The British have continuously been filmmaking pioneers, developing and innovating in key areas such as cinematography, art direction and screenwriting throughout the history of cinema and despite only being a small island it has time after time created adored films capable of rivalling that of Hollywood.

Throughout history, engineering a diverse array of cinema including, post-World War thrillers, black comedies, independent horrors, kitchen sink drama and pulp gangster movies. The United Kingdom has a film scene like no other which is both rich and diverse, thanks to its technical wizardry and thriving talent pool.

The most remarkable thing about 21st century British cinema is its exceptional ability to craft a host of extensive, unprecedented and iconic films that are both unique and idiosyncratic to the nation in which they are unmistakably produced.

The British are indescribably proud of the cinema that they produce, focusing predominantly on the development of illustrious, revered comedies (Shaun of the Dead, Hot Fuzz), low-budget horrors (The Descent, 28 Days Later, Kill List), to its boundary pushing of powerhouse dramas (Weekend, 45 Years, Fish Tank, Shame, Control), inimitable gangster films peppered with black comedy (Snatch, Eastern Promises, Bronson, In Bruges), and several independent masterpieces of social commentary that revolve around upbringing and societal circumstances in working class Britain (Billy Elliot, Slumdog Millionaire, V For Vendetta) as well as its potential progression to criminal activity and its subsequent consequences (Starred Up, This is England, Kidulthood, Harry Brown).

However, on occasion, productions made within the United Kingdom can struggle to make headway beyond its own waters at the hands of a number of factors, including, restricted or limited international cinema releases or minimal advertisement budgets.

Both of which can frequently be quite damning for a films reach and subsequent reputation, as flawless pieces of work can remain unnoticed, disregarded and entirely wasted without being witnessed by larger audiences, which is undoubtedly a crying shame. Here are fifteen great pieces of recent British cinema that are often overlooked. 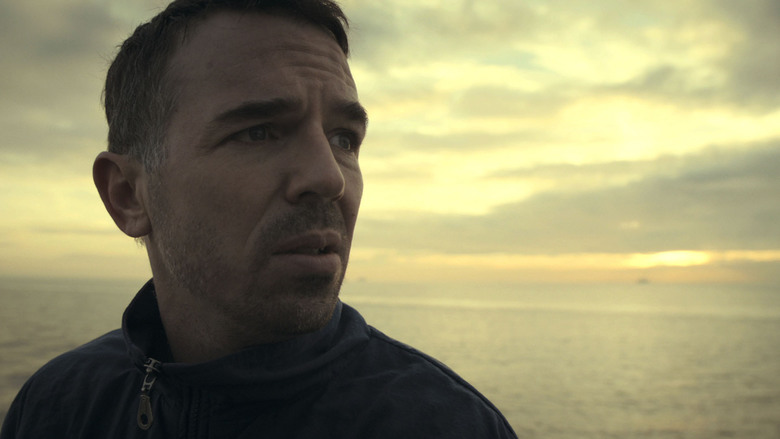 “Wild Bill” is the narratively absorbing, frequently hilarious and endlessly endearing East-London drama faultlessly written and helmed by the first time director, Dexter Fletcher. Following Charlie Creed-Miles titular character Bill Hayward, who upon being released from an eight year stint in prison, returns home to find his two young children abandoned by their estranged mother and scraping through life by any means necessary.

What ensues is a captivating tale of the initially sceptical father ‘s demanding adjustment to not only life outside of prison, but as a father as well, interminably battling against his own son’s condemnation, his former associates constant pull towards a life of crime, and societies disapproving opinion of the infamous Wild Bill.

Aside from its charming and captivating script that makes impressive room for elements of drama, comedy and crime, “Wild Bill” is bursting with extraordinary performances that serve to enrich Fletcher’s fascinating script, including a young Will Poulter as Bill’s eldest son Dean, an old before his years fifteen year old torn between providing for his younger brother in the absence of their parents and living his teenage life amongst his peers.

On top of the leading performances by all of the Hayward clan, there are several imposing villainous roles menacingly filled by Leo Gregory, Neil Maskell, Iwan Rheon and Marc Warren, as a group of intimidating drug dealers who contaminate the council estate environment, threatening the life of Bill and his family. The group of criminals are fronted by a perfectly cast Andy Serkis as the community kingpin, in a rare role away from Hollywood motion capture work.

“Wild Bill” effortlessly stands as one of the finest and undeniably most underrated British films of recent years, a charming and confident twist on the overused formula of the crowded British gangster genre, that is not only well-written, but well-acted as well.

A faultless and true to life depiction of working class life in London that is full of sentiment, heart and conflicting wisdom that modestly underplays any aspect of redemption or heroism, and concentrates on forming a beautiful father-son dynamic at its core. 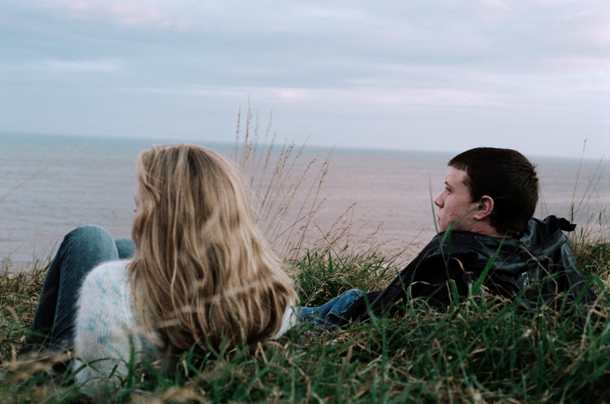 Prior to his audacious construction of his unflinching drama “For Those in Peril”, the Scottish writer and director Paul Wright had only previously experienced working on the creation of short films, including his impressive debut, the distressing 20 minute short “Believe” and his significant BAFTA award winning “Until the River Runs Red” in 2010.

It was these promising pieces of diminutive cinema that helped to portray Wright as a highly knowledgeable and capable filmmaker, subsequently leading to his encouraging appointment by Warp Film and Film 4 in 2013 to undertake his first feature length.

Following Aaron, portrayed by George MacKay, a sole survivor who returns home to his small rural village following a tragic fishing expedition. The boy consequently has to deal with the devastating impact of survivor’s guilt, as well as the peculiar small community’s religious and superstitious ways which only serves to turn the locals against him.

As is the case with several close-knit communities, tragedy can be dramatically heightened, and Aaron unintentionally obliges as a constant heart-breaking reminder to those who were lost. Director Paul Wright who grew up in a similar fishing village in East-Scotland perfectly executed this damning atmosphere.

A roaring success originally seen at Cannes Film Festival, “For Those in Peril” went on to further critical response, both domestically and internationally applauded for its bold risk-taking, mesmerising structure, atmospheric story-telling and faultless performances.

Yet since its initial celebration by critics during the festival circuit, it has struggled to captivate audiences, as the highly undervalued piece of British cinema remains predominantly concealed and unseen by many audiences, taking a pitiful £2,500.00 at the box office.

It does however, remain to be a must see independent drama for serious cinephiles that never fails to be enormously powerful or daring. 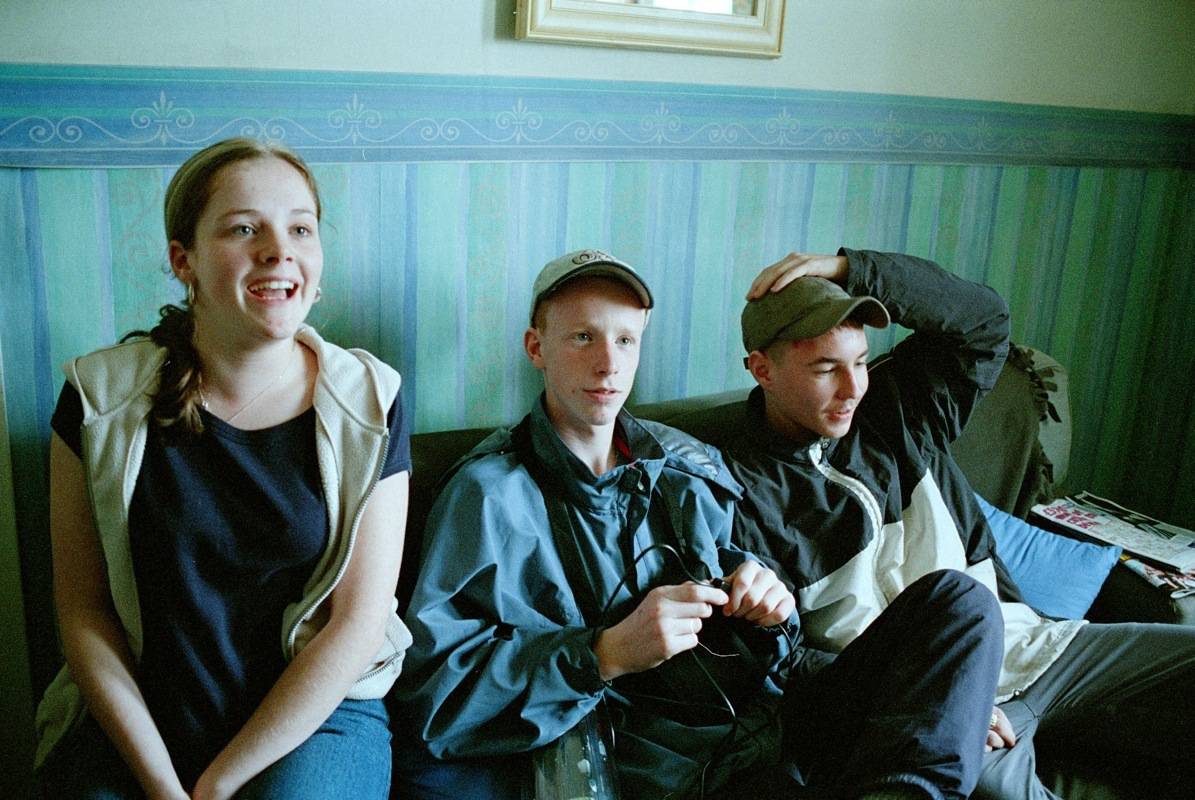 A lesser known piece directed by British cinematic royalty Ken Loach, best known for impeccably crafting a number of domestic masterpieces that navigate real-world scenarios and concepts, frequently regarding the difficulties of growing up in working-class Britain, including, “Kes”, “Ladybird Ladybird”, “Land and Freedom”, “”The Wind That Shakes the Barley”, and his recent Palme d’Or winner “I, Daniel Blake”. “Sweet Sixteen” centres on an underprivileged Scottish teenager Liam, whose determination to lead a normal life attempts to raise money for a home for himself and his mother.

Set against the bleak backdrop of the gritty, hopeless and despondent streets of Greenock in Scotland, a deprived village where crime rates were high and life prospects are considerably low, the simple yet affecting drama “Sweet Sixteen” is a realistic, disarming tale that exquisitely captures the dreadfully limited opportunities and traumatic horrors of growing up in a disadvantaged environment against all odds of success. Its excessive use of profanity has since been suggested to be the courageous pieces main reasoning for a lacklustre performance at the box office.

One of the influential director’s most commanding and pivotal portrayals of despairing British life, the uncompromising “Sweet Sixteen” much like his magnum-opus “Kes”, uses amplified pragmatism and a sense of obduracy to imbue a slight hint of buoyant optimism amongst the dishevelled town in which it is based.

Written by Loach’s long-term collaborator Paul Laverty, he spins a beautiful, yet grim account that is considerably carried by a prodigious lead performance by Martin Compston as the troubled teen, Liam. Compston was a local resident of the village of Greenock, surprisingly acting for the very first time. 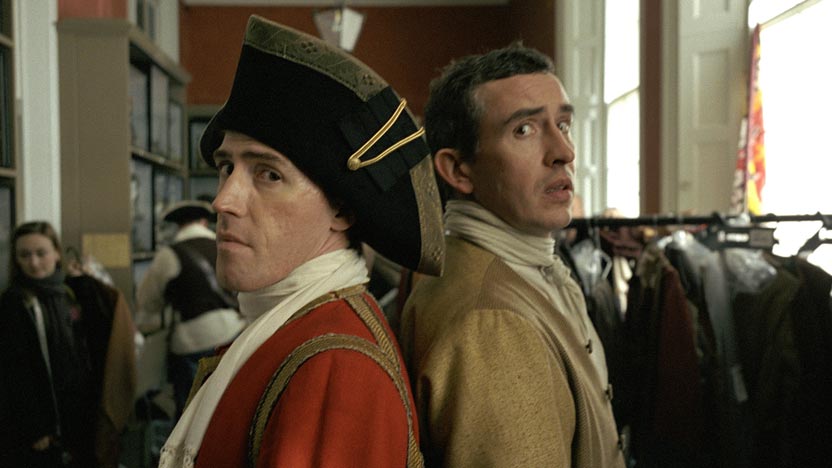 Based on the book “The Life and Opinions of Tristram Shandy, Gentleman”, a humorous 18th century novel by Irish author Laurence Sterne which centres on a man failing to write an autobiography, “A Cock and Bull Story” is a film within a film, featuring Steve Coogan and Rob Brydon as excessively warped versions of themselves, as the pair of actors attempt to construct a cinematic adaption of the metafiction novel, in turn, appropriately failing to do so.

Re-teaming with actor Steve Coogan following the success of “24 Hour Party People”, director Michael Winterbottom and screenwriter Frank Cottrell Boyce’s apparently un-filmable telling of “A Cock and Bull Story” is a bizarre, typically British mockumentary that seamlessly sums up the entire nation’s unique sense of humour in one swoop – a self-mocking, self-aware, purposely chaotic and endlessly fun lark that never fails to instil intrigue and hilarious disorder in the vein of the pioneering Monty Python team.

A decidedly audacious and diverse director, it was at this point that Michael Winterbottom was heralded as one of the most creative and exciting filmmakers currently working out of Britain.

The faultless pairing and subsequent chemistry between Steve Coogan and Rob Brydon displayed in the inventive and spectacularly entertaining “A Cock and Bull Story” has since led to the pair of charismatic actors working together with Michael Winterbottom on the adored cult comedy BBC television series “The Trip”, in which the same intensified versions of the mesmerising actors are utilised. 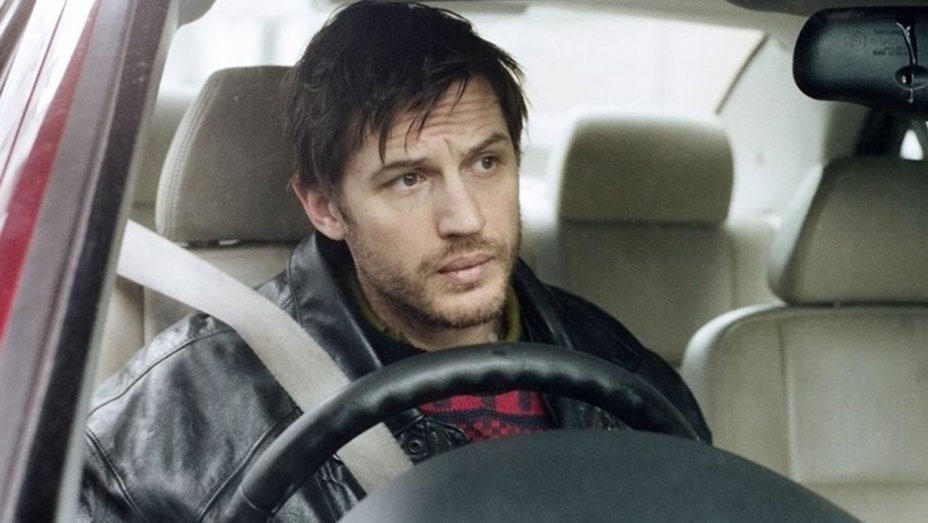 Based on the ground-breaking theatrical production of the same name, the peculiar musical “London Road” lays its creative foundations on the macabre subject matter of local serial killer Steve Wright, better known as the Suffolk Stranger, Wright was an Ipswich resident responsible for the murder of five women, the piece successively documents the local community in the wake of his conviction and what it means to be at the centre of such a harrowing tragedy.

Receiving unanimous critical acclaim of the celebrated stage performance which deservedly received five star reviews from the majority of critics, due to its profound depth and thoughtfulness towards its difficult subject matter, leading to the praised production being awarded best musical awards in 2011.

Unfortunately however, the film, most notably starring Tom Hardy and Olivia Colman, did not share the same triumph as its source material, with the preponderance opinion suggesting that its transition to celluloid fell flat.

The writer of the musical that served as inspiration for the film, Alecky Blythe went to the town of Ipswich after hearing that a serial killer was at large. She later went on to record the accounts as told by local residents, sex workers who were potential targets, and members of the media who reported the fascinating yet horrifying story.

Both the play and cinematic adaption used only these pieces of dialogue, working a musical score around them, in turn, expertly crafting a believable and poignant vision of the events.

“London Road” has a defining sense of community at its heart, and although it can often feel as though it’s repeatedly drumming home the same message throughout, it effortlessly stands as an enthralling account of a small, often eventless town’s reciting of heart-breaking proceedings that don’t occur on a regular basis in Britain.

Often using real residents and locations that were affected by the events within the production, the creation of “London Road” has since been stated to have helped heal wounds in the aftermath and even assisted in the growth of the local community since the Suffolk Strangers conviction.