A Nightmare on Elm Street is a landmark entry in the slasher genre. It’s smart, it’s charming, and fairly unique considering its status as a slasher flick.

Featuring twists and turns at every possible moment, A Nightmare on Elm Street always kept audiences on their feet wondering what’s next. Furthermore, Freddy Krueger has since been considered one of the most recognizable horror villains of all time thanks to his playful nature and memorable methods of murder.

The 2010 remake of A Nightmare on Elm Street is one giant eye-roll. Taking out all the humor of the original, we’re left with a morbid Freddy Krueger. This excessively dark version of the character lacks all the spark of the original and instead feels like every other generic slasher baddie. We’re given a backstory to justify his overall grumpy behavior, but that somehow manages to take away even more from the experience.

Haley does a decent job playing the character, but he’s so poorly written that it’d be impossible for him to truly shine. In addition, instead of playing with the viewers’ expectations regarding what is and isn’t a dream, this predictable remake plays it safe by mostly holding the viewer’s hand. In comparison to the original classic, watching this remake mostly felt like a nightmare. 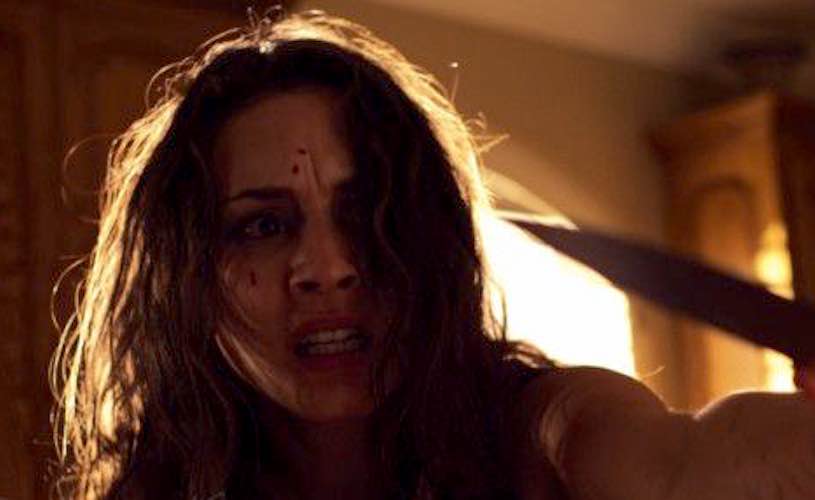 The original Martyrs is one of the most beloved movies to be associated with the French Extremity Movement. Though the over-the-top gore wasn’t to everyone’s taste, the people who liked the movie really liked the movie. It challenged the viewer by putting them through a rollercoaster ride of blood, guts, and style. It sought to disturb viewers and in many ways, it succeeded. Some may call it empty-headed, but plenty of people also believe the film is a landmark in the genre.

Another argument regarding the film is whether or not it can be successfully replicated. In the same way that people believe many novels are “unfilmable,” people believed that Martyrs would be impossible to successfully remake. If the recent remake is anything to go by, it’s safe to say that the property should be left alone.

This limp and highly Americanized remake of the original is a tame copycat of the the groundbreaking French bloodbath. The first and hopefully last attempt to replicate Martyrs is soulless and inept. The original is so well-regarded because of its boundary pushing violence. This remake lacks the bite found in the original and suffers as a result.

Over-the-top violence isn’t always something that works in horror films. However, that was one of the reasons the original worked so well. Sanitizing the violence in Martyrs is akin to remaking Avatar without the special effects. It just doesn’t work. 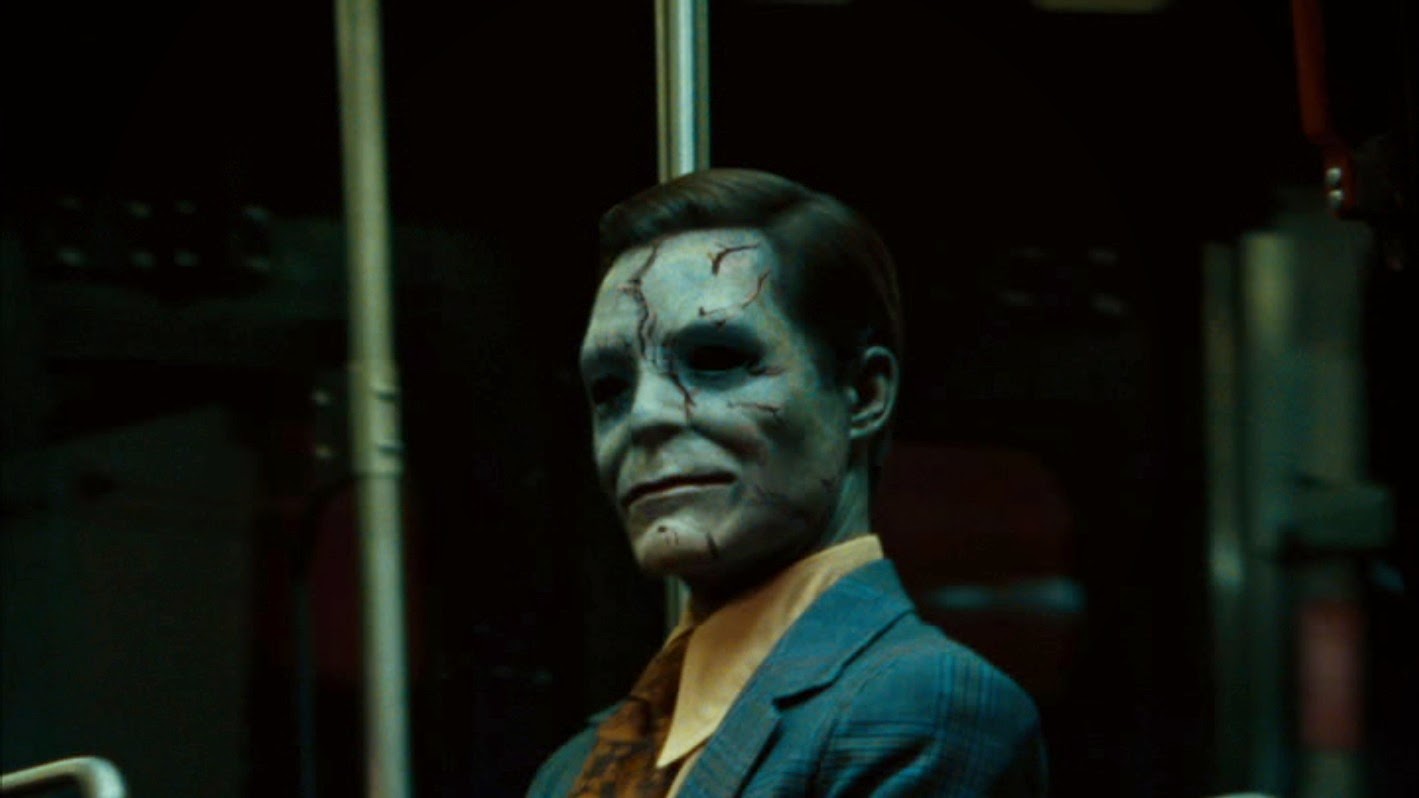 Takashi Miike is a prolific Japanese filmmaker with some seriously solid movies to his name. Unfortunately, One Missed Call is not one of those movies. His attempt to jump on the J-Horror bandwagon did his career no favors, as his film ultimately earned him negative comparisons to movies like Ring and Ju-On: The Grudge. Checking off every trope in the book, Miike seemed like he was simply going through the motions in order to earn a handsome paycheck.

However, for everything the original Japanese film does wrong, it’s a masterpiece compared to the 2008 US remake. Coming out long after the J-Horror remake crazy that brought us a number of mediocre American remakes, this messy remake of One Missed Call was entirely unnecessary.

They got lucky with The Ring, but after numerous misses like Dark Water and Pulse, you’d think the people behind One Missed Call would get the hint to maybe leave the property alone. In the end, they released the absolute worst of the J-Horror remakes. With dull performances, silly special effects, and predictable scares, One Missed Call sits at a 0% on Rotten Tomatoes and rightfully so. 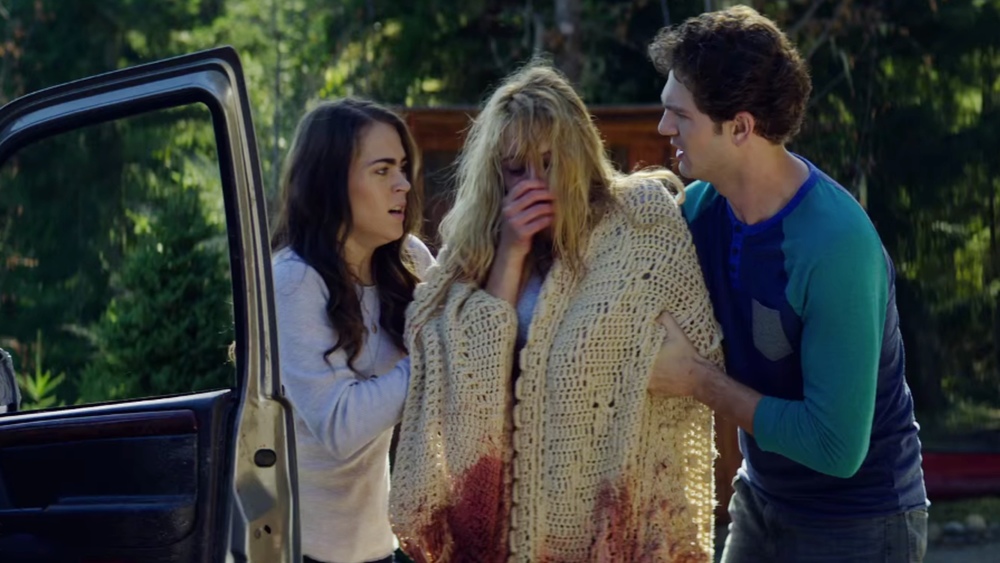 The 2016 Cabin Fever remake has got to be one of the laziest movies to come out in recent years. The fact that it exists in the first place is questionable. While the original Cabin Fever was a hell of a lot of fun, it didn’t come out all that long ago and it hasn’t necessarily earned a “classic” status. That’s definitely troubling, but that’s the least of this movie’s problems.

Cabin Fever is a near shot-for-shot remake of Eli Roth’s film that came out only fourteen years ago. When considering doing a shot-for-shot remake of a movie there are usually two major reasons. One, the source material is in a foreign language and the director wants to bring the essence of the original to a wider American audience (Funny Games).

Not only is the movie’s existence completely unnecessary, but the film itself is also just not as well made as the original. It’d be a little easier to forgive if it improved upon the original in terms of acting or cinematography, but sadly this remake doesn’t top the original in any significant way.

The cast members are cardboard, the filmmaking techniques are lackluster, and the few changes brought to the film do little to keep the audience invested. The original Cabin Fever is easily accessible and far from old enough to feel outdated. Do yourself a favor and check it out instead.

Unlike most of the movies on this list, I highly advise that you watch the 2006 remake of The Wicker Man. Obviously since it topped the list, you know that this recommendation isn’t a result of the film’s quality. Rather, the film is earning a recommendation in the same way that Batman and Robin would.

You just need to see it to believe how ridiculous everything is. In terms of unintentional hilarity, The Wicker Man is an absolute goldmine. Seriously, take a minute and look up “Not the Bees” on YouTube and you’ll understand the so-bad-it’s-good appeal of this travesty.

As a horror film, The Wicker Man fails in every way imaginable. It’s not scary, unsettling, or even remotely suspenseful. Because of that, it tops the list. The Wicker Man in no way strives to be a comedy. It puts on a serious face throughout the entirety of the movie. However, at one point one has to wonder how the film is supposed to be taken seriously when it features Nicolas Cage in a bear suit.

The Wicker Man is absurd in every possible manner of speaking. The original is joyfully strange and shocking, while the only shocking part about the remake is its unintentional comedy. Cage’s The Wicker Man is the exact reason we have things like Mystery Science Theater 3000.