I put these two together because in a lot of ways they’re similar performances that manage to achieve similar things. They’re both endlessly likable, but realistically flawed, with their signature humour rooted deeply in sadness and pain, and they both deliver these contrasting sides without a moment of doubt.

Chris Pratt was a revelation as Starlord aka Peter Quill, bringing an old school leading man chrisma to the role in the vein of Errol Flynn, while being written very much to our modern sensibilities. If played wrong, Starlord could have easily been an obnoxious douche who’s only hilarious to himself, but Pratt had the chops to make even the silliest of actions entertaining and charming.

But he goes beyond just being fun; theres an awkward despair to Peter Quill, given root in the opening scene Pratt carries that weight through his whole performance, from every clunky dance move to quick quip. So when it comes to a head in his clumsy but earnest rousing the troops speech, and sacrifice at the end, it fits neatly with the rest of his character.

Bradley Cooper not only had to sell us on a wisecracking CGI Raccoon being real, but make us care about it with just the power of his vocal performance. And of course he does. Similarly to Pratt it’s his initial humour that makes us like Rocket, his smart-alec attitude with a kick of badass, Cooper talking with an uncharacteristic wild brashness that suits the animal’s demeanour.

But even more so than Pratt, Cooper plays Rocket with a damaged edge that his humour barely hides, making those moments it cuts to the surface work to heart wrenching effect; from his drunken raging about his tragic origins, to him morning over his best friend. In many ways Cooper’s Rocket isn’t so different from a lot of funny characters with sad stories, except for the fact he’s a talking Raccoon- I guess it’s the little things that make the biggest differences.

At this point it’s near impossible to separate Robert Downey Jr from his movie counterpart Tony Stark. The posterchild for the whole damn Marvel Cinematic Universe, it was his film and his performance that set it all in motion. He brought the swagger, the smarm, and near superhuman charisma needed to embody the, at the time more B-list superhero, and jump-start one of the most impressive feats in modern Cinema.

He’s everything you love to hate and hate to love about too smart-ass for their-own good characters. So it’s no shock that much of that first film’s dialogue was improvised by Downey and his Co-stars. But it goes further than just being entertaining. In contrast to the bravado of his character, Downey knows how to give us a glimpse of the heart beneath the suit, those rare moments where his wits fail and he has to be human.

This is seen strongly in the first act of Iron Man, as Tony fights for life while captured by terrorists, but is most poignant in the sloppy but well-acted third instalment. That sees Tony dealing with panic attacks, moments that are genuinely heart breaking thanks to his performance, and leave him at his most vulnerable. The only reason this didn’t rank higher is because it’s gotten so hard at this point to tell where Robert Downey Jr ends and Tony Stark begins.

Outside the TV shows, Hiddleston’s Loki is easily the best villain we’ve had so far in the MCU. Part of that is because he has had multiple movies to develop over; but far more than that is because he’s portrayed as the most human, even compared to the actual humans. I know I’ve been using the word human a lot, but in a world of superheroes being convincing as one of us is the real trick to pull.

And Hiddleston pulls it well; as, though he plays crazed and creepy power hungry villain as well as the best of British actors, he plays sad, neglected son just as well and pathetically. Hiddleston captures the burning core of Loki, his anger but more so his pain; his aguish of being a child of two worlds, and his hurt over never being as good as Thor. He’s so sympathetic because Hiddleston plays him like a scared child a lot of the time, that space between angry and pathetic, feelings we can all relate to.

And we know if he could just get his head on straight he’d get everything he wants, but he never will. Kenneth Branagh directed the first Thor film, and that fits beautifully because like Hiddleston they realized Loki is in many ways a tragic Shakespearean character, always capable of getting everything he wants – if it wasn’t for himself.

Mark Ruffalo had one of the hardest tasks in all of the Marvel films when he took on the role of Bruce Banner. He had to forge his own unique, three-dimensional take on the troubled scientist, while in the middle of a big-ass team-up movie, which was also his first outing as the character. And he did it.

A versatile character actor, Ruffalo slips into the role like he sowed it himself, crafting a softly bubbling intensity to his Banner, plateaued by a shy and sleepy demeanour. He moves like he’s walking on needles, displaying an open vulnerability that sets him apart from his repressed and stoic team mates; but it’s his slow burning kindness that make those rare moments of rage so affecting, Ruffalo able to flip between reserved and roaring in a word, or build to it steadily.

But Ruffalo doesn’t just play Banner as a downer as he easily could, instead revitalising him with a dry humour and self-awareness that makes him all the more believable and sympathetic, as, despite everything he goes through, he’s still got hope.

If anyone deserves a shot at a solo film, it’s this Bruce Banner, but with no plans in sight let’s hope he pulls a Black Widow à la Winter Soldier, for his supporting role in Thor: Ragnarok. 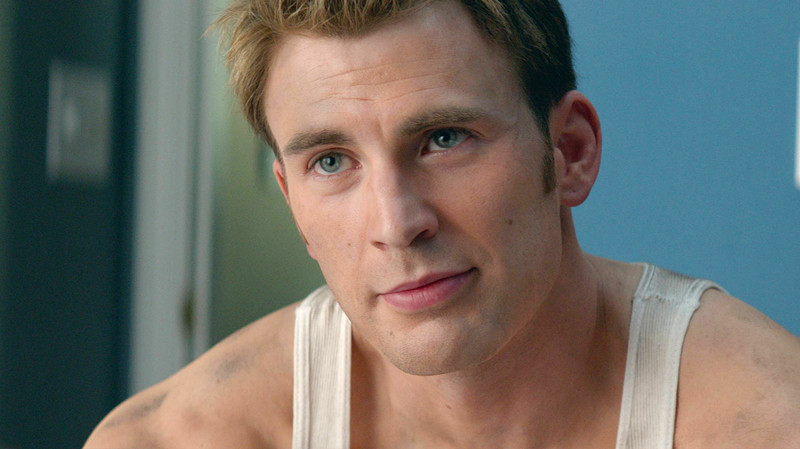 In many ways Captain America is the Superman of the Marvel universe, and like the Man of Steel if he’s played wrong he can come across as a bland, simple boy scout. These are things that Chris Evans’ Captain America are not…except a boy scout. Propelling off his vintage American values, Evans shaped a Cap that is not only as loveable and charismatic as he is kickass, but is just as complex and thoughtful.

Thanks also to the crack writing team; in Winter Soldier Evans manages to authentically carry the emotional weight of an aged Soldier struggling and questioning the new world he’s forced into, while never slipping into straight angst or losing his iron moral fibre.

Though as complex as he becomes in the sequel, the heart of his portrayal was born from his first outing as the Captain. With outstanding effects that still hold up, he slipped into the skin of a big hearted but small bodied Soldier flawlessly, who encompasses the naive ‘aw-shucks’ values of the era, and it’s that same doofyness he carries though all his performances that keep this super-man undeniably human, while also being the core of his conflict with his new morally grey world

It’s a lot to portray for a character that could have easily just been another ‘good-guy’ and who in the public culture just needed to kick-ass and be American. And Evans has never failed to deliver.

Coming off his towering performance in The Wrestler people were pumped to see Rourke take up a Marvel villain mantle, to add new depths to the idea and take it to new heights for the universe. And he delivered, giving us an intensely charismatic villain who still bristled with fun and strange human nuances that set him apart from the usual ‘take over the world’ type; he felt personal which not many MCU villains can lay claim to.

So it’s just a pity so many of those layers were cut out of the final film, and that he put so much work into such an undeveloped story and underwritten character. But even with those handicaps Rourke still put in the work, and deserves the recognition for that.