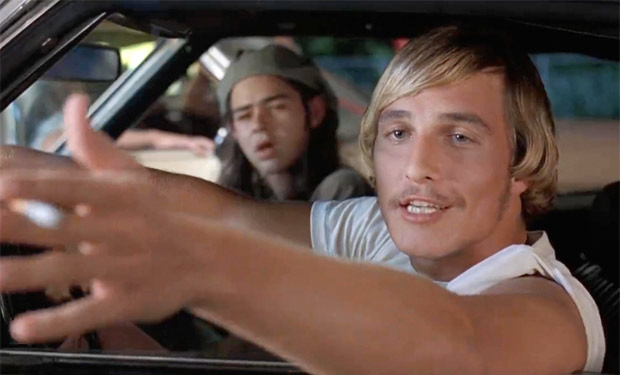 “That’s what I love about these high school girls, man. I get older, they stay the same age…”

In his debut film performance, the Oscar winner plays just one of many young souls looking to make this particular night, the film is set over the last day/night of the school year, one to remember.

Wooderson is older than the rest, a working man who never wanted to leave the care-free fun that comes with being a teenager. With rascally charm mixed with a slightly wiser, more knowing sense of the world compared to his teenaged buddies, Wooderson stands as both a breezy, bright future but also as a warning. The party has to end sometime as adulthood looms.

McConaughey brings a roguish charisma to his role. That confident stride and slight wobble to his stance. The way he masters the various hand greetings with his friends.That cool Texan drawl, amplified by beer and weed, only emphasizes his laid back attitude and desire to keep the good times rolling.

4. Ethan Hawke as Jesse – The Before Trilogy 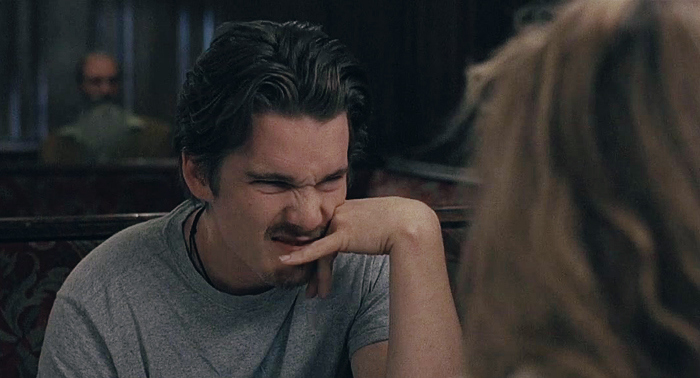 Across three separate films spanning close to two decades, Hawke’s Jesse evolves from a cynical, slightly astray young man to loving partner and father who still has deeply felt doubts about love, relationships and becoming a fulfilled adult who is happy with their world.

From meeting Celine and making a deep connection in Vienna to portraying the frays and problems of a long term relationship in Greece, it’s a performance that naturally grows just as an adult does. Hawke superbly portrays the ideals and dreams of a travelling young artist; articulate, sensitive and guarded, in the first film.

In the second, we see him find success in his career but still unsure of who exactly he is as a man, as someone who yearns for the most profound of connections yet is aware enough of fleeting and obtuse they can be. By the final installment, he’s a loving father and fully formed adult, and the love he and Celine share has evolved itself into something neither of them can fully grasp.

Across all three films, all dialogue rich, Hawke shows how one can talk with such self-assured rhythm and eloquence, yet still not fully believe every word. How our ideals, desires and needs change as the years tick on. How the first explosions of love and romance give way to practicality and rationale. Hawke commits to every word and action, displaying knowing signs of joy and connection with nothing but a coy smile.

3. Julie Delpy as Celine – The Before Trilogy 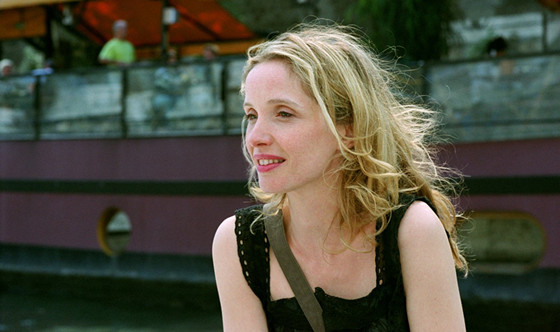 Playing perfectly off Hawke across the trilogy, Delpy portrays Celine as an extremely intelligent, soulful woman who herself worries that the ideals and beliefs she maintains are the best for her, and her family, as she evolves through the years.

More conventionally romantic than Jesse, more prone to the whims of the heart, Celine begins the trilogy as young woman making sense of lost love. She immediately recognizes a kindred spirit, yet know all too well the pains of ‘loving too much’. Delpy makes Celine both open yet cautious, perfectly showing how easy it is for connection and romance to lead to doubt and fear of being alone.

More mature and grounded in the second film, Celine still can’t resist her heart’s urge to pull the two closer together after so many years apart. The song she plays Jesse on her guitar about their brief encounter is a beautiful moment of expressing a deep longing that’s needed to emerge for some time. By the final film, Celine is a devoted mother but at a crossroads in her career. In a powerful scene at the hotel they are staying, Delpy brings a painful depth to their argument.

In a voice blending both regret and fury, she explains her love for him may have faded with time, their deep connection could only last so long as their individual perceptions of life came into conflict. How can our fantasies co-exist with our imperfect realities? Delpy gives a naturalistic, powerfully intelligent performance of a smart, independent woman who is constantly torn between head and heart. 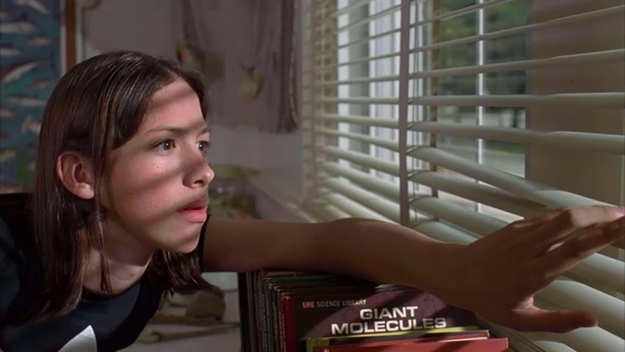 The way he pinches the bridge of his nose perfectly encapsulates the pain and humiliation of being a teenager. In his debut role, Wiggins plays incoming freshman Mitch Kramer with the ideal combination of naivety and youthful enthusiasm.

Mitch goes from getting his butt severely paddled by the initiating seniors to drinking and partying with them, all in the course of a day. His wide-eyed optimism can flash to primal fear whenever his tormentors appear, and Wiggins creates a naturally awkward kid who wants to one of the ‘cool’ kids.

That wanting of acceptance, being part of this established clique while still being quite afraid of it is what really comes through in Mitch Kramer. He sees the kind of people he could very well become in four years time. But is that necessarily a good thing? As much as he looks up to Pink, Don and the rest of the gang, he also bares witness to their flaws.

These teens are approaching adulthood themselves, and it’s obvious they aren’t fully prepared. But he shouldn’t, and doesn’t sweet the big stuff too hard, not when there’s the chance to pass as a senior to triumphantly score beer for the crew and hook up with an older girl. It’s one of the most realistic portrayals of young teenaged life put on film. The fears, joys and utter perplexity of trying to fit in, wonderfully captured by a young Wiggins. 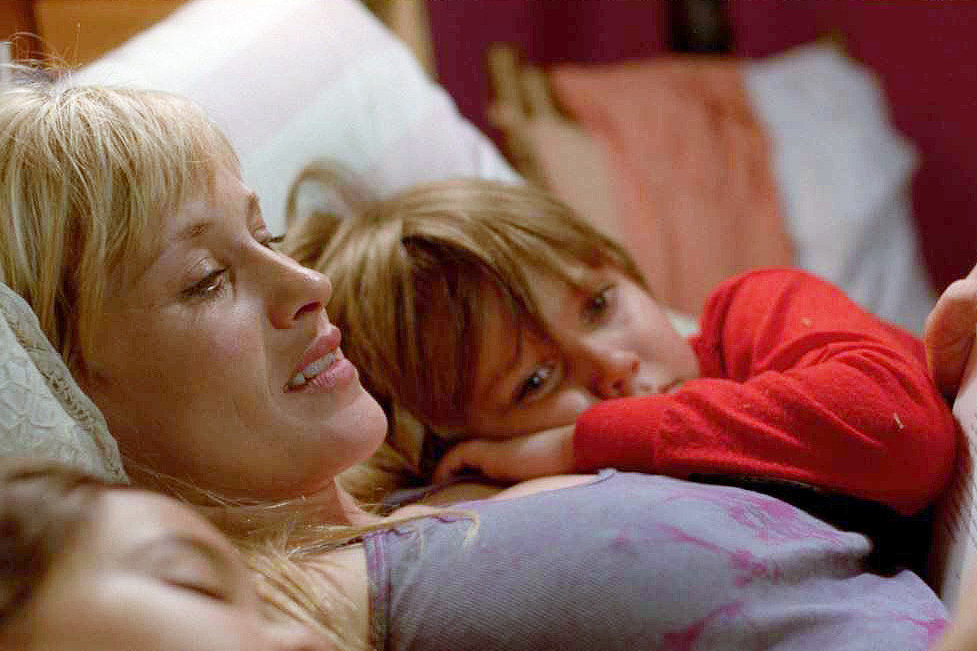 It’s one thing to commit to a role, especially playing a single mother. But to play the role over twelve years and give the character both a fitting evolution but never without losing her core, that’s something else. Patricia Arquette is beyond masterful playing the strong yet vulnerable Olivia, loving mother to the film’s growing protagonist, Mason.

Over the decade-plus passage of time, we see her playing a fiercely independent young mother trying to raise two young children. She goes from trying to better herself by applying for college to finding love for both herself and her kids.

A harrowing scene involving a drunken stepfather becoming increasingly abusive shows the range Arquette can deliver; both deathly scared yet still instinctively being the shield for her babies. Her constant parenting conflicts with their oft-absent biological dad (Ethan Hawke) also prove a highlight, seeing how loving and caring for them more than anything comes beyond naturally, it’s like a holy duty.

Arquette truly shines at the film’s climax. As her son finally leaves the nest, heading to college himself, Olivia breaks down with all the parental sadness one can muster. He is no longer under her care and her role, that duty of parentage has been lost. That feeling of being rendered helpless, and herself unable to help her son in the same way anymore, is an emotional highlight made all too real, too relatable for any parent, by Arquette’s astonishingly committed acting.