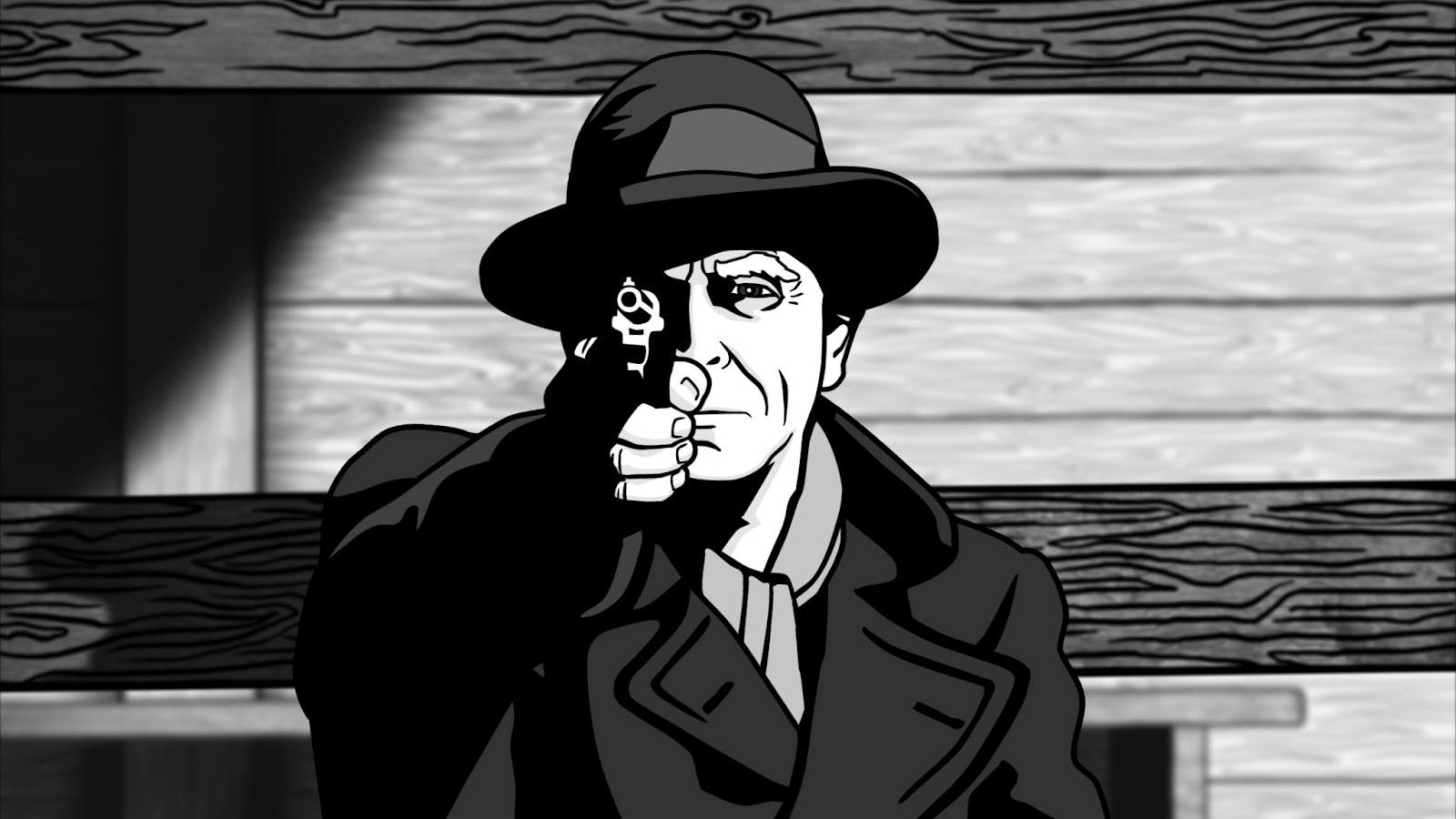 Tomáš Luňák’s feature debut – the adaptation of the comics trilogy by Jaroslav Rudiš and Jaromír 99 – is a visual triumph. And it is quite faithful to its source work, by virtue of the highly stylized B&W rotoscope animation which gives the looks of a graphic novel come to life.

Drenched in heavy shadows and silent drones, the dreary life of a middle-aged train dispatcher, Alois Nebel, falls apart under the pressure of lucid hallucinations of his childhood at the twilight of WWII. An encounter with a mute stranger turns things from bad to worse, whereas the blooming relation with a friendly cleaning lady, Květa, brings a spark of joy to Alois’s gloomy world.

A distorted mental balance not only of the protagonist, but of the marginalized people around him as well, is reflected in decrepit socialist architecture and creepy forests of The Jeseníky Mountains shrouded in thick fog (or in German – nebel).

Stuck in the oppressive and depressive surroundings, the smileless, well acted and precisely helmed characters of this noir drama remind us that reality is not always pretty. 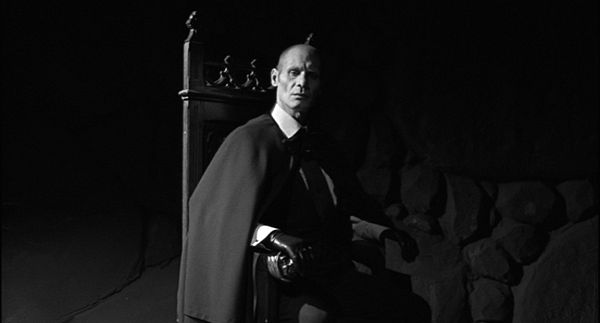 According to the claims by the connoisseurs of Pêra’s oeuvre, “The Baron (O Barão)” is the crown of his almost three-decade long career. Inspired by Kafka’s novel “The Castle”, silent expressionist films, especially by Murnau’s masterpiece “Nosferatu”, as well as by Lynch’s and Maddin’s avant-garde/surrealistic experiments, it drags you in a shifty, hypnotic nightmare of the baffled school inspector protagonist.

In spite of his aversion to travel, our hero (exquisitely played by Marcos Barbosa) comes to a remote village under the jurisdiction of an enigmatic Baron (Nuno Melo, brilliant) who invites him to his ramshackle castle. The Inspector’s unpleasant “sojourn” in that place defies any attempt at rationalization, given the unconventional narrative structure of visually inspired non-sequiturs that operate on dream logic.

The metaphorical depiction of an individual tragedy and the downfall of society (lead by tyrants from the shadows) is peppered with wry humor and characterized by frequent double expositions and haunting soundscapes. Also memorable is a wide, sinister smile of Melo who has the charisma of two cinema vampires, Kinski and Oldman, as well as a menacing aura of Mystery Man from “Lost Highway”. 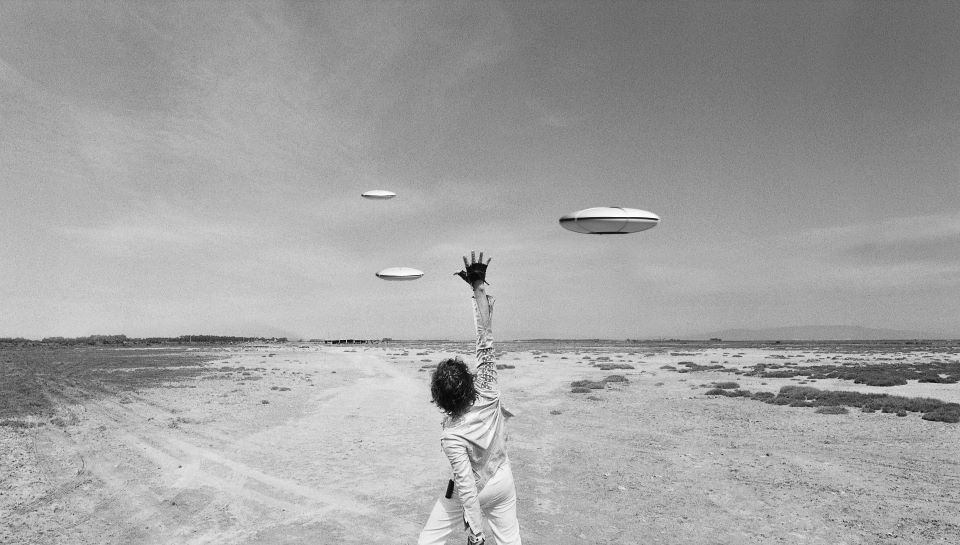 Davide Manuli gives himself full artistic freedom in a reinterpretation of the intriguing Nuremberg case which inspired Herzog’s “The Enigma of Kaspar Hauser”. By relocating distorted historical facts to a quasi-futuristic setting, he brings a bizarre, inimitable and self-ironic blend of a deadpan dramedy, techno-western and abstract mystery (starring Vincent Gallo, among the others).

His well-intentioned invitation to a party of quality banter is eagerly accepted by the entire team whose farcical stereo-performance recalls the experimental features such as “The Inner Scar”, “The American Astronaut”, “Finisterrae” or “Dharma Guns”.

Irreverent, provocative and utterly weird, “The Legend of Kaspar Hauser (La leggenda di Kaspar Hauser)” openly mocks Hollywood’s parochialism and our society’s deterioration. Manuli’s version of Kaspar (played by a girl!) is a tabula rasa in a postmodern limbo of über-caricatures who project their own neuroses and insecurities onto him.

The irrationality of a “story” and the characters’ eccentricity are alleviated by the pulsating score and horizontality of long, wide and beautifully composed takes which capture the contrast between the archaic environment (of Sardinia) and modern costumes. 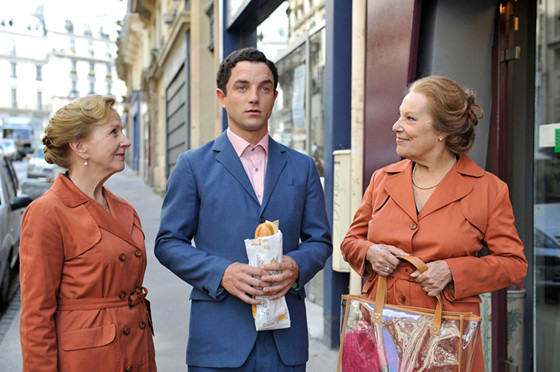 Even though Sylvain Chomet is famous for his animated wonders, his frolicsome, Jeunet-esque and Gondry-esqe live-action debut hasn’t got the attention it deserves.

“Attila Marcel” brings a bittersweet, delightfully odd and subtly whimsical coming-of-belated-age tale about a brilliant and traumatized man-child pianist, Paul, who hasn’t spoken a single word since the age of two, when he witnessed both of his parents’ deaths. Paul’s childhood memories – repressed by the overprotective spinster aunts who raised him – are unlocked with a little help of a spiritualist neighbor, Madame Proust, and her “spicy” herbal tea…

Evoking the pleasant feeling of nostalgia and taking a considerable risk by sugar-coating some serious issues, Chomet touches upon the themes of loss, love, family, illness, death, imposed wishes, domestic violence and the healing power of art through a quirky blend of gentle, melancholic farce and hallucinogenic, candy-colored musical numbers.

His eccentric dramedy’s strength lies in the magic-realist touches, as well as in the matching costume and production design, both decidedly retro-chic and imbued with meanings. 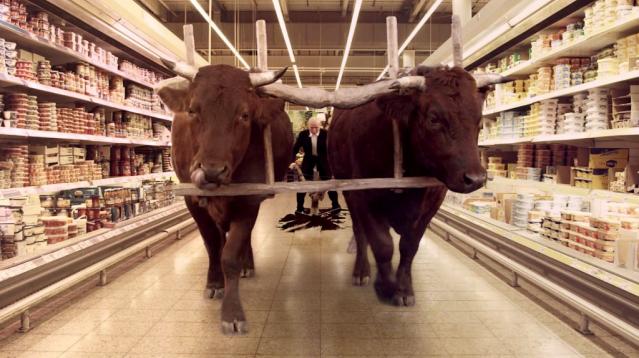 “Only in darkness can light be born.”

Inspired by “Divine Comedy” and rich with cryptic symbols, a poetic and meditative drama “Field of Dogs” seems like a big, lavish dream and it justifies its original title “Onirica” with almost every scene. Simultaneously, it is an intimate portrait of sadness and a philosophical on life and death, hope and despair.

It revolves around a young poet and literature professor, Adam, who loses his girlfriend and best friend in an accident. He gives up his job to work in a supermarket, casts emotions aside and finds solace in the conversations with his Epictetus-Heidegger-Seneca-and-Persian-poets-quoting aunt.

Juxtaposing Adam’s personal tragedy and disasters that have befallen Poland in 2010, Majewski establishes a pre-apocalyptic atmosphere and emphasizes the film’s gloominess with the strong chiaroscuro and muffled score. Via the cathartic imagery and sparse dialogue, he takes us on a quest for answers to eternal questions in the surreal world that exists between reality and the protagonist’s tortured psyche. 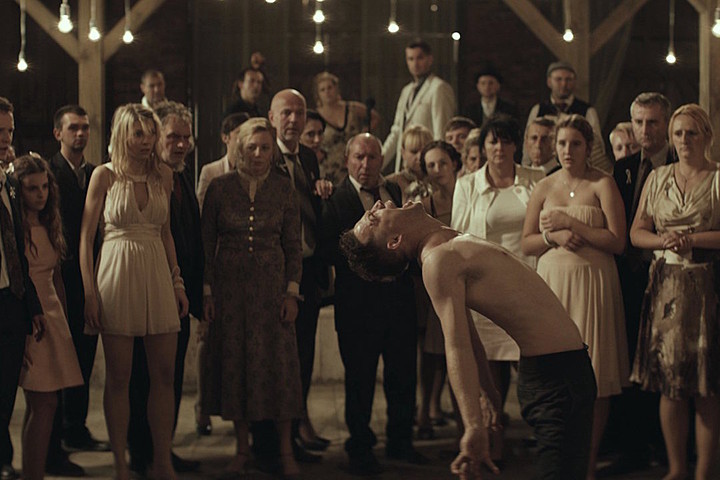 The Polish believe that rain on the wedding day brings good luck. But, what if the groom finds the human bones in the backyard of an old house – a gift from his future father-in-law? Does it mean that he will be possessed by an evil spirit (dybbuk) from Jewish mythology? The affirmative answer is given by Marcin Wrona’s testamentary feature.

The Israeli actor Itay Tiran plays Piotr ‘Pyton’ who moves from London to rural Poland – all for the love of Zaneta (Agnieszka Zulewska). However, the film’s very beginning indicates that their relationship is doomed – what follows only confirms our assumption.

The fear of that fateful ‘I do’, or rather, of the obligatory self-transformation for the sake of your darling one is deeply rooted in Wrona’s story which rises the nightmare of the wedding spree to a horror level. The haunting mystery that involves dybbuk is left without any solution – which some viewers certainly won’t like – yet “Demon” is far from being the cause for its author’s suicide. 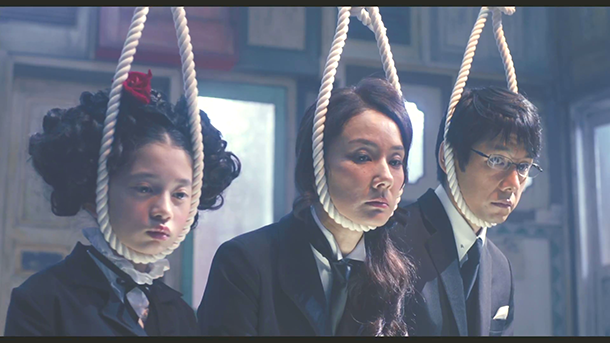 Yūichi Satō’s heroine is the thirty-year old Ichiko Sakurai who encounters a much younger guy, Ryoichi Saotome, after recently setting her eyes on him at a party. Indecisive, she stands as if frozen, while the eccentric quintet of personas in her head discuss her future happiness.

Wonderfully directed and starring Yôko Maki who can’t be any more ‘kawai’, “Poison Berry…” is not poisonous at all – on the contrary, its delicious (bitter)sweetness stems from its every minute, so over the course of its two-hour running time, it is never tedious. And not to mention that Ichiko’s inner struggles are packed in a barrel of deliberately and wonderfully over-acted fun. 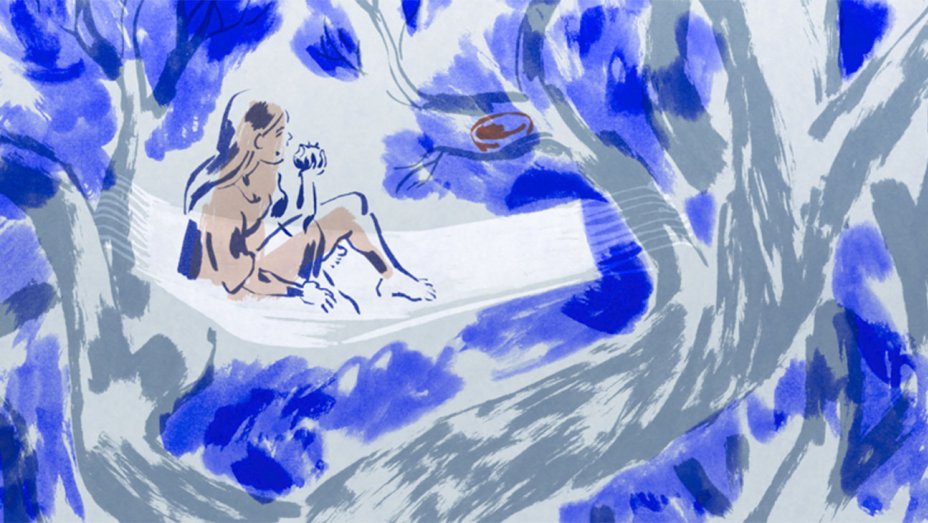 The hyper-stylized feature debut for Sébastien Laudenbach is a remarkable adaptation of a lesser known Brothers Grimm fairy tale. Rendered as a fauvist version of Asian ink wash paintings, “The Girl Without Hands (La jeune fille sans mains)” focuses on an impoverished miller’s daughter who loses both hands under her father’s axe all because of his mindless contract with the Devil.

A leisurely paced three-act story of goodness vs greediness and of the onerous journey called life has a universal appeal and a lot to offer, especially to the audience interested in Faustian pacts (involving the artistic portrayal of ‘Old Scratch’) and the narratives with a feminist subtext.

However, the strength of this lovable fantasy lies within its minimalist, yet stunning visuals which demonstrate Laudenbach’s brisk sense of line and color. The pulsating, nearly abstract drawings and delicate, unexpected brushstrokes form the poetic, multi-layered pictures complemented by the dreamy post-rock which creates an atmosphere of gentle, calming melancholy and transforms the film into a modern classic.