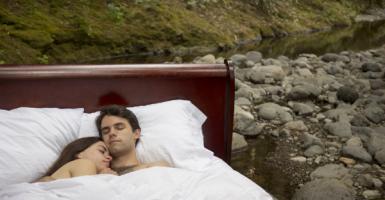 Josh Feldman and his co-writer and co-producer Britton Watkins join forces to prove that it is not impossible to make an attractive and challenging SF film on a “nano-budget”.

“Senn” follows the titular hero – a young man from the Orwellian planet Pyom – and his girlfriend, Kana, on a cosmic journey guided by an enigmatic and benevolent alien intelligence towards an ancient object called Polychronom.

In the course of the puzzling, thought-provoking narrative, Feldman and Watkins touch upon the themes of ecology, anti-utopia, human essence, conflicted realities, our place in the Universe and the (mis)understanding of different cultures. Simultaneously, they create a futuristic world with its own alphabet and explore the process of attitude formation in an oppressive environment.

Notwithstanding the lack of experience, they pay a great deal of attention to details and manage to turn almost all imperfections into the eccentricities. The wealth of ideas, as well as Wylie Herman’s deadpan portrayal of Senn & Kana’s kind host compensate for a bit “flat” digital photography. 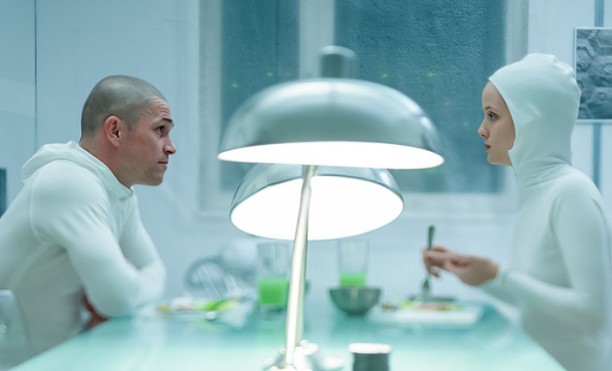 A black, surreal comedy/drama “Free Fall (Szabadesés)” pushes the boundaries of the absurd and delivers a sardonic commentary on the modern (Hungarian) society in the collection of seven mini-fantasies, all utterly bizarre.

Subverting the value system and toying with the form and genre conventions, György Pálfi of “Taxidermia” fame plunges the viewer into a farcical and unpredictable reality of his characters.

In a residential building of an elderly, suicidal and immortal (?) lady and her neighbors, the law of gravity does apply, yet the rules of common sense are constantly broken. This hermetic world is invaded by the phantoms of liberty and propelled by (un)holy motors, as the chant of a pigeon who sits on the branch, reflecting on existence, fills the air.

Elliptical, eccentric and somewhat similar to our own, it is inhabited by people who can not see the elephant in the room. Their wacky, irrational, provoking, seemingly disparate short stories form a well-tuned septet which plays the “ballads” of our many weaknesses. 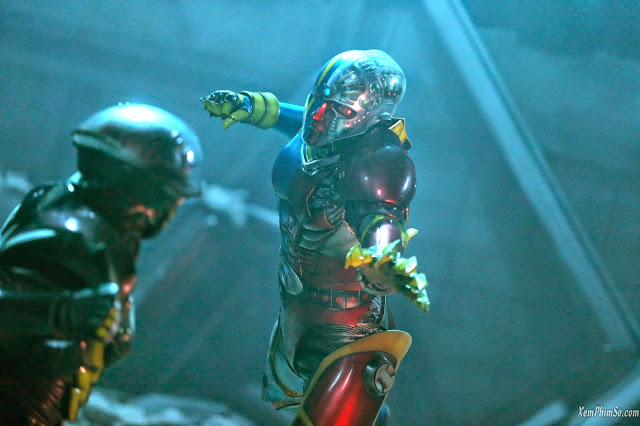 The early 70s Tokusatsu series – which got a decent Tezuka-styled adaptation on the threshold of a new millennium – is once again revived in the film by Ten Shimoyama who’s known for a ninja romance “Shinobi: Heart Under Blade”.

It revolves around Jiro, a humanoid android and the engineering “ARK Project” masterpiece with a built-in “conscience circuit” – basically, a center of free will which also gives him a possibility to develop a sense of morality. The suspicious death of his creator, Dr Nobuhiko Kōmyoji, leads him to doc’s children, Mitsuko and Masaru, whom he wishes to protect at all costs from those who changed ARK into DARK.

Although it is more credible than its source work and anime, the modernized “Kikaider” does require a healthy dose of suspension of disbelief, primarily because of the silly science the narrative relies upon. Dealing with the topics of human/thinking machine relation and their (im)perfection, this retro-fantastic action is not all about the flashy SFX – its big heart are the likeable protagonists. 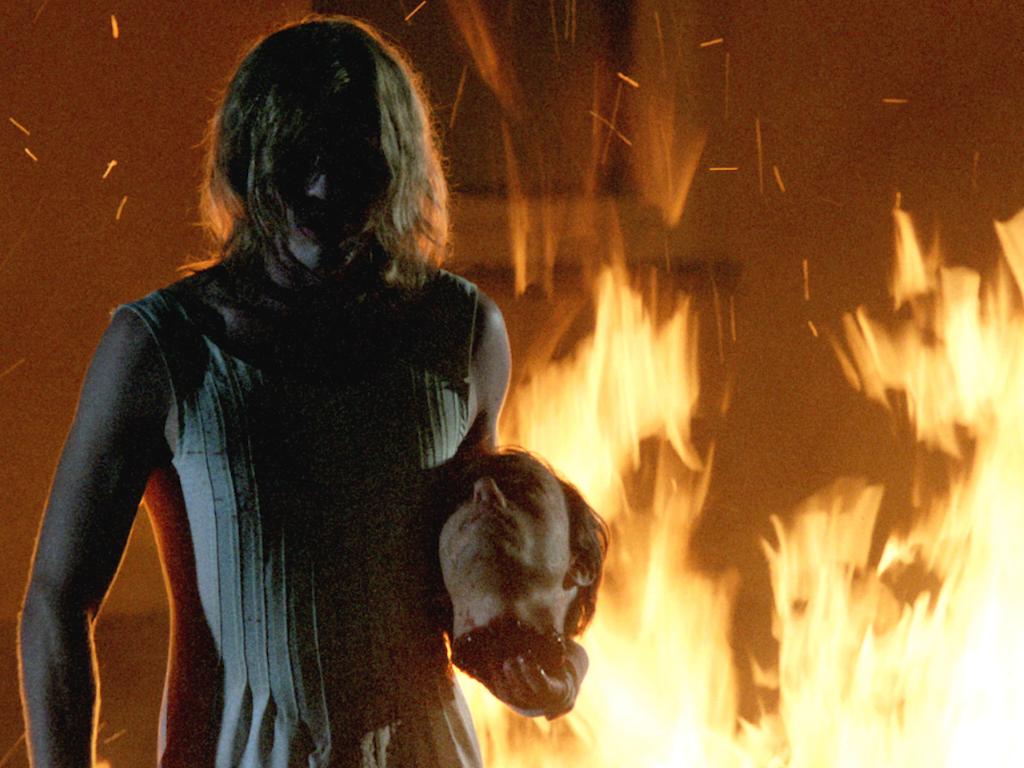 Till Kleinert is a name to watch. After demonstrating undeniable talent in his student short films with the recurring theme of personal liberation/transformation, he continues to impress with the feature debut “The Samurai (Der Samurai)”.

This bizarre psychological thriller/horror occurs during one night in a remote German village where a naive, reticent, possibly gay and not very self-confident policeman, Jakob, tries to capture an enigmatic and frenzied transvestite with a sword.

There are many answers to a question regarding the origin of the aforementioned eccentric stranger, as he may belong to physical reality or be a figment of imagination – Jakob’s alter ego, a demon of vengeance, an embodied lack of remorse or the human form of a wolf who roams the nearby forest.

One thing is sure – the hero/antagonist strong connection and fascination which define the surreal nightmare of an identity crisis story inspired by E. T. A. Hoffmann’s tales, “The Hitcher”, “Lost Highway” and “Little Red Riding Hood”.

Kleinert’s film could also be viewed through the prism of overcoming fear(s), but either way, it is an uninhibited, pleasantly uneasy and superbly lighted work of cinematic art.

In a devastated world of neo-Nazis, deified Michael Jordan and Ninja Turtle talismans, an unlikely hero, Candy, attempts to find a way to board a mysterious hovering spaceship together with his pregnant darling Birdy. Armed with a plastic toy sword, he starts a bizarre journey.

Across the post-apocalyptic landscapes of Ethiopia, the Spanish-born director Miguel Llansó takes us on a surreal adventure which seems like emerging from the Afrofuturistic dreams of Alejandro Jodorovsky, Terry Gilliam, David Lynch and Llansó’s compatriot Sergio Caballero (Finisterrae).

Utilizing pop-cultural artifacts as the objects of great spiritual and historical value, he delivers a sardonic, mythopoeic and self-ironic satire on idolatry and human stupidity. His low key sci-fi film about the ultimate stage of mankind’s downfall is simultaneously sad, funny, bold, weird and even philosophical in its irreverence.

Llansó’s twisted sense of humor is complemented by the naïve, yet committed performance of the non-professionals. Their “playground” – reminiscent of the Zone from Tarkovsky’s Stalker – is beautifully captured in wide-screen compositions accompanied by the brooding ambient score.

An ambitious directorial debut for the 28-yo actor Brady Corbet shows a lot of promise. Co-written with his partner, the Norwegian-born actress Mona Fastvold, and loosely inspired by Sartre’s short story of the same name, “The Childhood of a Leader” is an impressively crafted period drama about the roots of a fictitious fascist figure.

Set during the Great War closing and shrouded in mystery, it stars the British newcomer Tom Sweet as the brattish anti-hero, and Bérénice Bejo and Liam Cunningham as his icy-cold, austere and distant parents. Avoiding the nature vs. nurture debate and suggesting that some dark supernatural forces might be at work, Corbet refuses to reveal the true reasons for the boy’s obnoxious behavior and his frightening rise to power.

Via Scott Walker’s sinister, boisterous and cacophonous score and dreary browns and grays of the tightly framed shots, he establishes a bleak atmosphere which portends the upcoming dread of WWII. And by casting Robert Pattinson in a small, yet pivotal dual role, he shows a great sense of irony. 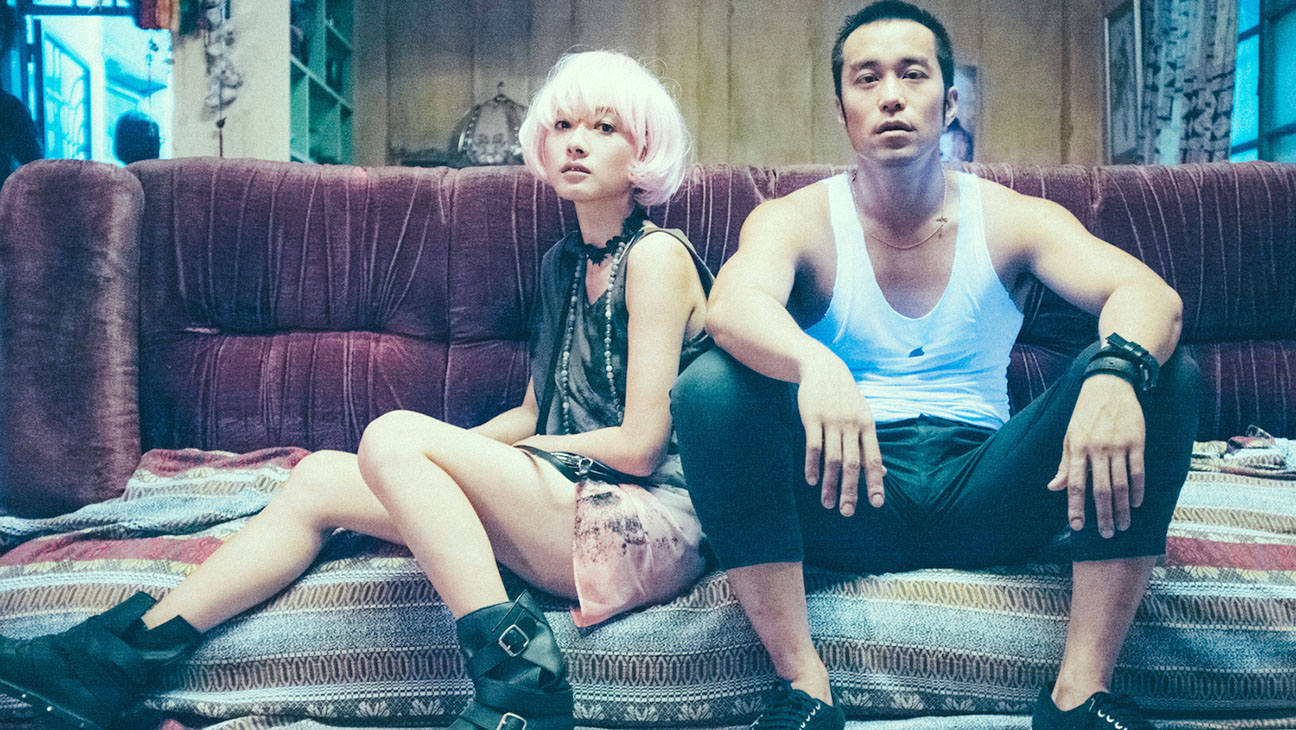 Stain removal is given a new meaning in Chung Lee’s skillful blend of romantic drama, action and crime-thriller with the supernatural bits and the elements of black humor.

“The Laundryman” focuses on an unnamed No. 1 contract killer who works for an attractive and enigmatic woman, A-Gu, in a laundry service where the chemicals are used to “rinse” and “belach” the evidence. After seeking help from a psychic, Lin, in getting rid of the ghost quartet, he attracts the attention of a policewoman, Jan, who’s highly suspicious of the wash house.

Addressing moral dilemmas, the freedom of choice and the battle of good vs. evil, Li effortlessly juggles with genres and toys with (but never fails) the viewer’s expectations. His film works due to interesting characters led by No. 1 who – portrayed by Hsiao-chuan Chang – manages to elicit our sympathy, notwithstanding his “profession”.

And by virtue of exquisite lighting and superb production design, as well as of the DP Hung-i Yao’s keen eye, “The Laundryman” brims with kaleidoscopic imagery. (Note: stay after the credits.) 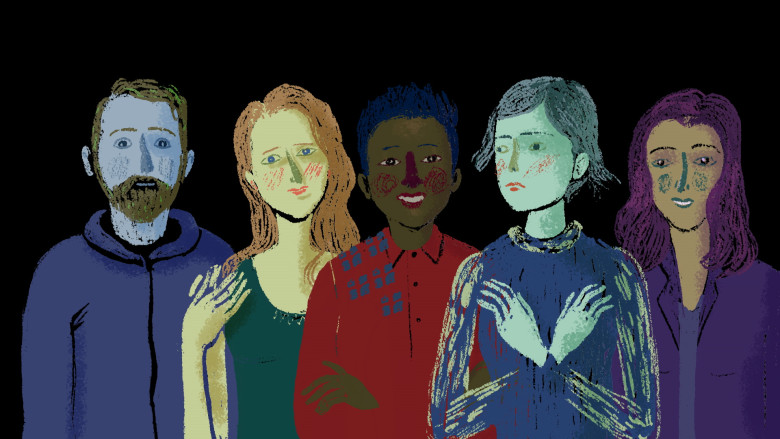 In 2015, five indie directors were tasked with envisioning and adopting each other’s dreams for the screen. The result of their experimentation is wildly varied, but consistent omnibus exploring the hypnotic nature of cinema, while addressing the issues of modern (American) society.

A framing segment “All Hypnosis is Self-Hypnosis” serves as an introduction for each of the quintet’s idiosyncratic shorts, whereby Maya Edelman’s hyper-stylized animated sequence hints at what awaits us around the corner.

From a bleak, Orwellian drama “Black Soil, Green Grass”, through gaga video art “First Day Out”, pre-apocalyptic farce “Beemus, It’ll End in Tears”, black comedy “Everybody Dies!” and all the way to Polanski-and-Żuławski-esque “Swallowed”, we are treated to a smorgasbord of unrestrained creativity.

The visually, stylistically and contextually diverse visions stress the importance of cultural heritage preservation, deal with the ex-prisoners’ resocialization, challenge gender stereotypes (and mock in the face of tyranny), address the high mortality rate amongst the African-American youth and explore a postnatal depression and self-loathing.

Whether you’re an adventurous cinephile or not, you can experience “Collective: Unconscious” on Vimeo or download it from the official page.