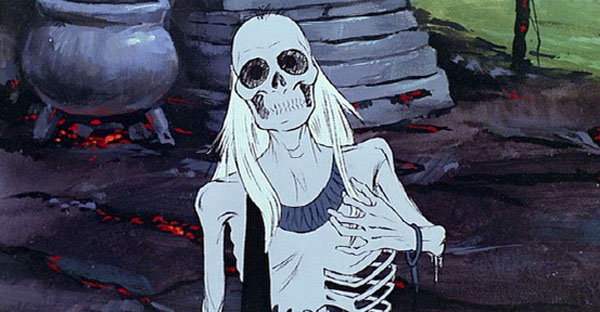 This was a co-production between Ralph Bakshi and Frank Frazetta. Bakshi is an animator mostly known for his use of combining animation and live-action sequences, from the 1970’s through early 1990’s. Most of his films were independently produced and contained adult themes. He is known for the films Fritz the Cat, Heavy Traffic, Wizards, The Lord of the Rings, American Pop, Coonskin, and Cool World.

Frazetta was a very well known fantasy and science fiction artist who did work in comics and became best known for doing oil paintings for books covers, album covers, and movie posters. His paintings of Conan and other sword and sorcery topics changed the way the genre was designed and greatly influenced future artists. He is considered the definitive Conan artist.

The film is basically an animated reaction to the popularity of the Conan films and other similar sword and sorcery films that were coming out at the time. The difference is that this one involved people that had done work on the Conan comic series, the screenplay was co-written by Gerry Conway and Roy Thomas who both had worked on the Marvel Conan series.

The film was done using a process called rotoscoping, filming live action scenes and then tracing them onto the animation cels. If you’re a fan of Frazetta, then this one delivers. It is the closest thing to bringing his paintings to life, delivering beautiful landscapes and a ton of action and violence. It is a must see for fans of Bakshi, Frazetta, and the Conan comics. 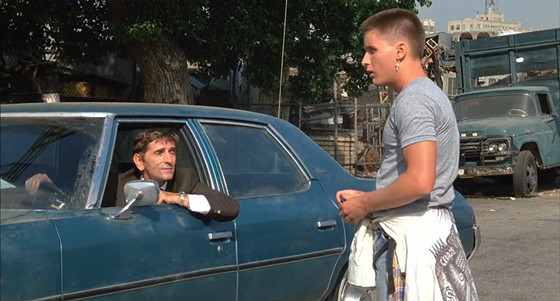 We’ll give you a hint… it glows in the dark” [7]. How many films can you say include a realistic gritty Los Angeles, repo men, teenage punk rockers, and aliens; most likely just this one. It all sounds pretty crazy and probably should not work, but it does and the result is one of the best cult movies ever.

Emilio Estevez plays punk rocker Otto, who ends up meeting veteran repo man Bud (Harry Dean Stanton) and gets involved in repossessing cars for a job. There he meets a world of unusual characters and their crazy lifestyle; including Bud who lives by a repo man code and snorts speed, a security guard that knits, the mechanic that speaks about the cosmic unconscious and how UFO’s are time machines, the black repo man that carries a gun with blanks, and the competing Spanish repo brothers. 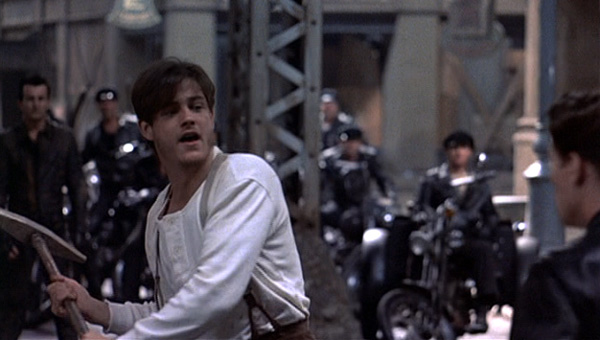 A modern western rock and roll fable set in a futuristic world where the style is in the 1950’s and the music performed is from the 1980’s. A biker gang led by Willem Dafoe kidnaps a popular singer (Diane Lane) and they bring in her mercenary ex boyfriend (Michael Pare) to rescue her. There are also appearances from Rick Moranis, as an asshole business manager, and Bill Paxton as a goofball bartender.

None of this should work, but for some reason is just does. The film is stunning visually with great sets, lighting, costumes, music, concert scenes, and the cars and motorcycles. It delivers plenty of action, explosions, and a decent final fight scene. The leads are all great, especially Dafoe who was able to show early on in his career at how great he was at playing the villain.

Walter Hill is a great director and you should take some time to watch all of his films. They might not have all been financially successful, but he has created a pretty high volume of movies that have gained strong cult followings.

12. Gwendoline AKA The Perils of Gwendoline in the Land of the Yik Yak (1984) 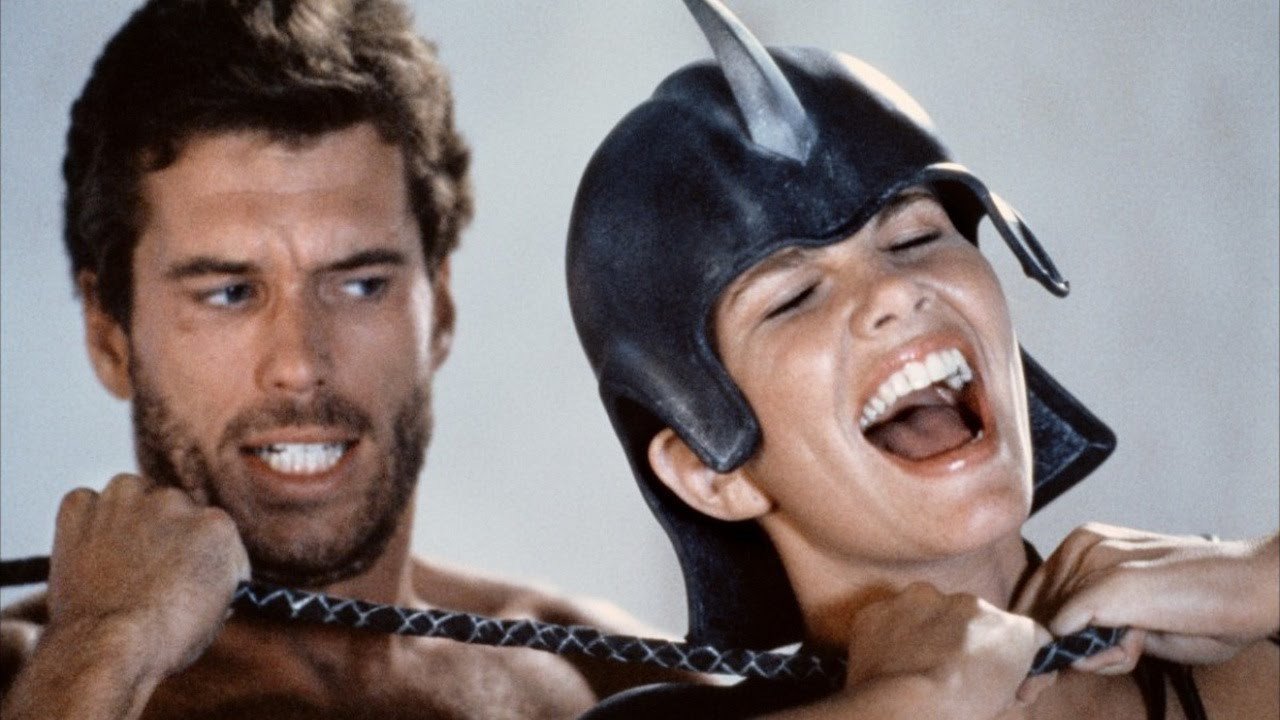 “Barbarella meets Indiana Jones” [8]. The tagline pretty much says it all. This is the ultimate in a guilty pleasure movie; you’ll either absolutely love it or hate it. It is a French produced action comedy sexploitation film that is based on a series of French bondage comic books from the 1940’s and 1950’s by John Willie.

It is a smorgasbord of everything that makes a great cult movie; it is comedic on purpose, overacted on purpose, mixes various genres together, there are beautifully shot scenes, nice locales and sets, great costumes, tons of nudity and sexual situations, action, violence, martial arts, an Indiana Jones/ Alan Quartermain type lead actor, Tawny Kitaen, a mysterious ancient Amazonian type female tribe, weird torture scenes, female chariot races, and a female gladiator battle for the right to have sex with the male actor.

She is joined by a female friend and an adventurer that they hire to help find him; taking them on travels through China, on a river via a boat, through the desert and jungle, and coming across multiple ancient tribes. It’s a wild ride and if you like some laughs and pointless nudity, then you should find this very enjoyable.

“In the blink of an eye, the terror begins” [9]. A sci-fi horror film directed by Tobe Hooper, the man that brought us Leatherface and Texas Chainsaw Massacre 1 and 2, and Poltergeist.

This was Cannon Films attempt at making a big budget summer blockbuster, which should have been a red flag to begin with. The next red flag was that the story involved alien space vampires that are brought to earth, with the main vampire being a female that is naked a majority of the film. So essentially they ended up making a very large budget cult film.

What the film does deliver on is a really hot naked female vampire, some decent special effects in outer space, and some excellent creature and make up special effects. The creature effects have to be some of the most memorable scenes in the movie.

The vampires don’t suck blood, but instead they drain the victim’s bodies of their lifeforce making them look all shriveled up and zombie like. But the victim doesn’t just die; instead they have to feed within a certain amount of time before they basically turn into dust. This is definitely worth your time if you’re a fan of the director or the sci-fi horror genre. 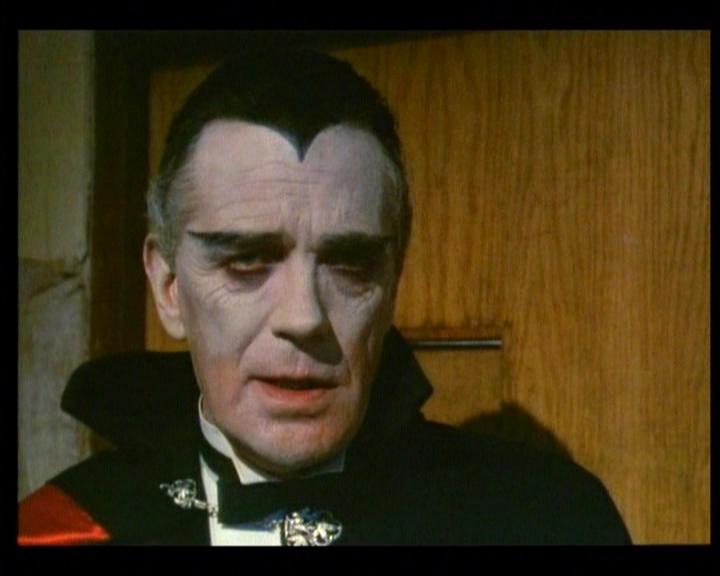 This is a British dark comedy featuring most of the alternative comedy group known as The Comic Strip, with the only one missing being Rik Mayall. The story involves a man (Adrian Edmondson) that lies about being a drug smuggler in order to get a girl to go on a weekend trip with him.

The police overhear him and force him to become an informant, known in England as a supergrass, for something that he knows nothing about. His lies end up having some truth to them, as there is actually a drug deal taking place at the location he made up.

If you know of the actors involved in this, then it’s not as wacky and insane as some of their other performances. This film has its moments but it’s mainly for people that have an interest in The Comic Strip TV series and the other actors involved.

The notable ones are Edmondson from the Young Ones and Bottom, Jennifer Saunders from Absolutely Fabulous, and Robbie Coltrane. There is a cool scene with Coltrane walking across a pier with waves crashing up against him while the song “Two Tribes” by Frankie Goes to Hollywood is playing. Alexei Sayle also has an amusing role as a motorcycle cop.

“Extermination is not just a business. It’s a way of life” [10]. This could best be described as a delightful bit of a mess that showcased some of the future potential that writers Joel and Ethan Coen would end up displaying in their next feature Raising Arizona.

This film is even more absurd and weirder than that movie, basically bringing a group of crazed cartoon like exterminators/hitmen to life that are hired to murder someone and the lead character ends up being framed for it. The story is told in flashback as the lead actor is about to be put to death by an electric chair, hoping that someone will save him.

The result is a combination of the Three Stooges and Looney Tunes meets a film noir movie; including killers with weird voices who drive an exterminator truck with a giant rat on top, crazy car chases, strange one liners, bowling balls hitting them on the head, one of them pulling the carpet across the room to grab a lady, busting through a series of fake doors, being drug behind a car, and using a machine that electrocutes people.

The main reason this has a cult following is because it was written by the Coen brothers, directed by Sam Raimi, and contains an appearance by Bruce Campbell and Ted Raimi. Despite the cult following, the director and writers have pretty much disavowed the film because of the major tampering that took place by the studio during post-production, with the editing and sound being taken over by the studio.

“There’s a party every day, a movie every night, and all the junk food you can eat. What more can a kid want… except to get out” [11]. Similar to another Ozploitation dystopian film Mad Max, this one deals with the government locking up unruly youths in a concentration like camp. 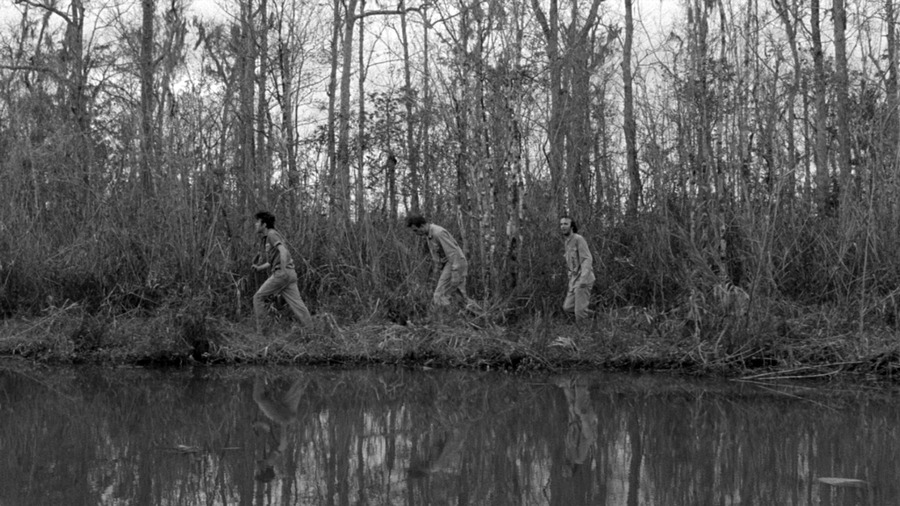 This is a great comedy drama from well known independent director Jim Jarmusch. The story involves three men who are put into prison for crimes that they didn’t commit, one is an Italian who can barely speak English but knows a way to escape.

Shot in a beautiful black and white tone, it stars Tom Waits, John Lurie, and Roberto Benigni. This is unlike any of the other films on the list and isn’t exploitative in any way, Jarmusch’s films are more about the characters and the situations that they get involved in.

It features very good performances from the lead actors, some pretty amusing scenes with Benigni because of his lack of English, and a great score from Lurie. The opening introduction of the film is very good, featuring scenes of Louisiana and one of Tom Waits songs playing.