Cinema, this desire of feelings, this tireless curiosity, this constant search of new feelings and sensations, this sweet wandering in both unknown territories and strange ones.

When we see a movie, we somehow engage in something powerful that goes beyond simple enjoyment and entertainment; we share with the director his own view and debate internally, feeling his own fears, problems and traumas.

Like all processes, this one has its own inherent vice, which happens to be the most interesting of all vices. Movies help us understand our world and confront our most painful truth and reality. We then find ourselves completely abandoned to the naked truth, whether we agree with it or not, and it’s in this abandonment that we melt our very own fears.

Movies tend to derange us sometimes and as much as it’s of interest, we might get hurt a little. And of course we also have to say that, no matter how masochistic this might perhaps sound, the greatness of it exceeds any known experience in this regard. 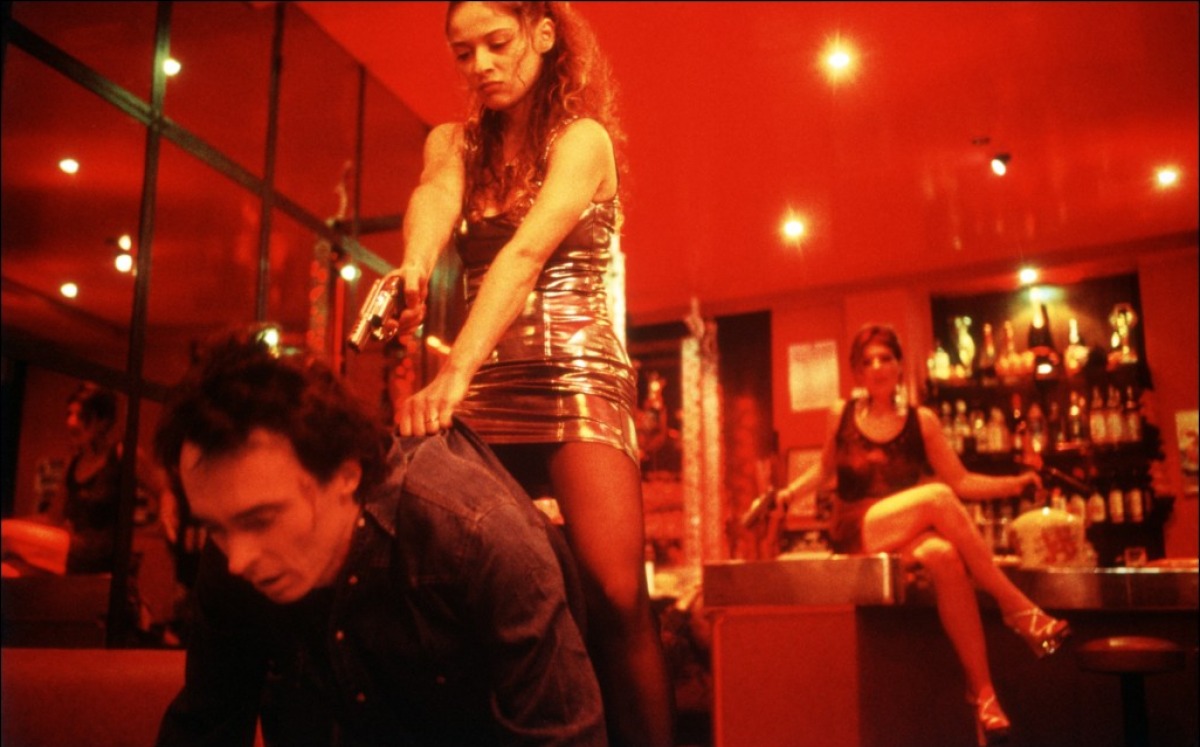 “Baise-moi” is the adaptation of the novel of the same name written by Virginie Despentes, directed by herself and shouldered by Coralie Trinh Thi.

The direction is rather clumsy, with a lot of hand-held camera work and framing imperfections, but the interest of this movie does not really refer to the lack of technical genuine but rather the atmosphere that follows, which is totally mastered, particularly with convincing staging and good performances from the two actresses.

Despentes and Trinh Thi want to tear our world down and invite us into theirs, depicting the fate of this porn-themed Thelma & Louise type of movie, on the road for murder and ephemeral carnal pleasure.

Heading into the unknown where anarchy is their only law and where all reason dies, they only live by the impulses of the moment. Man is only portrayed as a domesticated sex object, a disembodied spiritual father, or just a single moving target.

There is something almost divine when it comes to filming old age, and Michael Haneke’s “Amour” is a major work in this regard.

Ann and George are waiting for the beginning of a piano recital; once the first notes are thrown, the movie starts in a closed space that is nothing more than the flat of the octogenarian couple.

Inspired by his own parents’ flat in Vienna, the director chooses a heavy decor of past memories with particular attention to the slightest details, reminding us that old age is really there. The disease settles in the apartment and the closed door becomes heavy.

Every gesture is a hymn to the greatness of love and truth, one that takes over when the harsh reality of life emerges in its most poignant evidence.

The movie gathered worldwide attention and won several awards, including the Palme D’Or at the Cannes Film Festival and Best Foreign Language Film at the Oscars, along with more than 70 other wins.

“Shame” is a unique portrayal of the neurosis and loneliness of a man, the latter being a magnetic field for all modern society’s ills, and all related relationships are treated here in one of the most vicious aspects and not the less delicate: addiction. The junkie is in constant search of eternal enjoyment, orgasm and sex.

“Shame” comes as a vintage portrait of a man sinking into his addiction and his descent into hell incarnated by his total submission to the flesh.

This narrative ingenuity and the permanent incentive to provoke in the viewer is the reflection to interrogate ourselves at some point: on which side of the force am I?

In Gaspar Noe’s “Irreversible”, Vincent Cassel entered the “Rectum” (a gay club) in a desire for revenge and a night without warning, combining the discovery of one’s limits, gratification and of a desire regardless of its nature. Almost the same scene in its psychological dimension is included in “Shame”; Brandon having spent a rather violent night only increased the scope of his “disease” to end finally in a gay club, likened in some ways to a desire of revenge melting to the discovery of his own limits.

“Antichrist” is the ultimate level, the one that will define your deep hatred or unconditional love for the work of one of the most interesting filmmakers of this generation, Lars Von Trier.

The directing and staging are beautiful, while the film photography sublimates everything. But of course, the visuals of “Antichrist” are not the reason why this movie was controversial. Rather, its violence, both physical and psychological, is the pillar of the film, together with a constant feeling of ill being and self-destruction.

Particularly shocking scenes are waiting for you and will delight fans of the genre. “Antichrist” takes us in a very special atmosphere; the death of a child by defenestration, sexual scenes and excision, it is the full significance of the movie that leaves us skeptical. 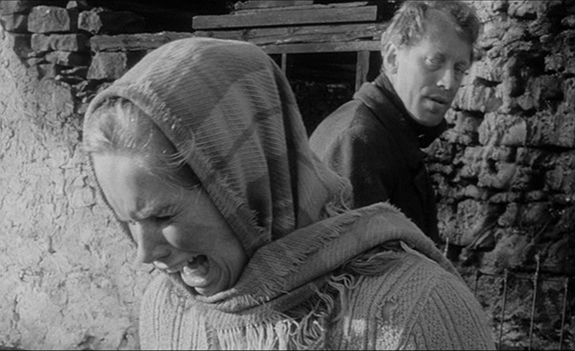 “I feel like I’m in someone else’s dream and they’re going to be ashamed when they wake up.” This sentence sums up the thread of Ingmar Bergman’s masterpiece.

This psychological study of human behavior in wartime is of a rare relevance; the artistic choice of not identifying the time and space, and letting free will to the collective imagination, is an excellent choice that frees us of any established historical truth.

Enhanced by the beautiful photography of Sven Nykvist, and an excellent cast including Max will Sydow, Liv Ullmann and Gunnar Björnstrand, “Skammen” can easily compete with other war movies with its original approach and relevance, both contemporary or classic movies.

Considered as one of the most enduring movies by Bergman, this submission to the horrors that fall on us and the way we respond is hypnotizing and doesn’t let anyone remain indifferent to its harsh truthfulness.

A mockumentary punch of a film, denouncing of what would later become our dear and dreadful reality TV.

“Man Bites Dog” follows the gruesome spree of a Belgian serial killer filmed by a team of journalists in his daily life and regular murders. Filmed in black and white due to a lack of money, the movie aims to be a cynical parody of the famous show “Striptease” (a Belgian documentary where journalists disappear, leaving only protagonists to speak and lay bare) and ranks through the subjective vision of the camera at all times.

The approach is rather quirky and paradoxically of a serious tone, and from the beginning the film is impregnated with a black humor specific to the dramatic and disturbing nature of this journalistic process.

Claire Denis Cinema provides this implicit logic through a very specific treatment of the image that often mimics feline hunting. The camera indicates all the places where nudity and eroticism of the flesh are exposed to the bite.

Béatrice Dalle is morbidly ingenuous and beautifully, beastly and accurately embodies the role of the fierce and deadly woman.

“Trouble Every Day” is a good try, strange and familiar at once, which interferes without much explanation in the intricacies of sexuality in its most beastly aspect.

This trouble that obsesses day and night, and its physical details, bring additional credibility to the latter; trouble that sounds like double and implies the “hole” in each one of us, the unfathomable and terrified breach.