Grave of the Fireflies should not only be described as a film for adults, but you should think twice before showing it to children. The story follows the struggle of two siblings, Seita and Setsuko, as they attempt to survive the aftermath of the fire-bombing of Kobe, Japan on 16-17 March, 1945.

The film is told in the form of a flashback beginning with the bombing, which follows the opening scene of Seita, starving and alone in a train station on 21 September, 1945.

As Seita describes the struggle he and his sister went through, the viewer is taken back to the time they attempted to flee to a bomb shelter with their enfeebled mother only to lose her to what became one of the worst fire-bombings during the war. The story continues with their struggle for survival through the conclusion of World War II.

Grave of the Fireflies has been called one of the greatest anti-war films of all time. It takes an aspect of warfare and describes it through the eyes of the most vulnerable of us: children.

The reality of what these children go through during the film makes it easy to forget that they are animated and the imagery evokes feelings of compassion and heartache for what these young children have to undergo just to survive.

Like all films produced by Studio Ghibli, it is visually stunning with beautiful and thoughtful animation. Initially the film was marketed to children, which was a mistake as it was a box office failure. Since its release, it has acquired a large following due to its universal critical acclaim. Watch with a box of tissues close at hand.

Gandahar is a French science-fiction animated film based on Jean-Pierre Andrevon’s novel, The Machine-Men versus Gandahar, sometimes called Light Years in the United States.

The English translation was penned by Isaac Asimov and features a rather unique story with beautiful animation of incredible scenery, animals, plants, and other aspects designed by Caza, a French comic book artist well known for his unique and colorful style.

Gandahar is attacked by the Men of Metal, robots who take the people of Gandahar and turn them into stone before carting them off. The leaders of the matriarchal society task Sylvain to learn of the origin and try to stop the Metal Men so he goes off to find an entity called Metamorphosis, which is little more than a giant brain.

Metamorphosis insists he has nothing to do with the Men of Metal, but they believe him to be his leader. Instructed to kill Metamorphosis, Sylvain takes the lethal syringe he was given for the task, but is convinced by Metamorphosis to stay his hand and kill him in 1,000 years.

Sylvain agrees and lets Metamorphosis place him into stasis for a millennium. When he awakens, he learns the truth of the origin of the Men of Metal and the nature of Metamorphosis.

While it takes place on another planet amidst alien species, the central theme is the nature of warfare and the struggle for peace. The deep meaning behind the themes of the film make this much more of an adult film than anything created for children.

Even if you aren’t a fan of Anime, you have probably at least heard of Akira. The film is based on the Manga by Katsuhiro Otomo of the same name. Otomo also directed the film about a dystopian future, which takes place in 2019 in Neo Tokyo. Visually this movie is absolutely amazing.

The animators were able to achieve a level of complexity in their work that makes this look like a CGI film made to look like traditional cell animation and they pull it off nicely. Accompanying the animation is one of the best scores ever recorded for an animated film.

The plot follows the story of Tetsuo and Kaneda, two teenage boys who grew up together and are in a motorcycle gang. Tetsuo is injured after crashing into a strange boy standing in the middle of the road during a fight between them and a rival gang. Some government officials quickly come and take Tetsuo away so it is left to Kaneda to find his friend.

Tetsuo awakens to nightmarish images and learns that he has acquired incredible psychokinetic powers, which he then uses to find and free Akira—a powerful child who shared his abilities and was responsible for the destruction of Tokyo.

This film is fast-paced with incredible imagery and well-thought out depiction of a dystopic Tokyo. It is violent and doesn’t hold back with anything so it is geared more for an adult audience than anything else. 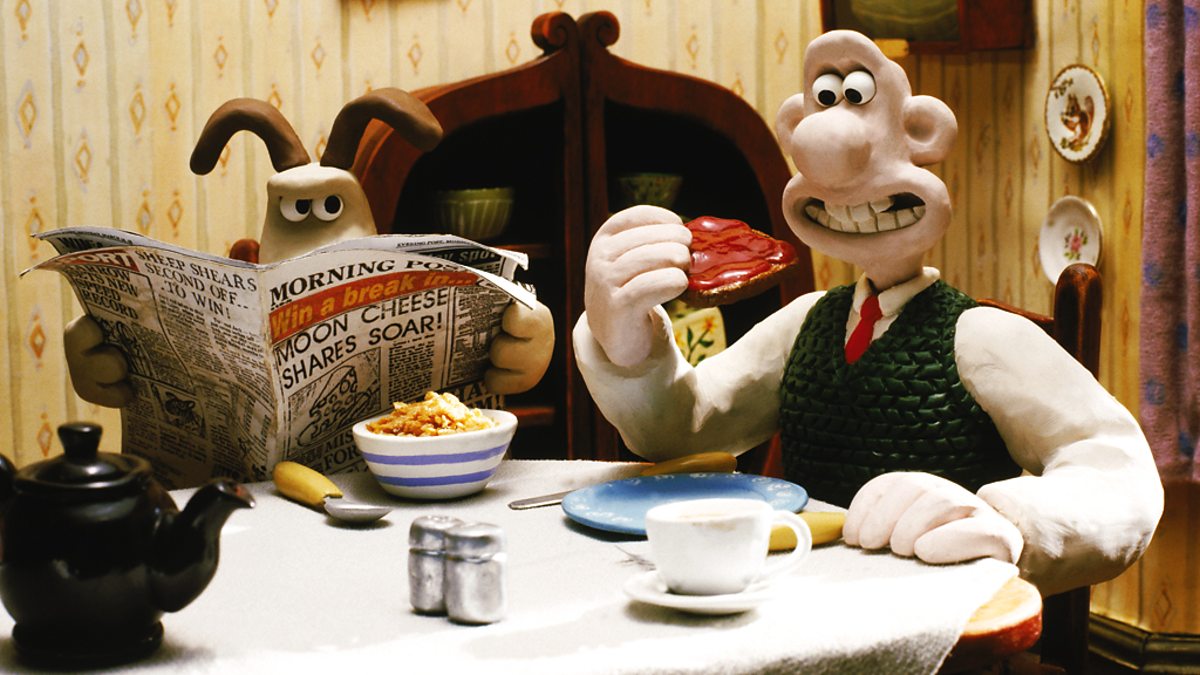 This one is a bit of a cheat since it is only 30 minutes long and is considered to be an animated short, but that doesn’t make it any less important than the other films on this list! Nick Park and Aardman Animations studios used their unique style of stop-motion animation to bring the characters Wallace & Gromit to life in this delightful short about… well, the wrong trousers.

Wallace is a clueless inventor accompanied by his genius dog Gromit who spends much of his time looking after his ‘owner’ as he gets himself into lots of trouble. The two take on a boarder in the form of a mute, yet sinister penguin. Wallace invents some automated trousers and accidentally ends up wearing them due to the machinations of the penguin who reprograms them for evil—taking Wallace with him in the process.

Park has used his characters in several works since The Wrong Trousers and in one adventure prior called The Grand Day Out. While this is the second of his films to feature Wallace and Gromit, it has been recognized with a unanimously positive rating of 100% from the aggregate site Rotten Tomatoes. It’s fun to watch and will make you laugh. 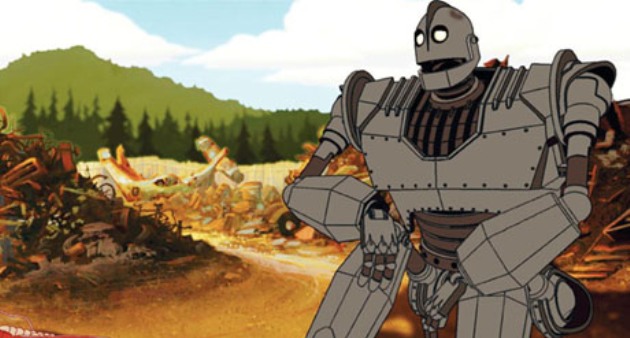 The Iron Giant is another entry on this list that used multiple forms of animation. The majority of the film was shot using traditional hand-drawn imagery while the title character was animated via computer.

Though that might normally keep such an entry off a list like this one, director Brad Bird took great pains to ensure the character dissolved into the traditional animation background and characters. This helped the character to look animated like the rest and gets a pass on this particular list.

The Iron Giant is based on a 1968 novel by Ted Hughes titled The Iron Man and has such notable stars as Vin Diesel and Jennifer Aniston providing some great voice work.

The titular character falls to Earth shortly after the Soviet Union successfully put Sputnik into orbit in October of 1957. He is found by a young boy who befriends him and begins to teach him what it means to have a soul. The government gets involved and wants to destroy the giant who is revealed to carry an incredible amount of weaponry.

The film’s central theme is spoken by the young boy, Hogarth, who says “You are who you choose to be.” While the Iron Giant was likely created to fight in some alien war from long ago, that does not define him. The backdrop of the film deals with the ongoing fear of communism and the paranoia of invasion and the use of nuclear weapons.

Titan A.E. was the last full-length animated film to come out of Don Bluth’s studio. The film used traditional cell-drawn animation amidst a wide array of computer animation used for much of the non-character work. Even with the extensive amount of CGI, the film still has the look and feel of a Don Bluth movie, which is somewhat nostalgic to his work from the 1980s.

Titan A.E. follows the story of Cale who barely escapes Earth in 3028 as it is being destroyed by an alien species called the Drej. Being one of the few remaining humans, he lives much like a refugee picking up jobs throughout the galaxy while living among several different species of alien.

He goes on to look for his father who also escaped the destruction of Earth in the ship he created called Project Titan. Through his adventure, Cale learns the fate of his father and the fate of humanity.

Titan A.E. employed Ron Perlman, Drew Barrymore, Nathan Lane, Bill Pullman, and Matt Damon as voice actors, but never succeeded in the box office. The film was marketed towards children, but many parents took offense to depictions of brief nudity and the adult themes of the film. 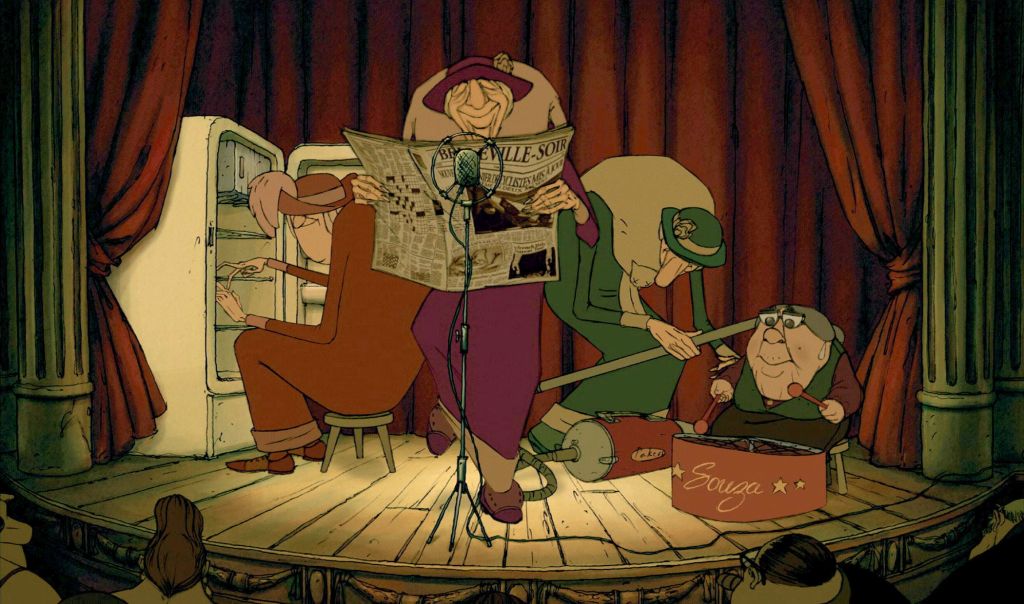 The Triplets of Belleville is a French animated film told in a rather unique style. The animation is highly stylized and makes impressive use of color while the dialogue is mostly limited. The majority of the story is told via song and pantomime instead of direct dialogue, which makes it a very interesting film to watch.

The protagonist is an elderly woman named Madame Souza, who must go on a quest to rescue her grandson, Champion, from the French mafia. He has been kidnapped due to his gambling abuses and taken to the city of Belleville. Accompanying Madame Souza is Champion’s dog, Bruno, and the titular triplets who are singers she meets in the city.

The Triplets of Belleville is a very surreal film that uses music and imagery to tell a story in a charming and enjoyable way. It was nominated for Best Animated Feature by the Academy, but lost to Finding Nemo.

Persepolis is a French-Iranian animated movie based upon the graphic novel of the same name by Marjane Satrapi. The work is autobiographical and tells the story of her maturation against the backdrop of the Iranian Revolution. Much like its source material, the animation is unique and somewhat two-dimensional in its presentation.

The stories from the past are all in black and white while the present-day animation is in color. The film has been banned in Iran and has caused some controversy in Muslim nations, but is otherwise internationally acclaimed. Persepolis was nominated for ‘Best Animated Feature Film’ by the Academy, but lost to Ratatouille.

Marjane’s story is a compelling look into the treatment of women in pre and post-revolutionary Iran. Her family being fairly liberal in comparison to the Islamic Fundamentalists who won the election (With 99.99% of the vote) struggle against the government who addresses modesty against women with sexist, misogynistic laws.

Eventually able to leave the country, Marji moves to Vienna where she lives with Catholic nuns who care for her. She continues to develop her expressive ways and eventually returns to Iran, but is again troubled by the police. Fearing for her life, she is forced to flee the country forever though she remains true to her identity as an Iranian woman.