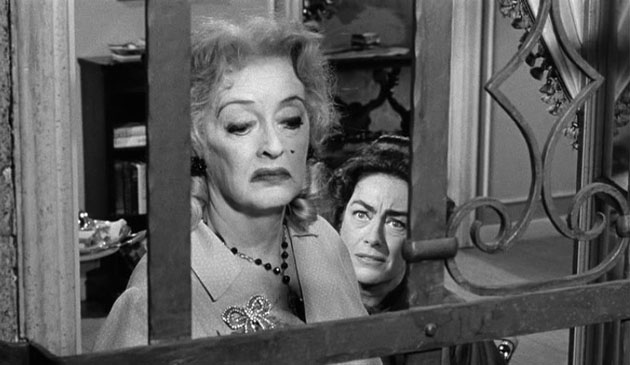 In the 1960s there was a trend in Hollywood whereby the once glamorous leading actresses whose beauty and youth had somewhat faded under the weight of age went on to star in horror films.

The film that kickstarted this phenomenon was Robert Aldrich’s What Ever Happened to Baby Jane? Produced inn 1962, it was famous for uniting on screen the two biggest dames of Hollywood at the time, Bette Davies and Joan Crawford. The two were well known for having a rather antagonistic relationship throughout their careers.

Needles to say, co-starring in this horror movie did not help to iron out their differences. Crawford and Davis played two former actresses living a confined life; where Davis’ character derived her only pleasure in live from torturing the disabled Crawford.

According to an anecdote, Bette Davis once said that she had her best time with Joan Crawford when she pushed her down the stairs during the screening of Baby Jane; that is how amicable their relationship became during the production. Nevertheless, the film itself rose to an iconic status and was followed by several other horror movies featuring a mentally unstable elderly lady that terrorizes those around her.

Although Joan Crawford and Bette Davis (not acting together any more) became the two key figures of the genre and were dubbed psycho-biddy or Grand Guignol (after the famous Parisian theatre that specialised in naturalistic horror shows), the films attracted the attention of other elderly Hollywood film stars as well. The list of the names of well-known actresses acting in psycho-biddies includes Olivia de Havillard, Geraldine Page, Debbie Reynolds and Shelley Winters. 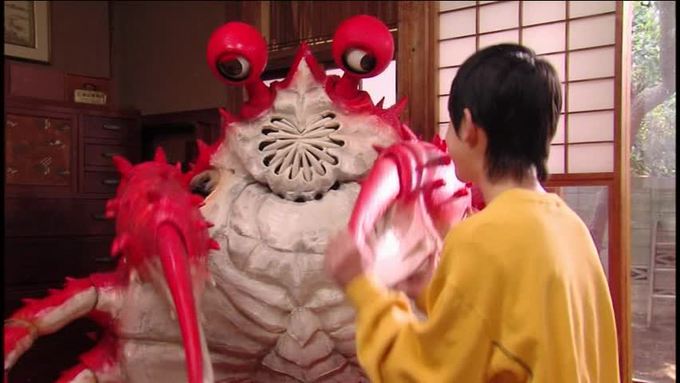 When it comes to unusual films or customs it is clear that Japanese people are never short of crazy ideas. The first sea life sports movies were made in the 1950s in Japan, but it was a UK production that revived the genre’s popularity in the 2000s.

Crust, directed by Mark Locke in 2003 and starring Kevin McNally, tells the tale of a giant shrimp purchased by a pub owner who teaches it to box. It does not exactly sound like the plot that would attract crowds of British people, and indeed, the film was a flop at the cinemas.

Although investigations into the production uncovered that Crust was mainly created to be used as a tax avoidance scheme, somehow the film made its way to Japan, where the audience went mad for it. There it was considered as a twist on the traditional giant monster movies (Kaiju) such as Godzilla, Rodan or Mothra.

The Japanese loved the giant shrimp, who, instead of destroying cities, simply loved boxing. This resulted in the production of a series of similar films, starring sports-addicted giant sea creatures in the role of the hero. 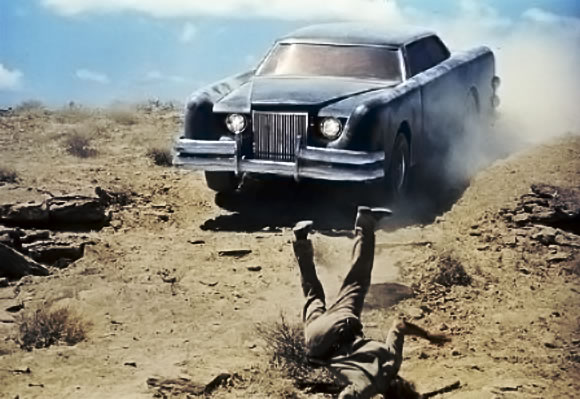 Bruce, the white shark more threatening with its absence than its presence, was not Spielberg’s first great monster. In his debut film Duel (1971) he turned a tanker truck into a sort of a monster, which then inspired a series of films featuring evil vehicles.

In Duel, an unsuspecting businessman (Dennis Weaver) overtakes a slow truck on the deserted motorway, which then starts chasing him. Although, according to the plot, there is a human being behind the stirring wheel of the murderous tanker truck, Spielberg rendered the truck the real evil by making the driver invisible for the most part – an early version of his mise en scene used in Jaws.

If in Jaws the absent presence of the shark turns the story into a great battle between man and sea, in the case of Duel the faceless driver is a key to the truck’s transformation into an almost supernatural monster. Thanks to Spielberg’s brilliant mise en scene we soon forget that there is a human being in the truck and not unlike the revenge westerns, we are left to believe that it is the vehicle itself that is trying to threaten and kill the terrified businessman.

Spielberg’s film was followed by a number of movies with similar plot; however, the mysterious driver of the killer vehicle underwent a quick transformation. The psychotic driver (Death Car on the Freeway, 1979) turns into a possessing evil spirit (The Car, 1977) and finally, in the most evolved pieces of the genre, the driver completely disappears to give space to the evil vehicle with a mind of its own (Maximum Overdrive, 1986). 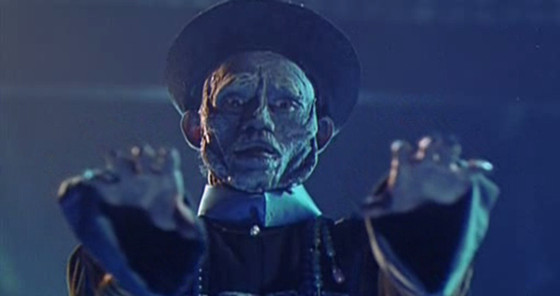 In his role as a horror character the zombie is mainly known as a creature whose power lies in their numbers and not their speed. Some recent zombie films, such as 28 Days, later attempted to redesign this monster as a speedy, almost intelligent zombie; for most of us however, the real zombie remains Romero’s bloodthirsty, slow and dumb creature, whose only strength is that they are everywhere.

Combine this creature with the vampire, the charming, smart and lonely hunter, and transfer it to Hong Kong. The result will be one of the strangest horror sub-genres one could ever dream of.

The monsters of the hopping vampire or jiangshi films are dead bodies controlled by Taoist priests who want to navigate the bodies back to their home for a proper burial. However, the plot usually does not go well and these corpses end up feeding on the essence of the living. This strange feeding habit combined with their way of movement (the stiff corpses keep moving by hopping) gave the genre its western name.

It can be best described as an entertaining mixture of horror, comedy and kung-fu films. Hopping vampire films were most popular during the 80s and the early 90s. Even though these odd creatures were not as common anymore during the late 90s, computer game creators adopted the character and kept the genre alive. One of the most popular examples of the hopping vampire in games is Hsien-Ko from the game Darkstalkers. 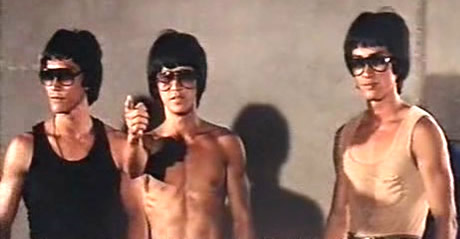 The exploitation genre offers a wide range of unusual films, but there is one particularly rare subgenre that is certainly worth mentioning here. The Bruceploitation films sprang to life following the sudden death of Bruce Lee, the martial arts master.

Lee’s sudden death in 1973 during the filming of The Game of Death not only forced the producers to swiftly tweak the script and make the main character fake his own death (staged by Bruce Lee’s own corpse) to escape the baddies; the sad event also left an aching gap in the Hong Kong film industry.

Bigger than ever following his death, producers were eager to capitalise on the kung-fu actor’s fame, but they had to find a way around how to do this without Bruce Lee or his corpse. It didn’t take long to figure out a solution and with the help of Bruce Lee lookalikes filmmakers, with more enthusiasm than originality, established a new genre to fill in the gap left behind by the charismatic master.

More than hundred such films were released during the seventies, which suggest an incredible creativity from the side of the makers considering that most of these films built on the original scripts of the five Bruce Lee films. They even used uncannily similar variations of the original titles. Re-enter the Dragon, Enter Three Dragons or Enter Another Dragon are only a few examples of the brilliant titles.

The props that were used to bring back Bruce Lee from his death are also worth mentioning. Unsurprisingly, yellow clothes were popular among the lookalikes, evoking the master’s famous yellow jumpsuit; but it was also common to cover up a good part of their faces with sunglasses so that the difference in their appearance would be less apparent.

Even though the films of Bruce Le, Bronson Lee or Bruce Lai were all dedicated to the memory of the late master of martial arts films, every now and then it becomes apparent that the filmmakers had a good amount of sarcasm towards their own product as well. Or else we can only hope that they were not serious when they featured Bruce Lee emerging from his own grave or fighting James Bond and Dracula.