When we think about David Fincher’s impressive filmography, “The Game” is hardly the first film to come to mind. As it often happens with films from great directors, “The Game” is a good film that was overshadowed by even better ones, such as “Se7en” or “Gone Girl”.

Nicholas Van Orton is an incredibly wealthy investment banker, but his fortune makes him arrogant. Divorced, childless, and with a somewhat cold relationship with his only sibling, Conrad, Nicholas still has trouble facing the memory of his father’s suicide.

When he turns 48 – the same age his father died – the banker receives an unusual gift: the right to participate in a role-playing game offered by an obscure company called Consumer Recreation Services (CRS). Initially skeptical, Nicholas eventually signs up for it, without really understanding what he was signing up for.

Despite its excellent cinematography, “The Game” has polarized opinions, especially due to its final scene, which was considered exaggerated and unrealistic by some, and original and unexpected by others. Putting that aside, this film has many of the qualities Fincher is known for; it is an intricate, twisting narrative in which tension gradually builds, culminating in one of the most unexpected plot twists in film.

To those who feel it lacks emotional depth, Fincher himself stated that “The Game” is not so much about human behavior as it is about cinema itself. The main character here is CRS, and the real question is this: “How far can you push an audience?”

During the infamous water wars in California at the beginning of the 20th century, a woman who presents herself as Evelyn Mulwray hires private detective Jake Gittes to investigate her husband, Hollis Mulwray, who she believes to be cheating on her.

Mr. Mulwray is the chief engineer of the Los Angeles water department, and Gittes successfully exposes what seems like an extramarital romantic relationship. When the engineer is found dead in a water reservoir, however, his true wife appears at Gittes’ door, threatening to sue him. As Gittes tries to uncover who set him up, he starts meddling with some of the city’s most dangerous individuals.

Considered a neo-noir classic, “Chinatown” was Roman Polanski’s final film directed in the United States, before leaving the country to escape prosecution for the rape of a 13-year-old girl. Robert Towne’s script is considered one of the finest ever written, with many logical yet completely unexpected turns, never giving away its bitter ending. It is often said that the best scripts do not make the best films, perhaps because they limit the director’s role. In this case, however, Polanski’s restraint is a great virtue.

The director slowly develops a gripping atmosphere of ambiguity in which it is impossible to determine who is telling the truth and who is lying, leaving the audience guessing up to the last minute. All the major plot events deliver the intended impact, not least because of Jerry Goldsmith’s excellent soundtrack. Another highlight is Jack Nicholson’s performance, for which he got his third Best Actor Oscar nomination. 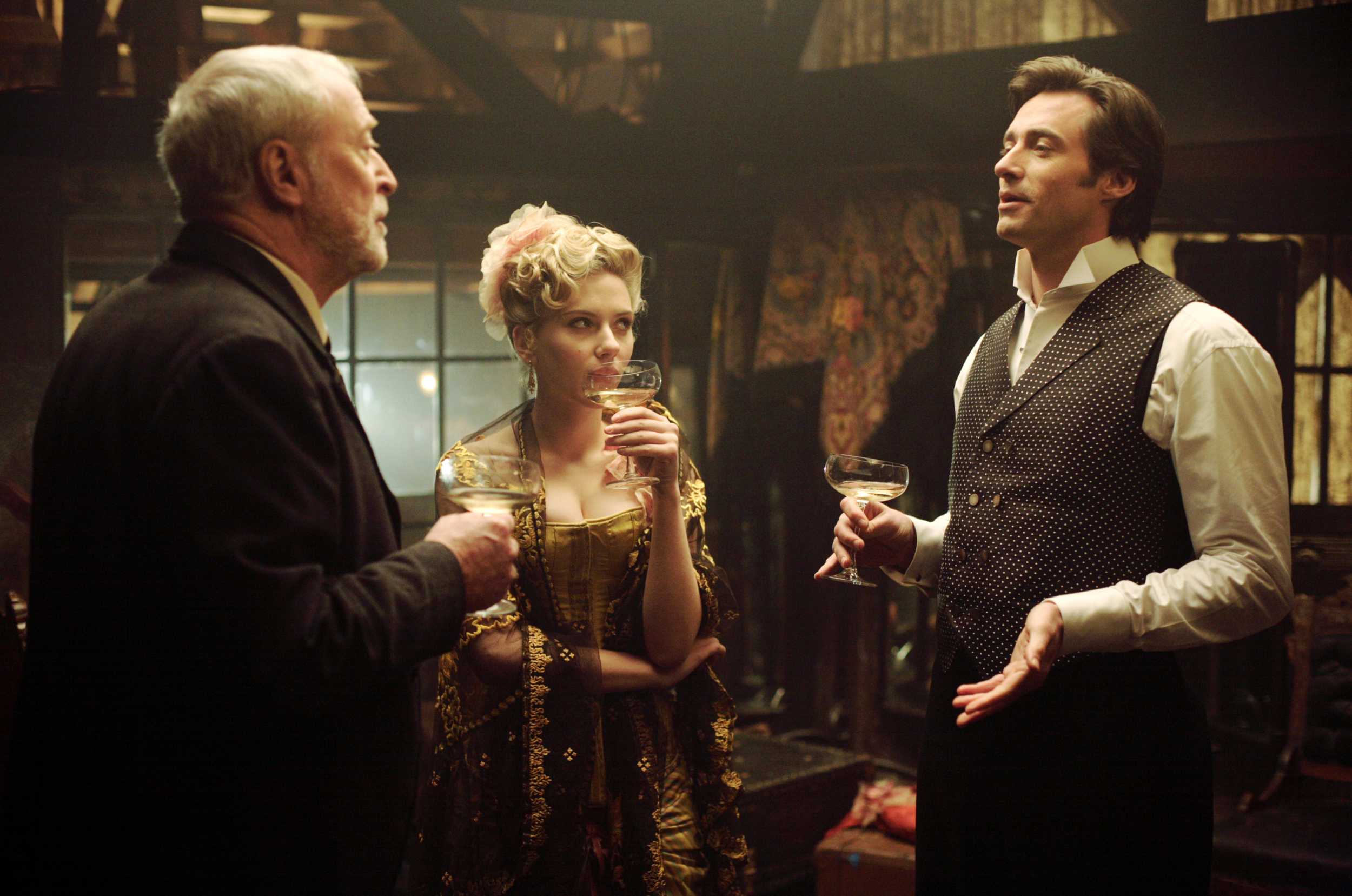 The second Christopher Nolan film on this list was a big production, and as such, less experimental both in plot structure and cinematography. It is still far from conventional, though, dealing with themes such as identity, love, and obsession in a non-linear and melodramatic narrative.

Set in 1900’s London, “The Prestige” is about the rivalry between two great stage magicians, the charismatic Robert Angier and the introspective Alfred Borden. Both were apprentices of another magician, whose main performance was the water tank trick, where his assistant, Julia – also Angier’s wife – was tied and dropped in a water tank, from which she had to escape.

One day, at Borden’s suggestion, Julia tries a harder knot, which she fails to untie, leading to her death. From there, both launch solo careers, but their entangled desires for revenge and one-upmanship lead to violent acts of sabotage, treachery, and attempts at stealing each other’s tricks.

This film’s ending, and especially the explanation for Angier’s trick before it, might put off some viewers. Despite the whole Nikola Tesla subplot, and the clever but ultimately empty reference to this scientist’s dispute with Thomas Edison, the device he constructs is a Deus Ex Machina in disguise – a supernatural element with no relation whatsoever to the rest of the story that enables the plot to go the intended way. Of one thing, you can be sure: you will not see that coming. 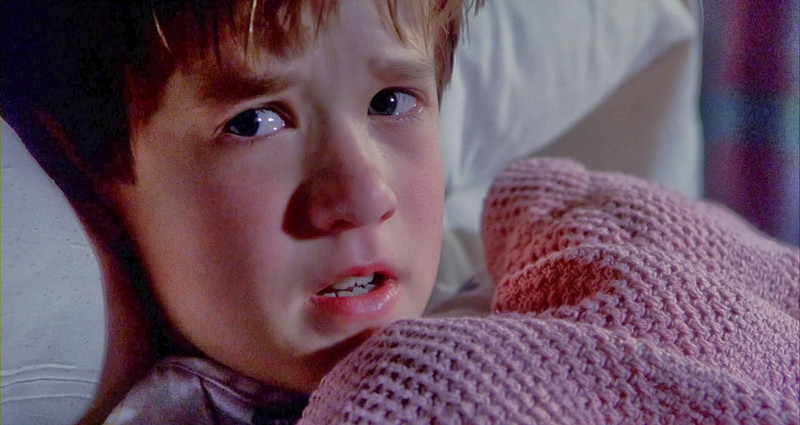 If you do not know how this film ends, watch it right now. Grossing more than $600 million worldwide, “The Sixth Sense” is a Hollywood classic and already part of the increasingly self-referent pop culture universe. Cole’s famous confession, “I see dead people”, perhaps only loses to Darth Vader’s “I am your father” as the most parodied line ever.

M. Night Shyamalan’s most famous film begins with a murder attempt. While celebrating an award with his wife, someone breaks into child psychologist Malcolm Crowe’s house. The intruder, a former patient named Vincent Grey, accuses him of failing him and shoots, committing suicide afterwards.

The next fall, Malcolm observes a new patient, 9-year-old Cole Sear. The boy wears disproportionately big glasses, has no friends, and spends a lot of time in a nearby church. Knowing that Cole would be hostile if approached in a paternalizing and doctor-patient fashion, Malcolm follows Cole to the church and starts talking to him there.

In this first encounter, it becomes clear that Cole is special; his toy soldiers speak Latin (or better, only one of them), while the boy himself displays equally impressive levels of intelligence, cynicism, and mistrust. Session after session, we begin to realize that it is not just Cole who is looking for a cure.

One of the signs that a plot twist film is more than just a good film is when it keeps being enjoyable after you know the ending. In “The Sixth Sense”, the surprising ending is just one of many elements that contribute to the film’s quality. Also remarkable is Haley Joel Osment’s performance as Cole, while the troubled relationships between Malcolm and his wife and Cole and his mother juxtapose different takes to the film’s central theme: the need to communicate.

It is often said that discipline is the best friend of creativity. That might well be the truth, judging by “The Usual Suspects”. Restrained by an austere $6 million budget, director Bryan Singer could not afford a lot of pyrotechnics, special effects, or a star cast, and this was probably for the best.

The limited budget meant that instead of spending huge sums of money in unnecessary distractions, this film had to focus on its qualities: a solid ensemble cast and a sharp script. The result was a great film with one of the most famous plot twists in the history of cinema.

The story follows the interrogation of Verbal, the survivor of a massacre that happened on a ship docked in Los Angeles. Verbal is a small-time con-man, known to be associated with Dean Keaton, a former corrupt policeman who had previously faked his death. As Verbal’s narrative unfolds, a series of flashbacks describe a complicated chain of events, apparently orchestrated by a legendary mob boss named Keyser Soze.

“The Usual Suspects” is a dialogue-driven film with a clever narrative. Its ever-changing plot demands full attention, but it never feels tiresome. Some people consider the ending frustrating, since the audience is left guessing the true story behind Verbal’s statements. If this is the price to pay for such a surprising twist, it is well worth it.

Author Bio: Henrique Fanini Leite is an engineer, currently working for the Brazilian Space Program. He started writing professionally during university. Since then, he has published a book and short stories on-line, in anthologies and magazines.