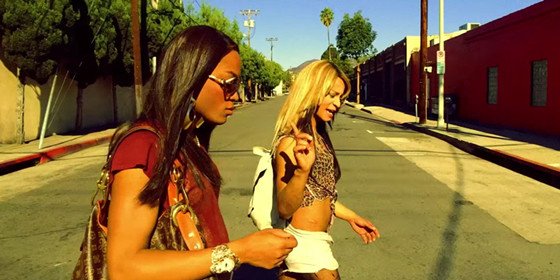 Maybe Sean Baker’s drama Tangerine isn’t the best movie of the year, but quite possibly it qualifies as the most important one. The indie darling, author of Prince of Broadway and Startlet, turned his eyes to characters rarely seen in the big screen and came off with a respectful, comprehensive and dead-on portrait of their humor and their tragedy.

Tangerine’s manic energy, aided by the Soundcloud compiled soundtrack and iPhone 5c photography (beautiful work by Baker and Radium Cheung, by the way), works viscerally through the whole proceedings, achieving a lived-in atmosphere that could only have come from extensive research on the writer/director’s part.

It’s filmmaking with vitality and punch, some very funny moments and a keen sense of the oppression and humiliation these characters endure. Rodriguez and Taylor’s performances complement and inform each other, working in a way very few acting duos have in recent memory. 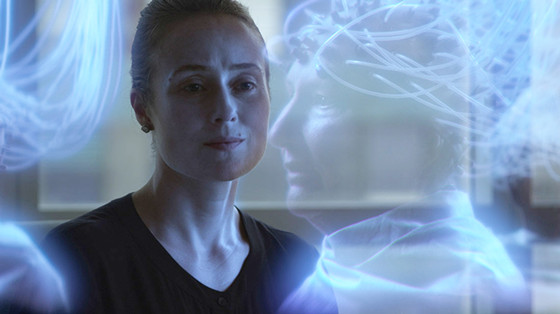 Jennifer Phang’s sci-fi drama Advantageous is one of the very best low-budget genre movies of the past few years, centering on a near-future community in which single mother Gwen (Jacqueline Kim) struggles to raise her daughter in an unstable economic environment in which women are encouraged to let their husbands bring home the money. Sound a little too familiar?

Advantegous’ key feature is the way it reflects our present world in palpable ways, and at the same time gives Gwen’s conflicts a new scope through the science fiction elements. Namely, she’s getting old, and a new technology by the company she represents promises to transplant someone’s conscience to a younger body.

It’s a fundamentally melancholic movie, aided well by its minimalist production design, the cold tones of its cinematography, and great supporting turns by James Urbaniak, Jennifer Ehle and an understated Ken Jeong. As sci-fi tragedies go, it doesn’t get better, or more beautiful, than Advantageous.

The only science fiction standing in the way of Advantageous crown this year is Alex Garland’s Ex Machina, an early release that got stellar reviews. For his debut in the director’s chair, the writer of such movies as Dredd, 28 Days Later and Sunshine created a staggering examination of gender relations, human intention, and passion.

Alicia Vikander puts on a hell of a show as Ava, the artificial intelligence android Caleb (Domhall Gleeson) is called to test – a creation of his boss, Nathan (Oscar Isaac), the astonishing technological feat creates tension between the two men. Ex Machina darker passages smell like almost teenage-like masculine rivalry, and its more philosophical dialogues muse on the expiration date of human kind as a species and what makes us so special after all.

Isaac gives a magnetic performance, leaving to Gleeson’s hero to provide the narrative center of the movie – and the Irish actor carries the movie with ease, which means that Garland’s free to architect his movie as he wills.

Cinematography, music and special effects (especially on Ava’s body, a feat of production design in and on itself) work together to make Ex Machina a high-wire act, putting the spectator on the same wavelength as its paranoid leads, as they muse on the meaning of the creation of artificial intelligence. Meditative, meaningful and thrilling, Garland’s brainchild is one of the finest films of the year – period.

Also released in American screens after a staggering run through alternative festivals all over the world, It Follows has been since widely considered “one of the most striking American horror films in years”, and with good reason.

David Robert Mitchell’s second feature explores more than ably themes like the transition to adult life, the fear of sexuality and abuse, the slow, steady step of time chasing after us as we lose our youth and our sense of wonder at the world. It’s a hopeless, suffocating movie in a way, dawning a sense of dread and paranoia on its viewer as it goes on for 100 full, distressful minutes.

Maika Monroe delivers a great performance as Jay, a young woman who lives at the suburbs of Detroit with her parents and her younger sister (Lili Sepe) – after a sexual encounter with a boy she’s been seeing, she’s tied to a wheelchair and told by him that she now has a curse bestowed upon her, manifested in an always-present, slow-paced “thing” following her around. The only way to escape it is to pass it along, through sexual contact.

It Follows translates the anxious need to keep moving that’s characteristic of youth in a terrifying manner, working with cinematographer Mike Gioulakis to make every frame a new and nervous work of analysis for the spectator. It Follows is the best executed, to every minute detail, horror film of the year. 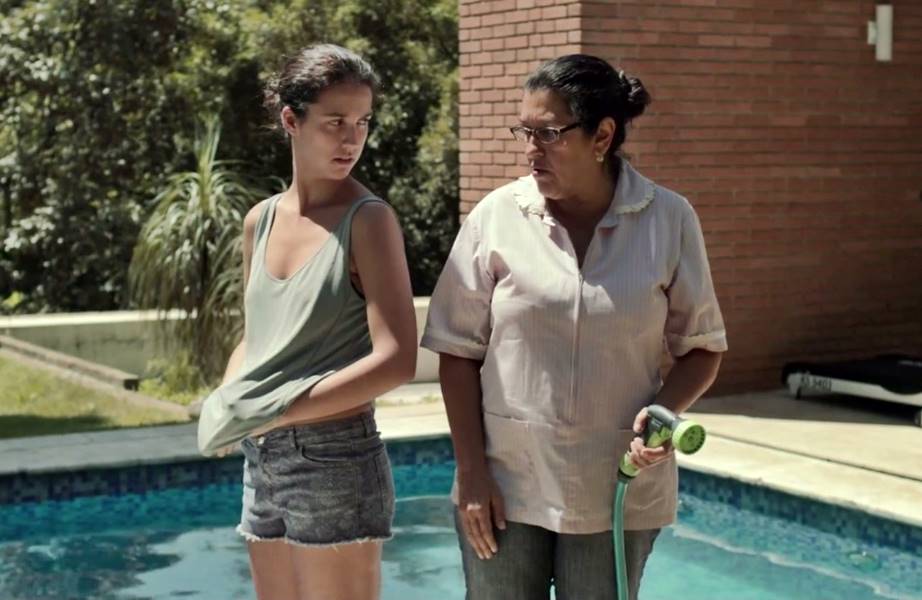 This Brazilian drama’s exclusion from the competitors of the Best Foreign Film category in the Academy Awards is quite a shame. Nominated for the Critics Choice Awards in the category, Que Horas Ela Volta? received the good (though not properly translated) title The Second Mother internationally.

Directed by newcomer Anna Muylaert, the movie depicts the relationship between Val (Regina Casé), a live-in housekeeper for a rich family in Brazil, and her long-estranged daughter, Jessica (Camila Mardila), whom she left in her hometown to be able to provide for her upbringing.

The social injustices it portrays may be more familiar to Brazilians, but international audiences should be just as moved by Val’s story. Muylaert’s brilliant depiction of the social (and actual, physical) barriers between classes got her rave reviews in Brazil,

Casé’s sincere and heartwarming performance works to perfection, and the rest of the cast do a seemingly great job of portraying the complex affections and disaffections between the characters. Que Horas Ela Volta? is a precise and vital piece of cinema, and deserves to be celebrated like so.