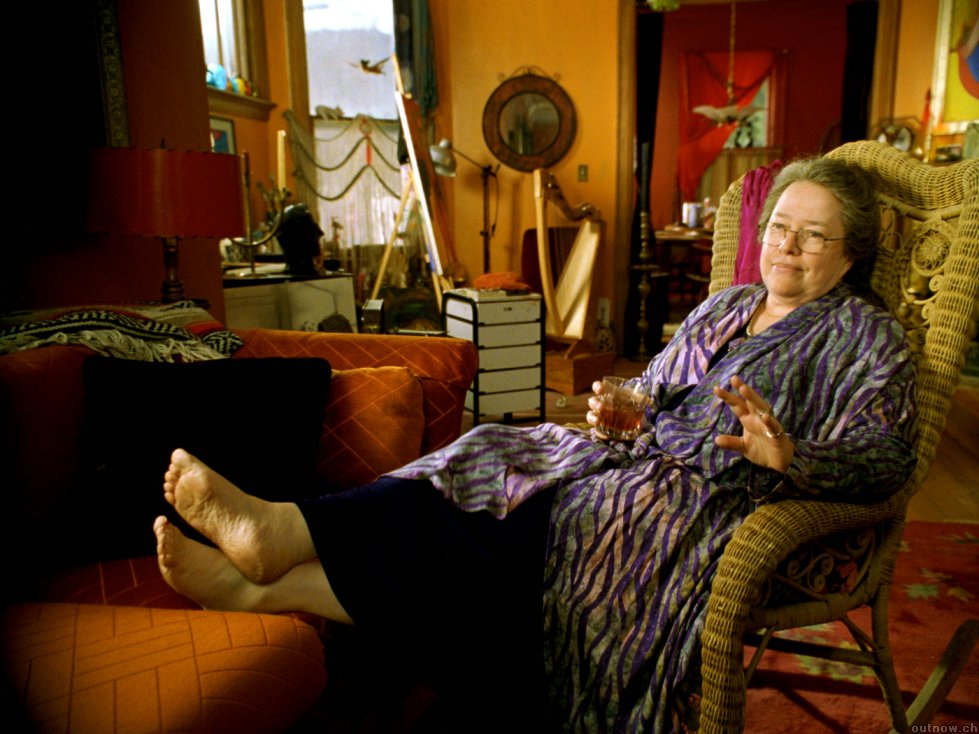 Kathy Bates, who had been a reliable if unrecognized actor on stage, screen and TV, surprised almost everyone by winning the role of a loony, psycho villainess in 1990’s Misery and, even more so, by winning an Oscar for it. Many receive that award and go down the drain thanks to ego and lofty expectations. However, she hadn’t gotten so far over such a long period to let that happen. She knew that with her age and bulk, she wasn’t going to have many offers for lead roles. She wisely has always gone with the work and always worked.

One of her best pieces of acting and best films was her short but funny and brave performance in director-writer Alexander Payne’s About Schmidt. In this tale of a drab, boring man in very late middle age (Jack Nicholson) searching for a meaning to his disaffected life, Bates turns up late in the film as the mother of Schmidt’s future lackluster son-in-law.

Mom, on the other hand, is one live wire, though an obtuse one. In the highlight of the character’s arc the woman peels off her clothes and jumps into a hot tub with the greatly uninterested Schmidt. Bates had to know that the scene and her portrayal of a ridiculous old hippie who still thinks she’s hot might have made her an object of fun and derision…and she knew to go with it and ended up with yet another, deserved Oscar nomination. 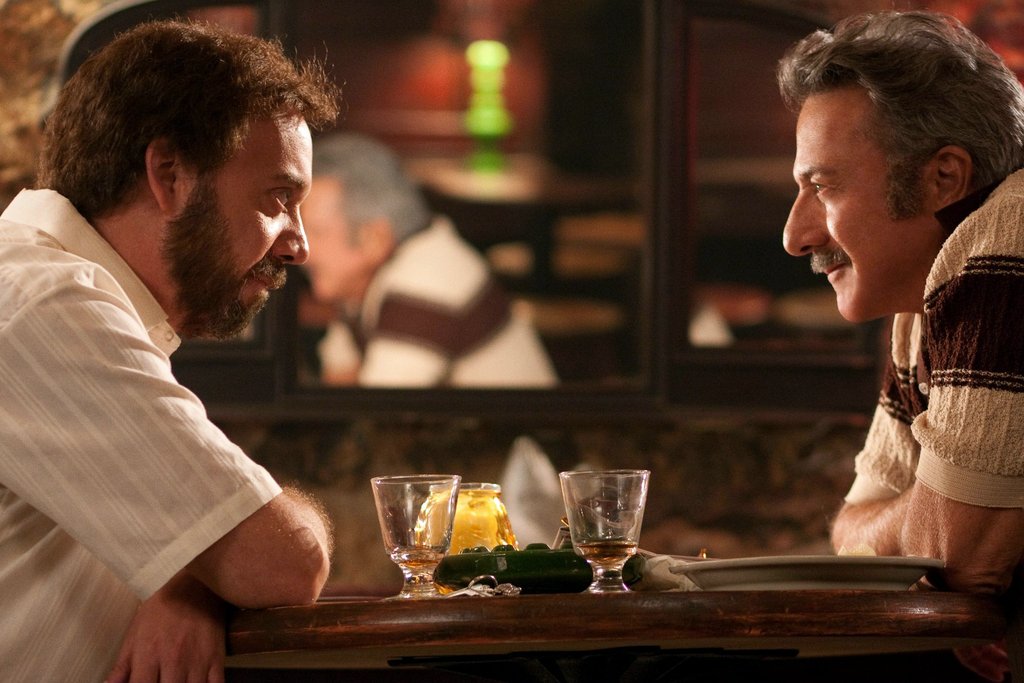 Some films get buried, just as do some performances. Barney’s Version, a fine Canadian-American comedy-drama, just never got seen, despite lead Paul Giamatti’s award-winning lead performance. Taken from a novel by Mordecai Richler, this rich film details the life of a problematic TV writer and producer. Among the film’s many carefully observed characters is Barney’s hard-nosed, bawdy but fiercely loyal and loving police detective father.

The father is played by one of the modern screen’s great actors, Dustin Hoffman. Hoffman is known as a painstaking actor who won’t let up until it’s right. His role here isn’t very long and he doesn’t have great, showy scenes but he puts just as much into it as he did playing Benjamin Braddock or Ratso Rizzo. Even though his character is non-responsive (being dead), the emotion he invested into the character throughout the film makes his last scene a heart-tugger. 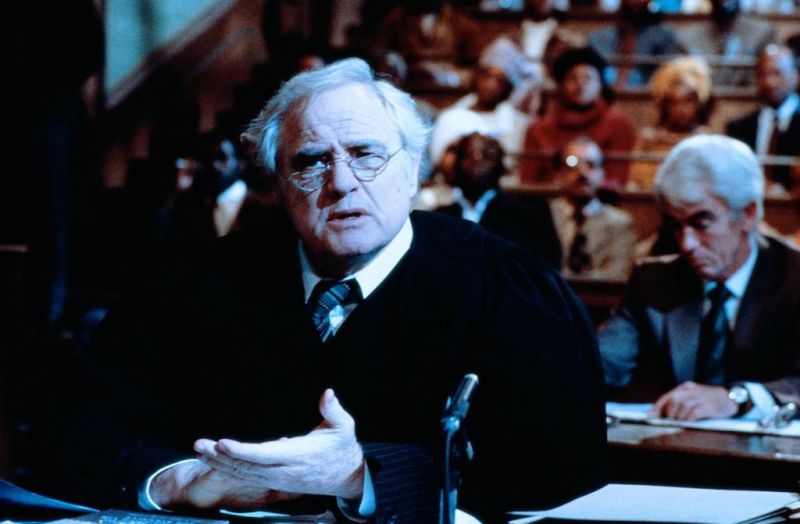 Marlon Brando was an acting god, the first great screen star of movies to be trained in the famous Stanislavski “Method.” Even for those used to seeing Method actors, Brando was a revelation. His first five years in the movie business were incendiary, the ones that really created his legend. After 1954’s On the Waterfront and Oscar, though, his career became rather sporadic. The 60s was an especially bleak decade with the actor making nine films, all flops.

He made a spectacular comeback with the immortal 1972 classic The Godfather and the next year he gave one of the finest performances ever put on film in Last Tango in Paris. However, that performance seemed to burn something out in him. He seldom acted after that and, then, mostly for the money. Even in a superior film such as 1979’s Apocalypse Now he seemed to be alternately quirky to the extreme or disinterested.

The one time in his later days he connected with was 1989’s A Dry White Season. Brando had always cared about the plight of indigenous peoples at the hands of Europeans or people of European ancestry. When he was approached by Euzhan Palcy, a black South African female director, for a film she was making with an anti-aparthied theme, he was touched and intrigued and, for one last time, gave himself wholly over to his two-scene role. He reportedly co-wrote and helped direct his scenes. It is a nice fact that he rallied for one last bow. 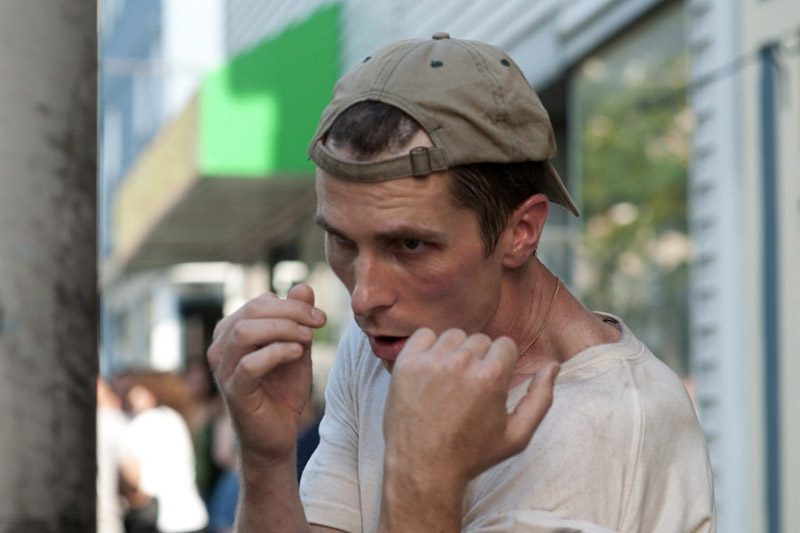 Christian Bale, tall, slender, and dark, had been acting in films for a very long time. He worked steadily and was respected by the critics but his career never seemed to come to life until he was cast as Batman in Christopher Nolan’s mega-hit Batman Begins in 2005. Oddly enough, that led to him finally being recognized as a fine actor. One luxury that film gave him was to be able to take on even edgier roles, and sometimes smaller edgy roles in films not meant to be blockbusters.

Thus he ended up with an Oscar for The Fighter, the true story of a boxing champ (Mark Walberg) who had emerged from an embattled, dysfunctional family, not the least of which is the older brother (Bale), who threw his chance away thanks to substance abuse but is trying to find himself again as a boxing trainer. Thanks to his turn here, the world finally saw what Christian Bale could do. 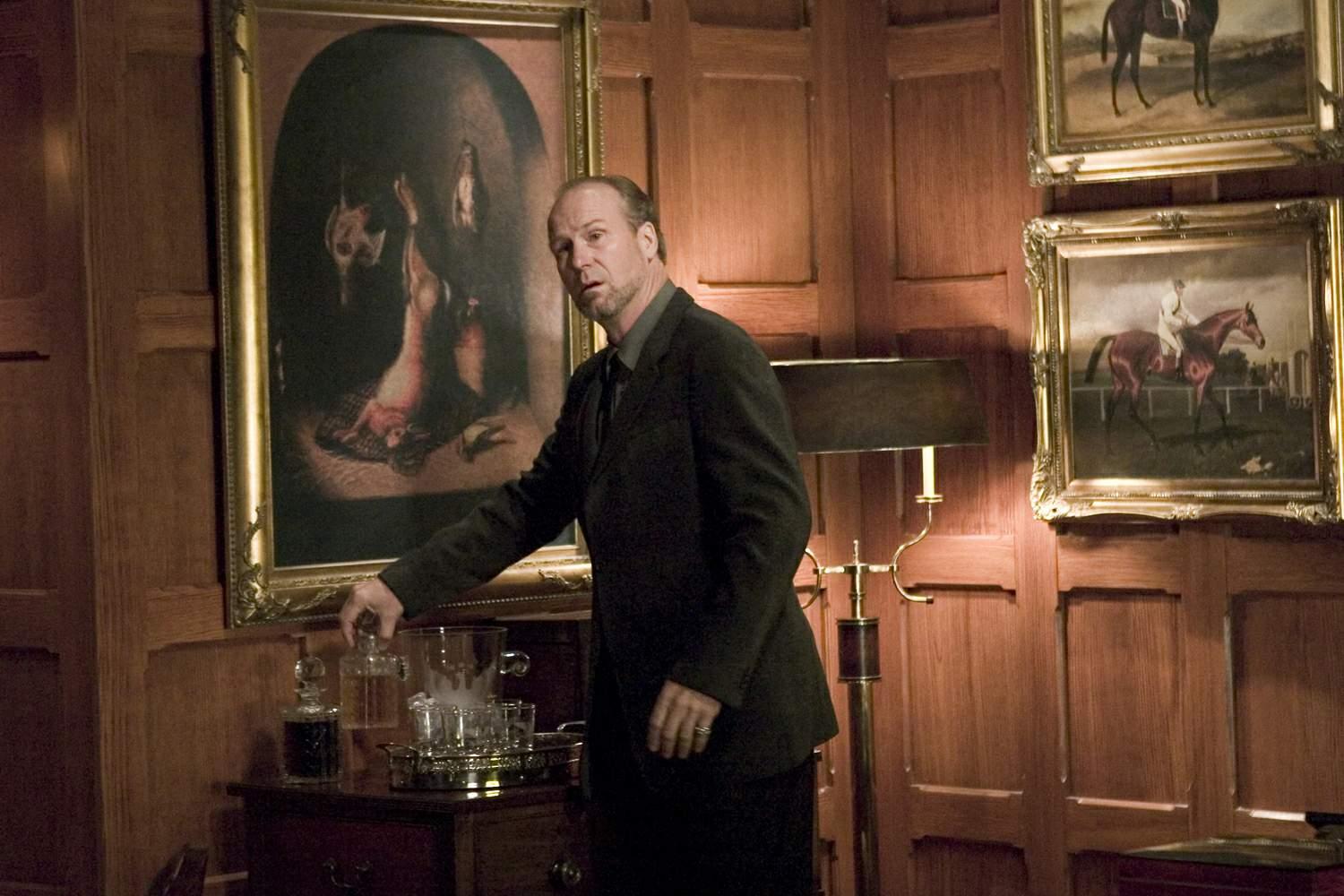 Tall, blonde, good looking, talented William Hurt seemed to have it all when he entered films in 1980. Sure enough he was warmly embraced and won an Oscar in 1985 for Hector Babenco’s The Kiss of the Spider Woman. He received nominations for the next two years and then…nothing much. Reportedly quite difficult to work with, the actor was cast in fewer films and then not in memorable ones.

Cult director David Cronenberg, leaving his genre work behind, cast Hurt in a very small but very crucial role in his film, A History of Violence. The film tells of a former hit man (Viggo Mortensen) trying to hide from his past but having it come back on him. Hurt plays the hit man’s incredibly bitter, incredibly dangerous brother, a man too dangerous to let live. Hurt has seven minutes on screen but he does the job as only a fine actor can do it and he took the film from everyone else in it. 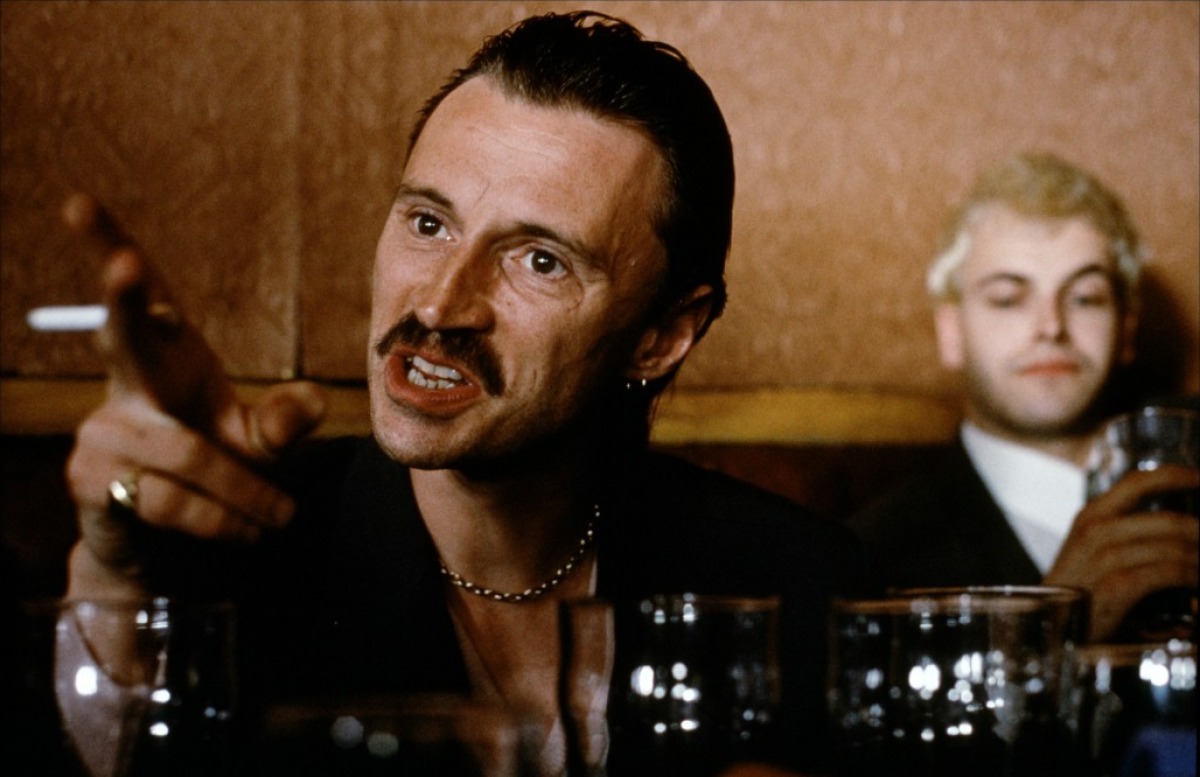 Robert Carlyle is one of those actors who should be better known than he is. Though known for the TV series “Hamish MacBeth,” the film The Full Monty (1997) and the thriller 28 Weeks Later (2006), the tall, somewhat gaunt actor with the working class vibe doesn’t readily come to the minds of many for his brilliant work. One of his best was in Danny Boyle’s Trainspotting, an indie that was a fresh, interesting item upon its release and is still a good film today.

The film details the stark lives of a group of aimless young Glaswegians, most of whom are heroin addicts. Begbie, the character played by Carlyle, isn’t an addict…at least not to heroin. He is, however, addicted to violence and steals any and everything he can. His friends are hapless and tragic, he’s mean and dangerous. Carlyle takes every scene he’s in and turns in a performance to remember. 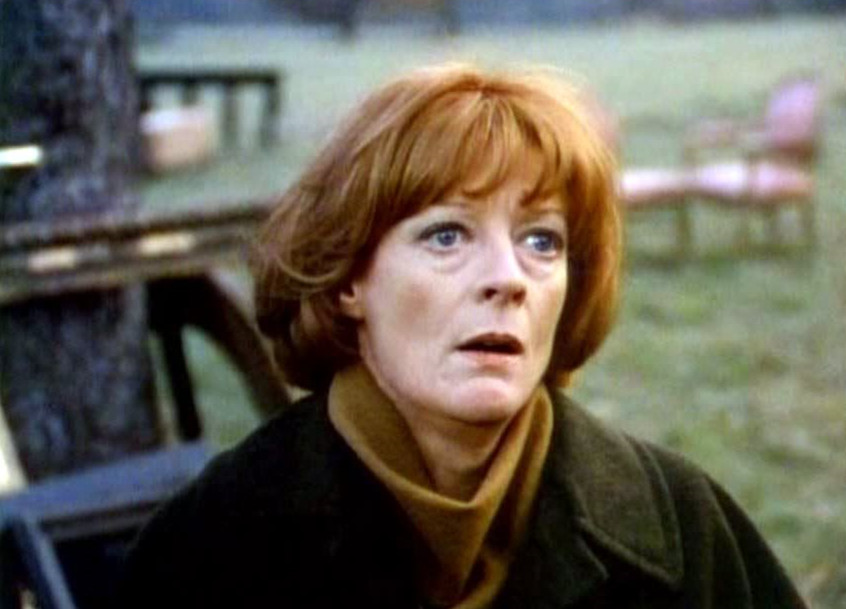 Maggie Smith was a younger bright light of the British stage who did TV and films occasionally for, as she put it, “jam money.” Her big role as Rod Taylor’s love interest in Young Cassidy came about mostly due to the fact that they had appeared together two years earlier in a big, glossy, rather empty film that had been absolutely larded with star names. The then little-known Smith effortlessly all but swiped it, wrapped it up, and took it home.

The V.I.P.s concerns a bunch of very wealthy jet-setters stranded at Heathrow Airport overnight where all of their lives are changed one way or another. Smith plays a plain secretary hopelessly and secretly in love with her dashing boss (Taylor), who is in big financial trouble. The scene where she begs zillionaire Richard Burton, a man with personal troubles of his own, for money to help the boss is shameless, both in terms of the character’s actions and the actress’ inhibitions about going over the line. It was real start of her film career. 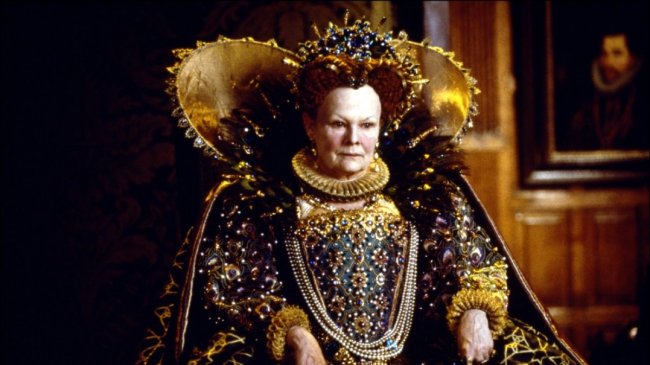 Also from the British stage is Judi Dench but, unlike Maggie Smith, she had a long stage career when the movie world suddenly discovered her. Perhaps being cast in the regular role of M in the James Bond franchise made it happen but the patronage of film mogul Harvey Weinstein allowed her to show what she could do. She and Weinstein have had a lot of success and she has been nominated for many Oscars. Strangely, the only winner was for a six-minute role in a Weinstein pet project the actress took on more as a favor than anything else.

Shakespeare in Love, a big award-winning hit of the time, fancifully looks at the life and loves of the young writer and the events that might have lead to the writing of “The Tempest.” The dei ex machine of the film is Queen Elizabeth I who appears to dispense both unexpected kindness and a hard dose of practical reality. Well, Judi Dench is a queen in her own right, knows how to act and impart the vibe of a queen, and royally stole the show from a formidable cast. 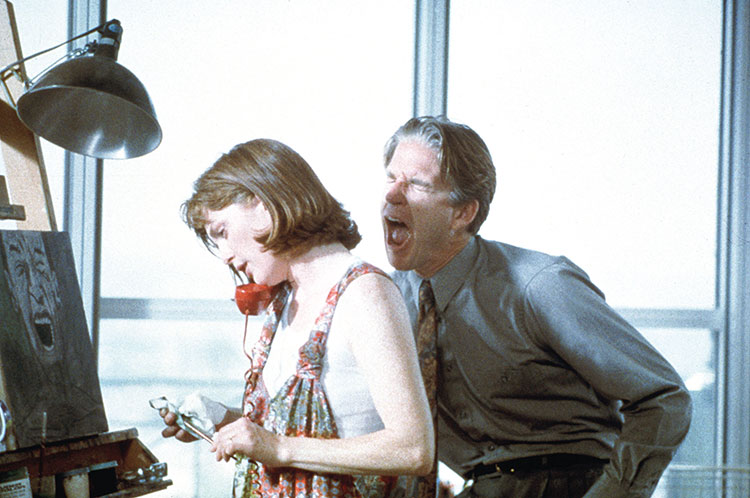 When the books are written and closed on the current era of movies, don’t be surprised to find Julianne Moore’s name in a place of honor. Her films aren’t always the best and she doesn’t always have the biggest role but she’s always biggest and best. When she appeared in Robert Altman’s Short Cuts she was just emerging from being a soap actress on TV and took on a role that might have ended her movie career then and there if it and she had misfired.

This mosaic of life in modern L.A. is composed of short roles weaving in and out of the lengthy film. One of the best episodes concerns a husband (Matthew Modine) and wife (Ms Moore) confronting a nagging, never addressed issue from their past. Their discussion, in the privacy of their own home, takes place while the wife is also cleaning and ironing her soiled skirt, which she has removed and under which she is wearing nothing.

The conversation finds her in a naked emotional state and the camera emphasizes this by showing her fully frontally nude from the waist down for the long duration of her monolog with the husband. The actress pulled it off superbly and with no fuss. Only a dedicated pro could have done it in such an efficient manner.