Warren Beatty has had an interesting career. He appeared in a lot of movies in the 1960s and 1970s, then he co-wrote and directed Reds in 1981. He did win Best Director, but the film lost to “Chariots of Fire” which was a big upset at the time. Since then, he became way more selected in his film roles in the 1980s and 1990s appearing in only six films in that 20-year span.

Let’s hope the last movie he appeared in will not be the horrible disaster “Town & Country” from 2001. He was offered the role of “Bill” in “Kill Bill”, but declined. He is now rumored to be working on a long-in-development Howard Hughes biopic which could be his swan song.

In Reds, his character, John Reed, is an American journalist who departs for Russia with his sometime love, Louise Bryant (Diane Keaton), to participate in the Russian revolution. He gains knowledge from his experience he hopes to impart when he returns to the U.S. The word “epic” gets thrown around a lot for movies like this, but this one deserves it.

Production for the film lasted almost two years. This was one of the last Hollywood movies to be released with an intermission. The superb acting alone makes this one a must-watch.

Academy Award nominee for his work in this film, screenwriter Dan Gilroy (“The Bourne Legacy” and the upcoming “Kong: Skull Island”) takes his first stab behind the camera with this 2014 gritty crime story of Lou Bloom (Jake Gyllenhaal), a beat down, desperate man who decides to become a nightcrawler, an opportunist who “ambulance chases” so to speak so he can cover and photograph recent carnage of all types to sell for a quick payday.

If you decide to be a nightcrawler and make your living on the misfortune of others, you have to be careful and not become involved in the stories or people you are covering.

Set in Los Angeles, the film shows us the “City of Angels” in a unique light, one you haven’t seen on film in a while. The film reminds us of the way the media can manipulate pretty much any story for their own agenda, not caring who they hurt in the process. In 24 hours, we will no longer care anyways on move on to something else.

Gyllenhaal is amassing quite a resume of good work as an actor only 35-years old including this film, “Donnie Darko”, “Prisoners”, “Source Code”, “Zodiac”, “Brokeback Mountain” and many others. He actually lost 20 pounds at his own request for his role in this film and turns in an unstated, raw performance. Standout performances from his partner Riz Ahmed and Renee Russo complete the film. 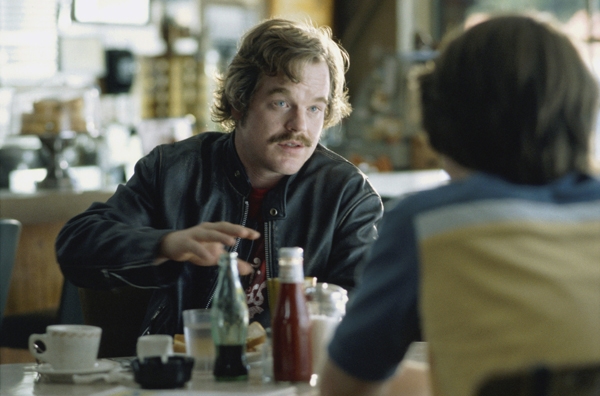 Writer/director Cameron Crowe had written a script for a movie called “Fast Times at Ridgemont High” you may have heard of. In the late 1980s/early 1990s, he really found a voice in making movies about quirky relationships and love with “Say Anything” and “Singles” and the world of sports management with “Jerry Maguire”, so why not take a shot at what he knew best, the world of rock music where he had worked as a critic for several years.

The film follows a young man hired by Rolling Stone magazine to cover the group, Stillwater, a new rock band, as they tour and make music across the U.S. and discovers things about himself, love and the new world of “groupies” around him. The film was actually based on Crowe’s time touring with The Allman Brothers Band and The Who. Kate Hudson’s performance as groupie Penny Lane in the film really got her noticed and jump-started her film career.

The film is another tribute to great writing, acting and storytelling (Crowe won a Best Original Screenplay Academy Award for this film). You will find yourself humming and singing along as the movie unfolds. The Stillwater songs were actually written by rock legend Peter Frampton who Crowe had worked with previously. Big fans of the film should also check out the DVD releases of the “extended cut” and “director’s cut” which have been released more recently. 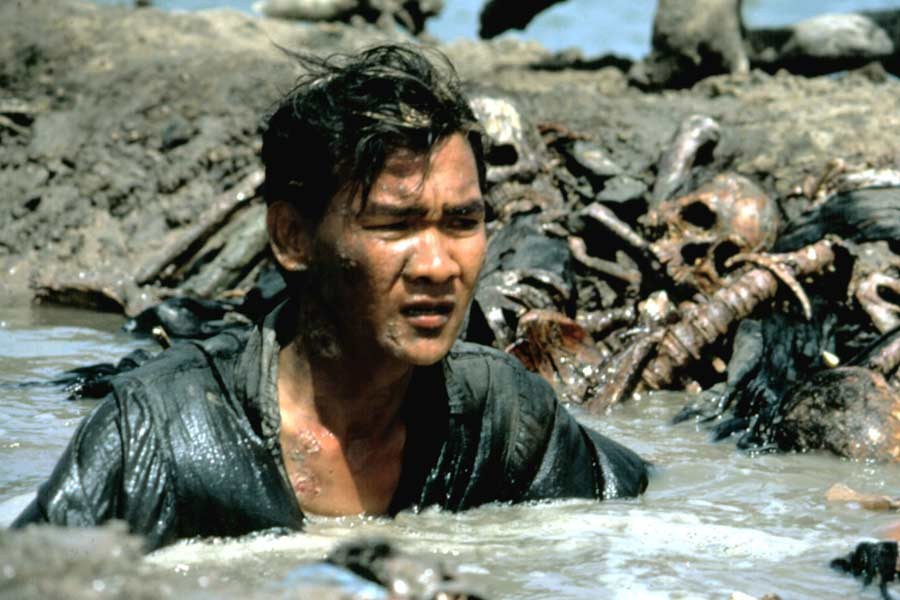 The leader of Cambodia known as “Pol Pot” (short for “Politique Potentielle”, the French words for “brother number one”) had established a brutal regime of genocide in Cambodia in the 1970s. He was the head of the Communist Party of Cambodia known as the “Khmer Rouge” who were responsible for an estimated 1.5 to 3.2 million casualties during this time period.

Many casualties of these atrocities were taken out and made to dig their own mass graves burying them alive in many cases. This was due to a directive soldiers employed saying “Bullets are not to be wasted”. These mass graves are sometimes referred to as “The Killing Fields”.

The film version of these events focuses on the photojournalist (Sam Waterston) sent to cover Cambodia during this tumultuous time and his local guide (Academy Award winner Dr. Haing S. Ngor) as they make their way through these events and discover the madness happening all around them. The photography and editing in the film are excellent (both winning Academy Awards also). The movie itself lost to Amadeus for Best Picture 1984.

The performance by Ngor was, obviously, the performance of a lifetime for him. During filming, he often had to take breaks or even leave the set due to living through some of these events and the recollections being too painful for him to endure. This story is an important one and one that should not be forgotten.

11. Fear and Loathing in Las Vegas

The teaming of a novel by Hunter S. Thompson and Monty Python veteran turned visionary, eccentric director Terry Gilliam would seem to be a good one indeed. Gilliam has built his career around telling very imaginative and visually enthusiastic stories. Roughly, this movie is about a journalist and lawyer who make a trip in their red Chevy convertible across the U.S. to Las Vegas to cover a motorcycle race and the drug-induced misadventures they have in the process.

Most people don’t know Oliver Stone and Martin Scorsese had attempted to bring the semi-autobiography written in 1971 to the screen unsuccessfully. At one point, Marlon Brando and Jack Nicholson were considered for the leads. In a later effort, John Belushi and Dan Aykroyd were also up for the parts.

In 1980, “Where the Buffalo Roam” starring Bill Murray was released which was based on several Thompson stories including this one. The story is very fragmented, lots of weird events happen while the two are in their hotel room and they meet many interesting people along the way. Having only done $10.8 million at the U.S. box office, this film has become one of the most popular “cult” movies of all time.

The 2nd Alan J. Pakula directed film on this list, this movie finds Warren Beatty playing a reporter who begins an investigation with a TV newswoman (Stepford Wives star Paula Prentiss) after a Senator is murdered only to discover a high-reaching immense plot involving the Parallax Corporation. He decides to join their ranks in an attempt to learn the true nature of the conspiracy. T

he word “parallax” is defined as “a displacement or difference in the apparent position of an object viewed along two different lines of sight”. The idea of the film is to present the viewer with facts and information regarding events depicted in the film from multiple points of view (“parallax”) and allow the viewer to draw their own conclusions. This is difficult to do with a film since there are always many influences (director/actor/editor, etc.) at play, but this film does it very well.

American Beauty is a great film; however, this 1999 Michael Mann (Collateral, Heat, among others) directed true story about former employee chemist Jeff Wigand (Russell Crowe) attempting to be a “whistle-blower” on the tobacco industry via TV show 60 Minutes for star Mike Wallace (Christopher Plummer) and producer Lowell Bergman (Al Pacino) should have maybe won the prize instead. Wigand goes on camera to attempt to try and expose the truth.

The film shows a lot of the politics which were happening at CBS at the time and how that can shape peoples’ opinions and actions. There was pressure put on CBS not to air the interviews Wallace had completed because of a pending purchase of the network by Westinghouse. Unfortunately, Wigand ended up being the scapegoat. Very interesting and compelling story.