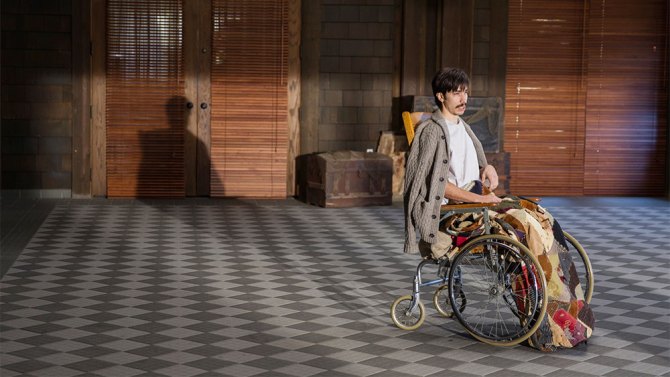 Born in an amusing (and very stoned) giggle-infested rant on one of his many popular podcasts, filmmaker/web deity Kevin Smith truly lets go with Tusk, the story of an obnoxious podcaster (a very entertaining Justin Long) who gets kidnapped by a strange old man (the great Michael Parks). The old man wants something very simple and reasonable: to completely (and medically) alter Long’s body and mind until he looks and acts like a walrus. Believe it or not, the film just gets stranger from there.

While it owes some fairly substantial debt to Cronenberg, Lynch, Demme, Del Toro, and other masters of the macabre, there is also something very original about this stream-of-conscious “anything goes” horror flick.

Smith, who has been a well- known, always-amusing, and sometimes-brilliant writer-director of character-driven indie comedies for over two decades now, finally pushes himself into a new realm (respectively started by his equally-interesting horror/thriller Red State) with Tusk. It’s a refreshingly trivial head scratcher of a movie that only someone with a lot of confidence and talent (not to mention a ton of THC in their system) could pull off like this. 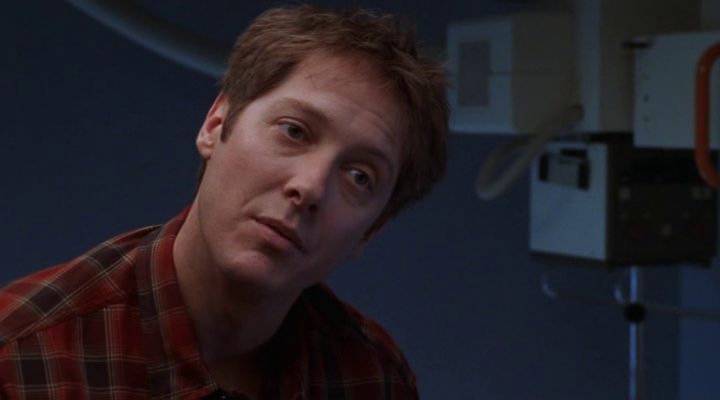 This clever, well-crafted, and well-acted action-thriller reunited James Spader with his Jack’s Back director Rowdy Herrington. Smaller-scale thrillers like The Stickup, which found most of their audience on DVD, were fairly commonplace at the time of it’s release.

The quality of the film (with a plot twist that rivals The Usual Suspects), however, wasn’t. Fun and engaging, The Stickup stands out as a B-movie in design, but as an A-picture in presentation.

This twelve thousand dollar-budgeted (true) independent digital film made its way into a couple festivals, got to screen at the prestigious Gene Siskel Center in Chicago, Illinois (where and around it was filmed), and even received a very favorable review by Roger Ebert . In spite of its high quality and initial acceptance, the film (like so many other quality indie productions made these days) failed to find a distributor, and can now be viewed on Vimeo.

The film itself is a strange but highly moving one about a young man (Ian Forrester) who becomes obsessed with the accidental deaths of two college students he didn’t even know. Naturally, he does what everyone would do and decides to re-enact the last moments of their lives through puppetry and filmmaking.

Like Lars and the Real Girl and Wes Anderson’s best work, In Memoriam doesn’t drown in its own strange or quirky sensibilities, but instead uses them to inform a story (and the viewpoint of Forrester’s highly endearing but undeniably odd character) that is rich in both humanity and sincerity.

Unlike so many other shoestring indies, In Memoriam gets the important things right: the acting (especially by Forrester) is always real and committed enough to carry us through the entire film, and the writing (by promising filmmaker Stephen Cone) is grounded in a maturity and skill that makes such challenging and interesting subject matter seem simple to execute.

In Memoriam is worth wading through a sea of unwanted indies that have been dumped online to find, as it is far too unique and far too interesting of a film to go by unnoticed. 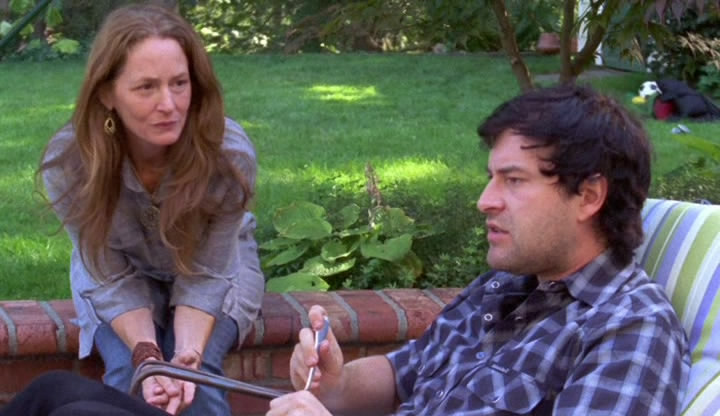 Both in front of and behind the camera, Mark Duplass is one of the most interesting and likable figures in popular independent film today. From his writer-directorial efforts (done with his brother Jay) like Jeff, Who Lives at Home and Cyrus to his more-than-likable onscreen performances in The One I Love and Safety Not Guaranteed, he has repeatedly proven himself to have great tastes in choosing the right projects to act in, and a great talent in creating the ones for him to direct.

True Adolescents is The Skeleton Twins’ Craig Johnson’s debut as a writer/director. Like that great and underappreciated film, True Adolescents is able to tackle very real and uncomfortable truths while also finding endearing and organic humor at the heart of his (often emotionally stunted) protagonists’ neuroses. True Adolescents is a great, and sadly unnoticed, comedic character study whose quality is far too rare today. 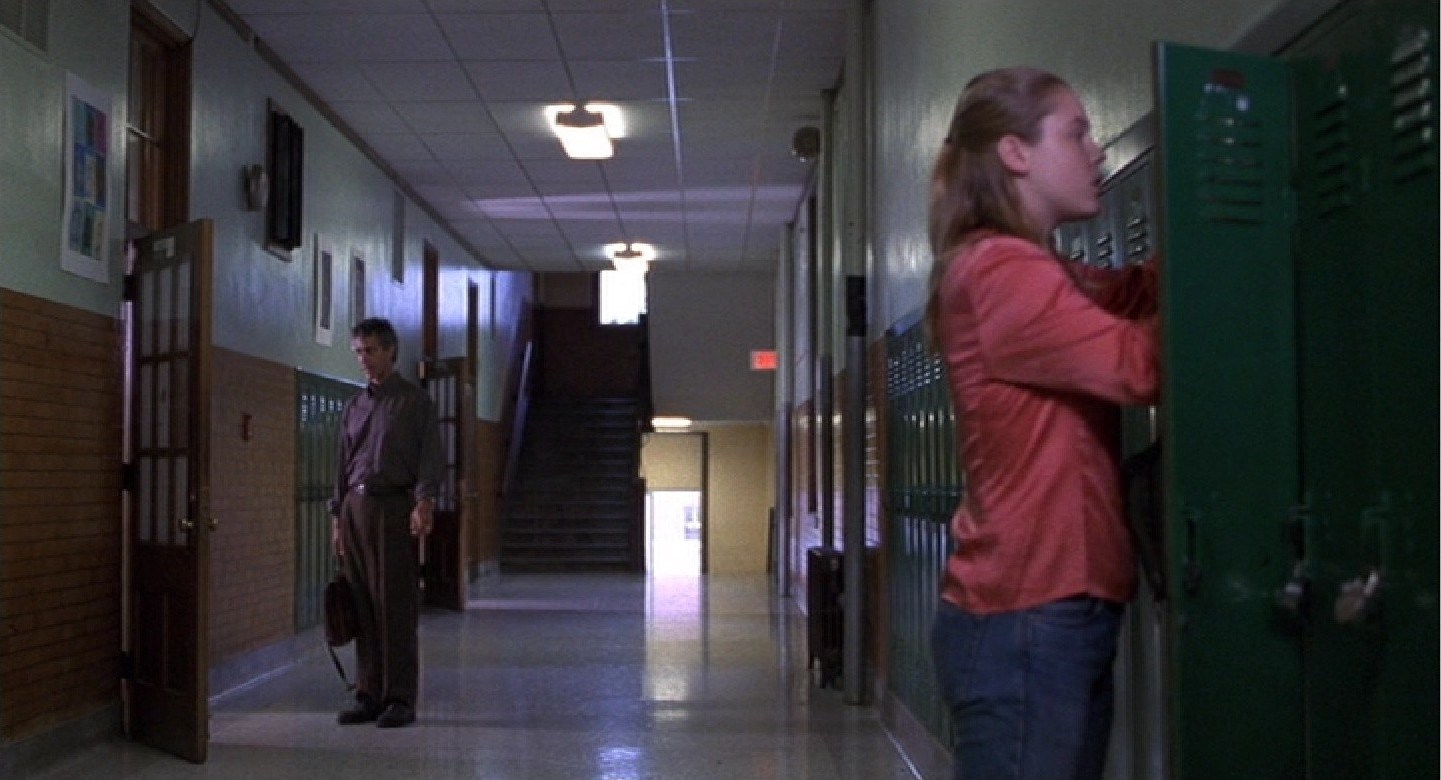 Karen Mocrieff’s debut as a writer/director is a moving, painfully realistic, and earnestly frank depiction of a troubled and lonely young high school girl’s (a fantastic and underrated Agnes Bruckner) budding and inappropriate relationship with her English teacher (the always compelling David Strathairn).

Unlike so many other stories with similar subject matter, Blue Car doesn’t sensationalize or sexualize the events, but rather very maturely (and objectively) depicts the destructive and deceptive reality behind such a relationship. Blunt, moving, and sometimes hard to take, Blue Car is a perfect antidote to the shortage of intelligent and honest teenage films made today. 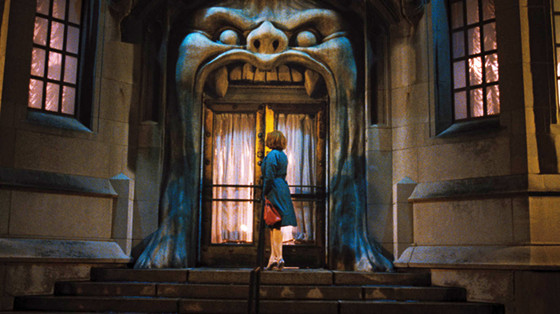 Make no mistake, Lost River is strange film. It’s a coming of age story set in an economically drowning town that is as beautiful and moving as it is nightmarish and violent. Simply put, you can’t peg the film down as any one thing, which is probably why critics all but attacked it and left it for dead well before it was officially released . It has since landed in the world with the softest of thuds: a minimal theatrical release and a barely publicized home video/VOD premiere.

Ryan Gosling’s debut as a writer/director is an eye-popping and dream-like fable that is heavily derived from the works of Lynch, Gaspar Noe, frequent Gosling collaborator Nicolas Winding Refn, and even Terrence Malick.

While the film doesn’t shy away from tipping its hat to the masters that came before it, the sum total of Lost River’s experience still manages to be surprisingly original and fresh. You may not entirely understand Lost River, but you will remember it, and it will stay with you for some time afterwards whether you like or not. 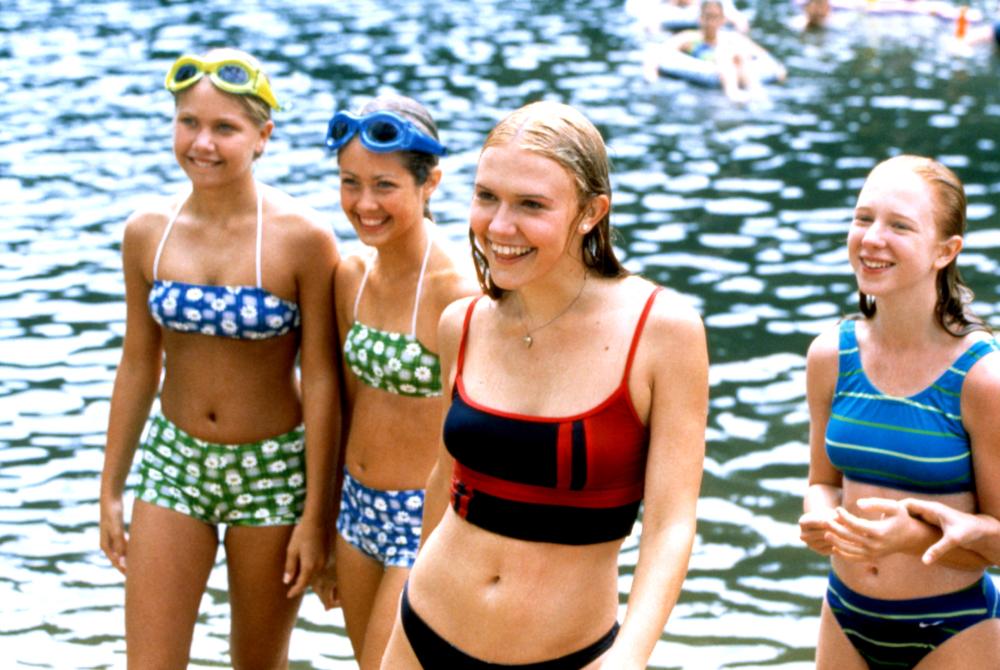 At first glance (and perhaps even on first viewing), Happy Campers doesn’t seem to be anything special. In fact, it appears to be just another teenage camp movie, filled with silly hijinks, budding romance, and growing pains that are found in every coming of age film and wild teenage comedy made since the eighties.

On slightly closer inspection, however, the film is beautifully shot (by frequent Soderbergh collaborator Elliot Davis ), quite well written with a number of quotable lines (“Isn’t fun great?!”), and is often executed with a skilled and sophisticated taste for absurdism.

One doesn’t have to study the credits too closely to understand why the film rises above its genre: it was written and (in his debut) directed by the wonderfully original and still-groundbreaking Daniel Waters, the sole screenwriter and lunatic behind director Michael Lehmann’s darkly comedic teenage cult classic, Heathers.

Described by Waters as “Truffaut meets Meatballs”, Happy Campers is a fascinating (though sometimes bumpy) exercise in tonal shifting that is far more aware of it’s apparent genre-indecisiveness than many critics and audience members ever gave it credit for being.

Though flawed (the late and talented Brad Renfro seems miscast and out of place as the film’s male lead, a few scenes mildly suffer from some sloppiness in staging), Happy Campers still manages to stand up quite nicely in both style and intention next to Waters’ most successful works (Heathers and his more refined and brilliant directorial follow-up, Sex and Death 101).

It is a welcome and unique American comedy that exceeds expectations if you give it the chance to do so. In looking just closely enough at Happy Campers, it’s not too hard to see that there is a true method and intention behind the film’s perceived sloppiness and immature madness. 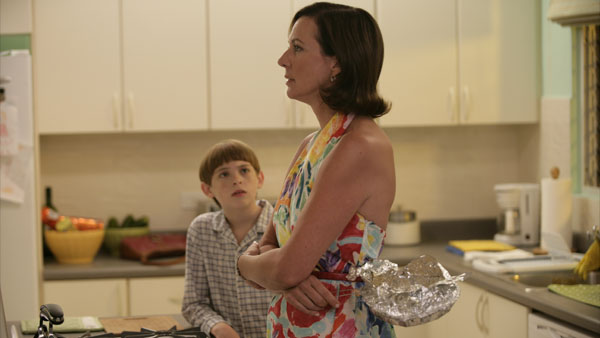 If Wes Anderson had been raised in Michael Jackson’s basement while being treated to nightly bedtime readings by Bret Easton Ellis all the way through puberty, he might have grown up to be Todd Solondz.

From his shocking multi-character epic of perversion, Happiness, to these two lesser-known greats, Solondz has pushed the limits of dark comedy and satire about as far as a live-action filmmaker can go without being physically thrown into jail for a very, very long time. That’s actually a bit of an understatement, but it’s also a compliment to the highest degree.

In Palindromes, Solondz audaciously tackles the issue of abortion (in a manner only he could accomplish) by having his lead (teenage girl) character portrayed by several different actresses at different points in the story. Life During Wartime is a slightly less shocking though equally effective sequel to Happiness, but with every single character completely recast. Both films are fitting, though lesser-known, entries into Solondz’s serial-killer-level-of-disturbing-but-still-hilariously-funny body of work. 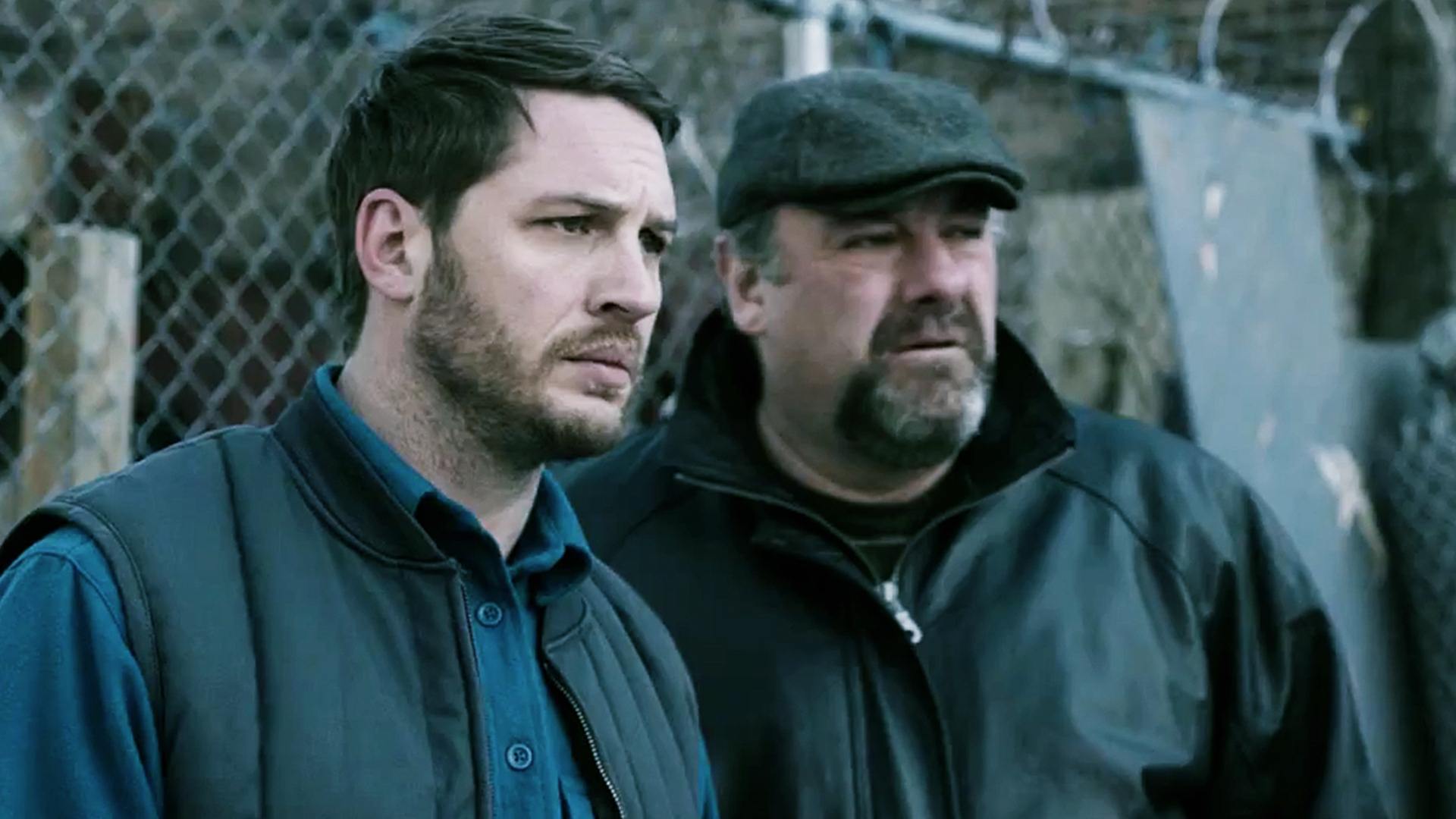 Adaptations of Dennis Lehane’s “Boston noir” literary work has provided material for three of the most intense and thought-provoking American thrillers to be released this century: Mystic River, Gone, Baby, Gone, and Shutter Island. Adapting his own short story, Animal Rescue, this time around for The Drop, we have a fourth great film to add to that list. Unfortunately, it’s also the least known and seen of the group.

Probably too quiet and restrained to draw instant attention, The Drop is every bit as involving as Lehane’s previous adaptations, but lacks the twists and turns to make it as much of a popular thriller.

Featuring a cast of fantastic talent (Tom Hardy, Noomi Rapace, James Gandolfini, and John Ortiz) The Drop is a smaller, quieter film that is a character study first, and something of a crime thriller second. Hardy delivers his best (and, sadly, most unnoticed) performance to date as a character that may seem simple at first glance, but is bound to surprise you upon closer inspection.