Fassbinder’s critically acclaimed film features one of the most heart-felt cinematic love stories that is formed between two highly unlikely lovers. Emmi is an old widowed cleaning lady who on a rainy night finds shelter inside a bar that plays oriental Arabic music.

In the other side of the bar sits the middle aged Ali, a poor Moroccan worker who asks the old woman for a dance. The two of them become friends and later lovers and start sharing Emmi’s apartment. Their socially unconventional romance soon draws unwanted attention and the couple is set as a target of discrimination and constant mockery.

Ali and Emmi connect with each other in a profound way. The man spends nights listening to the woman’s problematic family stories and genuinely takes care of her. Emmi’s dreadful and mundane life gets resurrected by his arrival and she starts feeling passionate after a series of endless monotonous years of loneliness.

The film provides the viewer with an in-depth critique of racism and its mechanisms. The bigotry that the couple faces taints their relationship and tests the limits of both heroes who strive to find their true identities between their social and actual selves.

Theodore is a lonesome middle-aged man who is just finishing with his painful divorce. The sources of happiness in his life are his friends and his favourite video games that keep him company at nights. It is at this point of his life that the long-awaited OS1 will become available for purchase, marketed as the first operational system with an actual consciousness.

After buying it and installing it, Theodore soon becomes infatuated with its voice, Samantha, who becomes his constant companion and platonic lover.

Her perfectly captures the alienation of modern societies. Real relationships are hard to form and sustain while artificial intelligence, always open to customisation, is here to satisfy every single one of your needs. Theodore is a human being addicted to the luxuries that technology offers him just by pushing a button.

Afraid to step out in the real world and risk being hurt all over again he entrusts all of his real cravings to a fake pre-constructed non-existence. But even if his object of love is nothing but a fraud his own lust for affection make it a mirror of all of his hidden desires and anticipations. 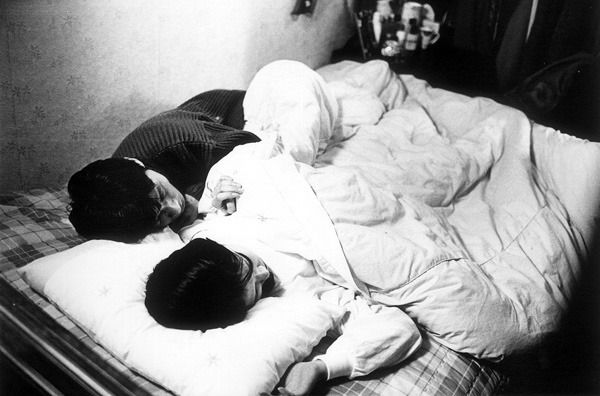 Hong Sang-soo is a master of creating films about romances that are not very romantic. His heroes are usually modern people who strive to find love in their lives in a manner that is distinctly unconventional.

In Virgin Stripped Bare by her Bachelors, the young and beautiful Soo-jung is set in the centre of a love triangle that is weaved between her and two men; Young-soo and Jae-hoon. The two male protagonists passionately fight to deflower the heroine whose intentions and preference is left unclear until the very end of the film.

The movie has a special structure that divides it in several chapters that narrate the love stories of the heroes from their disparate points of view. The viewer is invited to interrogate whether each of the stories could be right or false and which version is the most valid. Falling in love is presented as a source of frustration and confusion for all the members involved and romantic approaches and behaviour of the three characters are detached in a immensely bitter-sweet way. 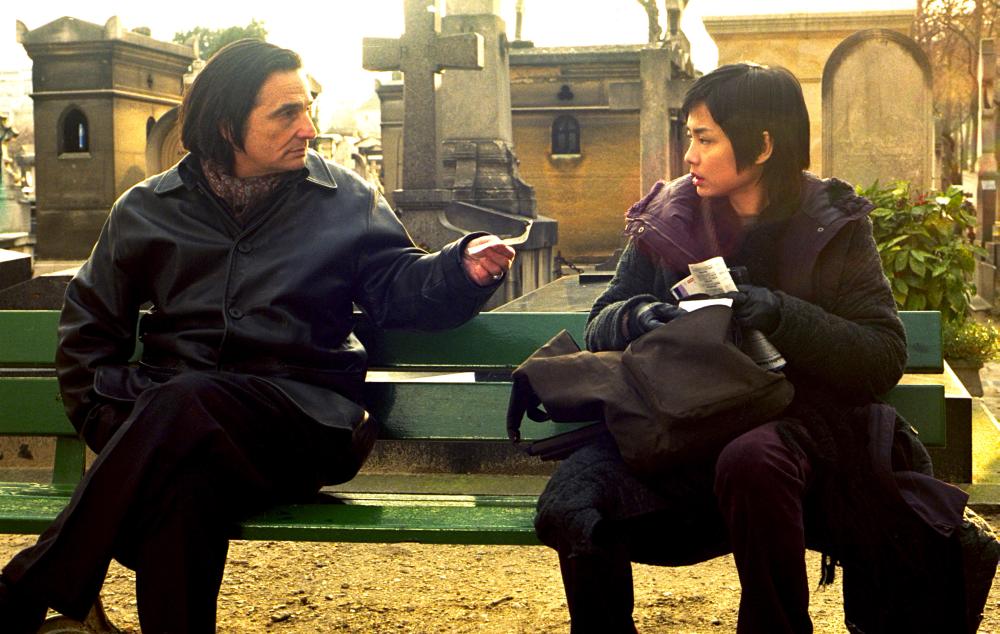 Probably the most puzzling film on this list, What Time is it There negotiates romance in a transcendent and mystified way. It tells the story of a young man who just lost his father and now has to deal with his grieving mother who believes that her spouse can be miraculously reincarnated. The man works as a street vendor, selling watches to make ends meet.

One day, a woman visits his stand and requires to buy the watch that the hero is wearing. The man initially refuses but accepts to do so shortly after as he is attracted to his strange client. Before leaving him the woman confines in him that she is preparing to leave for a trip to Paris an this information changes the protagonist’s life in an unexpected way.

The man suddenly becomes obsessed with everything that has to do with Paris. He starts changing watches and clocks to the French time and watches French films. On the other side of the planet, the woman is wandering alone in the streets of Paris, she falls asleep on a bench and gets robbed by a group of boys.

The actual contact between the main characters of the film is momentous and the woman will shows even the slightest sign of affection towards the man. The romance is on the contrary experienced from their symbolic actions and reactions that may not bring them together but prove that there was a profound connection between them that exceeds human understanding.

Here is a crazy, surrealistic, pink musical film, refreshing and romantic to its very core. Asuka is a woman who works in the fish factory of her husband-to-be, Taki. She leads a normal and happy life until one day she meets a male kappa- a hybrid half man-half fish who falls in love with her and decides to court her. As if that was not enough of a surprise, Asuka learns that the mysterious folk myth creature is the spirit of her teenage love who drowned only to be reborn.

Underwater Love is an unconventional romantic film with a unique ability to present all of its numerous sexually charged scenes in an undeniably innocent way. At times when the aesthetics of the movie are in danger of looking cheap the cinematography of Christopher Doyle saves the day. The carnal encounters of the gifted kappa are hilarious and the obstacles that the heroine has to overcome to be with her beloved turtle love are absurdly imaginative.

Eternal Sunshine of the Spotless Mind is a conventional romantic film to its base because it revolves around the concept of the couple that was meant to be together. Joel and Clementine meet each other on a train trip and they immediately become attracted to each other.

What they don’t know but will soon discover is that this is not the first time that they meet each other, even if that’s what they think. The heroes will be called to solve the mystery behind a company called Lacuna which specialises in erasing people’s memories.

Realising that they used to be a couple before but decided to erase every detail of their encounter from their minds Joel and Clementine face the dilemma of whether or not they should be back together. The unconventional nature of the film springs from its structure and its relationship to time.

There are numerous parallel story lines that unveil the events that took place in the past only to return to the present and then back again. The film definitely owes a huge part of its success to this structure which perfectly captures the perplexing anatomy of love itself. 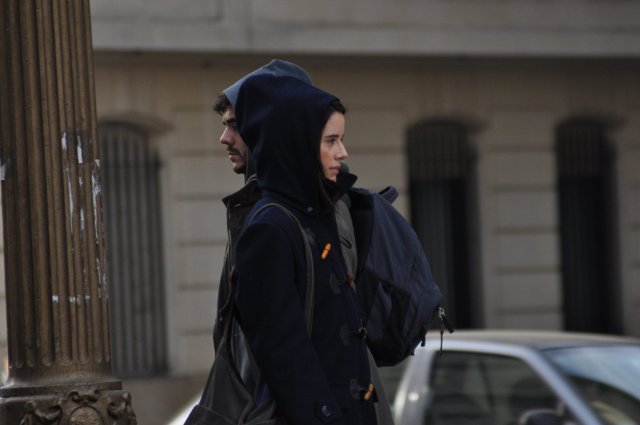 Martin is a lonesome web-designer who suffers from psychological problems and lives in a claustrophobic apartment in Buenos Aires. On the same street resides Mariana, an unemployed architect who is equally dissatisfied with her life.

The two heroes live so close but they have never paid attention to each other, leading different lives and going on dates with other people. Their common denominator, though, is the void that they feel inside them, a gap which roots they both assign to the coldness of modern cities and the emptiness of their lifestyle.

Medianeras is a study of the nature of romance in the urbanised landscapes of big cities. Alienation and loneliness are set as targets of its social critique. The thick colourless cement walls of the buildings become metaphors for the detached modern relationships.

It is no coincidence that the two heroes of the film first encounter each other when Mariana decides to demolish a part of a wall in order to create a window for her apartment. It is at this point that the light unexpectedly enters her life in both a literal and a metaphorical way.