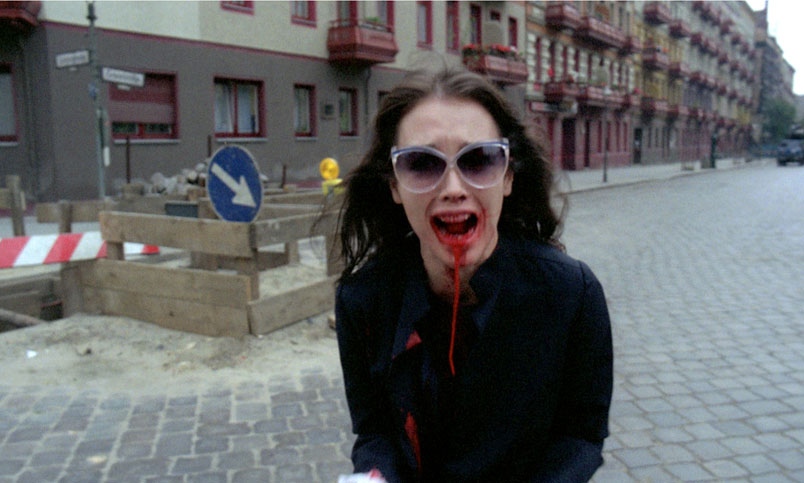 This is quite possibly the most bizarre film on this whole list. With a tone that could only be described as hysterical, it would have placed much higher on the list if it actually made sense. Despite the fact that it played In Competition at Cannes with Isabelle Adjani winning Best Actress at both Cannes and the French Cesars, Possession remains a film that probably only the director himself understood.

The main story is about the disintegration of a marriage between Mark and Anna, but hints of a political allegory also taking place frequently surface in the form of Mark’s vaguely explained job (and some shenanigans involving pink socks), the film’s setting in Berlin and the very frequent sighting of the Wall and its guards each time a character looks out the window.

But even without managing to figure out what the hell is going on, Possession is a WTF movie of the highest order, with character psychology going from calm to mental in a manner of seconds, punctuated by endless shrieking matches between the couple or between Mark and one of Anna’s lovers Heinrich (a lothario who’s alternately macho and effeminate, played with superbly memorable overacting by Heinz Bennent), not to mention Anna’s other lover, a tentacled creature that looks like an octopus.

With so many show-stopping WTF moments, the crown jewel (which surely clinched Adjani’s Best Actress prizes) is undoubtedly the scene where Anna spectacularly freaks out like a woman possessed in the subway tunnels, having some sort of miscarriage with blood and goo coming out of her ears and body in the process. Unforgettable. 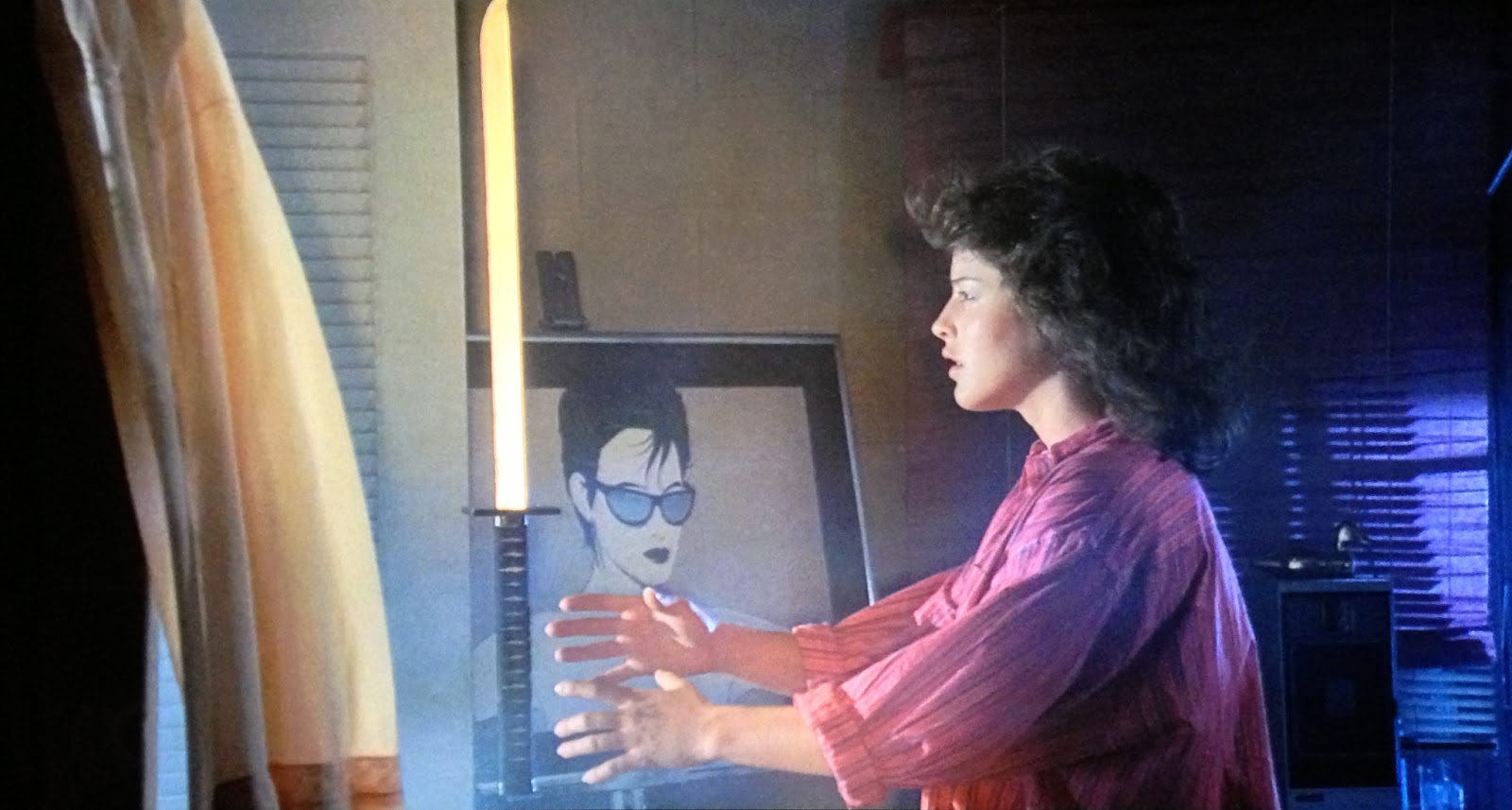 Any film, no matter how cheesily bad, that involves an aerobics instructor being possessed by the spirit of an evil Ninja is definitely one that is worth tracking down. Whatever it was that went on in the minds of writer James R. Silke, director Sam Firstenberg and legendary 80s producers Menahem Golan and Yoram Globus to actually get this film greenlit, made and then released into theaters, cinema history owes them a huge thank you.

Opening with an astoundingly long, epic and somewhat incompetent fight sequence when a Ninja easily and comically assassinates some sort of politician at a golf course, the whole cavalry, from policemen on motorcycles to even helicopters promptly arrive at the scene to give chase to the Ninja and it took hundreds of bullets to finally kill the damn guy.

The fun doesn’t stop there as our hero, the aerobics instructor, was somehow close by fixing telephone lines (don’t ask!), and was then possessed by the spirit of the evil Ninja, leading her to unexplained blackouts from which she wakes up with blood on her clothes and hands. Cue lots of ineptly staged fight scenes, dramatically hilarious attempts to resist possession and, of course, exorcism, in a Ninja movie! Really, what’s not to like? 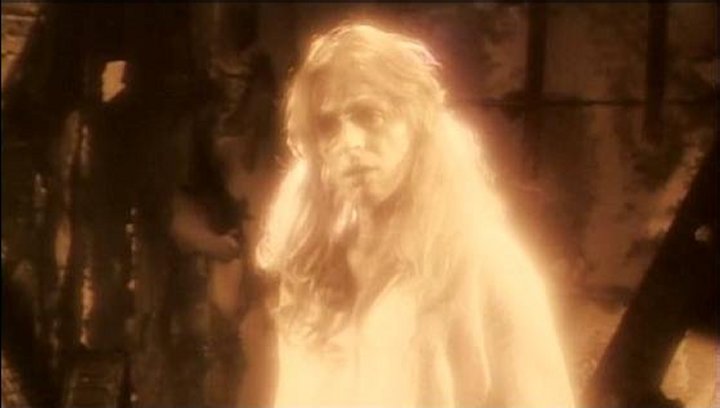 Even after almost 40 years, Larry Cohen’s cult classic will still warp the mind of anyone seeing it. The movie begins with a rooftop shooting, as a sniper guns down 14 people on the streets of New York City, with the killer making this dying confession: “God told me to.”

A few more random killings and murders happen after that, like a cop going on a shooting spree during the St. Patrick’s Day Parade and a father gunning down his whole family, also for the same reason, that God told them to.

Although technically a whodunit, as the hero cop tries to find out how these murders are connected, his findings will take the film into a wholly different and interesting territory as mind control, stories about aliens artificially inseminating women and an encounter with a Jesus-like hermaphrodite with a vagina on its left rib opens the possibility that if a superhuman alien was raised and lived among mortal men, wouldn’t that alien be some sort of God, or at least a prophet in the first place? 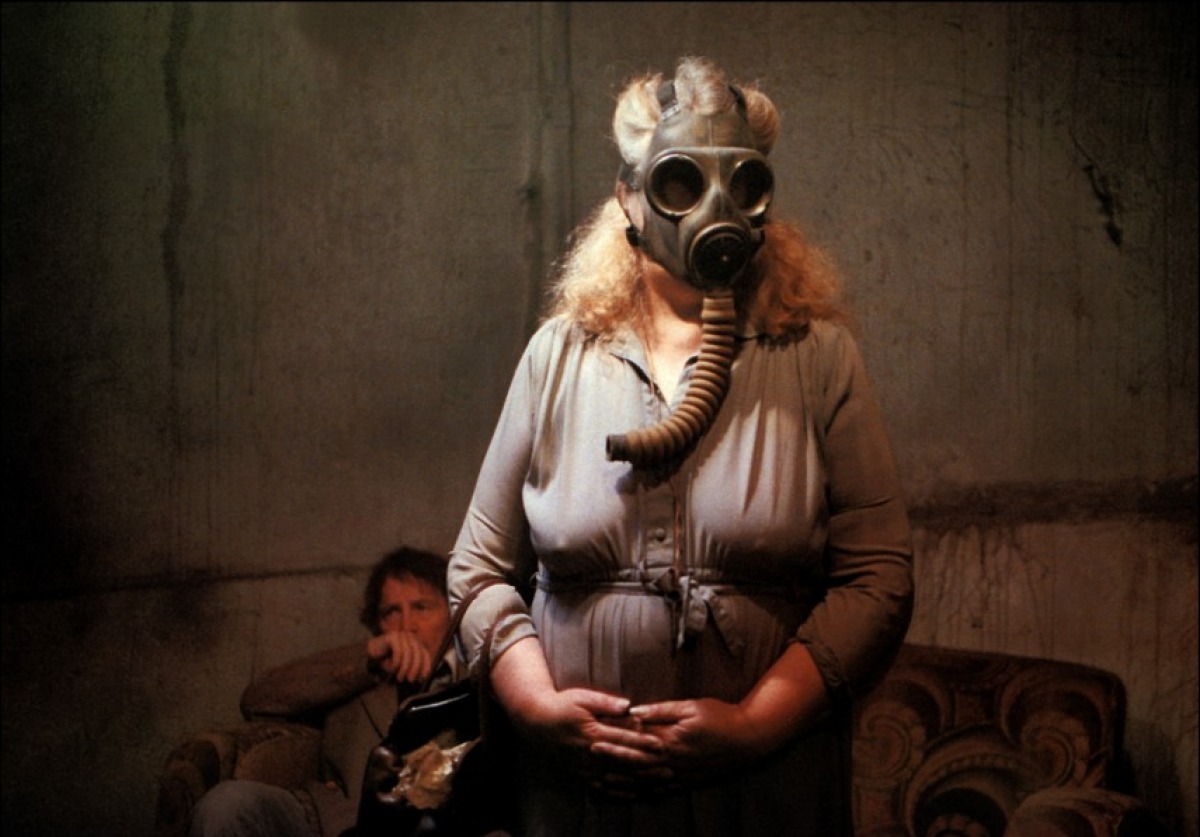 A genius, one-of-a-kind achievement by Australian director Rolf De Heer, Bad Boy Bubby nabbed the Grand Special Jury Prize at the Venice Film Festival, but was unfortunately not distributed widely enough to creep onto the radar of most filmgoers.

A story about Bubby (an astonishing Nicholas Hope), a man-child kept locked his entire life in a dingy apartment by his depraved mother, Bad Boy Bubby is part Lynchian nightmare, part fish out of water comedy, a rather sweet examination of Oedipus complex and also clearly a send-up of all things wrong with the world, from murder to organized religion to even social prejudice on mentally handicapped people.

All of this is expertly weaved into a story in which Bubby, who can only communicate by memorizing and mimicking what others say and do, manages to escape into the outside world, discovers sex and pizza, becomes a rock star and a serial killer among other things, all the while trying to understand and fit in this cruel world. As Bubby likes to say it, “Christ kid, you’re a weirdo.” 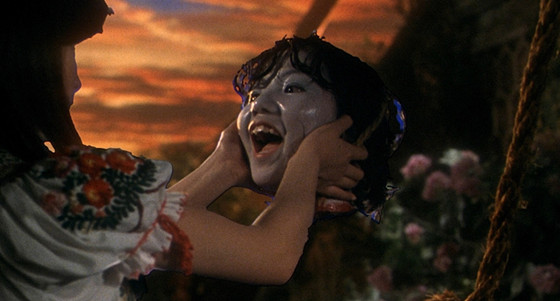 The answer was the absolutely bonkers House, the feature directing debut of Nobuhiko Obayashi, one of the pioneers of the Japanese experimental film scene who later made some of the country’s most famous TV advertisements. And the film is exactly that, an experimental, psychedelic horror film that plays like an avant garde TV commercial.

It’s a simple haunted house story, about seven teenage best friends with names like Gorgeous, Kung Fu, Fantasy and Prof, going into the country to visit Gorgeous’ aunt at her house, which turns out to be haunted, and they get killed one by one.

But what transpires onscreen, like a girl getting eaten by a piano, another one getting attacked by a roomful of mattresses and an evil cat flooding the house with blood spewing out of its mouth, are such glorious sights that it’s no wonder teenagers lined up to see the film during its theatrical run. Only in Japan! 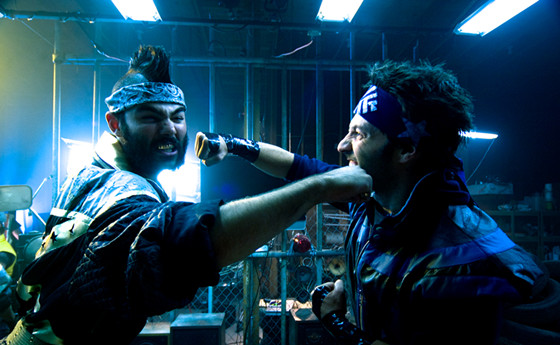 Cult films are usually unintentional. There have of course been many attempts to intentionally engineer and make a cult film, but far too many of them ended up being one-note jokes that far outstay their welcome. It takes special talent to recognize the thin line between good ridiculous and just plain ridiculous.

Jason Trost and Brandon Trost though, judging from their perfectly judged debut film The FP, have exactly that. They get the fact that all those cult films so beloved by their fans are so endearing because the actors act like they’re in a serious and worthy movie, no matter how ridiculous the premise is.

There’s no wink to the audience. Similarly, there’s absolutely no wink from the actors here, as The FP possesses some of the greatest serious bad acting in the history of cinema, as the premise is awesomely silly enough to keep things fun.

It’s about two rival gangs fighting for control of Frazier Park in a future where street cred is gained from the ability to beat your opponent (sometimes to death, 187 yo!) at a game called “Beat Beat Revelation” (which is more or less “Dance Dance Revolution”). Despite everyone being white (or Asian), they amusingly talk like African American gangsters, yet play everything so straight that it does seem like they honestly mean it.

Having character names like JTRO (pronounced ‘Jay-throw’), BTRO, KCDC and L Dubba E (when saying “Lee” is easier!), and lines like, “It’s not about color. Anyone can be a nigga, N-I-G-G-A, Never Ignorant Getting Goals Accomplished” or “I’m done with him, D-U-N” guarantees a good time to even the biggest skeptics. The whole movie even plays like Rocky, but with Dance Dance Revolution instead of boxing, which can only mean that it totally rocks! 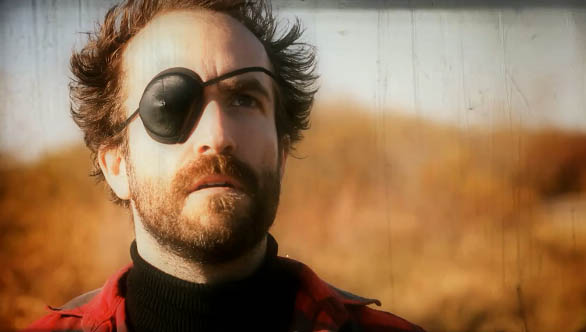 Any weird movie list is not complete without a Troma film. In fact, they live and breathe weird in their films, as hinted at even by their films’ titles like Class Of Nuke ‘Em High, Surf Nazis Must Die and Killer Condom. So it’s fitting that the Number 1 film on this list is a Troma release, made by a collective of Canadian nutjobs calling themselves Astron-6.

Possessing filmmaking skills and production values that are heads and shoulders above the usual intentionally (or unintentionally) amateurish levels of a Troma film, Father’s Day embodies everything that makes weird and nutty movies such a joy to watch. Even its main hook, which is that a psychotic killer, whose specialty is killing fathers after violating them in the behind, is not something that a mainstream film would even dare to tackle, let alone show.

But it’s the little things that make the film even more special, like a hilariously out of the blue incestuous love affair and an equally inappropriate sexual tension between a gay teen hustler and a young priest. The comical affront to normalcy doesn’t stop there too, as a third act involving a detour into Heaven and Hell (with Troma president Lloyd Kaufman as God and a stop-motion demon) must be seen to be believed!

Author Bio: Aidil Rusli is a film geek who’s also the singer-songwriter of Malaysian power pop band Couple (www.facebook.com/wearecouple), and whose geekiness compels him to endlessly write about films in as many avenues and publications as he possibly can.