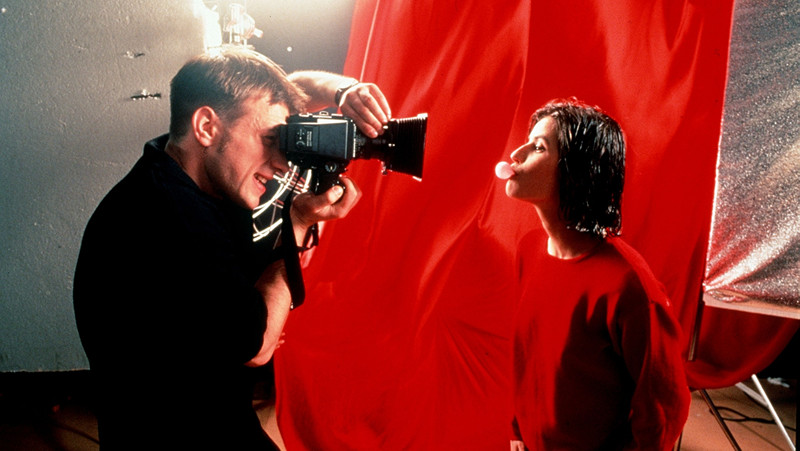 Kieslowski was born in Poland, raised a Roman Catholic, and had no real direction in life. He fell into film by chance, as he entered the College for Theater Technicians because it was run by a relative. Eventually he was able to attend Lodz, Poland’s famous film school, and eventually began making documentaries. Most well-known for his Three Colors series, his later films were all foreign works in France exploring the tell-tale French Virtues and the philosophy behind them.

His earlier films are less ambitious, but equally deep, including his Decalogue, which is a series of ten short films based on the Ten Commandments. Perhaps his deepest and most ambitious work, Heaven, Hell, and Purgatory, based on Dante’s Divine Comedy, was still in composition when he died in 1996.

Never afraid to question or examine an issue or idea, his legacy lives on, influencing filmmakers from Quentin Tarantino to Cyrus Frisch. It’s hard to pick any one film to recommend here, so I pick the trilogy: Three Colors.

Born in Montana, Lynch lived an almost nomadic lifestyle, moving frequently with his parents. He wanted to be a painter but was met with little success in Boston, and so he traveled in search of help until enrolling at the Pennsylvania Academy of Fine Arts. While there, he made his first film and, after some time, was met with great success with his later work Eraserhead. It quickly became a cult hit, allowing him to go on to make the films we know best: Elephant Man, Mulholland Drive, Blue Velvet, and others.

In these, Lynch uses irony and visual shock-and-awe to critique the archetypal hero, character, and plot. His philosophizing is not done through dialog or voiceover, but rather through surreal image and sound. Lynch appeals to our senses, in a manner sometimes too grotesque for his viewers, and he shocks us into questioning our views of society, reality, and human nature. I’m not a huge Lynch fan, but I think Mulholland Drive gets his points across pretty well.

A well appreciated genius, Scorsese is a deep thinker whose films prompt us to reexamine our daily lives. Be it the twists of Shutter Island, the ending of Taxi Driver, or the penitential and sacrificial nature of Raging Bull, Scorsese always has something philosophical to offer. He pushes the limits in each film, always getting a superb performance from his actors, and often providing captivating and beautiful footage of that performance.

His philosophy is a much more essential one, in which he continually examines and reexamines human nature and finds it wanting from a Catholic perspective. His latest film, The Wolf of Wall Street, was not merely a critique of capitalism, but was also a critique of man and his excesses.

Scorsese captures man’s depravity perhaps better than anyone else, and the ways in which he makes light of it and condemns human nature are unlike that of any other philosopher. Watch any Scorsese film and you’ll see what I mean. 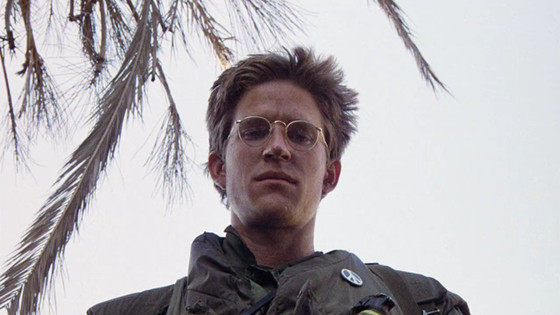 Known as the genius of film, Kubrick is also a deep thinker, filling his films full of subtle hidden messages and commenting on the world around him.

While I don’t appreciate his postmodernist approach to 2001: A Space Odyssey, it is undeniable that all of his have a depth that only becomes clear after multiple viewings. A Clockwork Orange offers commentary on free will, virtue, police states, and criminal reformation. Barry Lyndon critiques mankind in his greed, deceit, and folly. Dr. Strangelove or How I Learned to Stop Worrying and Love the Bomb critiques the role our nation plays in the world and how trustworthy man is as a steward of its environment. I could go on and on.

All of his critiques are subtle and explicit at the same time. One of the most poignant, Full Metal Jacket, critiques the Vietnam War and the stresses we place on our soldiers. Kubrick openly portrays war as brutal and garish, yet his message isn’t quite so simple. At its heart, I think the film shows the limits of mankind and asks the bigger question: do the ends justify the means? I recommend starting with this film and branching out, but I’m also just a fan of war films.

Joel and Ethan Coen are consistently thoughtful, provocative, and amusing. Even No Country for Old Men is a funny film, interspersing comedy with darkness and brooding despair. The brothers grew up in a middle-class Minnesotan Jewish family and made films at a young age. Joel studied film at NYU, and Ethan studied philosophy (Wittgenstein in particular) at Princeton. They switch up roles when making films, such that each film has both brothers’ influence.

Their latest, Inside Llewyn Davis, deals with responsibility, human nature, existence, and folk music, whereas their best known, O Brother where art Thou?, is a 20th century adaptation of Homer. The topics span from the philosophical problem of evil to relativism and moral decadence in the 20th century, and their critiques are always humorous and accurate.

While there are occasionally virtuous characters in a Coen Brothers film, all characters feature major flaws (sometimes fatal) that reflect just how damned the Coen Brothers think we all are. Maybe they’re right. It’s hard to pick just one film to recommend, so I pick two (one for each brother: No Country for Old Men and A Serious Man.

Also born into a Jewish family, Aronofsky grew up in Brooklyn and attended Harvard where he studied film and social anthropology. It was there that he met many of his future actors and coworkers, including the main actor, Sean Gullette, in Pi.

His films tend to chronicle one or two professions in particular, and deal with the obsession and losing one’s self to an occupation or dream. The Wrestler and Black Swan do this in a remarkable fashion, and show how this obsession can affect one’s family, character, and even self-worth.

The Fountain deals with existence and death as an act of renewal, whereas Noah focuses on God’s silence (Pi also does this in some form) and the problem of evil. In both films, God does not interfere, and Aronofsky calls into question the very nature of faith and the philosophy of religion. His critics say that he is the most talented director to never make a “great” film, but I think all of his films are great. Incredibly underappreciated, The Fountain is his best film.

Born into an atheist family north of Copenhagen, von Trier had an interesting home life, often vacationing at nudist camps and other bizarre places. He graduated from the National Film School of Denmark and went on to quick success thanks to his graphic and explicit imagery and themes. Von Trier shocks his viewers, making them then question the reality they know and the reasons for any censorship or decency.

That being said, his films are philosophically provocative too. Melancholia centers on the philosophy of Heidegger, Schopenhaur, and Nietzsche. The Nymphomaniac repurposes Isaac Walton’s The Compleat Angler to chronicle obsession, addiction, despair, and depression. All of his films focus on the void and nihilism, though some do more than others. While I hate musicals, I have to recommend Dancer in the Dark as the gateway von Trier film.