From the opening credits perfectly suited use of Steely Dan’s Dirty Work to Duke Ellington’s Jeeps Blues bringing Irving and Sydney together, to Rosalyn dancing through the house screaming McCartney’s Live and Let Die, this is a special soundtrack.

A great movie uses the music to set the tone, and pacing and Russell uses his soundtrack perfectly here. The mix and 70s classics, disco and jazz all fit to the characters, and story. Nothing seems like a forced choice. If you listened to the soundtrack with the movie on mute, you’d enjoy it just as much. 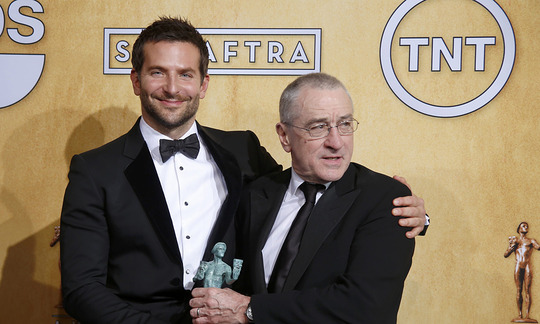 Maybe the most critically acclaimed actor of the past 40 years is Robert De Niro. He has earned 2 Oscars and been nominated 7 times, including last year for David O. Russell’s Silver Linings Playbook. When he does a movie, it’s a big deal. So you know he must really give his recommendation to the director, cast, and film when he leaves his name off the credits completely.

Here De Niro shows up as Victor Tellegio, a serious mafia guy with Casino connections needed to get Atlantic City back up and running. He steals the one scene he’s in especially when he starts speaking ARABIC to the Sheik, who unbeknownst to him is portrayed by a Mexican FBI agent. He totally owns his one scene and brings the intensity of classic “Jake La Motta” De Niro, inspiring fear and angst in the characters around him. 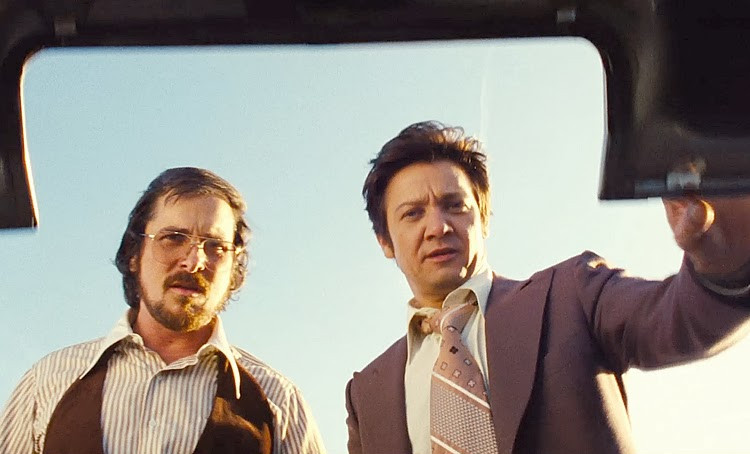 In Jaws back in 1975, Roy Schieder’s Chief Brody tells Quint, “You’re gonna need a bigger boat.” In the near 40 years since, that line has been used by everyone as a way to tell someone they’re in over their head. Some movies have great scripts but great acting turns the written words into quotable lines for generations.

After the budding bro-mance between Mayor Pilito (a great Jeremy Renner) and Irving (Bale) blooms, the mayor shows his affection for his new friend by buying him present; a microwave, “cooks the food with science.” He warns Irving not to put metal in it. Of course Rosalyn hears what she wants to and her ignorance towards Irving leads her to casually toss an aluminum tin in there and… well you can guess what happens.

The line by Bale is so perfect. His son was in the house. His wife is testing every last nerve and she’s dangerous. This is the perfect line for this movie as you can make the connection that the movie’s foil Richie DiMaso (Cooper) is the metal who continually gets too close to the “science oven” that is the con artists.

This hit home for me as my best friend Josh; who never owned a “science oven”, put chocolate chip cookies on aluminum foil and put them in the microwave in college nearly burning our dorm room down. 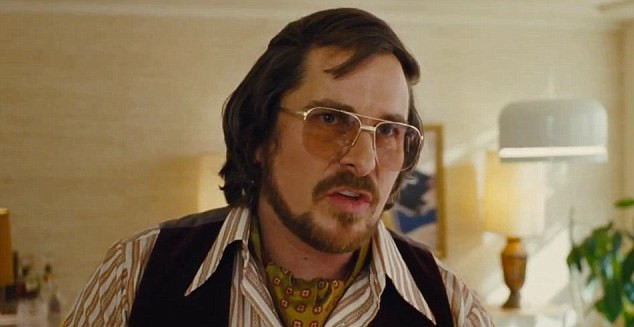 In the field of modern acting there are movie stars and real actors. Christian Bale lives in both worlds like no one else can. The man exits the Christopher Nolan Batman series to portray Irving Rosenfeld, a NY con man that let himself go physically but makes up for it in confidence.

Bale is the master of disguise especially when it comes to body transformations. He lost a record 60+ pounds to play an insomniac in 2004’s The Machinist and then immediately regained all the weight plus muscle to play Batman. He lost another 30 pounds for David O. Russell in his Oscar winning role in The Fighter. Here he puts on 40 pounds and dons the comb over to portray the suave con artist.

He OWNS this role and this movie. He is smart, suave, cunning, humorous, lovable, and detestable throughout and sometimes at the same time. He shows incredible restraint while going crazy. In many ways, Bale becomes the con artist he plays. He cons the viewers into feeling sympathy for Irving when he sends his “friend” Carmine to jail.

Bale’s performance is multi-layered perfection, the best since Daniel Day Lewis in There Will Be Blood. Its likely Bale will lose out to Matthew McConaughey (Dallas Buyers Club), but make no mistake; he IS the best actor walking the Earth right now and completely dominates the screen whenever he is on it.