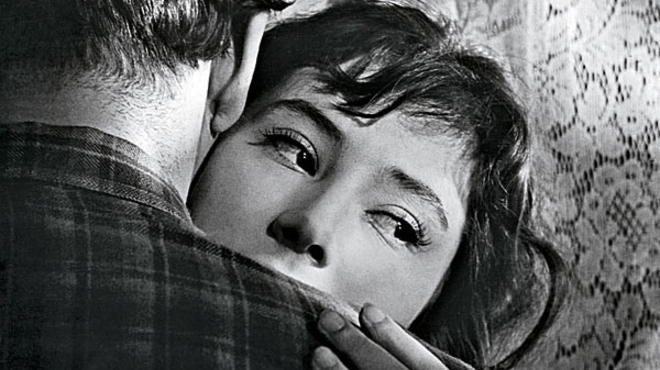 The Cranes Are Flying firmly re-established Soviet cinema in the West with its heartfelt depiction of the horrible effects of the Second World War on Russia and its citizens. The movie starred Tatiana Samoilova, who was propelled to stardom by the film and received various offers to continue her career in the West, but who never did so probably due to the political situation at the time.

The film revolves around Veronika, who is in love with Boris, at the onset of the war. As Russia enters the conflict, Boris enlists and leaves Veronika behind. He is killed whilst trying to save one of his fellow soldiers but is listed as “missing in action” and hence, his family and Veronika ponder his fate throughout the war. When Veronika’s parents are killed during a bombing, Boris’ father invites her to stay with his family, which consists of his wife, daughter and Boris’ cousin, Mark. Mark always had an eye on Veronika but she rejects him as she is waiting for Boris to return.

During another bombing however, Mark rapes her and she is shamed into marrying him even though the rest of the family disapproves of this. The family then needs to relocate further East and eventually learns that Boris has died in action. Ultimately Boris’ father discovers that Mark has lied about his reasons for not going to war and that he took advantage of Veronika, thereby shaming the whole family.

Stunningly shot in stark black and white and with signature virtuoso camerawork from director Mikhail Kalatozov and his regular cinematographer Sergey Urusevsky, The Cranes Are Flying was met with much critical acclaim in the West and won the 1958 Palme D’Or at Cannes (the only Russian film to do so). Tatiana Samoilova, whose startling beauty and formidable performance made her a crowd favourite and instant critical darling, also won an honorary prize at the festival. A dark drama about love, betrayal, war and its far-reaching effects, The Cranes Are Flying is an absolute highlight of post-World War II Russian cinema. 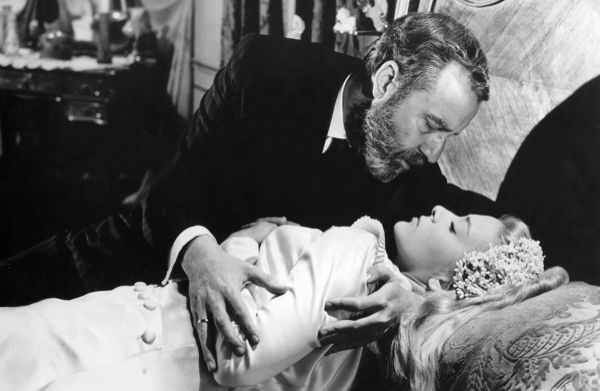 Luis Buñuel started his career with two surrealist masterpieces in the early thirties in France and challenged bourgeois morals and religion from the very start. After a brief period of filmmaking in his native Spain, he had to leave after Franco came into power and spent a few years in the United States before moving on to Mexico, where he continued making films again from 1947 onward. In 1961 he was invited back to Spain to direct his first feature in almost 25 years, which was to become Viridiana.

The film tells the story of a young novice, Viridiana (Sylvia Pinal), who, just before taking her vows to become a nun, is pressured by her Mother Superior into visiting her uncle Don Jaime (Fernando Rey), who has always provided for her. Upon arriving at his house, Don Jaime is struck by Viridiana’s resemblance to his deceased wife. The night before she is about to leave, Don Jaime asks her to wear his wife’s wedding dress and proceeds to drug her with the intention of raping her, although he doesn’t follow through on his plans. Nevertheless, he tells her the next morning that he took her virginity so that she cannot possibly go back to the convent.

When Viridiana is still intent on departing he admits he lied to her, leaving her unsure as to what actually happened the previous night. But when she is at the bus stop on her way back to the convent, police stop her and inform her that Don Jaime has hung himself. She then decides to go back to the house and invites a bunch of homeless beggars to come live there in order to do some good. When she leaves the house however, the beggars turn the place upside down and when she returns, some of them try to rape her. Although they don’t succeed, all these horrible experiences change Viridiana in fundamental ways and the movie ends with the suggestion that she might have lost her faith and beliefs.

After the film had already been sent to the Cannes film festival, Franco was unsuccessful in his attempts to withdraw the film. However, he did ban it in Spain where it wouldn’t be shown until 1977 because of its blatant attack on the Catholic Church and bourgeois values. The film even caught the attention of the Vatican and was deemed “blasphemous”. Despite all this, the film won the Palme D’Or at Cannes that year and is seen by many as Buñuel’s finest achievement. A wonderful sardonic attack on all that the Franco regime stood for, Viridiana still stands tall as one of Spain’s greatest cinematic achievements.

The fact that most people, even those who have never seen this film, will be familiar with its imagery through the countless references and parodies by other directors, is testament to the huge influence this Swedish masterpiece has had on the world of film. It is not often that such a highbrow work with existential themes so firmly entrenches itself into popular culture.

The film tells the story of Antonius Block, a 14th century knight played by Bergman regular Max von Sydow, who is returning home to Sweden with his nihilistic squire Jöns after having spent ten years fighting in the Crusades. Disillusioned by the lengthy war he fought and the plague which is ravaging his homeland, Block has started to have serious doubts about the existence of God.

But when he is visited by Death, who has come to claim him, Block is not yet prepared to leave this life and proposes to play a game of chess with Death for his soul; a game which lasts the remainder the film. As the knight and squire continue their journey to the knight’s castle they meet some actors, led by Jof, who holds simple beliefs in God. They all continue travelling together, encountering various folk who highlight the many shortcomings of religion.

Probably the hardest entry on this list, The Seventh Seal is in no way an easy film to watch. Both its direct approach of the subject matter as well as its inherent complexity, make The Seventh Seal a challenging viewing experience. Though the film’s themes of the existence of the God and the meaninglessness of life without God are religious ones, the film never really deals with God or religion directly but more with their place within the human experience.

The Seventh Seal won the Special Jury Prize at the Cannes Film Festival and helped establish Bergman as a director of importance, especially in Europe, where the movie went on to win various awards. Over the next five years, in which he also released Wild Strawberries and The Virgin Spring, he would become the world’s best known Swedish director and auteur, which he remains until this day. 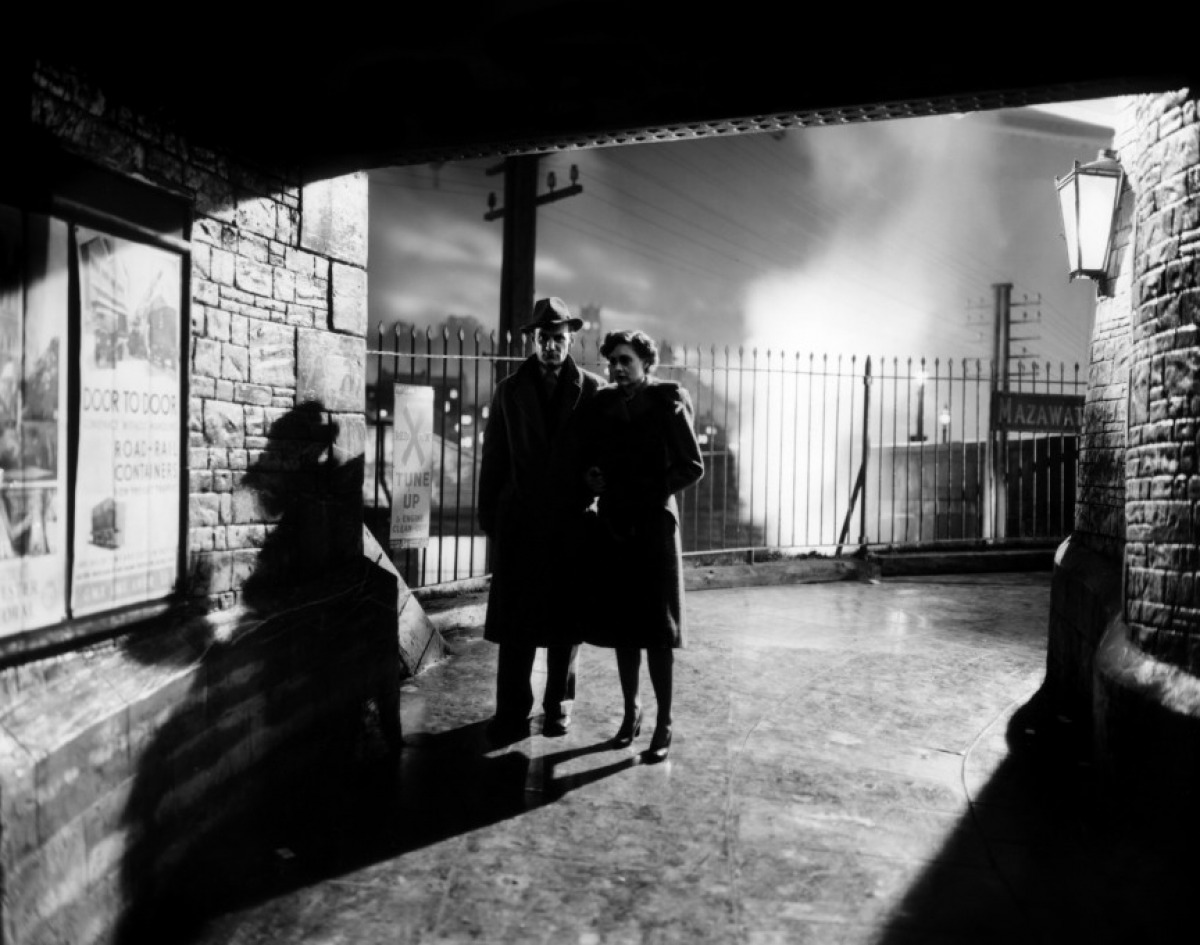 A stunning romantic drama by David Lean, who is best known for his later epics like Lawrence of Arabia and Bridge on the River Kwai, and based on the play “Still Life” by his frequent collaborator at the time, Noël Coward.

The film seems way ahead of its time in its honest depiction of two married people who meet by chance at a train station and start an affair but still deeply care about their significant others and families. After Laura Jesson (Celia Johnson) catches a cinder in her eye on a railway platform, she meets Dr Alec Harvey (Trevor Howard), who removes it for her. The two are immediately attracted to each other and start meeting up at the railway station’s cafeteria every week and fall in love, only to realise that they are both bound to their family lives and that their love can never really go anywhere. A small and restrained film in comparison to Lean’s later spectacles but not any less impactful, and his first truly great film.

Brief Encounter was nominated for three Academy Awards (Best Actress, Best Director and Best Screenplay) and shared the Grand Prize at Cannes in 1946. The film often appears on critics’ lists as the best British film ever made and that might just be right. Beautiful, realistic, romantic yet truthful and heart wrenching, Brief Encounter is an absolute masterpiece. 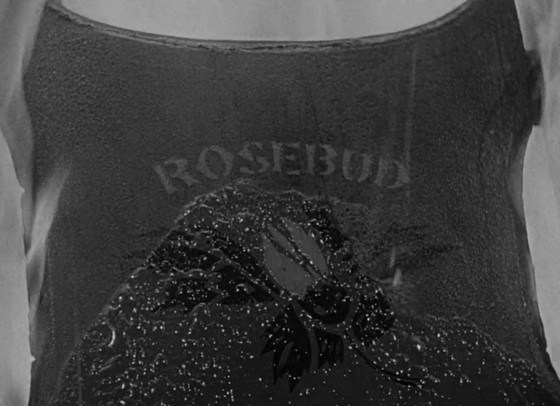 Often cited as the greatest American film ever made, Citizen Kane was the directorial debut of Orson Welles, who also produced, co-wrote and starred in the movie in his first major role.

Whilst he had already starred in a few shorts and was famous for his work in radio and theatre, Wells was given full creative freedom when he was signed to RKO Pictures in 1939. Given the opportunity, he completely turned filmmaking conventions on their head by telling a story in a non-chronological order by way of flashbacks and by starting the movie with the death of the main protagonist.

The film famously starts with Kane on his deathbed uttering the word “Rosebud”, which sets in motion the story of newsreel reporter Jerry Thompson (William Alland) seeking to solve the mystery behind that last word.

From here on in the film tells the life story of Charles Foster Kane (Orson Welles) through a series of interviews with friends, colleagues (most notably Joseph Cotten) and family, from his days as an abandoned child to his rise to power as a newspaperman and his ultimate fall from grace. But none of the people Thompson speaks to seem to know what Kane was referring to on his deathbed and it’s only in the last frames of the film that we as the audience are able to figure it out as Kane’s belongings are removed from his mansion or burned.

The film was loosely based on the life of newspaper tycoon William Randolph Hearst, who disliked the movie and prohibited mention of it in any of his newspapers and even offered to reimburse RKO their production costs in exchange for burning all the negatives, which the studio thankfully refused. Non-Hearst newspapers, however, recognised the value of the film and lauded it for its cutting edge qualities but the damage was done and it was a commercial failure at the time.

The film was nominated for nine Academy Awards but ended up winning only one of them for Best Original Screenplay. It wasn’t until after the war that the film was “rediscovered” by primarily French critics, which started its rise in critical stature to the masterpiece it is considered today. A truly ground-breaking work of cinema, which in a way has influenced all Western films that came after it, Citizen Kane is the most important American film ever made.

Author Bio: Emilio has been a movie buff for as long as he can remember and holds a Masters Degree in Cinema Studies from the University of Amsterdam. Critical and eclectic in taste, he has been described to “love film but hate all movies”. For daily suggestions on what to watch, check out his Just Good Movies Facebook page: https://www.facebook.com/goodmoviesuggestions