4) 1995 – Forrest Gump over The Shawshank Redemption and Pulp Fiction 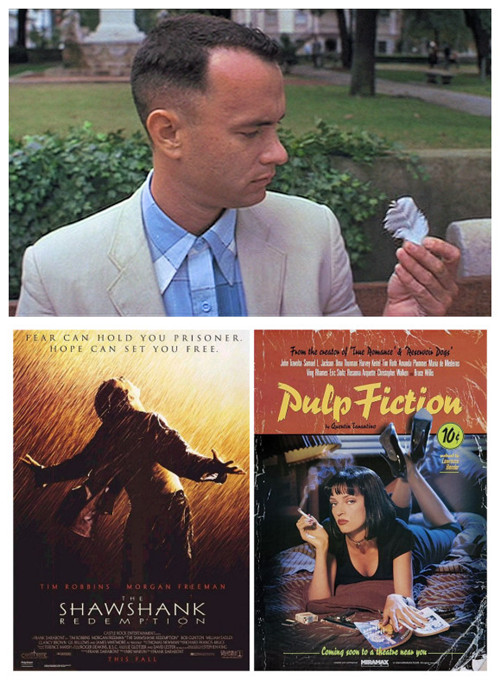 When the Shawshank Redemption came out it was pretty much overlooked by everyone including audiences. It is only time that it has come to be appreciated as the classic piece of cinema that it is. So it’s not surprising that the Academy snubbed it and they weren’t going to give Pulp Fiction the big award as it affronted too many of their sensibilities – hence the award went to Forrest Gump. Not that Forrest Gump isn’t a good movie, but those two have surpassed it in evaluations in the time since. 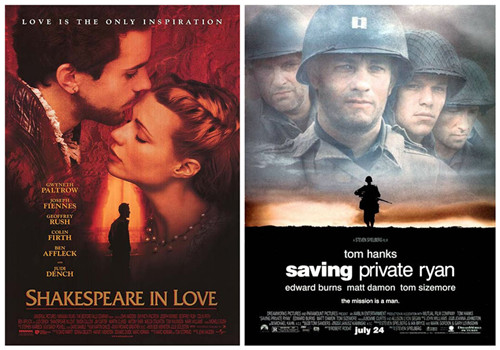 One of the main criticisms against the Academy Awards in modern times is that they have become nothing more than a popularity contest and that the voters are easily swayed. A savvy and aggressive marketing campaign was waged on behalf of Shakespeare in Love and it worked. It cleaned up at the Oscars winning six including best Actress, best Supporting Actress and best Art Direction. It was felt that Cate Blanchett was far more deserving than Gwyneth Paltrow and that Saving Private Ryan was far more of a worthy winner for Best Picture. Paltrow’s English accent was appalling – unfortunately for her Anthony Meindl’s London acting classes weren’t around then.