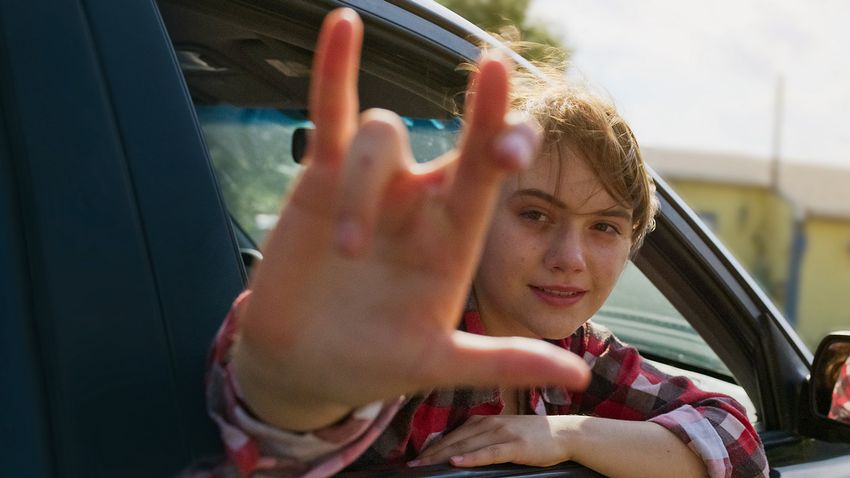 CODA (short for Child of Deaf Adults) puts us in the shoes of Ruby, a seventeen-year-old who struggles to find a balance between her duties as her family’s de facto interpreter and pursuing her own aspirations to become a singer. By virtue of its central topic, the film will inevitably trigger some comparisons with a contender cut from the same cloth as last year’s Sound of Metal. Though where the former portrayed deafness mainly through the overwhelming isolation exuding from its first-person perspective, this film studies it through the lens of an outsider and within the context of a shared experience and tight-knit community.

Staying committed to its rather low stakes plays to the film’s advantage, providing extra room to flesh out every member in Ruby’s household and explore the delicate dynamics between them. In a list loaded with emotionally barren affairs, this nominee is primed to emerge as the consensus pick for crowd-pleaser of the year—though some viewers might find it too saccharine even by the Academy’s usual standards. At its best, there’s a refreshing novelty to the way the film approaches its themes while circumventing most of the usual tropes one would expect. At its worst, it treads familiar territory and story beats that occasionally come off as contrived and hardly groundbreaking. Yet for all its shortcomings, CODA’s sheer warmth and poignant message makes it easy to brush off any gripes it may leave you with. 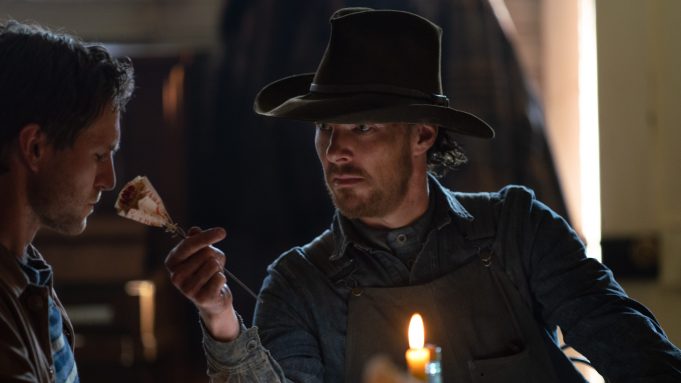 From time immemorial, Westerns have served as an escapist refuge to an era where lives had price tags and where one’s individual worth was determined by cunning and drawing speed. The genre has gifted us with some of the most iconic macho men ever captured on celluloid, brow-furring gunslingers to stoic antiheroes alike. This self-assertive bravado and hyper-masculinity are certainly present in Jane Campion’s latest rodeo in the director’s chair. But like any other worthy revisionist western, The Power of Dog presents these trappings only to viciously deconstruct them, including the genre’s glorified—if awfully outdated—concept of virility.

The film takes after contemplative staples like Days of Heaven or Beau Travail by fully lending itself to introspection rather than surrendering to any kind of strait-laced narrative. Its glacial pace—which admittedly proves lethargic at times—is guaranteed to alienate those expecting trigger-friendly cowboys and nail-biting shoot-outs, but that’s not to say the film doesn’t pack a punch. The crux of the narrative lies in the thorny game of façades and bluffs between characters, one that hints at unresolved grudges, hidden agendas and lingering trauma. Revenge is better served cold, and The Power of the Dog plays its cards close to the chest, luring the audience into a false sense of security before hitting us with a masterful final blow. 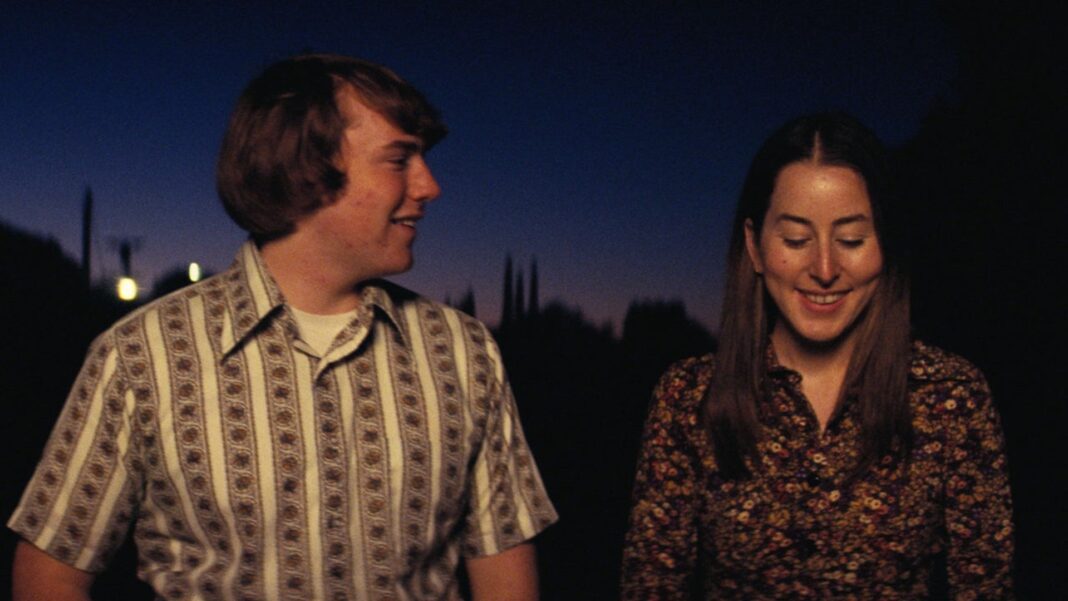 If there’s something Hollywood adores even more than ‘70s period pieces are those set in the Mecca of entertainment. Paul Thomas Anderson’s much-anticipated hangout movie fits the description on both accounts. The director’s ninth feature follows the exploits of Gary, an audacious high-school overachiever and natural hustler, and Alana, a woman ten years her senior who overcompensates for her jaded disillusionment towards adulthood by playing sidekick to his breezy adventures.

The age gap concerning the film’s central romance has been subject to heated debate both online and within critic circles. It must be said that PTA treats their free-flowing relationship, from chaperone duties to business partnerships, as a bond born not out of carnal desire—not reciprocal anyways—but emotional codependency. Both characters nicely fall in line with the director’s lengthy canon of young drifters struggling to find their bearings who ultimately find comfort in unlikely human connections. Within that framework, Licorice Pizza probes into similar themes as Boogie Nights, Magnolia and Punch-Drunk Love, but does so without the gravitas and sense of urgency that informed his early output. If anything, PTA’s latest film seems perfectly content to go with the flow and characters and recreating its unique place and time.

It’s easy to dismiss Licorice Pizza as a minor effort when pitched against any of the benchmark masterpieces bearing Anderson’s name. It certainly doesn’t reach the same heights—though to be fair none of the nominees do—but even so, the film is a welcomed detour in his career and the last of the dying breed of mid-budget adult comedies. 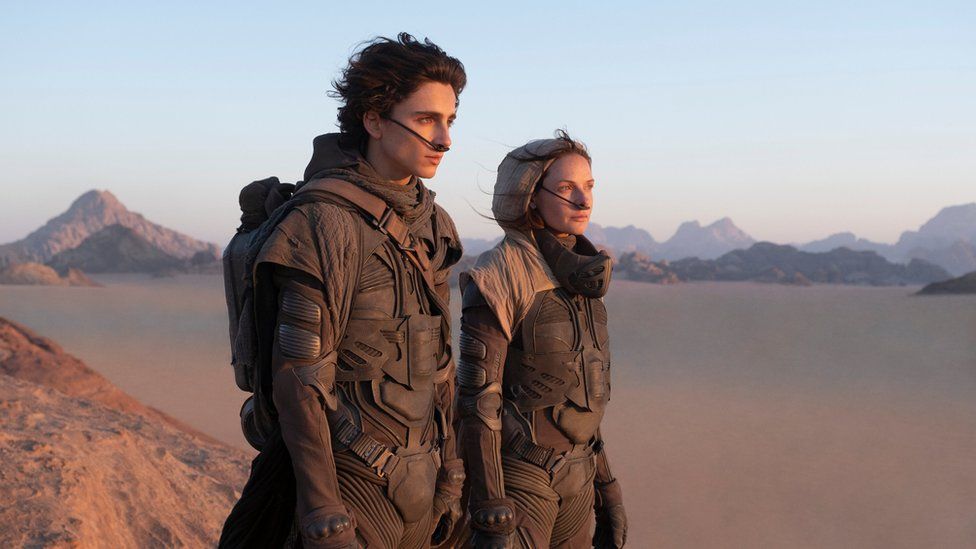 None of this year’s commercial releases have had to shoulder heftier expectations than Denis Villeneuve’s space opera. Equal parts a riveting political strife and a scathing indictment on the dangers of colonialism and religious fanaticism, the film follows Paul Atreides, a young prince gifted with prescient powers, upon his arrival at the barren planet of Arrakis.

Faced with the daunting challenge of living up to one of the seminal science fiction novels of all time, a lot was riding on this project to deliver not only a satisfying rendition of its source material but perhaps a potential new tentpole franchise. A lesser filmmaker would have easily crumbled at the prospect of cramming Dune’s bewildering array of characters and lore into one film without sacrificing the scope and mysticism that defined the novel. After all, Frank Herbert’s deliberately anticlimactic, meditative bestseller hardly abides by the standard action-heavy escapism that modern audiences have grown so accustomed to.

But against all odds, Villeneuve and his team accomplished the unlikely feat of devising a visual spectacle accessible enough to lure hordes of new fans but sufficiently faithful as to not alienate long-time readers. Though paradoxically, the timely decision to split the story in half—which by all means proved to be the right one—makes it tough to fairly assess the film’s merits without seeing its upcoming follow-up first. 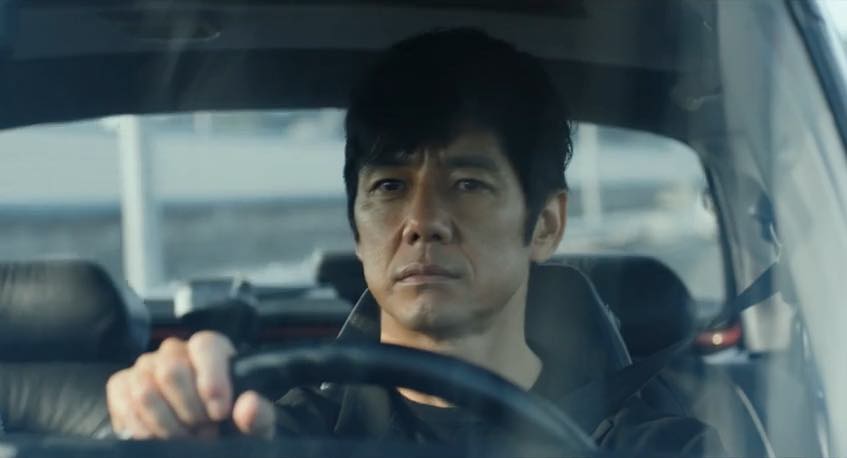 For every Parasite that is rightfully championed by the Academy, there are countless of equally exceptional international films that go tragically unnoticed. But even a broken clock is right twice a day, and Ryusuke Hamaguchi’s tour de force recently became the first Japanese production to snatch a Best Picture nomination. Drive My Car may not be the best film we’ve gotten from the East-Asian country lately (that honor goes to Hirokazu Koreeda’s Shoplifters), or the best Haruki Murakami on-screen adaptation for that matter (see Lee Chang-dong’s Burning), but its universal acclaim is more than well-earned.

Hamaguchi’s film is a soothing rumination on loss, grief and the many mechanisms we resort to as emotional buffers in order to cope with them. Death casts a long shadow all over the narrative, but the film suggests that hanging onto matters of the past is ill-advised and invites us to own up to our own mistakes and come to terms with our flaws once and for all. Healing through art—more accurately a stage adaptation of Chekhov’s Uncle Vanya—proves to be as therapeutic for the main character as the friendship that blooms between him and his designated car driver.

Hamaguchi’s film is packed with snippets of stone-cold truth, and seamlessly weaves through these big-picture observations without ever feeling heavy-handed. It’s not often we get to see a film as layered and self-reflective be recognized at this stage. But the fact that we treat Drive My Car as a historical outlier unlikely to win the biggest prize tells us more about the Academy’s shallow judgment than any of its shortcomings.