For his ninth film, Quentin Tarantino casts two aging actors to play aging actors with existential issues in Once Upon a Time… in Hollywood. Set in 1969, Rick Dalton (Leonardo DiCaprio), an actor famous for his role in the Western TV series Bounty Law, fears he is fading out of the limelight. Confiding in his long-time stunt double Cliff Booth (Brad Pitt), the two refuse to let the Golden Age of acting pass them by.

Reprising the names from some of cinema’s most influential celebrities including Steve McQueen, Bruce Lee and Sharon Tate (Margot Robbie), Tarantino throws a fictitious twist on a tragic chapter in Hollywood’s history. Leaning away from his nonlinear approach to storytelling, Once Upon a Time… in Hollywood is still a fantastic piece of filmmaking from one of history’s best directors.

Leonardo DiCaprio takes home his long-awaited Oscar for Best Actor in a Leading Role after eating raw bison liver in Alejandro G. Iñárritu’s The Revenant. Upon surviving a Grizzly Bear attack, Hugh Glass (DiCaprio) seeks revenge on John Fitzgerald (Tom Hardy), the fur-trapper who left him for dead and murdered his son.

Using nothing but natural light to illuminate the various locations across the U.S., Canada and Argentina where The Revenant was shot, Iñárritu and director of photography Roger Deakins (well known for his work on such Coen brother films as No Country for Old Men and O Brother, Where Art Thou?) track Glass across frost-bitten conditions, inhospitable terrain and hostile territory. Based on the book of the same name by Michael Punke, The Revenant showcases how one man’s love for his son can help him overcome life after death. 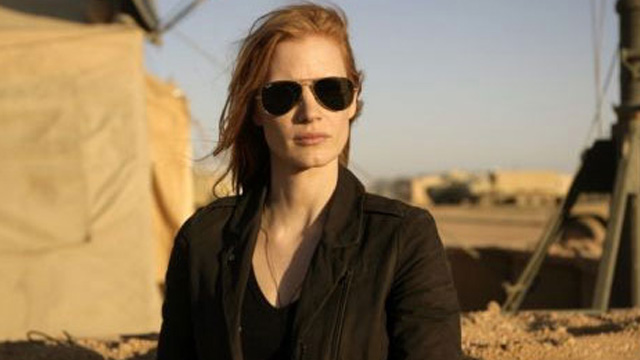 Katheryn Bigelow depicts the decade-long manhunt in Zero Dark Thirty. Following the 2001 attacks, Maya (Jessica Chastain) undergoes years of trials and tribulations in attempts to identify the location of the leader who is in hiding. But when his personal courier attracts Maya’s attention, she pinpoints a compound as his safe house. Finally in 2011 the traget is pronounced dead and Maya is relieved from duty. Bigelow sheds some disquieting light on a trying time in the national security.

A lonely copywriter falls for his erotically-charged A.I. in Spike Jonze’s near-future film Her. When Theodore Twombly (Joaquin Phoenix) invests in an interactive operating system he begins to develop a romantic relationship with the inanimate object. Reciprocating his affection, Samantha (Scarlett Johansson), the voice-activated O.S., helps Theodore navigate some of his unresolved emotions while his divorce is finalized. As the two dive deep into each other’s psyche, an emotional roller coaster ensues. Ultimately Samantha must decide whether or not her feelings for Theodore are sustainable or if their inherent differences make codependence impossible.

With voice-assisted devices and applications such as Siri and Alexa changing the way we interact with our surroundings, Her examines not only our relationship with technology but with each other. 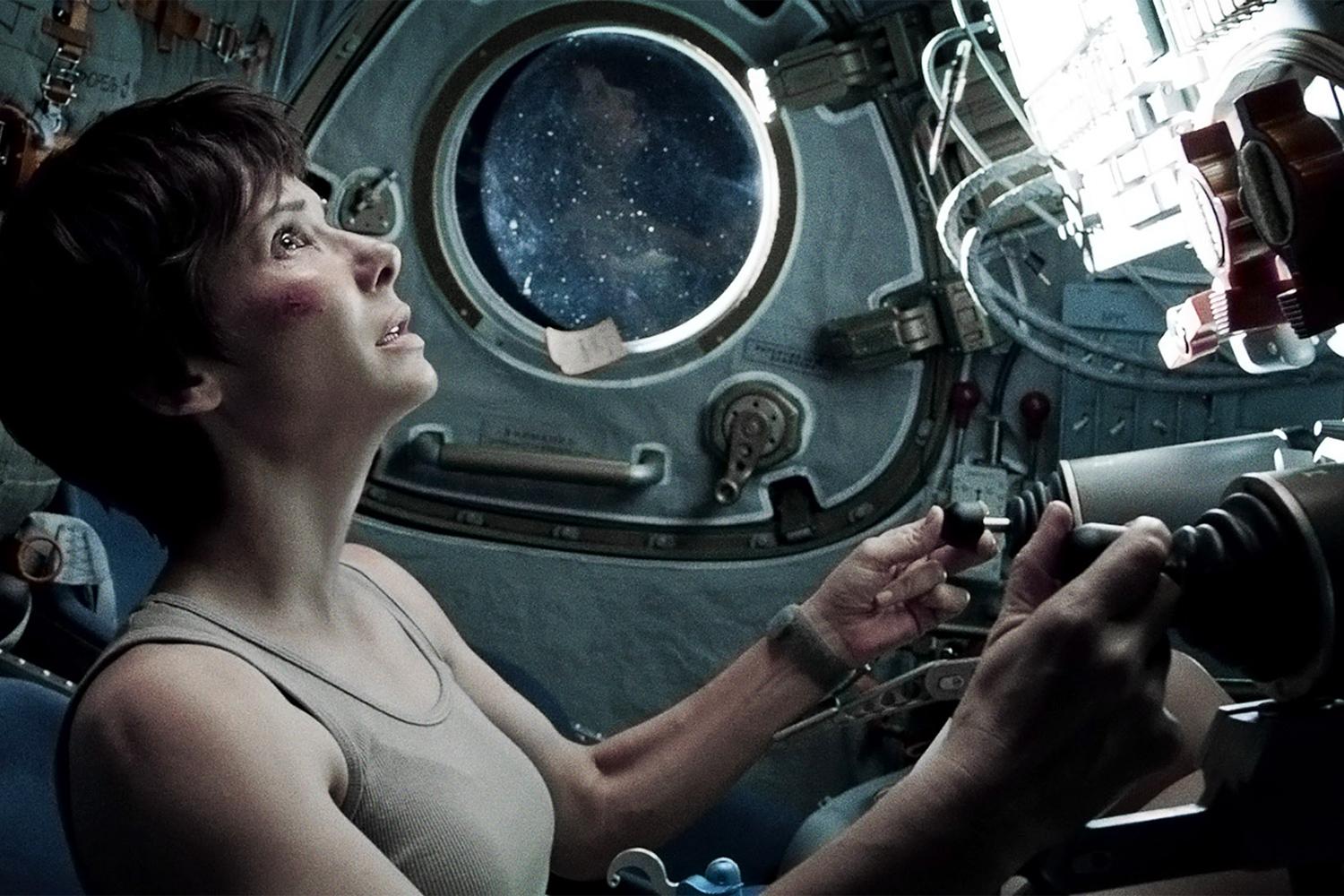 Alfonso Cuarón sends Sandra Bullock to the stratosphere⁠—along with a Russian satellite’s debris travelling at deadly speeds⁠—in Gravity. Dr. Ryan Stone (Bullock), an engineer turned astronaut, is literally detached from her mission while assisting on a simple spacewalk. With communications blacked out and her oxygen depleting, Stone, along with help from her mission commander Matt Kowalski (George Clooney), must travel across time and space to re-enter the Earth’s atmosphere.

Cuarón first warmed Hollywood’s heart back in 2001 with Y Tu Mamá También. Since then he has directed the dystopian Children of Men (2006) based on the book by P.D. James and, more recently, Roma (2018) inspired by his childhood. Featuring a seventeen-minute long take, an excellent score by Steven Price and ever-authentic acting by Bullock, Cuarón beautifully navigates his previously-uncharted territory of outer space and science fiction.

The 2010’s brought with it a number of phenomenal long takes, several of which are featured in this list. Perhaps the most impressive example of this technically challenging feat is in Sam Mendes’ 1917.

To capture the tension of WWI trenches and battlegrounds, Mendes chose to film his race-against-the-clock two-man mission via one continuous take, meaning the camera never cuts. To do so he enlisted Roger Deakins (see 16) who recently won an Oscar for his work on Denis Villeneuve’s Blade Runner 2049 in 2017. With far-and-few opportunities to rely on post-production editing to cover up the segmentation of scenes, Mendes and Deakins began choreography four months prior to filming in order to achieve the seemingly seamless effect that would make it to the big screen. They also relied heavily on natural lighting and lightweight cameras to pull it all off.

Starring Dean-Charles Chapman and George Mackay, relatively unknown actors, as Lance Corporal’s Blake and Schofield, 1917 follows the two soldiers as they make their way across nine miles of enemy territory to stop an ambush attack. Through barbed-wire, beyond burning buildings, the camera captures the back-alley stratagem of war like never before. 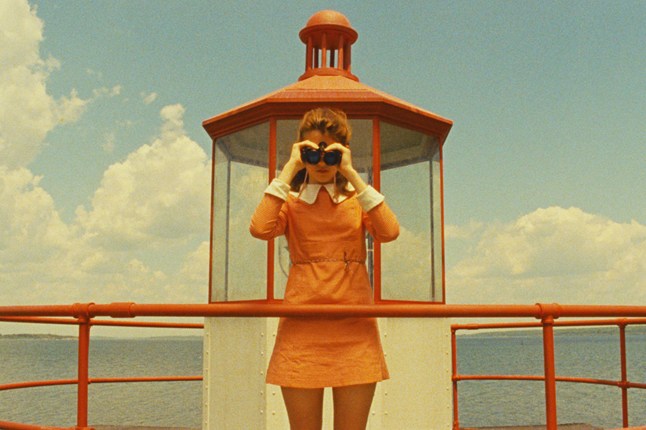 An orphaned khaki scout and two attorneys’ disgruntled daughter fall head over heels—or Sunday school shoes—in Wes Anderson’s Moonrise Kingdom. With a foreshadowed storm looming in the distance, the outcast adolescents run away together on a small island where the only cop (Bruce Willis) is incompetant and the Scout Master (Edward Norton) is clueless. Things go from bad to worse when social services (Tilda Swinton) gets word of the missing children and steps in.

With nothing but love guiding the misguided preteens, Sam (Jared Gilman) and Suzy (Kara Hayward) must outsmart her parents (Bill Murrway, Frances McDormand) and his khaki-clad pursuers lest they be separated forever. Brought to life by a pastel color palette and Anderson’s signature cinematography (everything centered!) Moonrise Kingdom proves a child’s wild imagination can, very rarely, extend into adulthood.

A grieving father kidnaps a suspected kidnapper in Denis Villeneuve’s film Prisoners. When Keller Dover’s (Hugh Jackman) daughter disappears he takes matters into his own hands. Keller a suspect himself, Detective Loki (Jake Gyllenhaal) must uncover the whereabouts of Dover’s daughter with finite resources and a maze of evidence. Building to a climactic crescendo, Prisoners catches some of Jackman’s best acting alongside supporting actors Paul Dano, Terrance Howard and Viola Davis.

In the era of Law and Order: S.V.U. reruns and true-crime podcasts, Prisoners illustrates how various parents react when their children are kidnapped. Following box office success, Villeneuve and Gyllenhaal would go on to film the psychological thriller Enemy in Toronto later that same year.

Hark! Robert Eggers’ The Lighthouse is horror not as it is but as it should be. Following his directorial debut with The Witch (remember Black Phillip?) Eggers took to the coast in this cabin-fever film about sinister seagulls and alpha male machismo.

Backed by slaughterhouse performances from Willem Dafoe and Robert Pattinson, a thunderous foghorn and sets lit via a lone lantern, The Lighthouse’s oscillating insanity is sure to rob you of your breath before you can catch it. Colorful dialogue wrapped in black and white and outdated aspect ratios. Submerging and incoherent. In your face like passed gas. A siren song for cinema!