With an arthouse approach, Ingmar Bergman’s Hour of the Wolf uniquely explores the themes of paranoia and madness. The plot revolves around the disappearance of painter Johan Borg (Max Von Sydow), who lived on an island with his wife Alma (Liv Ullmann) and suffered from startling images and insomnia before his vanishing act.

After viewing the film, it is evident Hour of the Wolf is not a movie aimed to provide entertainment to a wide audience. The film feels too personal to achieve that goal. This film requires suspension of disbelief that may only resonate with a limited audience. Hour of the Wolf is more concerned with bringing abstract ideas to life. Aspects of surrealism, expressionism, and gothic style, come to visual fruition that that could very well be suppressed memories, a fever dream, or possibly, vampirical hallucinations of Johan’s mind. Whatever the reality may be, Bergman does not worry himself with a definite answer.

What makes Hour of the Wolf work so well is its ability to thrive on interpretation rather than structure.

As stated best by the tagline for Jacob’s Ladder, “The most frightening thing about Jacob Singer’s nightmare is that he isn’t dreaming”. After returning home from the Vietnam War, veteran Jacob Singer (Tim Robbins) struggles to maintain his sanity. While the synopsis provided may seem small and undescriptive, it is only because more detail would give too much away. This is a film that is a better watch with as little information as possible.

Right away, acknowledgement needs to be given to Tim Robbins performance as the lead. Along with notable performances from Elizabeth Pena and Danny Aiello, Tim Robbins spectacularly shows off his acting talents. Robbins portrayal of Jacob as an everyday man is something viewers can empathize with. Robbins makes Jacob so human and real that his anguish and uncertainty over the horrific things he is seeing becomes gut-wrenching for audiences.

In accompaniment with the Robbin’s performance, Adrian Lyne’s direction and Bruce Joel Rubin’s screenplay gives the viewer a disorienting foundation with a purpose. The paranoid imagery moves the story along and does not allow the movie to drag. The chaotic journey of Singer and the visuals do not feel out of place, and this is extremely important particularly for this film. Jacob’s ladder is admittedly hard to watch. It revels in feelings of sadness, pain, and despair with only a few glimmers of hope that fade quickly. However, the painful and depressing experience that is on display does not come from a mean-spirited perceptive. There is a victorious message that gives its viewers a light at the end of the tunnel.

Although a seemingly brutal experience at times, it is a depiction of a paranoid-schizophrenic state that has been very well acted, written, and directed.

Needing no introduction, Dr. Strangelove or: How I Learned to Stop Worrying and Love the Bomb is one of the most well-known satires on paranoia ever created. In the film, U.S. Air Force General Jack Ripper (Sterling Hayden) goes insane and decides to send his bomber wing to destroy the U.S.S.R. It is then up to the President of the United States (Peter Sellers), USAF Chief of Staff (George C. Scott), a Royal Air Force (RAF) exchange officer (Peter Sellers), and others to stop the crew ordered by the general from starting doomsday.

Unlike many of the films on this list that take a serious look at paranoia, Dr Strangelove provides a different take through comedy. The cast and crew with Kubrick at the helm effectively and humorously criticize the heightened emotions, the misplaced patriotism, and the perpetuation of irrational fear and mistrust that became associated with the Cold War. Who ever thought that theory of mutual assured destruction (MAD) could provide such hilarious dark humor? Well, luckily, for cinephiles, Stanley Kubrick, Terry Southern, and Peter George did.

It is hard to pick a favorite scene from an iconic film that understands the art of satirical humor so well. Whether it be Seller’s Dr. Strangelove, an ex-Nazi who cannot help but raise his hand and heil at the most inappropriate times or Slim Picken’s B-52 pilot Maj. “King” Kong, a cowboy-like Texan who ends up literally riding a bomb like a bull, Dr. Strangelove is a film that knows how to talk about paranoia with a smile on its face and a clever wink to the audience. 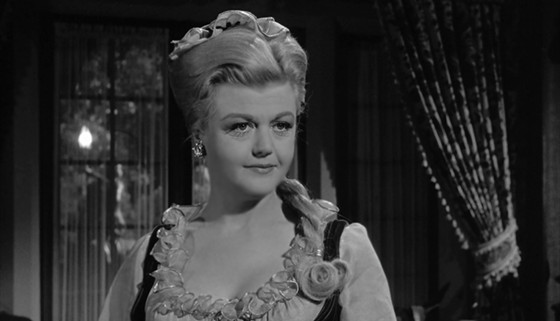 There may be no better film deemed to be one of the greatest political thrillers of all time than The Manchurian Candidate. The film is set near the end of the Korean War. A group of U.S. soldiers are captured by communists and brainwashed. Following the war, Sergeant Raymond Shaw (Laurence Harvey) is seen as a hero by the rest of his platoon. However, the commander, Captain Bennett Marco (Frank Sinatra), is haunted by strange nightmares and with fellow soldier Allen Melvin (James Edwards), comes to a horrifying discovery.

The genuineness of this movie is its layered functionality. It has the ability to act as a black comedy, a neo-noir thrill, a film-noir, a horror film, a melodrama, and so much more. It is not bound to one genre as it covers numerous themes and perspectives that remain pertinent to this day. The movie’s fearless display of the growing significance and the manipulation in broadcasting public affairs and thus, informing opinions is extremely insightful. The film truly examines the circus and the seediness that surrounds American politics.

The Manchurian Candidate is a bold movie that uses macabre, scornful, surrealistic, and ominous elements to provide nail-biting thrill ride one does not easily forget.

With obsession being a part of the construction of paranoia, it is no wonder why Pi deserves a place on this list. Pi depicts a recluse mathematician, Max, (Sean Gullette) who believes “everything can be understood in terms of numbers” and seeks a key number that will uncover the universal patterns found in nature.

Gullette gives a strong performance as a man restless, dangerously determined, and peaceless in his pursuit of knowledge. He embodies the idea that when a person is looking for something that may be real, it makes him or her crazier the closer he or she gets to it.

Pi is also extra impressive as it is Darren Aronofsky’s debut feature. Even on a minuscule budget, Aronofsky employs crafty tricks to stress the intense theme of mental obsession. There is a grainy quality to the footage and the choice to shoot in black-and-white amplifies the feeling of unease. A soundtrack of screeches and unpleasant auditory sounds enhance the sequences of delirium that while challenging to see are rewarding and enhance the mood Aronofsky aims to achieve.

Although a smaller film than some of Aronofsky’s later work, he obtains a solid performance out of his lead actor and paints a visual picture of crippling obsession that can fascinate audiences.