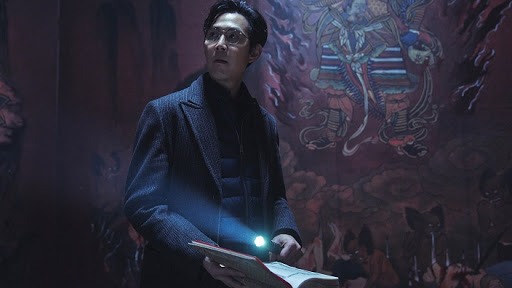 Part religious horror and part whodunit, Svaha the Sixth Finger keeps audiences engaged and guessing until the end of its run time. The film follows Pastor Park (Lee Jung-jae) as he works to expose corrupt religious groups. When Park is hired to look into the cult group Deer Mount, Police Captain Hwang (Jeong Jin-yeong) becomes involved and begins to investigate a murder case suspect who happens to be a prominent member of the Deer Mount cult.

With help from Jae-hyun Jang’s direction, Svaha the Sixth Finger’s major strength is its ability to proficiently navigate a variety of narratives and their twists. It is fair to say Park’s journey is the focus and does feel slightly more fleshed out than the other storylines, but this emphasis does not ruin the film in any way. Many of the characters’ thoughts, feelings, and motivations are still evident and detailed even when a smaller amount of time is spent with them. As a result, it is impressive to see characters go through solo arches and realizations that eventually come together. The connection point of the different narratives feels appropriate and pertinent to the larger story.

Svaha the Sixth Finger is an ambitious film that audiences can greatly enjoy because of its storytelling structure, scares, and unpredictable reveals. 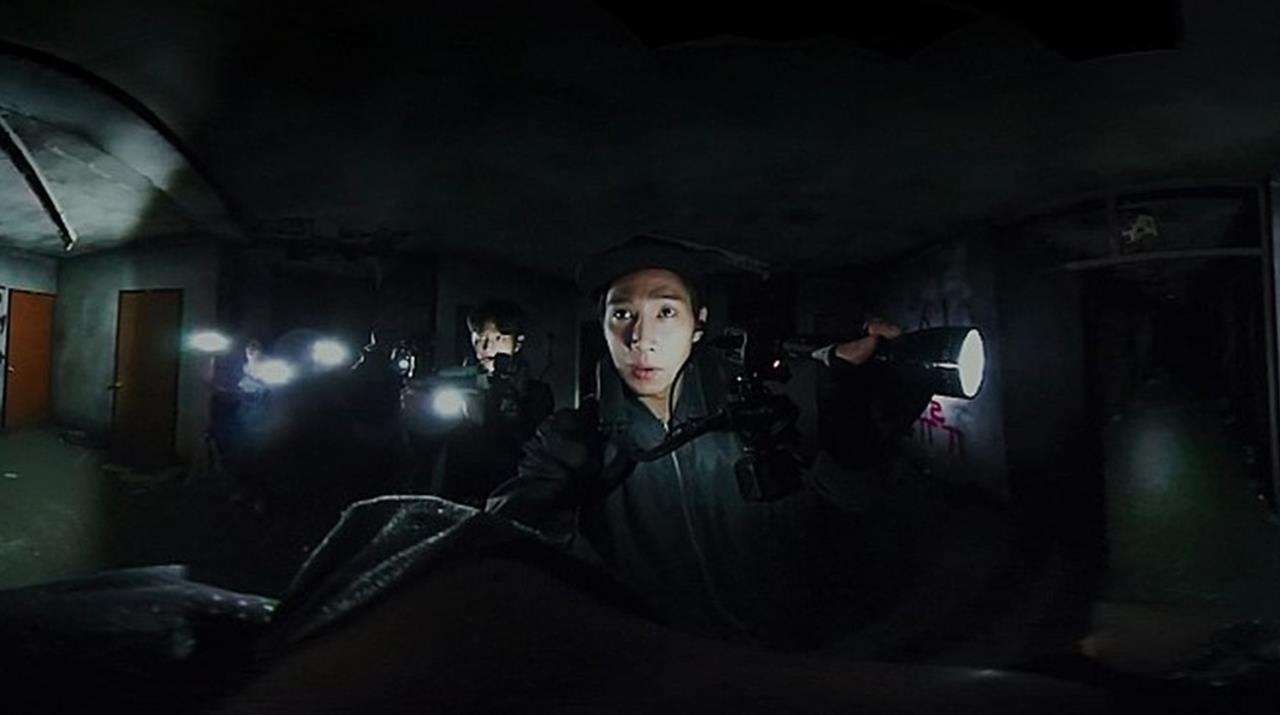 Gonjiam: Haunted Asylum is a movie that knows who to use the found footage style to its benefit. The film tells the tale of a horror web series crew who decides to explore a deserted asylum for a broadcast. Soon, the crew’s search becomes a real-life nightmare as they begin to realize the sprits of the asylum never left the building.

While movies such as the Paranormal Activity films and The Blair Witch Project found success with their first-person perspectives, the waves of the found footage craze can also cause some films to exploit the format and become lackluster, cheap duds. Luckily, Jung Bum-shik and Yoon Byung-ho have a clear vision that employs the strengths of the found footage genre beautifully.

Yoon Byung-ho’s cinematography and Jung Bum-shik’s direction apply the found footage style to Gonjiam: Haunted Asylum to create amazing atmospheric fear. For example, the way the darkness makes the halls of the asylum look endless and deep or the appearance of menacing shadows on the walls feels particularly ominous. Even when shots are filled with more light, there is no solace in them as they emphasis the dirty and dingy environment of the asylum that fills spectators with dread.

Gonjiam: Haunted Asylum fully embraces the found footage style and because of this, the film establishes itself as an essential watch of the genre. 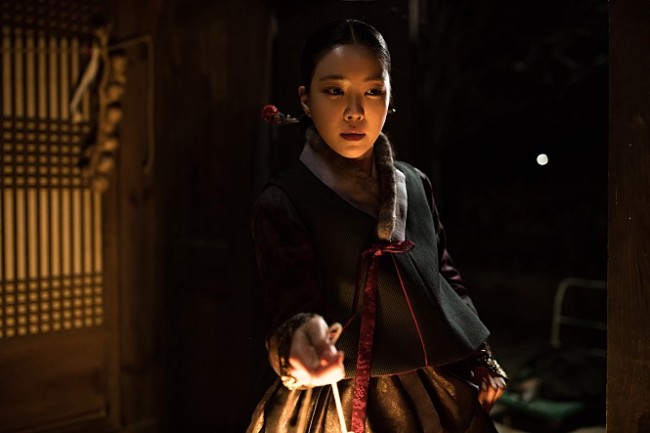 While not the highly praised movie that Woman’s Wail was, The Wrath is still a solid remake to watch on a night in. In The Wrath, a bitter courtesan spirit seeks revenge on the aristocratic family of the Joseon official that murdered her.

Being a remake, it does lose some originality and innovation from the start. However, this does not mean The Wrath does not deserve a spot on this list. At 94 minutes, the movie is the absolute definition of a fun quick sit.

It is easy to get invested in the story especially because of the lead performances given by newcomer Son Na-eun and veteran actress Seo Young-hee. Both actresses truly add dimension to their characters. Their strong acting elevates their roles and keeps movie-goers rooting for the protagonist to survive yet intrigued by the antagonist as well.

The Wrath is a fast-paced and amusing horror film that is worth a viewing.

The scares of Two Sisters work best in the sibling drama and human turmoil portions of the film rather than the straight-up horror components. The dramatic elements of the story produce a sense of anxiety that complement the chilling but constrained supernatural activity. This is a film that finds terror in humanity even more than the world of supernatural frights. Two Sisters is not afraid to ask if the terror found in humanity is more worrisome and terrifying than the things that hide in the shadows or the things that go bump in the night.

In addition to the source of the horror in Two Sisters, some may find this film boring or unsatisfying due to its slower pace and defiance of standard, mainstream horror. There are not many traditional jump scare patterns or pale, white ghosts in this film, and while some may be unpleasantly surprised by this, others will enjoy the artistry, time, and care given to each shot of the movie.

This Malaysian entry to the list generates scares that effectively speak to the horror found within humanity. 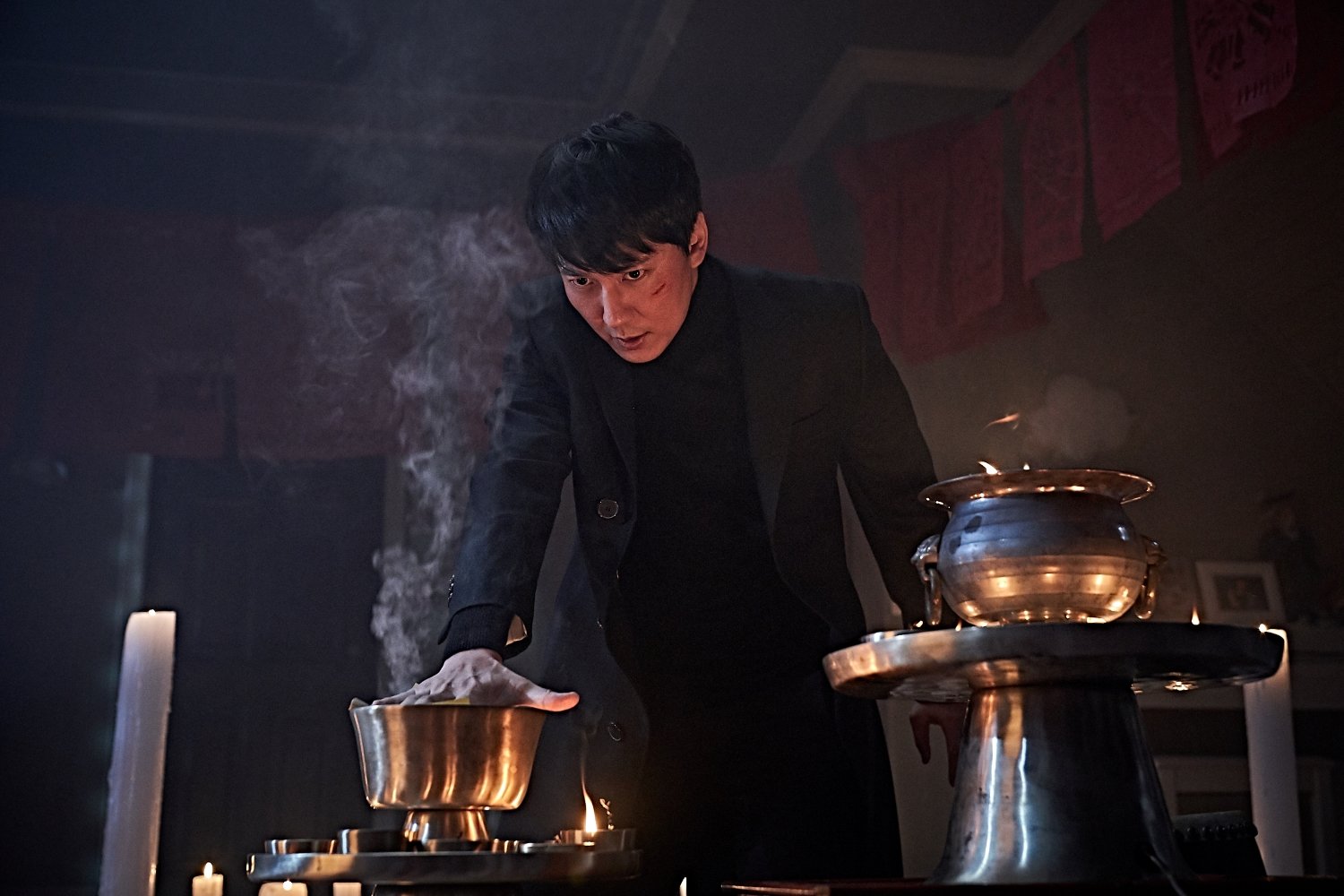 Compiling classic horror beats with genuine emotion, The Closet is a superb addition to the South Korean horror market. The Closet depicts a father, Sang-Won (Ha Jung-woo), trying to start over in a new home with his daughter after the loss of his wife. Unfortunately, the fresh start for him and his daughter is ruined when he begins to hear strange noises from of the closet, and his daughter goes missing.

Overall, the closet appears to be a straight-forward horror movie. There is a haunted house with ghosts, classics scares, and doors that seem to open by themselves without any help from the wind. Though, looking beyond the obvious, the film uses its horror, as many great horror films do, to discuss familiar problems. Themes such as the breakdown of family bonds, the struggles of parenting, and even the abuse children can experience are all concepts that The Closet addresses.

Along with its acknowledgment of complex, real-life themes, the director, Kwang-bin Kim, knows how to visually represent them without taking away from the scary and thrilling elements that make The Closet a good horror movie. The uncomfortable and difficult themes are not used to overwhelm the plot or clutter the storytelling. Instead, they insert a dose of sad but necessary reality to the portrayal of supernatural events.

The thoughtful layers of The Closet make this film a repeatable watch that permits audiences to peal back a deeper idea with each viewing.