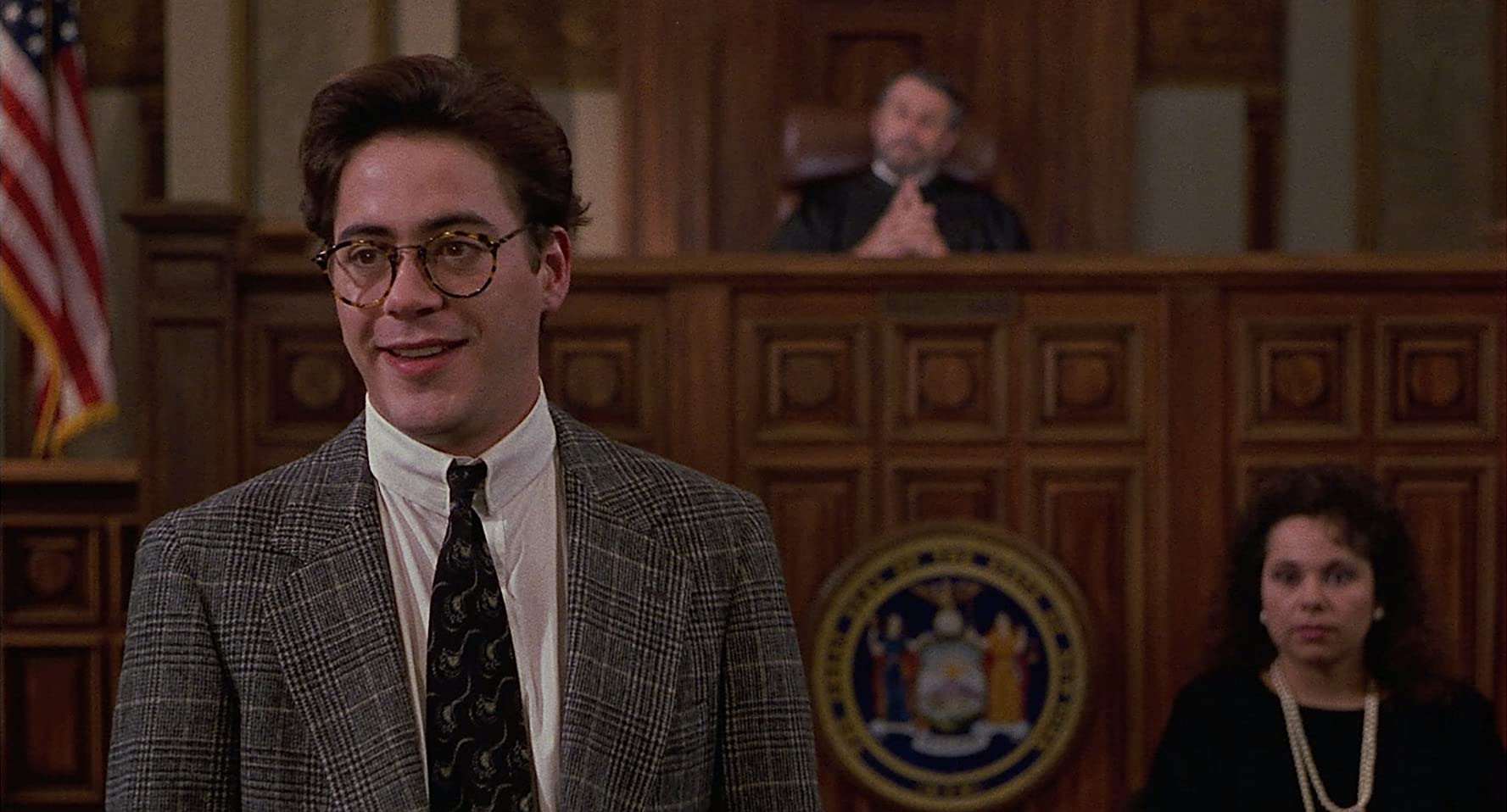 Forget about the Oscar-bait “The Judge” – this is the best law-related film with Robert Downey Jr. in it. He’s a supporting player, though; our main man is James Woods and he fits like a glove in such parts. Maybe because of his intense screen presence, the way he talks, or the energy he brings to the screen, but he suits such hot-shot lawyer roles really well.

The once idealistic attorney Edward Dodd now mainly defends drug traffickers in criminal cases. Roger Baron is a young lawyer and a recent university graduate. He admires Dodd and knows his work in familiar processes of the 1960s by heart. He therefore introduces himself to him. From then on, Dodd and Baron work together, and Dodd is transformed by an eight-year-old murder case.

The movie has its flaws but its suspense side is well staged; there’s something engaging about the whole atmosphere of the movie and since Woods is great to watch, you just go along with him. This is not a Grisham adaptation but those who love his stuff will likely love this one as well. Great score, a good use of flashbacks, nice twists and turns, and a little bit of social criticism all makes “True Believer” a fine piece of entertainment. 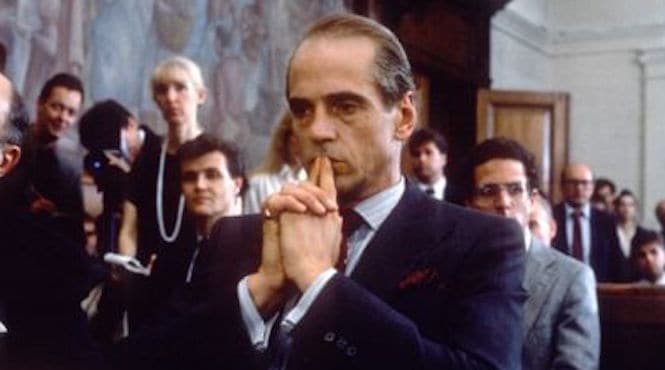 Who knew a movie about a true-life murder case could be such a great dark comedy? These days, maybe you can see some people claim Jeremy Irons’ Oscar win was some kind of “we’re sorry” on their part for his criminal snub for “Dead Ringers,” but ignore those people, they didn’t actually watch “Reversal of Fortune”. This is one of the greatest Best Actor Oscar wins and a very hypnotic, impressive performance.

Many actors aim to reach some kind of ambiguity in their work, and Irons succeeds here as Claus von Bülow, a Danish-British socialite. In 1979, he was convicted of, but later acquitted of both the attempted murder of his wife Sunny von Bülow, which had left her in a temporary coma, as well as alleged insulin overdose in 1980 which left her in a persistent vegetative state for the rest of her life.

Nicholas Kazan wrote a very intelligent, sharp script which works both as a satire and an engaging mystery thriller. It is based on the book written by law professor Alan Dershowitz who von Bulow hired to act as his defense. The ambiguity of it all is what makes the film stronger than it would be if it was just about revelations. The cinematography and production design are all great. Unlike many legal dramas, it actually stays away from the classic courtroom drama scenes and mostly focuses on the behind the scenes action and the work by von Bulow’s defense team, which also makes it a standout in the genre. 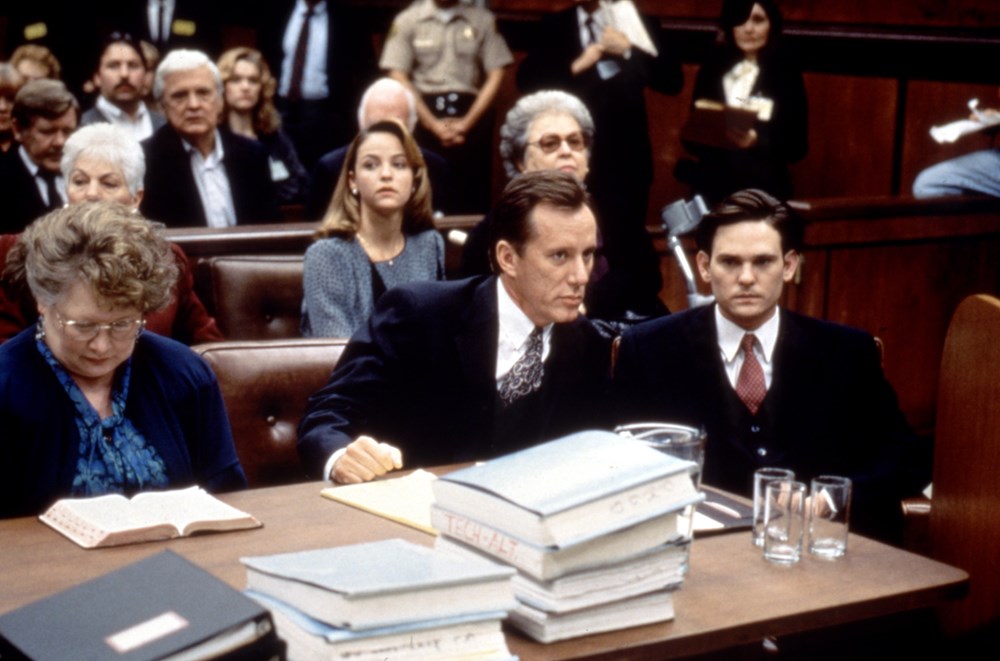 The McMartin preschool trial was a daycare sexual abuse case in the 1980s. Members of the McMartin family, who operated a preschool in Manhattan Beach, were charged with numerous acts of sexual abuse of the children in their care. If you don’t know much about the case, that makes it even a better watch but even if you do, then that’s okay as well because it’s not some random television film that treats the whole story only as some sort of docu-drama that keeps you narrating the story directly. It actually has a very decent narrative that slowly takes you in it and gives characters a good space to reveal their nature. It’s a bit long but never feels overlong; each scene is there for a purpose.

This is a story of how the legal system can be wrong, can be flawed, and can lead into certain tragedies; it serves as a warning of what can happen. James Woods is once again great at the lead role but there’s a need to give a shout-out to the recently deceased Shirley Knight, in a great performance that also got recognized with a Golden Globe nomination. Maybe because it was an HBO film, it’s not necessarily popular, especially outside of the USA, but this is such a compelling case that the movie could very well interest even the non-courtroom drama fans. 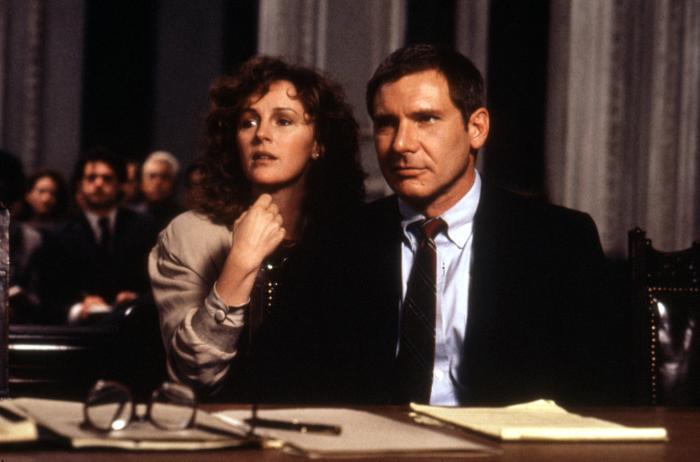 Rozat Sabich, called Rusty, is an assistant district attorney in Kindle County. One day he learns that his colleague Carolyn Polhemus was murdered; she was found tied up with ropes in her apartment. There she was apparently raped and killed with a blunt object. But here is the thing: Carolyn was also Rusty’s mistress. Not sure if it was Harrison Ford’s star power or that the audiences weren’t easily bored back then during serious dramas, but “Presumed Innocent” was actually one of the highest grossing films of its year. Yet, somehow we don’t talk about it much anymore. That’s why it’s here. It wasn’t underrated then but it’s kind of underrated now.

It’s all around a great movie. Ford gets a complex character to portray; as usual he relies a bit on his star charisma, but there’s no denying that he’s doing some of his finest character work here. The script is very sharp; it appeals to those who love when their law films deal with mystery, it keeps you guessing, and the twists and turns are all well thought out. The cinematography is also almost haunting; it helps to create a dark atmosphere. It should be worth noting that it’s a movie that deals with female agency and sexuality, and manages to stand out from the rest for its intelligent script. Those who love to see insights into the criminal justice system will also not be disappointed. “Presumed Innocent” is a riveting adaptation that should be seen by every courtroom drama fan. 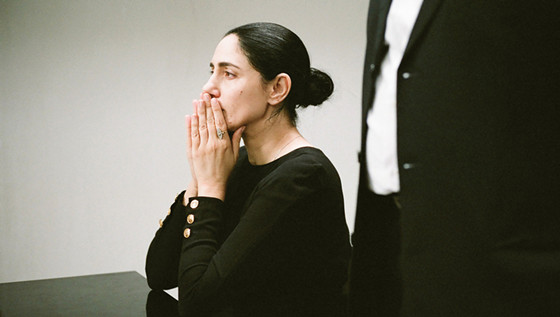 When we talk about courtroom films, we often think of American ones. “Gett” is a major exception on the list, since it’s an Israeli drama and a powerful one. To get a better sense of the movie, you may need to watch the previous films of the trilogy that focus on the unhappy marriage of main character Viviane Amsalem, “To Take a Wife” and “Shiva.” All three films were directed by the late great actress Ronit Elkabetz, alongside her brother Shlomi.

This particular one focuses on Viviane’s divorce. To get a divorce from her husband of more than 20 years, she goes to a religious court in order to obtain a gett, a document in Jewish religious law which effectuates a divorce between a Jewish couple. Since there is no civil marriage in Israel, she has to go to a religious court with her husband again and again, and her struggle for the divorce soon becomes a desperate struggle for freedom.

The movie is strangely both depressive and also sometimes humorous. This courtroom drama gives space to different perspectives and creates a social conflict between secularism and religious laws through impressive minimalism. This courtroom is everything; it’s the world here. Even though it’s a totally different kind of subject, you may even get some “12 Angry Men” vibes here mostly because of how it’s mostly set in one place, but you get a lot of tension. Overall, “Gett” is a compelling, strong drama with a lot of darkly funny moments as well. It’s also the last big screen role for Ronit Elkabetz and she leaves cinema with a terrific performance.