Pink Floyd’s The Wall may be a film that does not seemingly fit the typical musical format, but its paring of acclaimed songs with striking imagery gives it a place on this list. The movie shows popular but drugged-out musician Pink (Bob Geldof) as he reflects on his isolated childhood from his Los Angeles hotel room.

Unlike the other musicals on this list, the narrative is not a major component of this film. While that may seem like a major detriment to the film, the visuals make up for the storyline. The dark imagery is original and greatly compliments the state of mind of the musician. The symbolic nature of the film and music is not too cryptic to interpret and the wall acting as a barrier to the world is interesting. The trauma of the musician is present, and his coping mechanism is to put a blockade between his mental state and the death of his father (James Laurenson) and the strict ways of his mother (Christine Hargreaves).

Pink Floyd’s The Wall tapes into meaning and emotions that are compelling to any viewer. 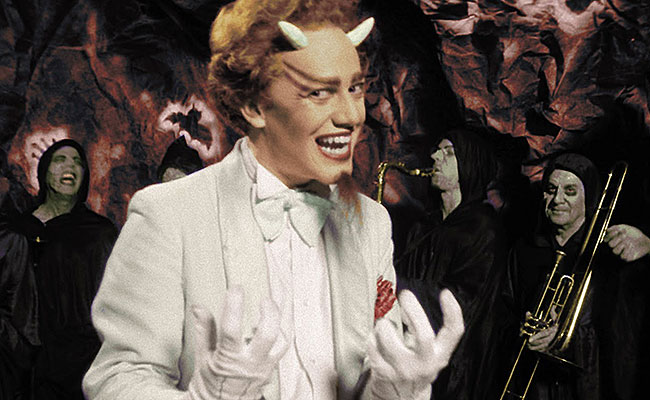 If viewers can imagine The Twilight Zone being crossed with a bad drug trip, audiences may start to develop an idea of what The Forbidden Zone is. In the film, Mystic Knights of the Oingo Boingo tour the raunchy realm of King Fausto (Herve Villechaize) and his queen (Susan Tyrrell).

There is a new wave-based style to the film, but that description does not do its absurdity justice. Between giant frog servants and human chandeliers, viewers never believe what they are watching for one moment. The stranger the movies gets the more mind-blogging yet intriguing it becomes. Avant-garde to the extreme, the Forbidden Zone is an interesting expression of irrationality. As a result of its brash ridiculousness, this film has a polarizing effect that will have some people fascinated by the madness behind every song, action, character, and background and others covering their eyes in complete disgust.

It is possible there are no words that will ever accurately describe the Forbidden Zone and that is exactly what the film thrives on. 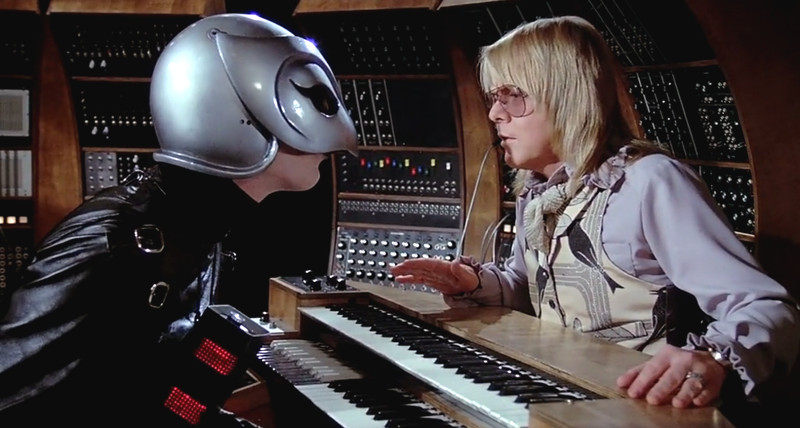 Brian De Palma’s take on Phantom of the Opera is an inspiring creation that proves De Palma is a world-class director with a vision all his own. After record producer Swan (Paul Williams) steals the music of songwriter Winslow Leach (William Finley), Leach infiltrates Swan’s offices. Catching Leach, Swan frames him with drugs, which sends Leach off to prison. Breaking out, Leach again goes after Swan’s empire, but in the process, Leach deforms himself. Leach then decides to become the Phantom who will stop at nothing to ruin Swan and save his unrequited love, a singer named Phoenix (Jessica Harper), from a horrific fate.

Part rock musical, part horror comedy, De Palma uses influences such as Leroux’s The Phantom of the Opera, Oscar Wilde’s The Picture of Dorian Gray, and Goethe’s Faust, to deliver a wildly entertaining movie that loving parodies the music industry, rock music, the horror genre, and more. All the subjects that De Palma is commenting on could become cluttered, but with his capable hands, Phantom of Paradise excels.

De Palma also draws audiences in further by using a plethora of camera tricks he knows well. Some of the resourceful techniques include iris-outs, numerous steadicam shots, and sped-up camera work.

Phantom of The Paradise relies on solid, one-of-a-kind direction and smart homage to deliver a worth-watching film. 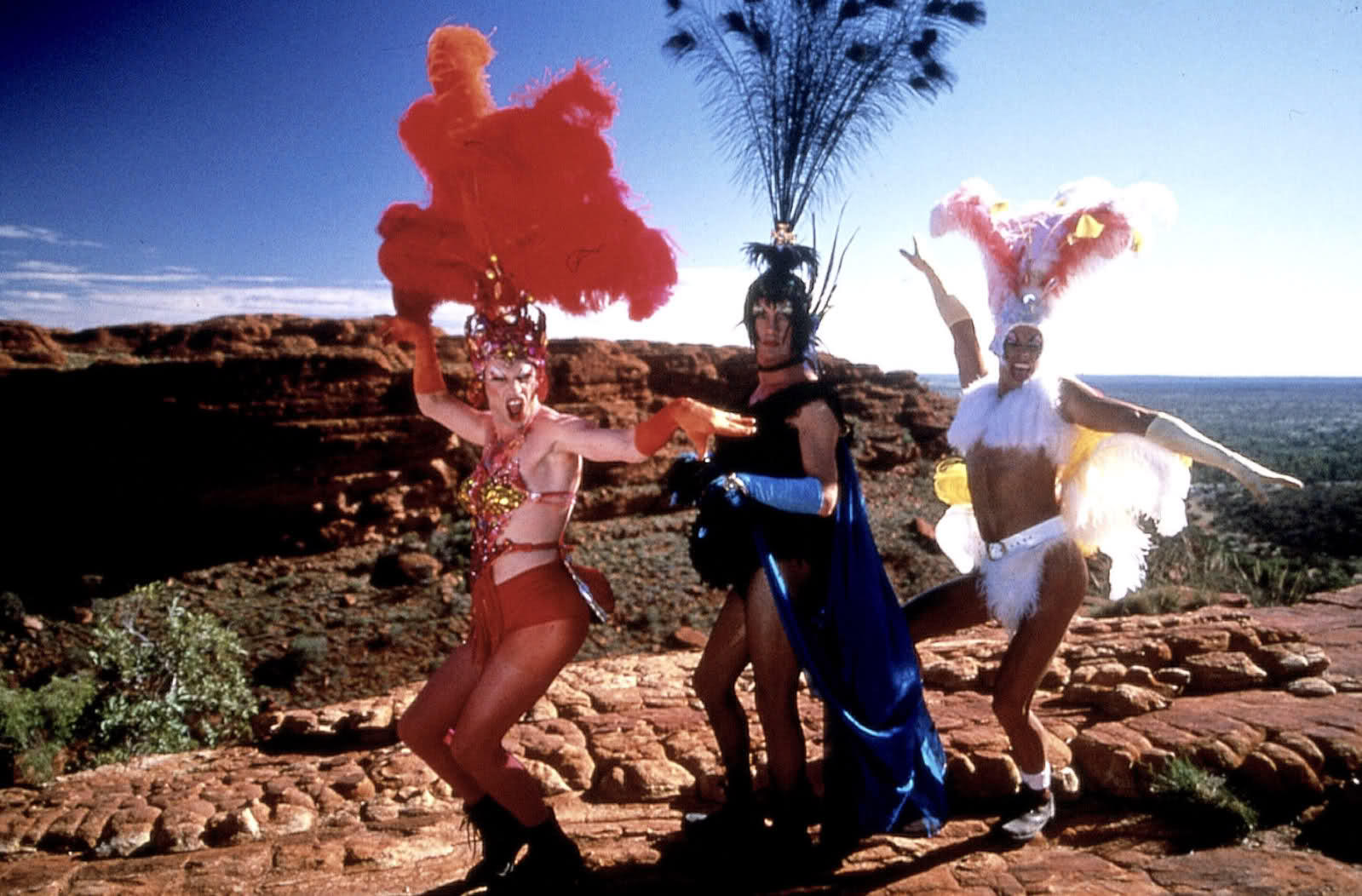 The Adventures of Pricilla, Queen of the Desert contains both heartwarming scenes and a sharp sense of humor that moviegoers cannot help but love. Drag queen Anthony (Hugo Weaving) decides to take his act on the road and invites cross-dresser Adam (Guy Pearce) and transsexual Bernadette (Terence Stamp) to join. In their bus, Priscilla, the performers travel across the Australian desert performing for entertained crowds and homophobic residents. Eventually, the two performers learn a truth about Anthony that threatens to ruin their act and friendship for good.

It is easy to see how the film could have lost itself to road trip clichés. Luckily, The Adventures of Pricilla, Queen of the Desert goes beyond these tropes. Writer-director Stephan Elliot directs a road movie with a desire to make a difference and educate. It does not shy away from LGBTQ+ issues and injustices. Instead, they are tackled head on with a well-written script, clever directing, and flesh-out characters. In a society, both past and present, that can have such hate and fear for anything against the determined norm, The Adventures of Pricilla, Queen of the Desert makes a statement against the concept of a mandatory norm with heart, humor, and class.

It is evident that The Adventures of Pricilla, Queen of the Desert is one of the all-time great LGBTQ+ films ever made. 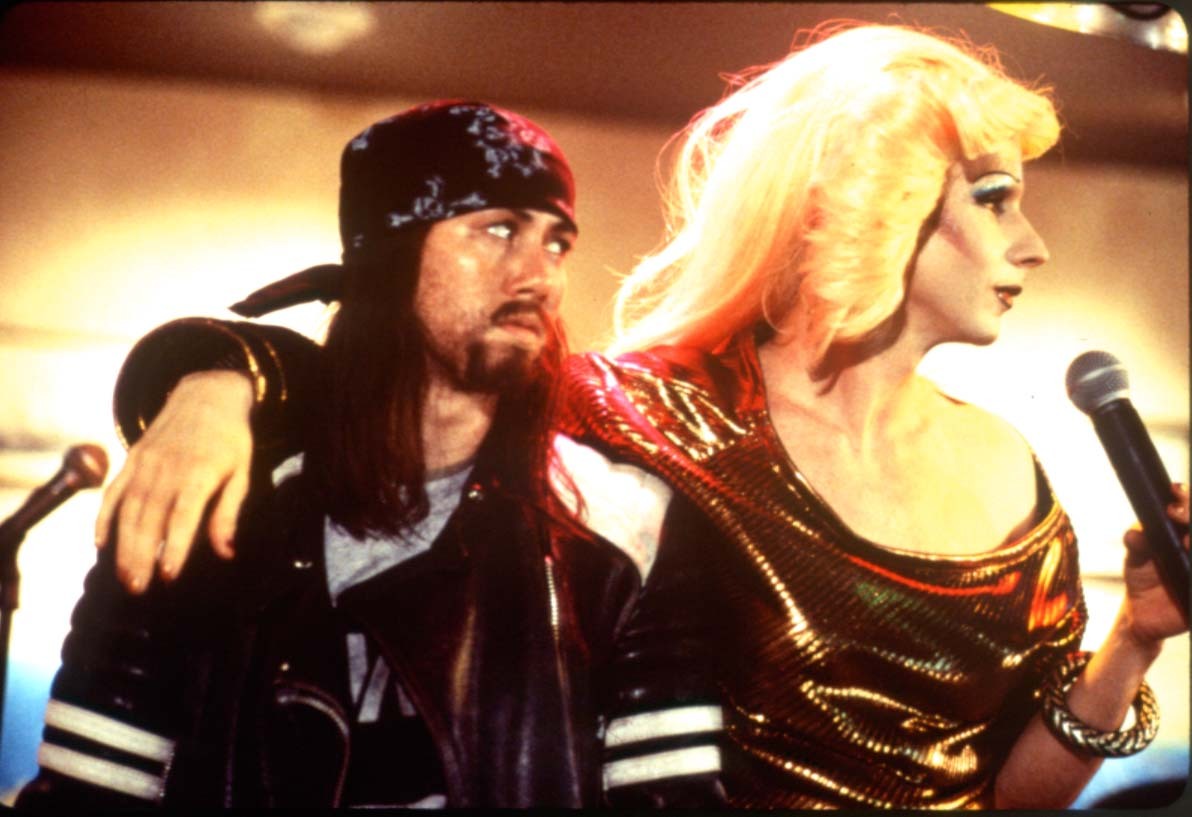 Watching Hedwig and the Angry Inch, moviegoers never feel like they are watching a traditional musical. Rather, the viewing experience of this film is more like an epic one woman or man show as told through song. John Cameron Mitchell, as Hedwig or Hansel, steals every scene he appears in. Just with a look in his eyes or a simple gesture, Mitchell says so much. He can reveal sadness, pain, pleasure, anger, excitement and more all in an instant due to his comfortability and passion for the role he was meant to play.

In addition to Mitchell’s acting, the music by Stephen Trask does not exist just to amuse or to be noise in the background. It never feels out of place and perfectly moves the story forward at an excellent pace as each song gradually reveals Hedwig’s complex past and gender identity. The compositions and lyrics also allow viewers to deeply connect with Hedwig more and more as the story goes on.

Hedwig and the Angry Inch is a film sure to never disappoint audiences.