“Melancholy is a topic I’m interested in more than something I deeply feel,” said Sofia Coppola when doing the press circuit for Lost in Translation (2003), adding, “There is indeed some form of melancholy in me, but I’m not the kind of girl who spends her afternoon looking out the window with a sad gaze.”

Coppola’s breakthrough picture as director, Lost in Translation is a film about mondaine ennui and alienation, and netted her an Oscar for Best Original Screenplay. Having grown up on film sets –– is there anyone out there who doesn’t know that she’s the daughter of noted filmmaking legends Eleanor and Francis Ford Coppola, and been appearing in their films since she was an infant –– maybe it isn’t such a shocker that Coppola’s budding auteur status is well founded for such a gifted writer-director.

Other noted films from Coppola include The Virgin Suicides (1999), Marie Antoinette (2006), Somewhere (2010), The Beguiled (2017), and her forthcoming picture, tentatively titled “On the Rocks” which reunites her with Bill Murray, is already one of 2020’s most buzzed about indie projects.

While Coppola may not be the most prolific of filmmakers, she takes her time on her projects, which are often very personal films, and the level of quality and craft is apparent in every artfully composed frame. Take your time, Sofia, we aren’t going anywhere.

When I saw Chloé Zhao’s piercingly sad yet stunningly beautiful debut film Songs My Brothers Taught Me at the Vancouver International Film Festival in 2015, I knew I was witnessing the appearance of a major talent. That film not only portrayed an evocative and honest representation of post-colonial Indian life, it reworked the familiar coming-of-age angle in startling new ways and with an incredibly effective cast of non-actors.

Zhao, who was born in Beijing and is now based out of LA, followed up Songs My Brothers Taught Me with the absolutely stunning The Rider (2018). Embracing a sustained poetic melancholy, Zhao’s stunning magic hour landscapes and winning use of untrained actors who offer up honest performances of utmost purity, further underscore her top form direction.

Heartfelt, bracingly sincere, and high-achieving, Zhao’s The Rider is a lowkey social-realist masterpiece. Essential viewing, and whatever and wherever Zhao brings us next, my money says that it’s going to be essential, too.

Kelly Reichardt, whom Senses of Cinema’s Scott Littman has dubbed “the poet laureate of the Pacific Northwest” has firmly established herself as one of the world’s top tier directors.

Florida-born, New York-based, Reichardt has proven to be a vital voice in the independent American film scene since her 1994 debut film, River of Grass. Intimate and austere, Reichardt’s films all share a quiet aesthetic as her stylistic stratagem is to use the long game approach; a satisfying slow-cinema sweep.

Of all Reichardt’s films it may well be that the heartbreak and reparation in 2008’s Wendy and Lucy is her lowkey masterwork, but other gems in her distinctive CV includes 2010’s revisionist Western, Meek’s Cutoff, 2013’s existential eco-thriller Night Moves or her deeply rewarding 2016 tour de force, Certain Women.

An indispensable artist, and a serious, stunning filmmaker, Reichardt is an American treasure. 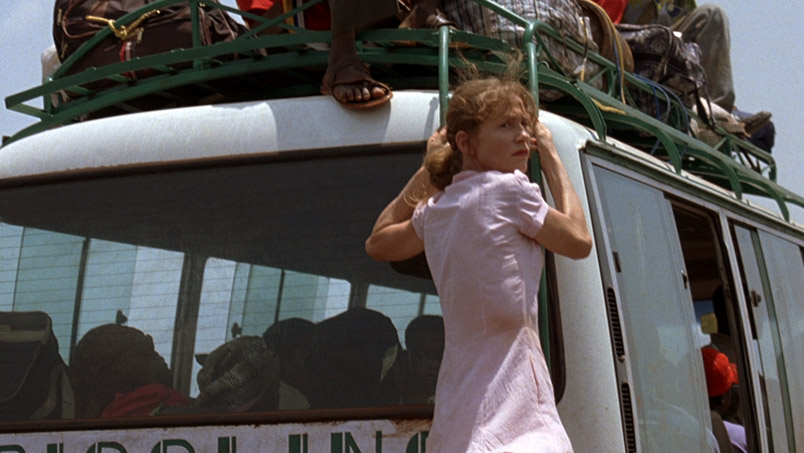 Responsible for an extremely eclectic and extraordinary body of work, French filmmaker Claire Denis is chimeric from one film to the next. A consummate stylist and influential formalist, Denis often makes films with grandiose ideas (often critical of colonialism) while utilizing a vivid color palette, elegant compositions, deep textures and experimental sounds in a wide variety of genres.

Her gripping 1999 war drama Beau Travail was an early gem, while her 2001 film Trouble Every Day is a shocking horror film, considered part of the French extremity, that courted controversy for its violent depictions of bloodlust and explicit sex.

Granik’s 2004 addiction drama Down to the Bone gave a deserved breakthrough role to Vera Farmiga, and her 2010 Ozark-set neo-noir, Winter’s Bone, about a young woman (Jennifer Lawrence) out to find her meth-binging old man, launched Lawrence’s lucrative career.

2018’s Leave No Trace (based on the book “My Abandonment” by Peter Rock) puts 17-year-old Thomason Harcourt McKenzie, a New Zealand actress, in a star-turning performance as Tom, a wide-eyed lass living in the wilds of state parks in Oregon with her PTSD-addled Iraq veteran father.

Granik may well be the great dame of American neorealist cinema, with a healthy dose of the kitchen sink tradition in the mix. Her generous gifts a boon to serious film fans everywhere.

Lynne Ramsay’s four features are Ratcatcher (1999), Morvern Callar (2001), We Need to Talk About Kevin (2010) and last year’s riveting New York-set thriller You Were Never Really Here. The latter, her biggest international hit, is also her most surprising as it is, at least on the surface, a gritty genre exercise about an ex-Marine (Joaquin Phoenix) trying to free a young teen from a sex-trafficking ring before it morphs into an artful and elliptical character study.

Looking ahead, Ramsay has expressed interest in a number of wide ranging projects including a sci-fi thriller inspired by Moby Dick as well as a comedy based on her own personal experiences living in the Greek island of Santorini.

Ramsay’s signature image-driven and poetic style is extremely singular and distinct and her works are always cause for celebration.

In 2003 English filmmaker Andrea Arnold won the Academy Award for Best Live Action Short Film for her absolutely harrowing 25-minute dramatic tour de force, Wasp. She followed this up with voyeuristic psychodrama in 2006 called Red Road (which won a third place jury prize at Cannes that year) and her sharp observations of working-class realism offer up a bleak and melancholy milieu shared by the likes of Mike Leigh and Ken Loach, Arnold’s spiritual forebears.

Arnold’s 2009 film Fish Tank is a disquieting, emotionally rich and utterly raw youth-in-trouble picture, as was her 2016 road movie, American Honey –– both films which, by the way, won the Jury Prize at the Cannes Film Festival.

Arnold’s characters consistently feel energized and authentic, and you want nothing but the best for them, even if they behave terribly –– and are captured with a sharp cinéma-vérité vibe. Arnold’s film display a self-improvised spirit that would make John Cassavetes cheer, as well as an elusive and expansive feeling of innovation and fatalism that puts Arnold into the upper echelon of world cinema. So few filmmakers are this staggeringly sublime, she’s easily one of most visionary and formative filmmakers of the 21st Century.

The matriarch of modern French cinema, Agnès Varda is a filmmaker who actually predates the Nouvelle Vague –– though her wonderful 1962 Left Bank film Cléo From 5 to 7 is perhaps the quintessential New Wave experience –– and at 90, is still going strong. A prolific auteur of the highest caste, Varda’s announced that her forthcoming film later this year, Varda by Agnès will be her final film.

While it’s heartbreaking to think we will no longer be getting films from this wonderful woman, her considerable body of work rewards repeat viewings.

“It seems my films stay in people’s memories,” said Varda in a 2018 interview, adding; “That’s the best thing: to exist in other people’s minds, to know there’s an audience that has been following my work.”