I don’t think Hannibal Lecter needs any explanation but needless to say Anthony Hopkins did with this performance what very few have ever done. And that is he created a completely subversive and methodical relationship with the audience who watched him.

Lecter is a brilliant psychiatrist locked behind a glass case because of his appetite for human beings. Through his interactions with Clarice we become victims of his psychological games just as much as she does. He takes his time and slowly creeps his way into our minds and makes us relive our most painful experiences.

Much has been said about Hopkins’ performance but what largely goes un-talked about is director Jonathan Demme and cinematographer Tak Fujimoto. The way they place the camera in Hannibal’s point of view inserts us into Lecter’s perspective, looking at Clarice with love and affection and inserting into her mind slowly but surely. This is as iconic as scares can get and left a lasting impression for all who watched it. 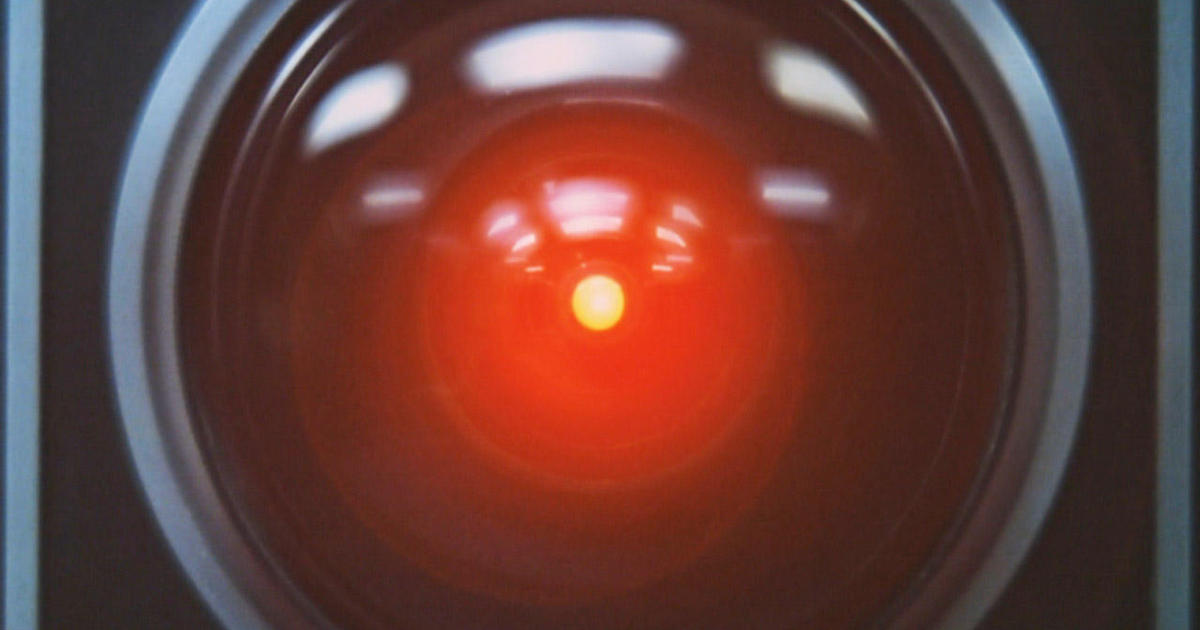 A very different kind of villain here but one that’s equally menacing. HAL 9000 is everything that science, humanity, and evolution has built up to. He’s the ultimate computer; capable of thinking on his own and having a broad understanding of the human animal.

In many ways he’s the greatest achievement in man made history but he ultimately proves to be the worst. He’s the byproduct of what man has strived for ages to achieve, efficiency at all costs. His determination to complete the mission is a result of the way human beings programmed him to be.

His thoughts, if he even has thoughts, are built entirely off of logic. No emotion, no regrets, and no compassion for what he ultimately does to this crew. When he thinks that they’re a danger to the mission there’s no reasoning or debate with that, he’s come to that logical decision himself and he’s never changing his mind.

As humanity advances itself more and more with technological breakthroughs and advancements most never thought possible in years past; HAL is a reminder to all of us not to let technology overtake our lives and serves as a reminder of the danger we can ultimately be to ourselves.

I don’t know if anyone else has this feeling like I do, but the idea of fate is something that’s very uncomfortable when you get down to it. The idea that no matter what you may want or how you feel, your life is already predetermined and you have no control over it. In a psychological sense I think this is what is conveyed with Anton Chigurh. The human mind is a dangerous thing that only seems to become more convoluted with each passing day.

What simple ethics we may have held onto in the past are now harder to unravel than we ever though as the essence of the criminal mind reaches a point where we don’t understand it. Anton, in the simplest terms possible, is the perfect representation of that. He goes along chasing a man carrying money and mercilessly kills most in his path. He doesn’t even seem to enjoy what he’s doing but knows that it’s in his destiny to do this.

His words are cryptic, his meaning make no sense to anyone, and the amount of bloodshed happening at his hands is something he doesn’t even flinch at. The pinnacle scene that demonstrates Anton’s scary nature and the themes he represents is when he confront a store clerk for no apparent reason.

Through brilliant acting and word play we realize this isn’t a simple coin toss but rather a question of is Anton going to kill this innocent man. He doesn’t make the decision but rather lets fate decide for him. In a world that’s becoming more confusing for everyone involved Anton is that sick man we hope to never come across.

In the years since Stanley Kubrick’s “Clockwork Orange” was released we’ve seen an unfortunate increase in the amount of criminal behavior by the youth. Since the moment Alex DeLarge and his droogs took up our screen with their acts of ultraviolence and rape the world seems to have drifted more into the warning Kubrick and writer Anthony Burgess were telling with this dystopian future they conjured up.

Alex is the epitome of evil and enjoys every moment of bliss and heaven that comes with it. The idea that someone as young as he is would be doing these sort of things is disturbing and puts him on a different plane of film villains. But what makes this even more perplexing is that we’re oddly enough supposed to identify with him because this is his story.

The film itself is an examination of evil in every form imaginable. Is it something we’re born with, is it the result of bad upbringing, is it societies fault, is the government to blame, and is there religious forces at work that go beyond our comprehension, or is it possible a combination of everything mentioned? Whatever it is that creates evil is hard to decipher but if there’s ever a character that embodies the many forces that creates it then Alex is that character.

What’s clever about the depiction is that it never actually says what the cause is, because to show something would waste the moral questions the film is asking. We need to see Alex at his most vicious and only then can we start to peel back the layers and ask if we feel sorry for him. But even more frightening is if we do, then what does that say about ourselves? 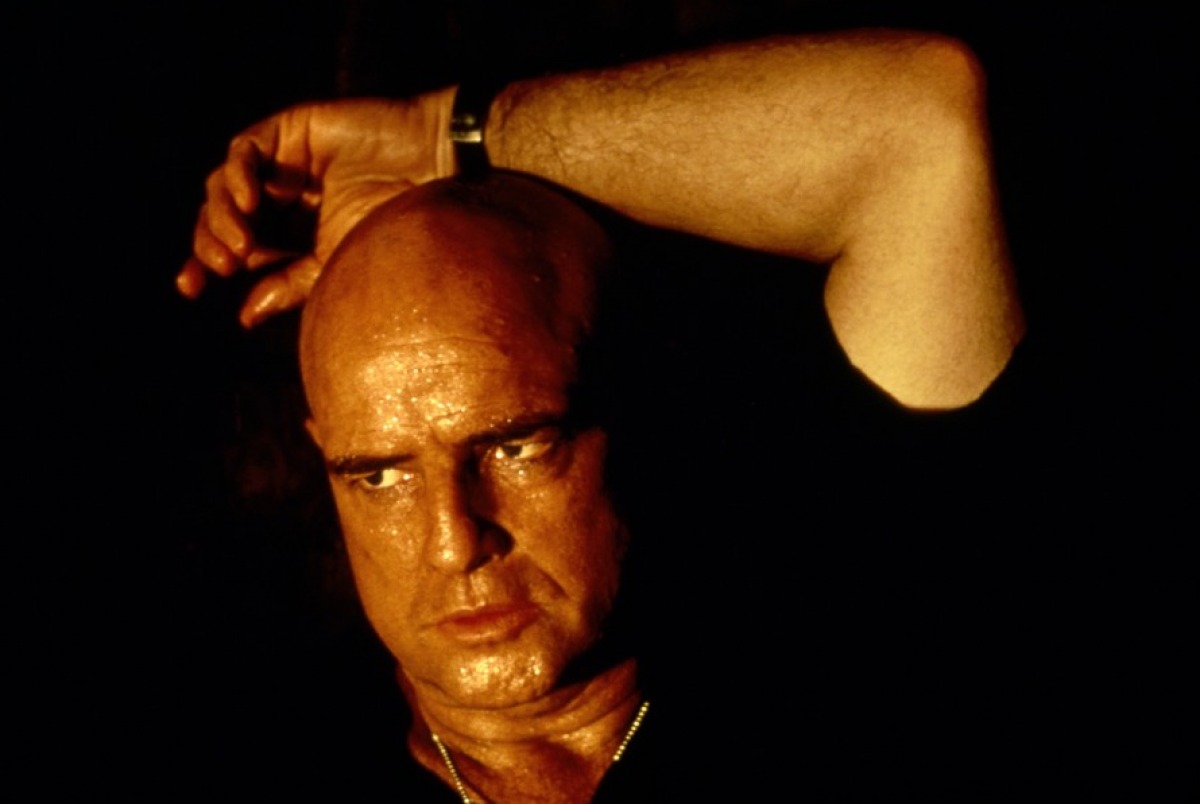 We like to think we all have it made, that life is going our way, and we’ve advanced ourselves to a place in life that gives us everything we want. But the hard truth of the matter is that for as much as we progress ourselves and advance what we’re capable of; we’re still beings of a more primal nature.

The world we live in is one where suffering is the law by which everything revolves around. We live in a Darwinian testing ground where every single day everything tries to eat each other to survive.

This is what Col. Kurtz realized when he traveled out into the soul crushing world of Vietnam; that civilization has created a life for ourselves that’s merely a fabrication, a blanket designed to wrap us up in a comfortable curl of relaxation. But when placed in truly horrific situations all of our ethics and intellectual advancement will stop in an instant as we resort to our primitive ways. But what makes

Kurtz’s Epiphone that much more horrifying is that he knows this instinct is what it takes to win, he’s not only scary but he is embraced horror itself. As he puts it “Horror has a face and you must make a friend of horror. Horror and moral terror are your friends, if not then they are enemies to be feared… they are truly enemies.”

As Kurtz tells his bone chilling story of the horror he experienced in the war we’re sucked into his broken mindset, now looking at life and civilization in a completely new and profound way. Now knowing that at any turn our hearts can become consumed with darkness as we lose sight of what we’ve become and instead revert back into what our kind initially was, wild animals.

The film itself of “Apocalypse Now” has the essence of war and takes it into mythological territory where it feels like a battle of gods and monsters. And how fitting because Kurtz himself is a man who’s become a monster, positioning himself as a God to these people beneath him as they worship at his feet.

And of course credit needs to be given to Marlon Brando himself, turning his demeanor into something that’s almost other worldly. A man who’s embraced death and suffering as the order by which we live off of, projecting a world around him that ended lives both literally and figuratively. This truly is horror… the horror.