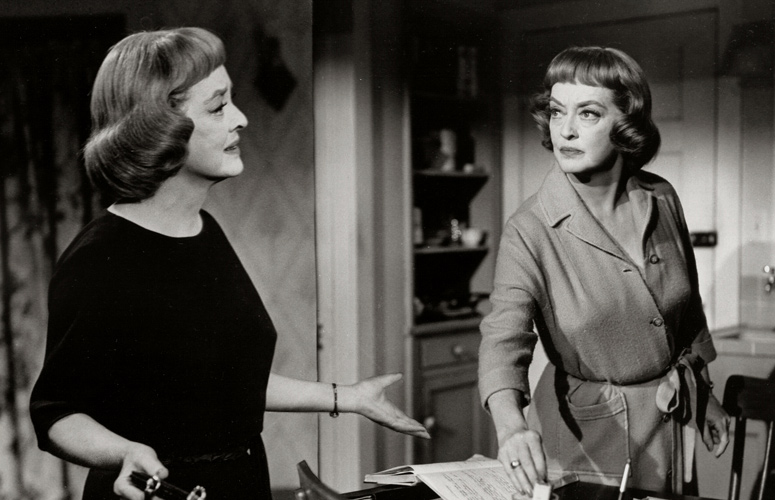 The only thing better than a film with Bette Davis is a film with two Bette Davis’s. And that’s what we get with Dead Ringer, a great thriller featuring two identical sisters embroiled in a confusing murder mystery.

Few could handle the wide range of emotions that Davis could, and she gets to use them to full effect here. From meek and timid to hostile and manipulative, her full talents are on display in Dead Ringer. This alone is enough to recommend the film, but we also get an intriguing story to accompany the great acting.

When the husband of one of the sisters turns up dead under suspicious circumstance, the other twin comes into town for the funeral. But after an argument and a falling out, one of the sisters also gets herself murdered, and the attempted cover-up draws the attention of a nosy detective played by Karl Malden.

While the living sister feels confident that she can pretend to be her deceased identical twin long enough for suspicion to pass, the detective has other ideas. Even being a dead ringer has its limitations.

Denis Villeneuve’s film constantly flirts with the psychological themes of the doppelgänger, while still planting plenty of seeds of doubt in our minds about the nature of the titular enemy. Figuring out whether Jake Gyllenhaal’s identical match is a real person or a projection of his psyche is part of the fun of the movie, so we’ll refrain from speculation here. Enemy is an enigmatic brain-twister of a film that gets under your skin and stays there long after its final stunning scene.

It’s a psychological thriller inspired by José Saramago’s novel The Double. Gyllenhaal plays a mild-mannered college history professor who one day happens to spot his exact double playing a small part in a movie.

The role of this double is also played by Gyllenhaal, and the two form an uneasy alliance after agreeing to meet over the phone. But as they gradually become entangled in each other’s lives, the situation threatens to spiral out of control due to their diametrically different personalities. Jake Gyllenhaal gives two pitch-perfect performances in this brooding film which has polarized audiences since its release.

Many actors in dual roles play people whose personalities differ widely, but few characters contrast as drastically as the ones in The Great Dictator. Charlie Chaplin channels both a meek Jewish barber and a tyrannical dictator bent on destroying the barber’s way of life. Made in 1940, this satirical film’s references to the current events surrounding World War II are obvious, and it manages to be both cuttingly critical of injustice and yet lighthearted along the way.

When Chaplin’s barber and lookalike dictator get caught up in a case of mistaken identity, the barber is forced to deliver a public speech to a massive crowd. The result is one of the most iconic scenes in cinematic history, featuring a stirring address about peace in the face of the atrocities of which humans are capable.

The Great Dictator is a delightfully fun adventure which fully understands the serious implications of its own story and message. Charlie Chaplin directed, wrote, produced, and starred in this classic which was risky for its time and still relevant today. 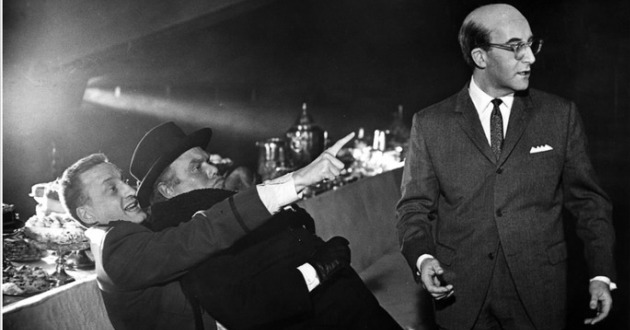 When it comes to great performances as multiple characters Dr. Strangelove is an embarrassment of riches. The great Peter Sellers plays no less than three roles in this satirical black comedy which will remain eternally relevant as long as humans remain addicted to waging war. As Group Captain Mandrake, President Merkin Muffley, and the eponymous Dr. Strangelove, Sellers shines in scene after scene.

The circumstances which led to his inhabitation of several different roles in the same film came about through stipulations of the movie financing company. Sellers had played multiple parts in a couple of recent successful movies, and his acting abilities were believed to be the winning ingredient.

Though known primarily as a comedian, Peter Sellers had an unbelievably wide range, and he found the perfect vehicle to display his versatility in Dr. Strangelove. Committing completely to each of his roles, Sellers keeps us laughing and watching closely to find where he’ll appear next.

Now we arrive at the easy choice for number one on this list of multiple performances by a single actor in the same film. Alec Guinness wears this crown, and his reign is likely to never be overthrown. He plays nine different roles in the black comedy Kind Hearts and Coronets, and we love each performance better than the last. It should be pointed out that none of these characters are twins, and not all are male. This is a movie that never takes itself too seriously, and yet Guinness delivers in every scene with no less dedication than we would expect from such a legendary actor.

The story centers around a young man whose mother married outside of her aristocratic class and was disowned by her wealthy family. The bitter son decides to take his revenge on his snobbish relatives by killing the eight people ahead of him in line to become duke.

Alec Guinness fills the shoes of all the doomed family members in unforgettable fashion. Kind Hearts and Coronets is a smart, cynical, brilliantly original film helped enormously by the tour de force efforts of Guinness.