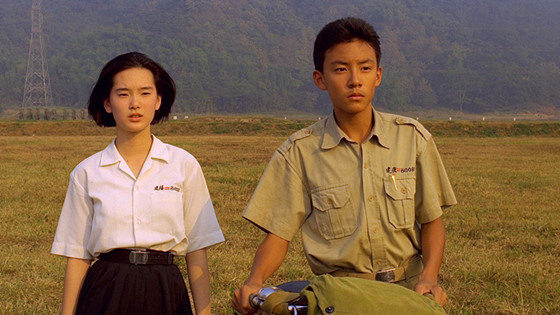 A film that continues to be rediscovered and included in those hidden masterpieces, Edward Yang’s four-hour intimate epic on rival youth gangs set in a changing Taiwan, to say the least. Yang explores everything in between from youth angst, cultural indifference specifically from the West, violence, mayhem, love, and so much more in his film.

The cinematography by Chang Hui-kung and Li Long-yu shows the reality and fantasy of a Taiwanese summer, from farm lands to towns to cities. The film even includes the real-life blackouts where parts of the frame are only provided with one light source, adding to this film of ennui and frustration amongst its characters.

Though it is not an upbeat type of film, it definitely explores characters in transition and struggle on those summer days. The confusion, borderline paranoia, or trying to become a full individual over the course of summer is all felt in this film. Yang allows the backdrop of long, hot summer days and nights for his themes and characters to merge.

Lastly, with the runtime of 237 minutes, it’s a great film to watch on that gloomy day at the end of summer, or during that downfall of rain where you can’t go outside. Yang somehow manages to include so much of the struggles of the human condition in his early masterpiece. 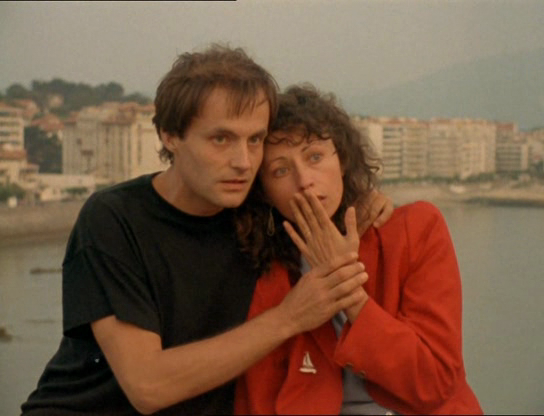 Alternatively titled “Summer” for English audiences, this is Eric Rohmer’s never-ending pursuit and examination of young men and women in love, here with Marie Riviere as Delphine, a lonely woman looking for love with no luck over the course of her summer.

Starting off in Paris and eventually moving with Delphine to the beach, we get a sense of an entire summer. Perhaps the weather, Rohmer’s title cards of dates, and passage of time and space that make the film feel like an entire summer. But it’s Riviere’s portrayal of Delphine’s loneliness and search for a meaningful someone to make her life go in the right direction, that make this summer film truly stand out.

The scenes at the beach with her new sort of Swedish friend, or her encounters with locals, add to the realism of the situation and character, all to Rohmer’s content and style over the years. The film itself feels like traveling alone or wanting to talk to someone you can actually relate to by being yourself. We see Delphine’s encounters and the toll it takes on her until the last reel of the film.

Void of spoilers, the truth that Delphine speaks, the meaning of the green ray, and everything Rohmer has been exploring comes full circle. Sure, its bright sunny beaches in France might be beautiful during the summer, but it’s those moments of isolation where truth prevails as Delphine searches for herself over the course of the summer, much like people always do. 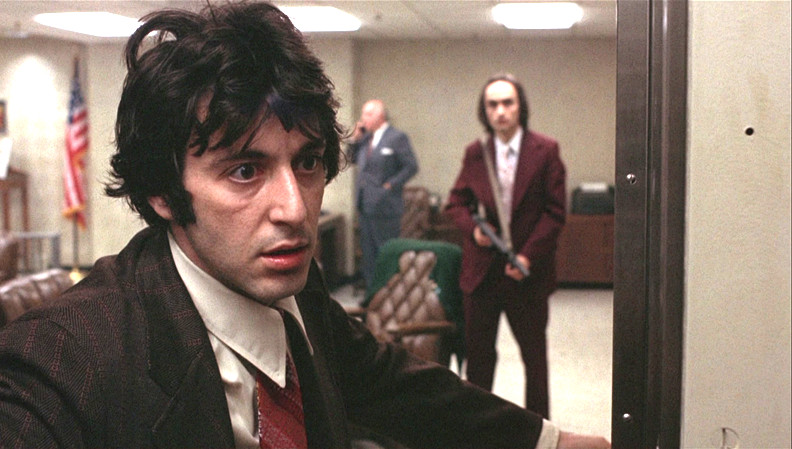 Based on the true story of a failed Brooklyn bank attempt just two years prior in 1973, Sidney Lumet explores Pacino’s Sonny and Cazale’s Sal over the course of that fateful day on August 22.

Almost everything that can go wrong in a bank robbery happens in this quoted film like no other. Why? Because we almost feel like we’re there, whether being a hostage literally sweating it out, or the bystanders getting scorched in the sun. It’s hard to resist not watching this film on those ‘dog days’ of summer. Just experiencing Pacino running around drenched in sweat makes this a great film to watch with no air conditioning or your feeling trapped in your own place.

With Lumet’s direction and Frank Pierson’s screenplay, the film moves at a rapid pace but with moments to allow room for thought, hence the film descending over a span of 12 hours. It’s hard not to imagine what this circus of police, media, Brooklynites, and the other people involved must have been going through.

In the end, it’s a film to enjoy even if your air conditioning is broken and you’re stuck to the couch; it only increases your attention and experience as if you were there that one day in August.

A film that screams the beginning of summer no other. Constantly being screened at theaters all over the United States at the beginning of July and still giving everyone in the audience that tingling feeling from the opening.

We know it as the film that started the blockbuster, or the film that killed the Hollywood New Wave, but we can’t ignore how great a film Steven Spielberg made. Crafting a thriller with Hitchcockian POV shots from the shark, the use of dolly and zoom, and the roving camerawork with stunning mise-en-scene, Spielberg pulled every trick he knew out of the hat for this one. As the film begins and ends, the ocean water of Amity is never far, the beach is always near, and the celebration of summer is at hand.

For example, the joys of the Fourth of July celebrations are only under toned by the threat of another shark attack, but that can’t stop the tourists and islanders from enjoying the beach. Much like the audience from 1975 onward, we feel it too.

The film is designed to be virtually impossible to not to think of shark attacks on your next beach visit, but the film is great to watch on a hot summer day and take a dip in the ocean if you able to do so. Or you might just want to stay as far away as possible. 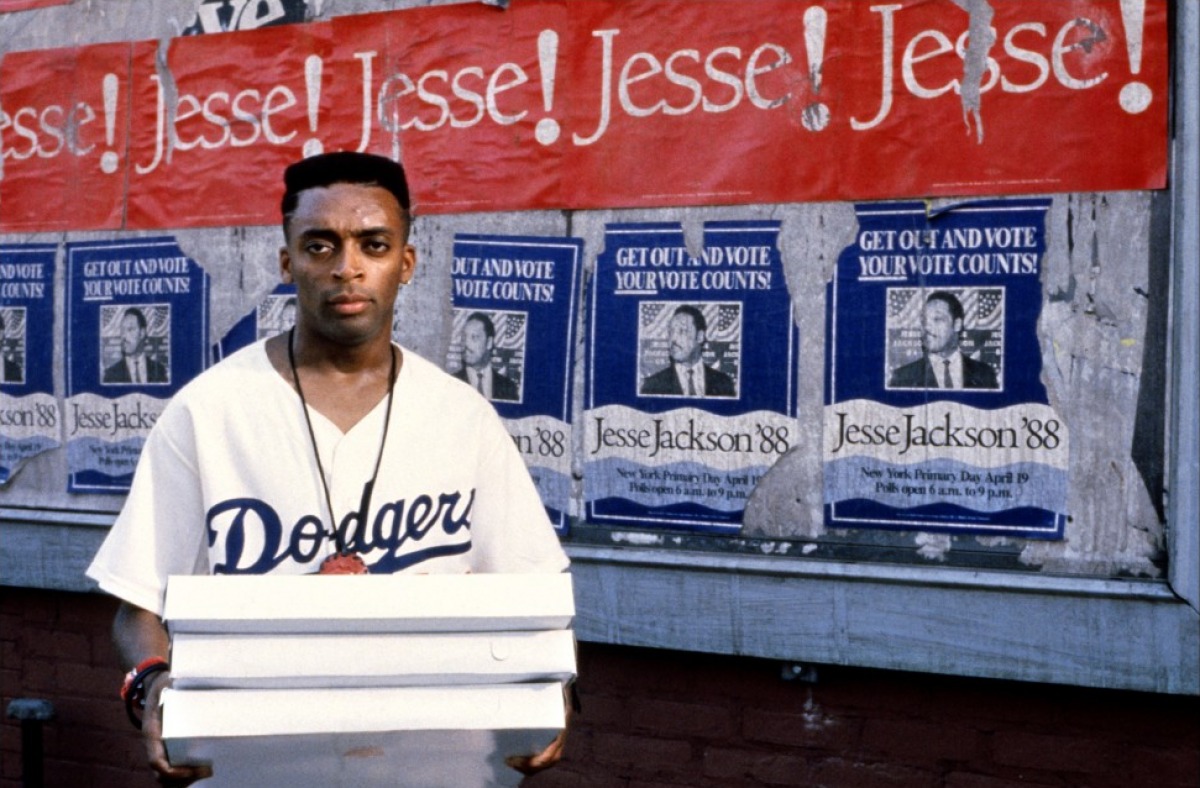 Spike Lee’s masterpiece and staple of American independent cinema, to say the least, follows characters interacting in Brooklyn’s Bedford-Stuyvesant neighborhood that literally boils to a race riot. From the opening credits with “Fight the Power” blasting with the sweaty day ahead, we know this film was made for the summer.

The tank tops, flamboyant colors, shorts, and the sweat on the actors from off-kilter angles, it’s a film for those hot days that are just unbearable. Maybe that’s when you should watch or mostly rewatch this film. The design’s overt red and orange only add to the fuel of this film.

No character goes unaffected by the heat by wanting a cold beer or a slice of pizza on this one summer day. It’s how Lee manages to explore great characters in ordinary situations with a thematic undertone of social divide and racism that leads to a haunting climax. As the film unfolds, with the breaking of the fourth wall, to even a montage of Lee rubbing an ice cube all over Rosie Perez to cool her down, it demands to be seen under hot conditions.

The film is constantly climbing in its status of reverie and classics, but despite its release 30 years ago in 1989, it is still highly relevant, a classic, and a film that needs to be watched on a hot summer day.