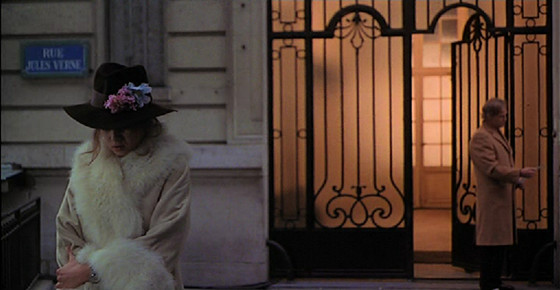 In the film’s most talked about scene, Paul forces himself on top of an unwitting Jeanne, anally raping her on the floor using butter as a lubricant. While the scene is unsettling and disgusting to watch, the nature of its filming has come into question since the film’s debut.

Through several contradicting interviews given throughout the 2000s by both Schneider and Bertolucci, it is unclear whether the scene was in the original script and if Schneider was aware of the nature of the scene prior to filming. Schneider stated that the scene was not and that the entire production made her feel incredibly humiliated and violated, while Bertolucci claimed that the scene itself was in the script but that he added the butter aspect and that he and Brando opted to not tell Schneider in order to get a more realistic reaction out of her.

The scene is considered iconic among the most famous scenes of sex and nudity, but it was also the story of controversy. In a 2006 interview, Stone claimed that the scene was filmed without her knowing the nudity would be fully shown on camera. She was initially wearing white underwear but was told to remove it as it was coming off reflective on camera. She assumed that flashing would simply be alluded to when it was instead shown in full view. Verhoeven, meanwhile, denied this.

Gaspar Noé is known for his controversial and bold filmmaking, usually taking a polarizing look at sex or violence in an avant-garde way. With Irréversible, he details the events of a single day in reverse chronological order.

One of the first scenes of the film depicts two men beating a man to death in a nightclub, when it is revealed that they apparently attacked the wrong man. The audience is posed to question what the cause of this attack was, which is gruesomely revealed in this later scene.

In a 10 minute long-take, Alex (Monica Bellucci) walks home through an underground pedestrian walkway. There, she sees a local pimp beating a prostitute. When he sees Alex, he pursues her, threatening her with a knife. He then pins her to the ground, anally raping her brutally before beating her into a coma.

Most audiences and critics believe this is where the film takes it too far, glorifying rape and violence to such an extent. This being the titular scene of the film and its plot, it was used as a marketing strategy, with Alex beginning her doomed stroll down the pathway as most posters and promotional images. The scene has become more infamous than the film itself, being a trigger warning of sorts to ward off those who may not be able to stomach such horrible imagery.

John Waters is the token “pope of trash,” with his transgressive cult films deemed to shock and stun audiences putting him on the map. The film that introduced him and his iconic star Divine to the world was Pink Flamingos. Banned in several countries, Pink Flamingos has several famous and controversial scenes, but its ending is perhaps the most notorious.

At the end of the film, Divine as Babs Johnson (“the filthiest person alive”) sees a dog defecating on the sidewalk. She proceeds to pick up the feces and eat them, which was not staged or faked for the camera. Waters voiceover then proclaims that Divine is, “not only the filthiest person in the world, but is also the world’s filthiest actress.”

Vincent Gallo wrote, directed, produced, shot, edited, and starred in this gritty independent road movie that is literally only known for two things: the feud it spawned between Gallo and film critic Roger Ebert and this scene.

After the 2003 Cannes Film Festival, Roger Ebert stated that it was the worst film to ever show at the festival. This led Gallo to retort that Ebert is “a fat pig with the physique of a slave trader” and later claimed to put a hex on his colon in the hopes of Ebert getting cancer. They later resolved their issues after Gallo edited down the film before release.

Nonetheless, the film feels like a pretentious vanity project for Gallo, unnecessarily including an unsimulated oral sex scene for the purpose of shock rather than it contributing to the story. They even included stills of the scene in posters and promotional billboards to shock and entice audiences, but just making people forget what the film was about in the first place.