Under the Skin is light on dialogue but heavy on abstract symbolism, the whole film borders on being an abstract montage.

We are not given any context as to why any of it is happens or what any of it really is or means, it just happens and afterwards it’s pretty much all up to your interpretation to figure out what the hell even happened.

That or the power of Google to access other people’s interpretations will undeniably help.

Jacob’s Ladder might be the most infuriating film on this list because it pretty much changes what it’s about every five minutes and none of it will make sense until you get to the ending, and even then you’ll have a bunch of questions.

It’s a film that will keep you confused both during and long after you’ve watched it, yet like Enemy it still makes emotional sense.

At points it almost feels like they filmed a bunch of different short films and just casually threw them together without much rhyme or reason, but then the ending happens and based on whether you were paying attention or not, the whole film will be recontextualized. 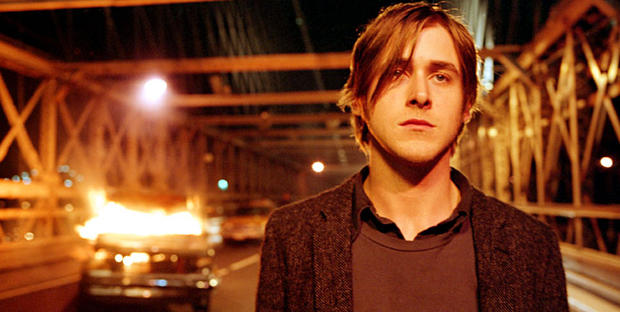 Stay does feel like a modern version of Jacob’s Ladder but somehow even more abstract, weirder, vaguer and infuriating.

This time not only in how it structured its story but also in the filmmaking, because on your first viewing there will be many moments where the camerawork and editing will make no sense to you and you’ll be asking yourself why the hell they chose to film and edit certain scenes the way they did.

Videodrome is the film David Cronenberg was born to make, nobody but him could so perfectly capture the insanity of this story.

The film begins in a relatively normal way and then about 15 minutes in, the film slowly starts to spiral out of control and by the end all logic and reason has been thrown out of the window and you’ll be having a hard time figuring out what even happened.

It’s almost like a waking nightmare, not only because of the grotesque sequences of body horror but also because the inscrutable insanity of the film is something that will get under your skin and have it crawling until you too become part of the New Flesh.

David Lynch is pretty much the king when it comes to mind-blowing films, he has directed 10 feature films (and a shit-ton of other stuff) and only four of them make complete narrative sense (The Elephant Man, Blue Velvet, Wild at Heart and The Straight Story).

The other 6 films are different flavors of “What the hell did I just watch?!!!!”, and frankly each of them could have taken the top spot.

Eraserhead has kept people debating its plot for over 40 years and we are nowhere closer to an answer, Dune is just a complete non-sensical mess, Lost Highway is an insane ride through the Mobius strip, Inland Empire is beyond comprehension and Twin Peaks: Fire Walk with Me is just plain hauntingly surreal.

But today it’s Mulholland Dr. that takes the cake as it might be his most insane and mind-bending film to date that also has an answer that you can figure out.

All of the films on this list are like riddles, if you work hard enough then you will get somewhere eventually, and out of Lynch’s films Mulholland Dr. is his biggest answerable riddle.

You can figure it out, but good luck, you’ll need it as the film will leave your head spinning as you try to keep up with all the insanity.