The debut movie by Lars von Trier is a science fiction neo-noir set in a dystopian Europe; it’s also part of the “Europa trilogy” that also includes “Epidemic” (1987) and “Europa” (1991).

An expatriate detective living in Cairo named Fisher (Michael Elphick) decides to undergo hypnosis, in order to clarify and remember his last case in Europe. During the dreamlike reminiscence of the experience, he describes the investigation of the murder of a young girl who worked as a lottery ticket saleswoman.

In order to find the killer, Fisher uses an investigation method – explained in the book “The Element of Crime,” written by his mentor Osborne (Esmond Knight) – that makes him overlap his mind with the murderer’s mind. By doing so, he tries to retrace his path and find him. During the investigation, he gets in contact with a prostitute named Kim (Me Me Lai).

The movie is shot with sodium light, which creates an impressive sepia tone throughout the entire movie; sometimes this peculiar tone is broken by blue lights in order to create high contrast in the shot. This particular choice of cinematography gives the film a monochrome tone, typical of classic noir.

Moreover, the overwhelming orange defines an oppressive and toxic environment, a common theme of dystopian and post-apocalyptic movies. Two additional elements contribute respectively to the sci-fi and noir nature of the movie: the constant presence of water and night. 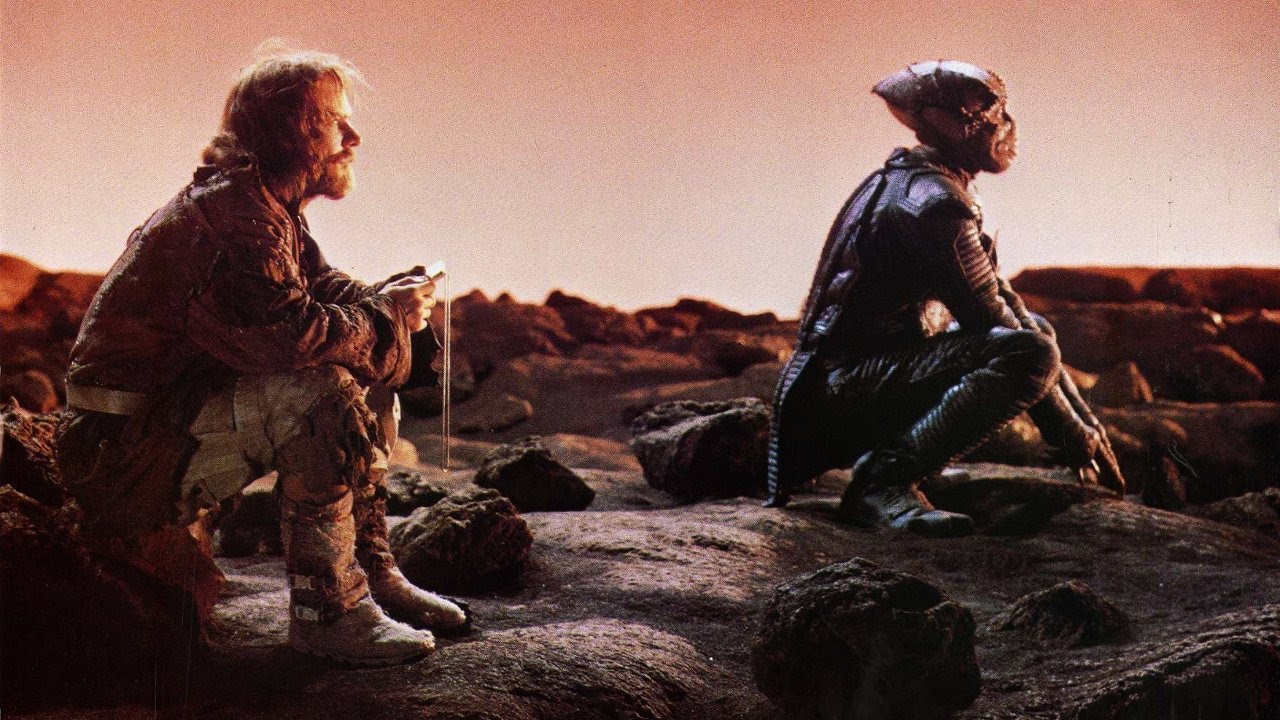 “Enemy Mine” is a science fiction fairytale about the union and the clash between two different species, with their culture and ways of life.In the universe, a war between humans and Dracs – reptilian humanoids – is enraging. During a space battle, soldier Willis E. Davidge (Dennis Quaid) starts a fight with Jeriba Shigan (Louis Gossett, Jr.) and they both crash on the wild planet of Fyrine IV.

After conflicting moments between the two, they must cooperate in order to survive on an hostile planet, inhabited by monstrous creatures and with an adverse climate. This will lead to a great friendship. Being a hermaphrodite, Jeriba gives birth to his child Jammis, and he dies immediately after. After the conception of Jammis, Davidge will have to raise Jeriba’s child as his “uncle.”

Despite its box office failure, this film by Wolfgang Petersen had great potential. The settings are wonderfully made and they succeed in the representation of the wilderness in which the two main characters are forced to survive. The technical ability of the filmmaking team is undoubtedly shown in every single frame, from the great cinematography to the half-synthesized half-classic soundtrack by Maurice Jarre, a frequent collaborator of David Lean.

The main theme of the movie – the ability to accept diversity and live together in harmony – is delivered without any kind of snobbery or false philosophical haughtiness. This movie is a great pop effort that deserves lots of love and appreciation.

Science fiction, horror, cyberpunk, thriller. A mix of different genres for a one-of-a-kind movie. The world has been destroyed by wars and pollution. An ex-soldier named Moses “Hard Mo” Baxter (Dylan McDermott) buys robot parts from a nomad and resells them – except for the head – to a dealer.

Afterward, he gives away the head to his sculptress girlfriend Jill (Stacey Travis). The robot is a military cyborg – code name M.A.R.K. 13 – that will reassemble itself with the spare parts available in Jill’s house, and will unleash all its destructive power.

Director Richard Stanley uses genres to analyze the political consequences of totalitarianism and war. The world portrayed in this movie destroyed itself through violence and pollution and people can’t do anything but survive against all odds; as the biblical quote from Mark 13 (no coincidence) reports, “No flesh shall be spared.”

The toxicity of the environment is effectively conveyed in the desert scene featured in the opening credits, with use of the color orange that is similar to the other film on the list, “The Element of Crime.”

At the same time, the industrial post-apocalyptic habitat is also reflected in the soundtrack, with songs by post-punk band Public Image Ltd. – led by Sex Pistols frontman Johnny Rotten – and industrial metal heroes Ministry. It’s not by chance that two rock icons are featured in small cameos during the movie: Lemmy Kilmister as a water taxi driver, and Iggy Pop as Angry Bob, a radio speaker. 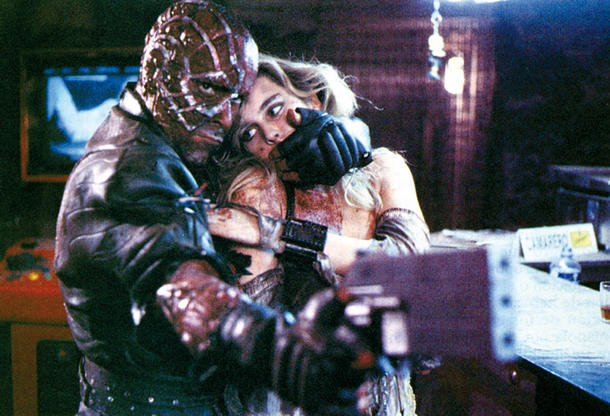 “Acción Mutante” is an anarchist sci-fi extravaganza made by that crazy genius named Álex de la Iglesia and produced by the Almodóvar brothers. A ramshackle terrorist organization formed by disabled people – who identify themselves as mutants – uses violence to fight back against the oppressive society in which they live, which is ruled by beautiful people.

After their leader is released from jail, they decide to kidnap the daughter of a billionaire during her wedding. During the ceremony – after killing most of the guests – they manage to seize the girl and they send a message to her father: if he wants to see his daughter again, he must pay them $100 million.

However, there’s a traitor in the group who wants to kill all the others and get away with the ransom. This movie is funny, over the top, flamboyant, ultra-violent, and raw; it’s a 90-minute high-speed race to destruction and mayhem.

The trademark style of de la Iglesia is prominent, even if it’s his debut film; the mix of genres – black comedy, sci-fi, action, and a hint of horror – makes the film enjoyable, genuine, and unique. Luckily, the director doesn’t control himself and lets everything explode.

There are many memorable scenes that strengthen the power of the movie, from the lunch on the planet Axturiax – that explicitly quotes “The Texas Chainsaw Massacre” (1974) – to the bar showdown finale. From his debut, Àlex de la Iglesia has proved to be the extravagant and honest filmmaker that cinema rightfully deserves.

This neo-noir science fiction movie tells the story of a cutting edge virtual reality system that brings you back to 1937 Los Angeles, thanks to an ingenious and complex device.

When Hannon Fuller (Armin Mueller-Stahl), the inventor of the machine, is murdered, his business partner Douglas Hall (Craig Bierko) is accused of the murder; every clue seems to prove that Hall is the actual murderer. His last chance is to find a message Fuller left him inside the virtual 1937 Los Angeles.

Although the screenplay wasn’t developed enough in its philosophical message, “The Thirteenth Floor” hasn’t lost its grip after 20 years. The fantastic visual effects that recreated the virtual 1930’s Los Angeles held up over the passage of time, and the multiple plot twists keep you concentrated throughout the entire movie. The acting is pretty substantial, and Vincent D’Onofrio never disappoints you.

It’s time to rediscover this sci-fi classic that, unfortunately, came out in the same year as “The Matrix,” the undisputed sci-fi champion of the 1990s.