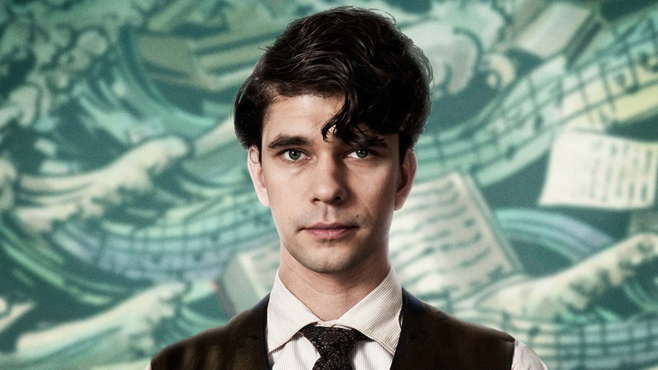 Many films are difficult to understand or require analysis on their themes, intentions, and overall meaning. We are constantly figuring out the director’s point of view or their drive behind making the film. However, some films are just difficult to follow. We can get lost in the narrative, the rhythm or pacing of the film, or simply lose the logic in following the story.

There is a clear distinction between not following the film and not understanding it. In this list, films dive into surrealism, highly original terms, and experimental context that are difficult to follow. Therefore, here are 10 great films in that realm. 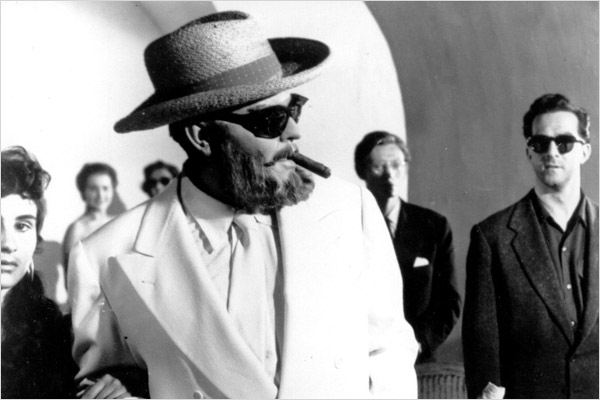 A film that was so notoriously made through several backers and cutters that no one really knows what version Welles himself intended. There’s the European cut, the Corinth version, the retitled Confidential Report, and so on. All of this strongly blended reality and fiction behind the camera and in front as a reporter is hired to discover the past of Gregory Arkadin, played by Welles himself.

The film begins in Wellesian fashion with stark black-and-white imagery with a mood being established that is shrouded in mystery and tragedy.  As the opening sequence ends, we are almost as lost as Arkadin himself as he claims he doesn’t know his past or Robert Arden’s Stratten, who is hired to investigate. From that point on, we dive into flashbacks that may or may not have taken place. Then we jump forward in time to present day – or did we actually go deeper into the past?

With many versions, it’s still difficult to follow what was actually going on. On the contrary, it’s hard to not enjoy Welles having fun with his character and narrative, the Spanish setting, and Dutch angles on Welles’ expanding face.

Each frame is a visual treat and since the sound quality wasn’t the greatest, we rely on that. Therefore, when Welles self-exiled and became a truly independent filmmaker, he had to get inventive to maintain our attention. He did so by constantly throwing us in a loop that we still try to follow from beginning to end. But it’s still an enjoyable puzzle.

It’s not a surprise that second feature from Carruth after his success of “Primer” can be a little hard to follow. So much is happening at once that this film requires several viewings. Yes, the interpretations and meanings behind it are always in discussion, but simply trying to follow Carruth’s vision can be overwhelming.

From the opening scenes to the end, there are an average of 15 cuts per minute, so our mind, eyes, and attention are constantly getting refocused. The sound design, score, and cinematography add to the complexities of the narrative and what is actually going on with the characters.

Carruth doesn’t let the audience rest for a second, but not for us to allow for interpretation or wonder where the story will be going. We get this elliptical information thrown at us and we simply must keep up. Quite a lot occurs in nature, human life, and scale in this 94-minute film. It is essential to watch it several times to figure out what’s going on, and you will still wonder about and discover new things. 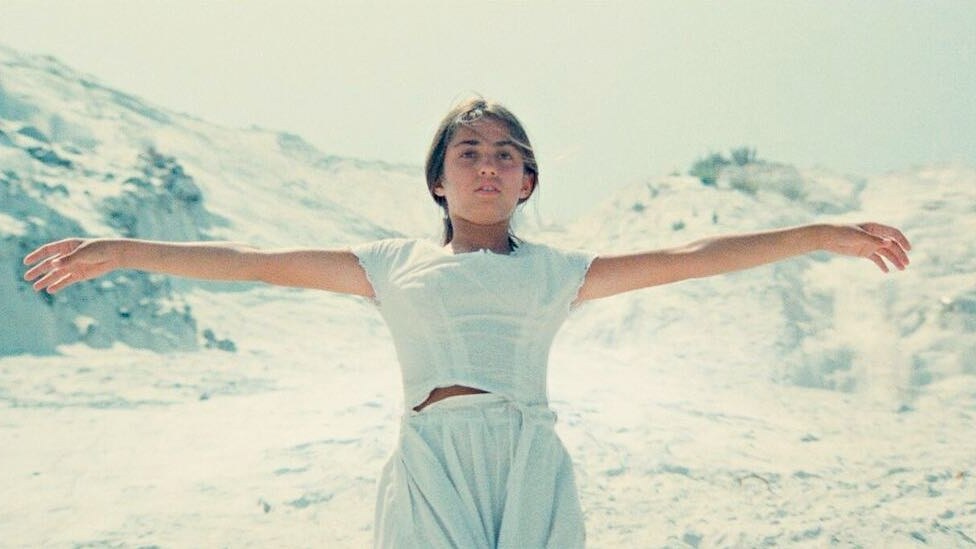 Literally translating into ‘chaos’ from the Taviani brothers but in their subtle, nuanced ways. They know how to capture the chaos and anarchy in a beautiful way that creeps into you long after the credits have rolled.

The film is broken into five independent stories surrounding the coast of Sicily: a mother favoring her two long-gone children over her present one; a wife replacing her missing husband every night; a man fixing an olive oil jar; farmers trying to bury one of their own; and an epilogue.

These five stories play out with minimum dialogue, wide lush cinematography, and a mise-en-scene where nothing goes to waste in the pure Italian landscape and cityscape. The film can be seen as more of a meditation, because we are following many characters and stories thus it is hard to connect the dots.

The Taviana brothers simply drop us into the lives of these people with no explanation. We are forced to determine where they are, where they have been, and where they are going. Why? Because their sense of framing and storytelling doesn’t draw a punch and must demand our attention.

If not, yes, you will enjoy beautiful photography and a classical score, but without knowing the characters’ intentions, what’s the point? Thus, a beautiful film, but it needs to be seen more than once to truly know what’s going on. 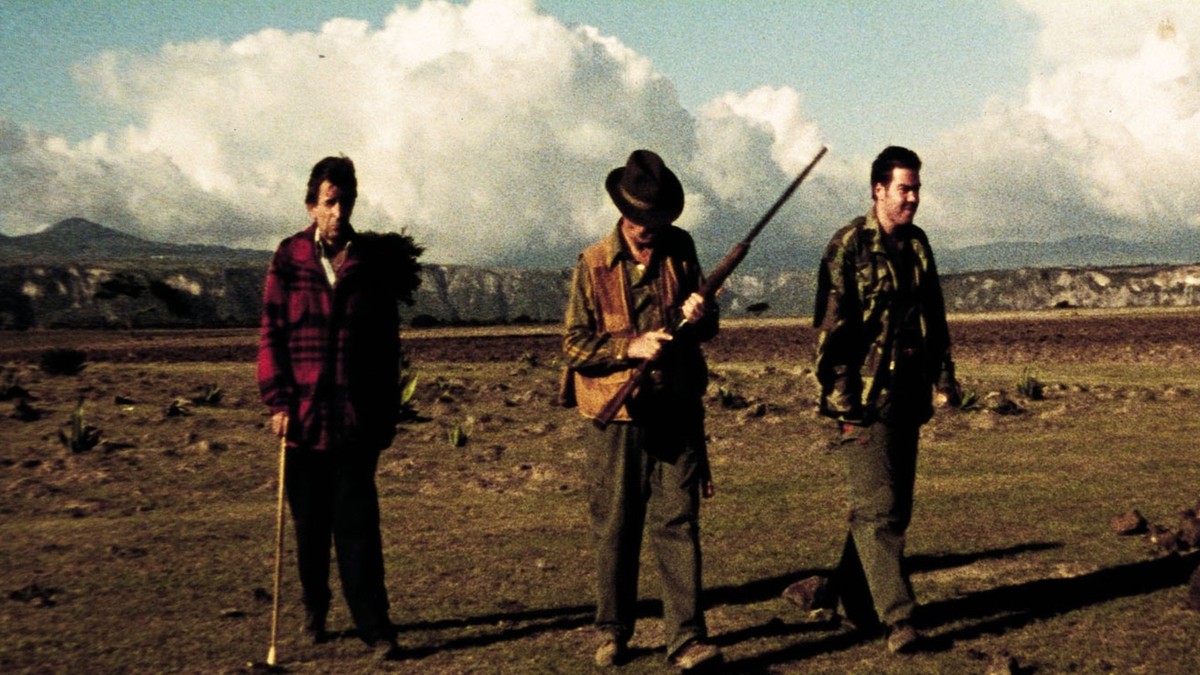 Almost any film from Reygadas could be on this list, but it’s his directorial debut that is the hardest to follow. Maybe it’s because he was forming his craft and attention in how to tell the story of his obsessions through cinema.

A man goes through a crisis and decides to end his own life in the county, away from his city. Once there, he experiences love with an elderly woman. It sounds straightforward, but what plays out is a metaphysical exploration of what is occurring in one’s man consciousness in his final days. Through beautiful 16mm footage with the accompaniment of Bach’s music, we are transported between lyrical poetry and the stark reality of this man.

But when it comes to love, one can get confused. He falls in love with an elderly woman and we receive no explanation amidst the visual poetry. What happened? Where did his thirst for life come from? Reygadas challenges us to follow scenes that shocked audiences with nudity and even animals having sex.

The film was a starting point for Reygadas’ confusing narratives, but it’s “Japon” that demands our attention so we can truly know what occurs before our eyes.

Acting as co-directors with Cammell writing the script and Roeg behind the camera, we get a dual threat, much like James Fox and Mick Jagger in the film. What begins as a straightforward East London low-level criminality with a distinct style soon goes off the rails in the second act of the film. We are thrust into an apartment in a surrealist yet grounded film of transition in 1970.

Jagger is introduced and Fox seems to take a switch in persona. We really don’t know what occurs between the characters, regarding who is pretending to be whom, the menage a trois, and the inner psychosis of the two men. To add to the narrative, the elliptical, almost dreamlike jump cutting of the film with claustrophobic framing builds constant tension and confusion. Eventually the story of Fox in the beginning begins to emerge with Jagger’s character, even with him performing songs from The Rolling Stones.

We must be along for the ride in this film as Roeg discovers his cinematic style, Jagger discovers himself as an actor, the performances of the film discover themselves, and we discover what is actually happening.