“Starfish” is slow sci-fi-drama with elements of horror and the directorial debut of independent filmmaker A.T. White. The film stars Virginia Gardner as Aubrey, a young girl who is coping with the death of her best friend Grace. At the same time, the world is coming to an end after an alien invasion and Aubrey has to save the world with the help of a bunch of mixtapes that Grace left behind which contain clues about how the aliens can be stopped.

The plot of this film sounds ridiculous, but the way it is handled by A.T. White makes “Starfish” much better than it sounds on paper. This is a serious and pretty depressing film that deals with deep themes in a very symbolic way. Similar to 2014’s “The Babadook”, the monsters in this film act as a metaphor for the grief Aubrey feels after the death of her best friend and should not be taken too literal.

“Starfish” also impressed us with its good-looking cinematography, great soundtrack (consisting of obscure indie songs found on Grace’s mixtapes) and an unexpected anime scene that blended surprisingly well with the rest of the movie. The film has its flaws and it shows that it’s a directorial debut, yet director A.T. White seems to have a lot of potential and we are really looking forward to seeing what his next project will be. 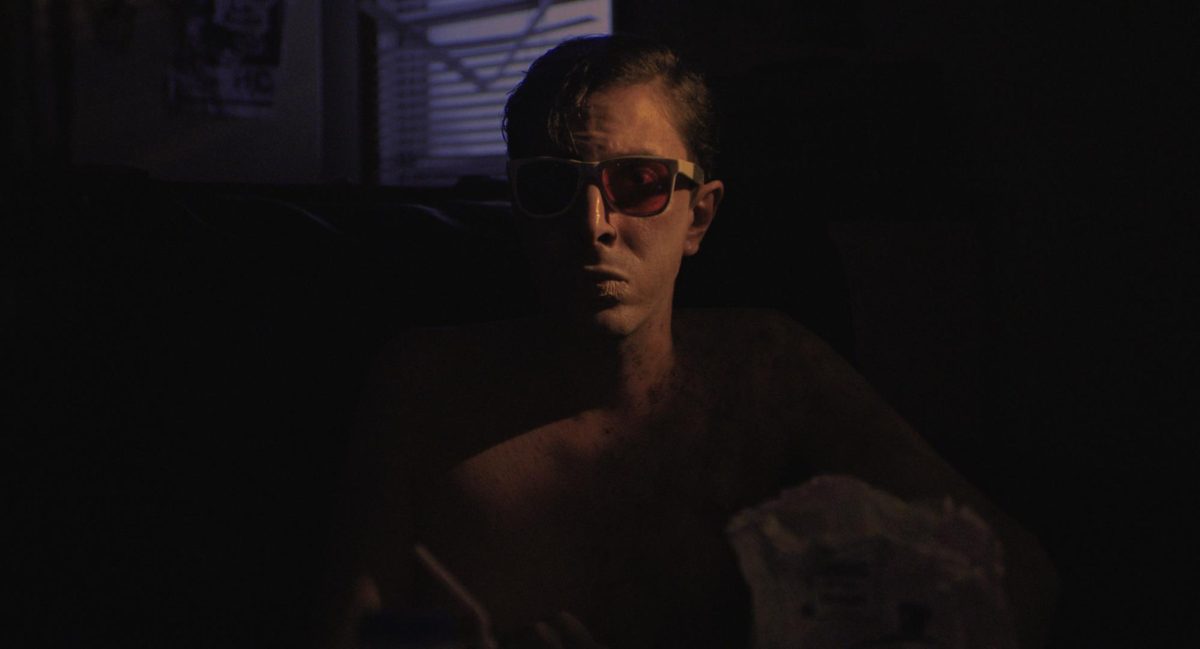 “Relaxer” is a dark comedy about a lonely guy who sits on his couch and plays Pac-Man all-day all-life long.

Directed and written by Joel Potrykus, “Relaxer” takes place in 1999, at the dawn of the new millennium, and stars Joshua Burge as Abbie, a man whose life is a mess.

Abbie’s main occupation is participating in impossible and bizarre challenges. As the film starts, we see him and his brother Cam sitting on a scrawny couch in a dim-lighted room. While Abbie is playing console games on his TV, Cam is feeding him with insane amounts of milk. This is the latest challenge that Abbie is being put through. When a bloated Abbie vomits all the milk, Cam has to give him a new challenge. Abbie has to sit on his couch and play Pac-Man until he beats the unbeatable level 256.

“Relaxer” is a strange film and its character-driven bizarre plot is definitely not for everyone. However, if you are into dark, absurd comedy you will find yourself mesmerized by this little gem and its quirky characters. And even if you don’t like it, one thing is sure: there is no other film like “Relaxer”. 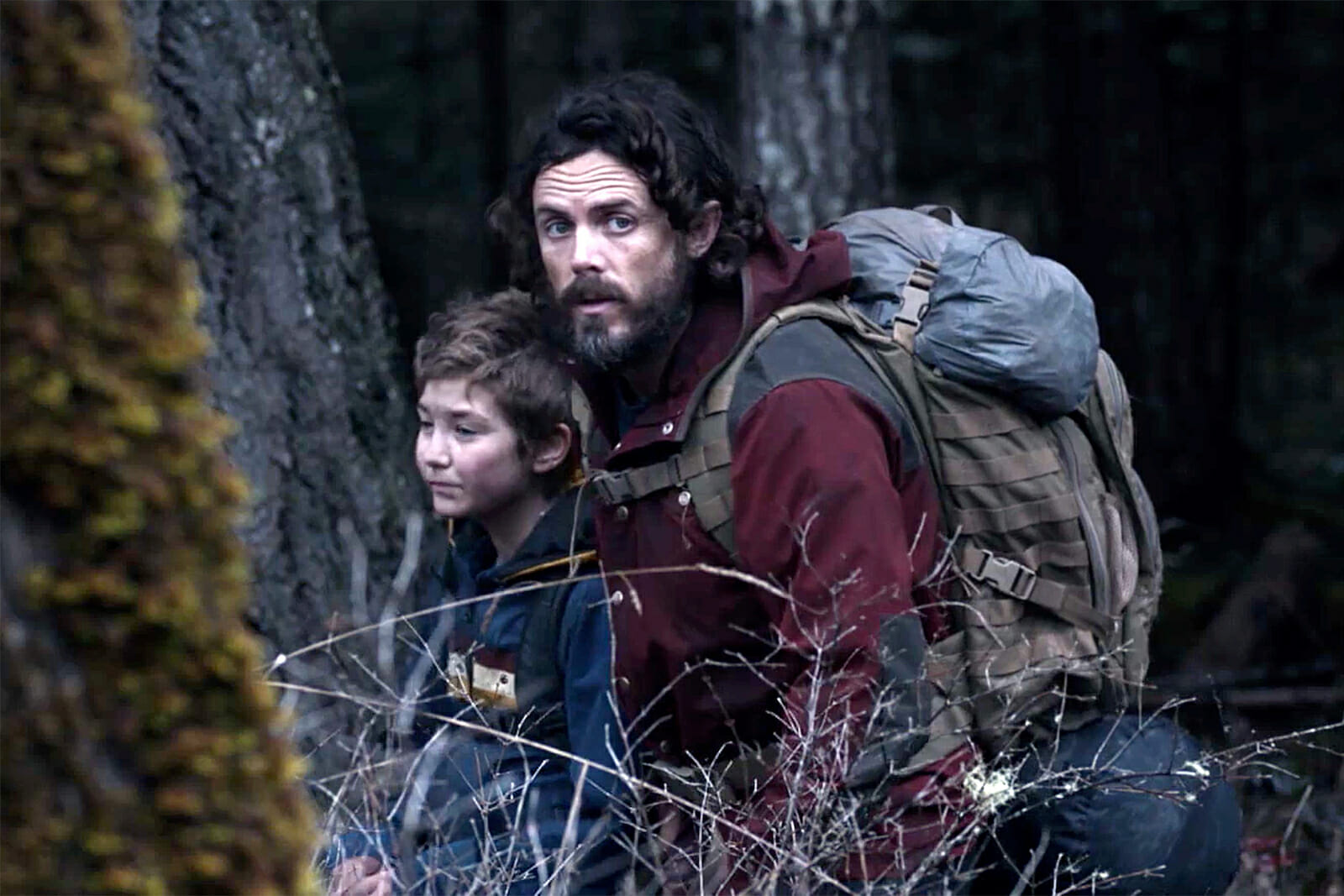 “Light Of My Life” was written and directed by Casey Affleck and stars Affleck as a father who has to keep his daughter safe after the world’s female population is nearly wiped out by a plague.

Reminiscent of “The Road” or last year’s “Leave No Trace”, this post-apocalyptic story is even more grounded than you’d expect from its premise. While it has a few suspenseful moments, the majority of the film focuses on the father-daughter relationship and it has quite a slow pace. However, the great chemistry between Affleck and his on-screen daughter and their fantastically written dialogues convinced us that “Light of My Life” is one of 2019’s underrated gems.

And let’s not forget the film’s beautiful cinematography and the memorable intro scene where Affleck’s character reinvents the Noah’s Ark’s story and turns it into something much more meaningful to the film’s theme. If you are into slow-burn dramas with just a bit of thrill, you should definitely give this a watch.

“The Peanut Butter Falcon” is one of the most touching films we’ve seen this year and a fantastic directorial debut from Tyler Nielson and Mike Schwartz.

The film focuses on Zak (Zack Gottsagen), a 22 year old man with Down syndrome who lives in a care home and dreams of becoming a professional wrestler and attending the wrestling school of his hero, the Salt Water Redneck. One night, Zak runs away from his care home to chase his dreams in a lengthy and life-changing journey.

“The Peanut Butter Falcon” is a funny, lovely and very emotional film with a strong and beautiful message about overcoming odds. The film also benefits of great performances from Dakota Johnson, who plays an employee at the care home, Shia LeBeouf, who gives a career best performance as a thief Zak meets on his journey and, of course, Zack Gottsagen, who absolutely shines with his performance.

1. Long Day’s Journey Into The Night

Director Bi Gan’s previous film “Kaili Blues” was probably the most mesmerizing and thought-provoking film we’ve seen in 2016 and our expectations were high for his follow up.

The good news is that “Long Day’s Journey Into The Night” doesn’t disappoint. Bi Gan’s new film tells the story of a lonely man who returns to his hometown and tries to remind his haunting past and what really happened in his younger years. The film is split into two vastly different parts: the first part acts as a mystery/thriller film mostly made up of a series of flashbacks and flashforwards from the protagonist’s life, while the second part consists of a masterful one hour long dream sequence which was filmed in 3D in just one shot and is like nothing you’ve ever seen before.

Similar to his previous work, Bi Gan’s “Long Day’s Journey Into The Night” is not a simple film but an experience and shows a very different way of making cinema. Reminiscent of Tarkovsky’s films, the movie flows slowly and its convoluted plot doesn’t make sense all the time, but it is nevertheless a hypnotizing piece of cinematographic art. If you have the chance to watch this on a big screen, make sure you do it.