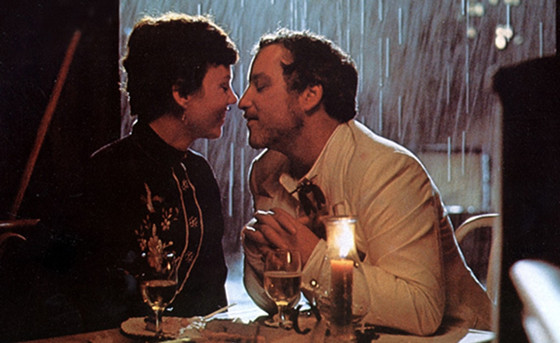 Neil Simon’s The Goodbye Girl, like most Simon plays, is a heart-warming crowd-pleaser. It’s almost impossible not to love this touching story of a down-on-her-luck single-mother, who receives compassion and eventual companionship from a struggling actor, who, unbeknownst to her, has sublet the apartment from her ex-husband. It’s sweet, sad, and uplifting. But, it’s also superficial and contrived. And one thing it most definitely is not, is a great film.

In fact, it has a lot in common with the previous entry on this list. It’s a charming story, told with crisp direction, contains clever characters, played by beloved actors. That doesn’t detract from the fact that it’s also little more than artificial, sentimental drivel. To be fair, it is expertly done. No one does this type of material better than Neil Simon.

There really isn’t much to be said about this picture. It’s very good at doing what it does. It’s a solid romantic melodrama. But, it doesn’t even strive for greatness, therefore doesn’t achieve it. More to the point, it’s far from one of the top five movies of 1977 and completely undeserving of its nomination. Even today, when compared to Close Encounters of the Third Kind, Saturday Night Fever and A Bridge Too Far, The Goodbye Girl doesn’t even come close.

The inclusion of this film in the nominations for Best Picture of 1987 has to be one of the most shocking, if not downright egregious in the history of the ceremony. Made just before the panic of the AIDS epidemic, Fatal Attraction tapped into the biggest fear of the promiscuous eighties white male at the time; an independent woman.

Little more than a sophisticated slasher film with a slight social commentary, the film managed to become a colossal box-office hit. Its financial success is understandable and can be attributed to tapping into the zeitgeist of the time. Still, its inclusion as one of the five best pictures of the year is contemptible. This film’s nomination feels like a stain on the reputation of the Academy. Fatal Attraction is nothing but trash, expertly made as it may be, but trash nonetheless.

There’s absolutely no defense for this film being listed among the likes of The Last Emperor, Hope and Glory, Broadcast News and Moonstruck. Especially considering other options that year were Full Metal Jacket, The Untouchables, Good Morning Vietnam, Empire of the Sun and Wall Street. I want to be clear, Fatal Attraction is a decent thriller, with fine acting and skillful direction. None of which makes it a good movie, let alone a worthy Academy Award nominee. 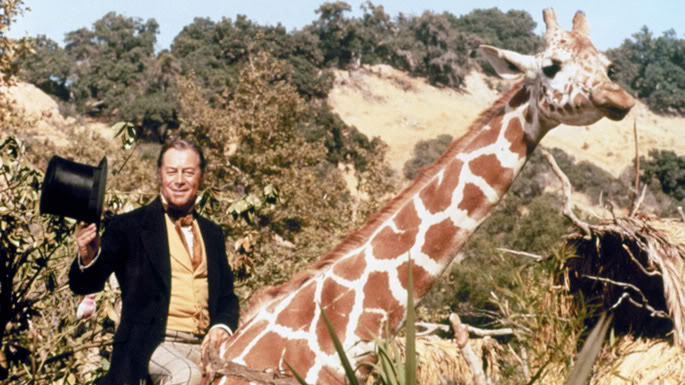 Rating each of these pictures from best to worst, Doctor Dolittle would easily end up on the bottom of that list. But, as far as worst nominations for Best Picture it manages to come in at number three. The reason for that is two fold.

For one, I find that its nomination isn’t nearly as incongruous as the next two pictures. But, also because there really weren’t many films released in 1967 that could be seen as having been overlooked due to this nomination. The only two that really come close are Cool Hand Luke and In Cold Blood. The former was likely considered too frivolous to be nominated, while the latter much too dark. That left Doctor Dolittle as the only safe choice to fill the number five slot.

Still, none of this excuses the fact that this ridiculous musical about an altruistic veterinarian, who can communicate with animals and is on a mission to track down the elusive pink snail, is incredibly boring and excruciatingly overlong. Although based on a series of beloved children’s stories, the film is too pretentious and dull for them to enjoy. Its worst offense, as a, supposedly, lavish musical, is that it doesn’t contain a single memorable song. Incredibly, it still, somehow, won an Academy Award for best song that year, (for Talk to the Animals). 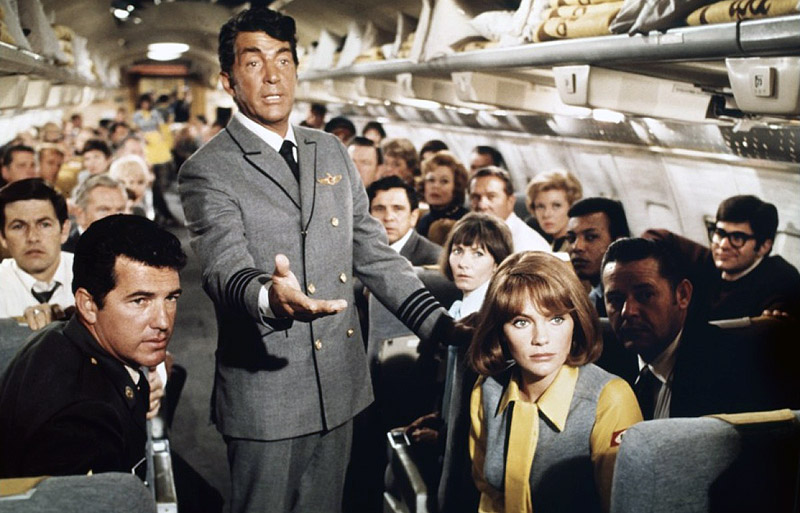 Best known as the mother of all 70’s disaster movies, Airport is actually little more than a glorified soap opera. Over the course of nearly two and a half hours, the film chronicles the professional and personal drama that goes on at a busy major airport during a massive snowstorm.

This has got to be the most idiotic and irrelevant film to ever be nominated for an Academy Award. It’s full of cornball dialog, absurd situations and mindless characters, not one of which can be seen as anything but a caricature. The only supposed excitement involves a passenger with a bomb, but we all know there’s no chance of it going off. Although, by the half-way mark, we desperately wish it would, just to put us out of our misery. It’s hard to believe that along with this nomination, Airport received an additional nine nominations. There’s very little to defend here.

Again, there was arguably little competition for Best Picture that year, but also few that were worse than this one. How this nonsense received a nomination over the likes of Mike Nichols’ Catch-22, David Lean’s Ryan’s Daughter and Arthur Miller’s Little Big Man is baffling to me. Had the Razzies been around back then, you can guarantee this would’ve cleaned up at their awards that year. 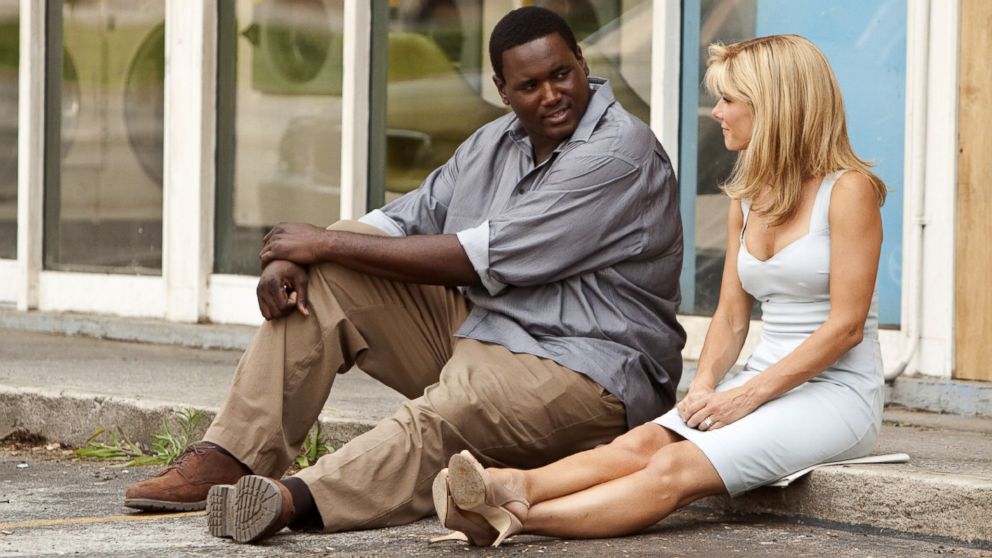 Once again, we have another case of cheap, emotional melodrama mistaken for art. This time, of course, we have the added element of social relevance, which is practically catnip for the conscientious members of Hollywood. (For another, more extreme, example, see 2005’s nomination and selection of Crash for Best Picture.) But, there’s a little bit more to the nomination of this overrated docudrama.

2009 was the first year for what has become the new protocol for nominations. Instead of being narrowed down to just five, the Academy of Motion Pictures Arts and Science, in order to be more inclusive (and boost ratings) decided to allow how ever many movies received the majority of votes to be nominated.

Therefore, there were nine pictures nominated, the first time since 1943 the number was higher than five. This was done as a reaction to 2008’s brilliant The Dark Knight not receiving a nomination for Best Picture. So, in order to include more crowd-pleasing pictures, they opened up the eligibility. Had that not been the case, The Blind Side, most likely would never have been nominated in the first place. Its inclusion on this list is mostly a product of happenstance.

However, that doesn’t negate the fact that this glorified Lifetime movie about an affluent white family, who adopts a black teenager and must overcome the racial prejudices that arise, doesn’t deserve the honor of a nomination.

Movies much more worthy of its spot include, A Single Man, Crazy Heart, and The Messenger. Even as an example of a more mainstream film, there were better representatives, such as The Hangover, Star Trek and 500 Days of Summer. In a year that was meant to see a change in the way the Academy Awards selects movies, The Blind Side’s nomination shows they’ve still got a long way to go.