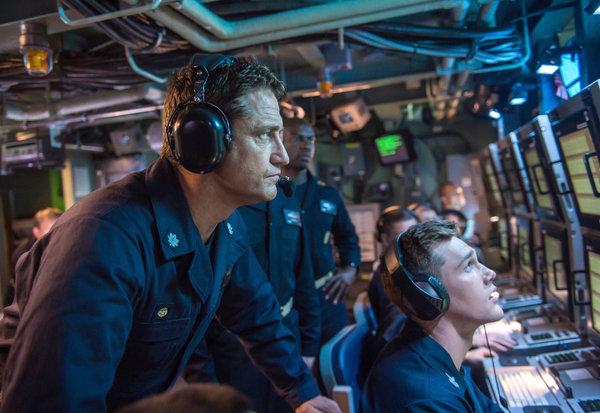 Deep in the Arctic ocean, U.S submarine Captain Joe Glass is searching for a submarine that has sent out a distress signal, when he stumbles across a secret Russian coup that threatens to destroy the world order. Assembling a group of Navy Seals, Captain Glass and his team set out to rescue a kidnapped Russian President.

It is becoming somewhat of a tradition that any Gerard Butler film is now approached with some trepidation, and unfortunately in the case of Hunter Killer this trepidation is more than warranted. Butler plays U.S submarine Captain Joe Glass and the first thing that the audience should know is that Glass is a maverick, oh yes he is. He even punched his CO once, according to one gossiping seaman.

Except it soon becomes clear that Glass is not really like the fearsome reputation that the film has us first believe. So that whole sequence is a bit of a waste of time. But that is only the beginnings of what makes Hunter Killer one of the worst films of the year.

The characters are all generic stereotypes and even veteran actors like Gary Oldman are reduced to shouting the uninspiring dialogue. The plot is stupidly implausible and the film’s running time feels at least twice as long as it actually is – this film is a slog to get through. 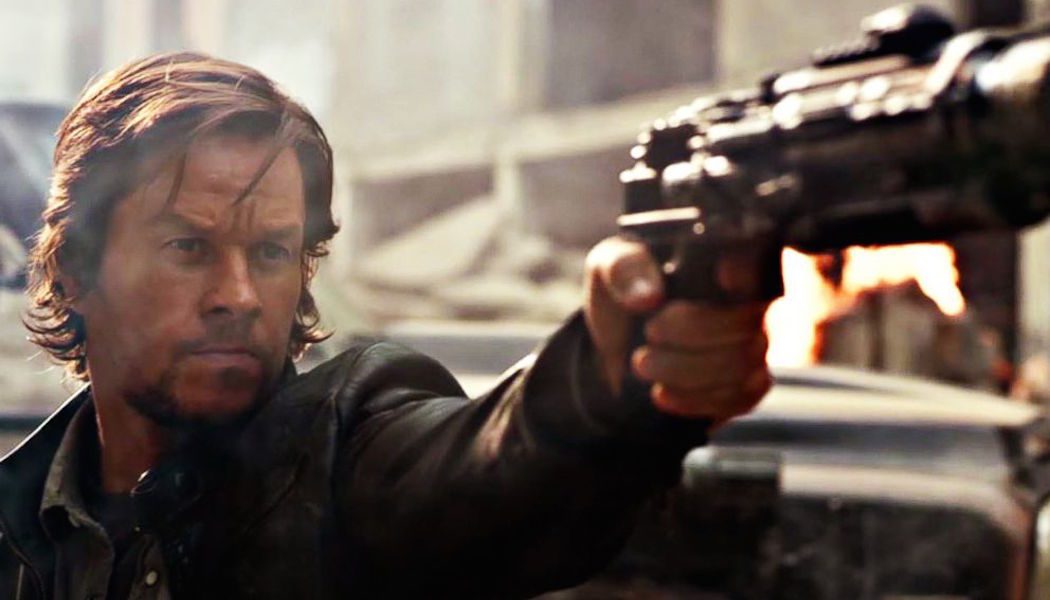 Charged with transporting a foreign intelligence asset the twenty-two miles from an American embassy in southeast Asia to an airfield for extraction, CIA operative James Silva and his team find themselves in a deadly race against time.

Mark Wahlberg is no stranger to a collaboration with director Peter Berg, but whilst their other joint ventures have had varying degrees of success – Mile 22 may be one project too far. Mark Wahlberg plays James Silva, a thoroughly charmless and unlikeable character who suffers from aggression issues and barks at his colleagues throughout the film.

This might be bearable if the rest of the film was any good, but what starts off as a promising action thriller soon descends into a generic, mindless and violent film which primarily seems to serve as a vanity vehicle for Wahlberg.

Aside from that, even if you have decided that you are on board with somewhat pointless and been done better before story – the camera work is shaky and the editing is slapdash. Mile 22 is supposed to be a high octane, edge of seat thriller, giving the impression that twenty-two miles has never seemed like a greater distance. Well, the film does get that part right – just not quite in the way that it hopes. 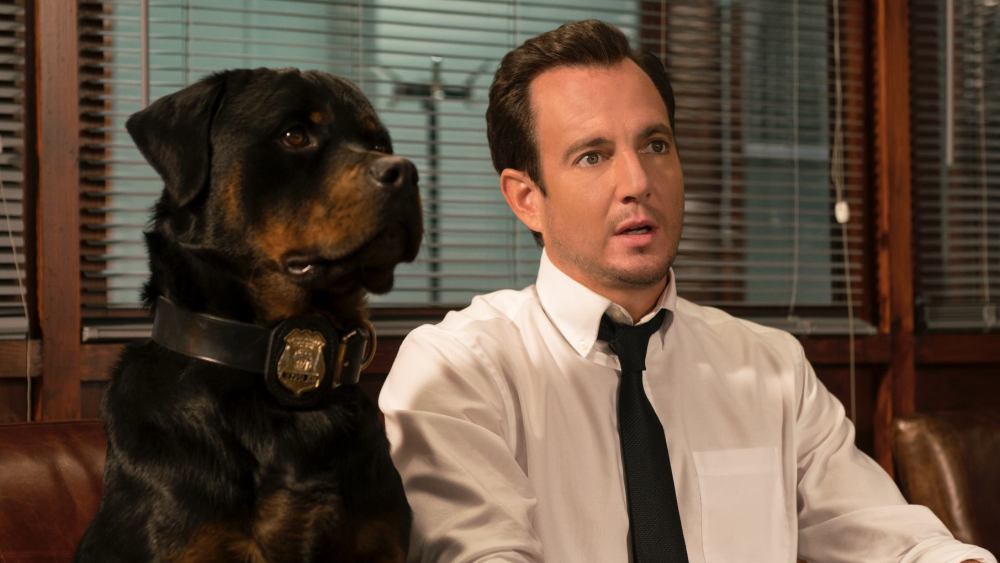 Police dog Max is at the top of his game until a failed attempt to rescue a baby panda sees him forced to team up with human FBI agent Frank. Though both are unhappy with their new partner, a tip leads Max and Frank to the world’s most exclusive dog show in Las Vegas where they hope to find the baby panda and foil a kidnapping conspiracy.

If we are all honest, we quite like the idea of a talking dog movie. After all, what could be better than seeing man’s best friend brought to life? Especially as a wise cracking police dog. However, Show Dogs turned out to be the talking dog film that no one needed or wanted.

The film was a moderate box office success, earning $39 million against its $5.5 million budget but it received largely negative reviews with both critics and audiences lambasting it. The main problems with the film are its lame attempts at humour which fail on every try.

The characters, the writing and the story are all subpar, which made for a poor cinematic experience. Perhaps the filmmakers’ intention was to purely aim this at young children but even they may struggle with this film. 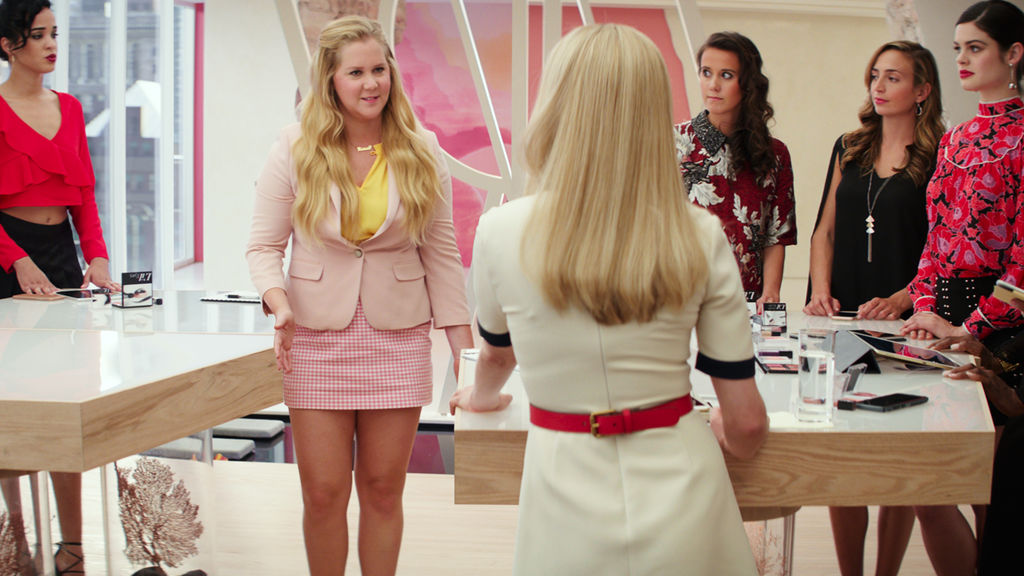 Renee Barratt struggles daily with feelings of insecurity and low self-esteem. These feelings change dramatically one day after Renee awakes from a fall suddenly believing that she is the most beautiful and capable woman on the planet.

Amy Schumer’s comedy film showed so much promise when its trailer first debuted – could this be the body positive, inspiring film that we had all been waiting for? Unfortunately, the answer was no. I Feel Pretty may have made over $94 million at the box office but it received a mixed reception from critics and audiences.

I Feel Pretty suffers from a myriad of issues – it is not particularly funny; the writing is not that great etc. But the film’s biggest issue is its entire premise and how that premise is executed. Firstly, the film sorts people into ridiculous categories.

We have everyone who is a size two and below living amazing lives but are shown as not necessarily very nice or very bright. And then there is everyone else. Renee and her friends are ‘unattractive’ because they are not below a certain size and thus they are invisible to the opposite sex and are ‘losers.’

And to hammer this home, the film sees Renee and her friends set up dating profiles only to have a literal buzzer go off to illustrate that no one is interested in them. Sales Assistants cannot hide their disgust at how gross and fat Renee is and babies cry in her presence. Oh, and let’s not forget that Renee must work in a basement – she is too ugly to be allowed to work in the daylight. And that is just the first act of the film.

Then Renee suffers a head injury and her self-esteem and self-belief goes through the roof. And everyone is supposed to sneer at how funny it is that Renee thinks that she is worthy now – isn’t it funny the writers ask the audience, isn’t it funny how this plus size woman is strutting around with confidence.

And don’t forget the head injury – isn’t that funny too? And so the message of the film is completely lost and in its strange attempt to empower the ‘average’ woman, it does the opposite and fails on all levels.

Young John Gotti was raised on the streets of New York before rising to become head of the Gambino crime family. Gotti follows Gotti’s tumultuous life over three decades as he and his wife attempt to keep the family together through hard times, tragedy and multiple jail terms.

It would not be unfair to call mafia drama Gotti criminally awful. In fact, Gotti is so bad that it has the distinction of being one of the few films currently rated as 0% on Rotten Tomatoes. From the mumbled dialogue to the badly lit scenes, from the flip-flopping timeline to the series of bad wigs – Gotti has no redeemable qualities. At all. And the less said about the Pitbull soundtrack, the better.

Gotti was panned by critics and audiences alike. It also bombed at the box office, earning only $4.3 million against its $10 million budget. Gotti received such a battering in the press that the film studio behind the film were suspected of tampering with audience ratings and reviews in order to raise the film’s ratings.