Diabolique is a French horror classic that received international attention thanks to favorable comparisons to Alfred Hitchcock films. It has even been rumored that Hitchcock tried to procure the rights to the book on which the film is based, but Diabolique’s director Henri-Georges Clouzot beat him to it by only a few hours.

The 1955 film revolves around the disappearance of a body. A boarding school headmaster is killed when his beleaguered wife, and ill-treated teacher and former mistress, conspire together and drown him in a bath. They dispose of the body in the school pool, but, over the course of several days, the body does not float to the top as the conspirators planned. Perplexed, they have the pool drained, but there’s no body to be found. What ensues is a search for the misplaced body, and the circumstances of its disappearance, down roads neither the women, nor the viewers, expected to travel.

Diabolique provided the format that many successful psychological horror/thrillers have followed. It influenced an entire generation of filmmakers—including Hitchcock himself, who had the film in mind when making Psycho—and influenced cinematic horror as a whole. It’s a deserving film, and we’re glad IMDb users rated it so high. 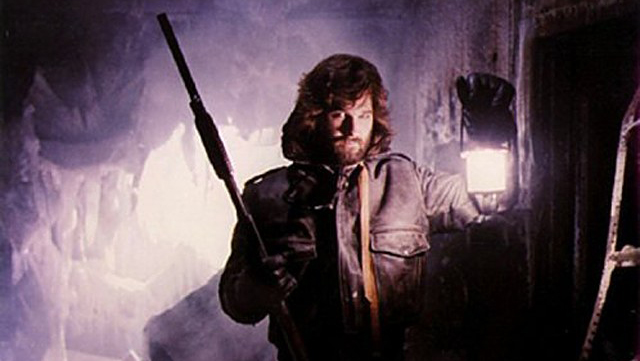 Much has been said of The Thing’s physical effects, which are unparalleled, but it takes more than fake blood and guts to make the fourth-best horror movie in history.

The Thing is about an extraterrestrial being that becomes the perfect reproduction of whatever lifeform it absorbs. Frozen in the Antarctic ice and accidentally released by a Norwegian research team, the organism takes the form of a malamute and flees to an American research base, where it is received warmly and included with the other sled dogs. It’s not revealed till later what happened at the Norwegian base, but this would have been valuable information for the Americans, as what happened to the Norwegians begins happening to them.

Starting with the dogs, the thing consumes and imitates the employees on the base, and the crew is driven crazy. They can’t be sure whether what they are fighting is the thing that looks like their friend or the thing that’s actually their friend. The intensity is stifling as monster and relation becomes seriously muddled.

The Thing seemed to hit all the rights notes for a horror movie. It has a proven science fiction story, a perfect setting, enough action to keep people’s attention but also enough suspense and mystery to keep them on guard, and one of the most unique and terrifying monsters ever conceived. Though the story’s not original—and neither is the film—under John Carpenter’s control, 1982’s The Thing became the archetype of good horror. 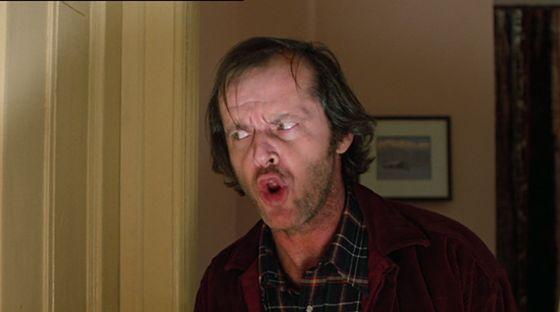 Though garnering mixed reviews upon release (even being nominated for two Razzies), The Shining has since become possibly the most favorited horror film in existence.

This reappraisal was mainly due to director Stanley Kubrick’s style. He was comparable to Terrence Malick in that his films are not just narratives but grand symbolic treatises which the plot supports but does not control. You just have to watch the Room 237 documentary to see the myriad meanings cinephiles have drawn from the symbols in the film. It took years for critics to uncover Kubrick’s nuances and connect the conceptual dots to form a clearer picture. When they did, they gave The Shining its long-deserved due.

Based on the Stephen King novel, The Shining became Kubrick’s own when he discarded the literary meaning King intended for the visual meaning that film can produce. Though the characters and plot stayed generally the same—haunted hotel, alcoholic writer, spooky ghosts, cabin fever—Kubrick replaced King’s subtext with his own, and the rest is history.

Despite being 37 years old, The Shining has the most ratings of any horror movie on IMDb. The fact that the overwhelming majority of votes are positive means that even millennials have embraced the film. It’s the OG mindfuck movie for many an impressionable teen, and there’s no evidence that this trend is waning.

A list like this wouldn’t be complete without Hitchcock, so we’re glad IMDb users had the wherewithal to vote Psycho so high, since it’s considered by many as the horror movie that validated the genre.

Norman Bates is the manager of a roadside motel in a desolate strip of California. He lives in a house behind the motel with this overbearing mother, Norma. When a young woman, Marion, hides in the hotel after stealing money from her boss, Norman becomes smitten and wants to date her, but his mother won’t allow it. Threatened by the intrusion of this additional female figure, Norma(n) stabs Marion in the shower.

A week later, her disappearance draws Marion’s sister, boyfriend, and an investigator to the motel, which they don’t know is harboring a psychopathic killer. Like The Cabinet of Dr. Caligari, there’s a twist, and this one is legendary.

Psycho received universal acclaim, was nominated for several Academy Awards, and, most importantly, cemented horror as a legitimate medium for artistic expression.

Psycho and the next entry vacillate between one and two on IMDB’s top horror films, so, if you’re upset with its placement, visit IMDb in a week and you may see it has shifted.

“In space, no one can hear you scream” is the often repeated tagline attached to this masterpiece of horror. It’s the perfect summation of a simple cat-and-mouse caper made ingenious through the use of a monstrous, penis-shaped cat in the darkness of space.

The Ridley Scott-directed Alien sees seven crewmembers of a commercial spaceship stalked and predated by the most iconic extraterrestrial in film history. The alien boards the ship when docked on a planet that sent a distress signal, and is discovered when it bursts out of the chest of the executive officer in one of the most shocking scenes in film history. Really, do we have to describe anymore? Alien is not just one of the greatest horror films, most influential sci-fi films, and greatest thrillers in history, it’s one of the greatest films in cinema by any metric you wish to invoke.

The Alien mythos runs far deeper than the plot would have you understand. For many fans, it’s the symbolism that is most intriguing, and sexuality is the clear allegory. The differences between male and female biology and culture are all at play in this film that ravages our unconscious just as powerfully as it does our consciousness. Alien would make Freud proud.