The Big Winners of 1975:
Oscar for Best Picture- One Flew Over the Cuckoo’s Nest; Palme d’Or- Chronicle of the Years of Fire (directed by Mohammed Lakhdar-Hamina); Golden Bear- Adoption (directed by Márta Mészáros)

1975 was one of the most prolific years in terms of classics. This year was a high point in many directors’ careers, most notably Steven Spielberg (Jaws), Theo Angelopoulos (The Travelling Players), Rainer Werner Fassbinder (Fox and His Friends), Akira Kurosawa (Dersu Uzala), and Miloš Forman (One Flew Over the Cuckoo’s Nest). It was also the year that Chantal Akerman, one of the cinema’s greatest female directors, made her feminist masterpiece Jeanne Dielman, 23 Quai du Commerce, 1080 Bruxelles.

Other noteworthy films from 1975 include Grey Gardens (directed by Albert Maysles, David Maysles, Ellen Hovde, and Muffie Meyer), The Mirror (directed by Andrei Tarkovsky), Monty Python and the Holy Grail (directed by Terry Gilliam and Terry Jones), Nashville (directed by Robert Altman), The Passenger (directed by Michelangelo Antonioni), and Salò, or the 120 Days of Sodom (directed by Pier Paolo Pasolini). 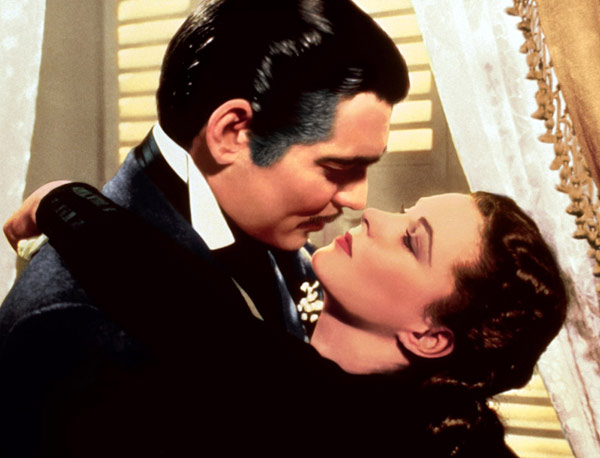 The Big Winners of 1939:
Oscar for Best Picture- Gone with the Wind; Palme d’Or- Union Pacific (directed by Cecil B. Demille)

1939 was the greatest year for Hollywood. So many classics were released within the calendar year and the set of ten films nominated for Best Picture is the strongest in Oscar history. Superb directors John Ford (Stagecoach) and Ernst Lubitsch (Ninotchka) released their best films in 1939.

Other directors like Howard Hawks (Only Angels Have Wings), George Cukor (The Women), and William Wyler (Wuthering Heights) made films that rank among the very best of their prolific careers. On the international stage, there may not have been a host of excellent pictures made, but there were a few knock-out films. The Rules of the Game is one the absolute best films from genius filmmaker Jean Renoir. The same praise can be given to both The Story of the Last Chrysanthemums and Le Jour Se Lève and their directors Kenji Mizoguchi and Marcel Carné, respectively.

1974 was a year rife with classic films. In Hollywood, one of the greatest neo-noirs (Chinatown) was made, Francis Ford Coppola was responsible for not one but two of the year’s best and most decorated films (The Conversation and The Godfather Part II), and master comedy actor/director/writer Mel Brooks was at the top of his game, with Blazing Saddles serving as one of his two classic comedies to come from 1974.

The year saw the release of Ousmane Sembene’s Xala, the greatest film to come from the African continent. It was also an important time for West German cinema, with its big three, Werner Herzog (The Enigma of Kaspar Hauser), Rainer Werner Fassbinder (Ali: Fear Eats the Soul), and Wim Wenders (Alice in the Cities), making top notch films.

1962 was the greatest year in cinema, benefitting from various events in film. Modern Hollywood had begun to take its shape and, despite Lawrence of Arabia’s dominance at the Oscars, the 35th Academy Awards featured one of the most powerful collection of films in Oscar history. All across Europe, many countries were still enjoying a boom in the quality and popularity of their films, including France, Italy, and the United Kingdom.

1962 was the year that Luis Buñuel (The Exterminating Angel), David Lean (Lawrence of Arabia), Robert Mulligan (To Kill a Mockingbird), and John Frankenheimer (The Manchurian Candidate) all released their best films. 1962 also saw the debut feature-length films from acclaimed and talented directors Andrei Tarkovsky (Ivan’s Childhood) and Roman Polanski (Knife in the Water).

Other successful directors, including John Ford (The Man Who Shot Liberty Valance), Jean-Pierre Melville (Le Doulos), Ingmar Bergman (Through a Glass Darkly), and Howard Hawks (Hatari!), were still at the top of their game and continuing to improve upon their impressive stature as some of film’s finest directors.