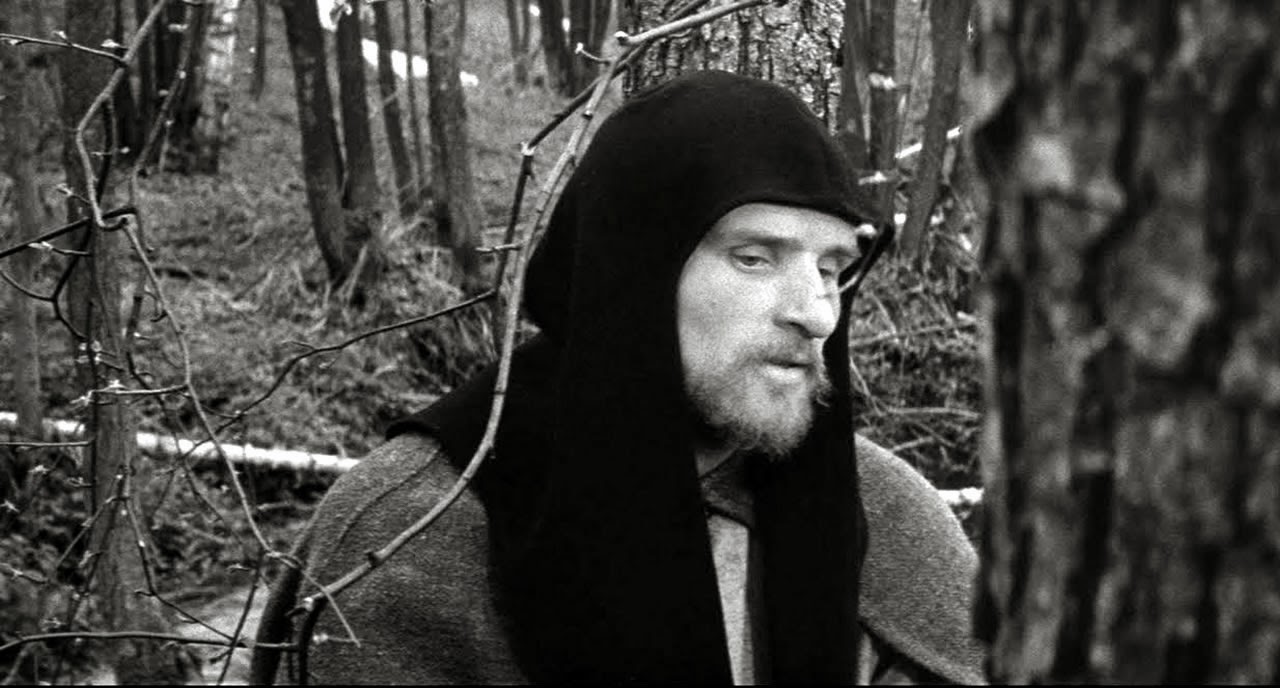 This Soviet actor is best known for being the “favorite” of legendary Andrei Tarkovsky. It is hard to separate the career of Anatoliy Solonitsyn from the career of Tarkovsky, since his greatest roles were the ones he played in the films of the groundbreaking Russian director. But Solonitsyn worked in many other Russian films, and he even won the Silver Bear in Berlin for his role in Twenty Six Days from the Life of Dostoyevsky” and film that was not directed by Tarkovsky.

In Tarkovsky’s films, he played the lead role in “Andrei Rublev” (1966), Dr. Sartorius in “Solaris” (1972), the physician in “The Mirror” (1975) and the writer in “Stalker” (1979). He was also known for other Soviet films, but it was in the long shots of Tarkovsky that his sensibility and ability to control his body could be seen. He died young at the age of 47 in 1982, not being able to play the lead roles in the last films of Tarkovsky.

The actual president of his alma mater, the Actors Studio, has had one of the most prolific careers in the history of cinema. Spanning 50 years, his career is full of great roles, awards and collaborations. He has won Golden Globes, an Oscar for Best Actor, and several other awards. His career as a whole has been recognized by American Film Institute. Apart from working in theater, he also been awarded for his career in theater with two Tony Awards.

Pacino has worked with some of the greatest Hollywood directors, such as Brian De Palma in “Scarface” (1983), Francis Ford Coppola in the Godfather Trilogy, and Martin Brest in “Scent of a Woman” (1992), the film for which he received his Oscar. He has played many different roles in some of the most iconic films in American cinema, thus becoming a fundamental figure in it.

British actor Daniel Day-Lewis is without doubt one the brightest actors of this generation. Known for being a method actor, Day-Lewis has won the Oscar for Best Actor three times and has been nominated twice more. Day-Lewis is one of the most selective actors in the actual industry since he has appeared in only seven films since 1997’s “The Boxer.” Famous for an intense and deep immersion in characters, his health has been frequently compromised.

He won his first Oscar in 1990 for his role as Christy Brown in “My Left Foot,” directed by Jim Sheridan. He was considered again in 1994 for his role in Jim Sheridan’s “In the Name of the Father,” and nominated for playing Bill ‘The Butcher’ in Martin Scorsese’s “Gangs of New York” (2002). He won again in 2008 for his work with Paul Thomas Anderson in “There Will Be Blood” and again in 2013 for portraying Lincoln in Steven Spielberg’s film.

The twice-winner of Cannes for Best Actor, Marcello Mastroianni was born in Italy, where he started his career. He worked in theater for 10 years until he started getting chosen by Italia’s finest directors. He first worked with Luchino Visconti in 1957 playing Mario Le Notti Bianche (based on Dostoyevsky’s novel). Then, with Antonioni and Fellini, in 1960 he played Marcello Rubini in “La Dolce Vita” and in 1961 he played Giovanni Pontano in “La Notte.” In 1963, Fellini picked him to play his alter ego Guido Anselmi in the legendary “8 ½.”

These four roles were enough to put Mastroianni in the history of film, but he continued to work. He became a star of Italian cinema and continued working with Antonioni and Visconti. Age did not was an obstacle for him, as he collaborated with the great Theo Angelopoulos in “The Beekeeper” and “The Suspended Step of the Stork.” Angelopoulos once said that one could see the marks of time in Mastroianni’s face.

When one thinks about the legendary Actors Studio, the first name that one thinks of is Marlon Brando. He started as a theater actor playing Stanley Kowalski from “A Streetcar Named Desire,” but he was discovered by Hollywood. He started in 1950 with “The Men” but it was with Elia Kazan (one of the founders of the Actors Studio) that he found one of his first great collaborators. From that moment, Brando played only the greatest roles in the greatest scripts with the finest filmmakers.

During his youth he played Julius Caesar and Emiliano Zapata, turning himself into the archetype of a Hollywood star. He won the Oscar for Best Actor with “On the Waterfront” (1954) by Kazan. Even though he apparently lived a tormented life, he reached the peak of his career in the 1970s working with Francis Ford Coppola in “The Godfather” (1972) and “Apocalypse Now” (1979), and with Bernardo Bertolucci in “Last Tango in Paris” (1972). He won the Oscar for Best Actor again for his role in “The Godfather” and even though he was problematic, he gave an outstanding performance as Colonel Kurtz in “Apocalypse Now.”