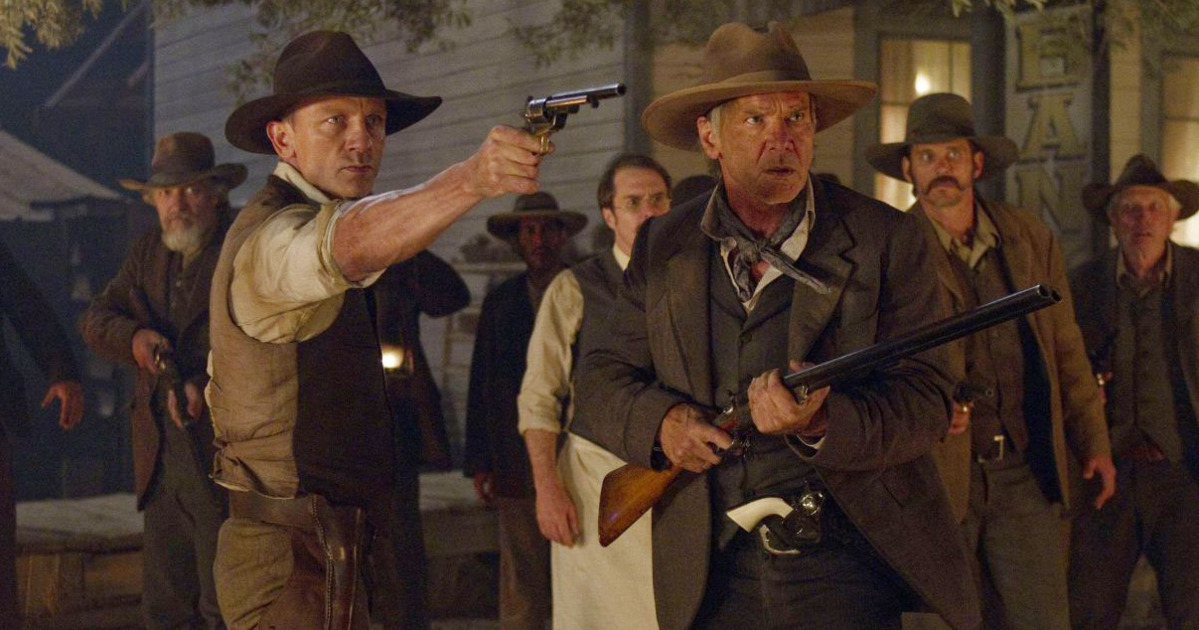 Don’t worry about Jon Favreau. The man behind Iron Man, The Jungle Book, and Elf probably isn’t too concerned that his goofy sci-fi western didn’t kill it at the box office. This is one misstep in an otherwise wildly successful career.

However, it still deserves a spot on this list because there’s no denying its status as a box office disaster. Not counting P&A, Cowboys & Aliens made $175 million worldwide on a $163 million budget. With prints and advertising, some say that the estimated loss is over $80 million. Keeping in mind that Favreau was at the top of his game at this point, what went wrong?

Let’s be real, original properties have become riskier and riskier for studios. Last year, there wasn’t a single movie in the box office top 10 that came from an original screenplay. This has been pretty standard for about a decade now. Basically, original big-budget movies need to be well-advertised and well-reviewed in order to make the big bucks. Cowboys & Aliens was neither.

The movie was advertised as a relatively serious sci-fi movie, which simply doesn’t work considering the ridiculous premise. Critics noted this as well in the final product when they took issue with the fact that the movie wasn’t as fun as it should’ve been. Word eventually spread and the movie landed with a thud.

Yes, even the man behind Indiana Jones, Jurassic Park, ET, and Jaws can make mistakes. Steven Spielberg, one of the most well-known living directors, took a break from blockbusters to try his hand at Oscar bait.

Then he continued to make these types of movies for about a decade. It was only recently that he decided it was time to throw in the big bucks and make popcorn entertainment again. Unfortunately, his initial return to blockbuster movie-making ended underperforming at the box office.

While The BFG earned solid reviews, it ended up losing the producers quite a bit of money. Some folks even say the projected loss was somewhere near $100 million. Given Spielberg’s popularity, it’s unfortunate to see that people weren’t drawn to this adaptation of Roald Dahl’s popular book.

That being said, there are several reasons why it may have tanked. The lack of star power, the holiday release, and the age of Roald Dahl’s novel may have contributed to the box office numbers. It’s a shame considering the fact that the movie was highly watchable family entertainment, but it’s not completely baffling. 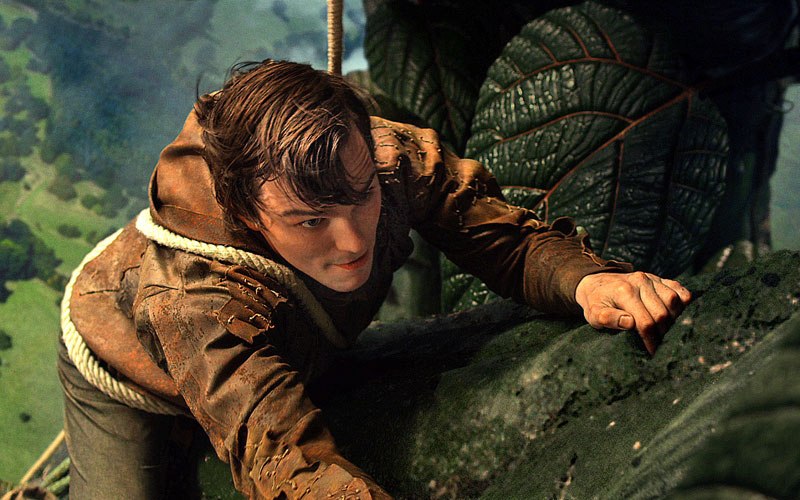 While the #MeToo movement may be Bryan Singer’s biggest career destroyer now, there was a time when an overly expensive fairy tale adaptation was the biggest embarrassment in Singer’s career. Singer’s take on the popular British story failed to impress pretty much everyone.

Critics found it to be lukewarm and viewers were equally unimpressed. Word spread and people chose to avoid the film. Then again, there were plenty of other reasons the movie failed to draw people’s attention.

Nicholas Hoult is not a bankable star. He wasn’t back then and he isn’t now. Is he talented? Absolutely, but he hasn’t made it to the point where he can draw in an audience. His only leading role in a movie prior to the release of this film was in Warm Bodies, which targeted a smaller young adult audience.

There’s also the simple fact that people aren’t all that interested in fairy tale adaptations. Think back to Hansel & Gretel: Witch Hunters, Red Riding Hood, and Mirror Mirror. Those movies weren’t exactly box office smash hits, were they? With that in mind, is it really surprising that the movie may have lost over $100 million? 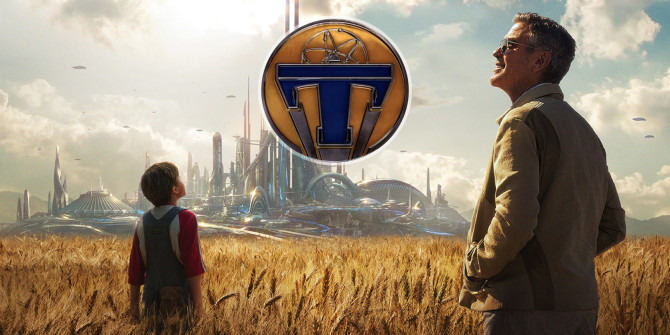 Brad Bird isn’t as legendary as some of the other directors on this list, but his critical accomplishments are still hard to deny. Prior to the release of Tomorrowland, Bird hadn’t directed a single movie with a Rotten Tomatoes score below 90%.

More importantly, his movies were almost all commercial successes as well. While The Iron Giant wasn’t a box office hit by any means, its eventual status as a cult classic meant that it eventually got the recognition it deserved. The same can’t be said about Tomorrowland, which was a generic sci-fi movie which rightfully underperformed.

Estimates for this movie are all over the place, but some folks say it may have costed the studio up to $140 million. Domestically, it earned an atrocious $33 million opening weekend. Considering its $190 million budget, it was safe to assume that it wouldn’t bounce back in America.

Oftentimes overseas ticket sales can save a movie, but that wasn’t the case here either. With competition from Mad Max: Fury Road and Avengers: Age of Ultron, Tomorrowland was doomed around the globe. This is especially painful considering it was one of several original sci-fi films that bombed at the box office in 2015. It’s no wonder studios play it safe and produce sequels, remakes, and adaptations instead. 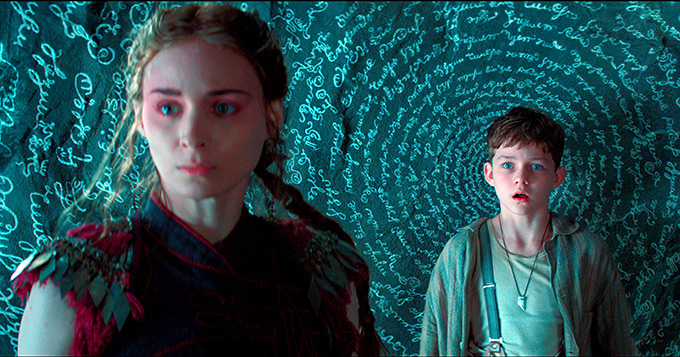 Joe Wright isn’t exactly the first person that comes to mind when one thinks of blockbuster movies, but there’s no denying his pedigree as a director. His movies have picked up numerous award nominations and they consistently do well with the arthouse crowd.

That is to say, they do well with the arthouse crowd when they’re not given a hefty budget and a mediocre script. Both critically and commercially, Wright’s first foray into big budget territory was an unmitigated disaster. The 27% Rotten Tomatoes score probably stings, but the estimated $150 million loss likely stings worse.

Now more than ever, word-of-mouth can kill a movie box office. This is especially true since the internet has made it easy for people to see the negative reactions hurled toward a movie. That can be seen as a large contributing factor to financial disasters like this one, but there are plenty of people who don’t pay attention to these types of reactions, so what gives? Unfortunately, it wasn’t just overall quality that drove people away from Pan.

Rooney Mara’s casting as Tiger Lily was met with controversy and the marketing team couldn’t decide whether this was a children’s movie or not. It appeared to be a darker take on the source material, but the PG-rating suggested this could pass as a family film. These factors all likely contributed to the lack of interest in Wright’s movie.

Wright bounced back with the critically successful Darkest Hour, but the studio still had to deal with the massive loss. Pan is undoubtedly Wright’s worst movie, which probably means he won’t be taking a crack at big-budget material anytime soon. At least he (probably) learned his lesson.