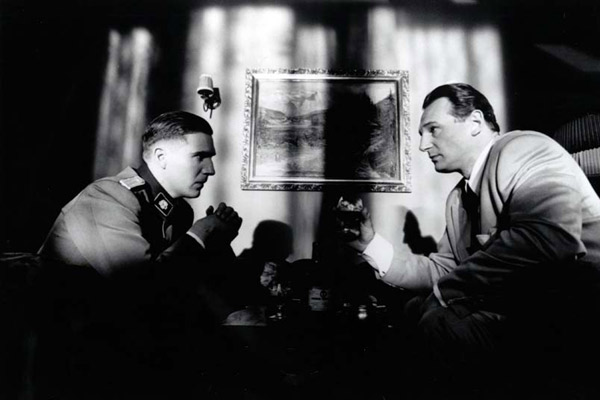 Steven Spielberg’s Holocaust drama made stars out of its then relatively unknown cast, particularly Liam Neeson and Ralph Fiennes. “Schindler’s List” looks at the Holocaust from the German perspective, where some people like Neeson’s Oskar Schindler are appalled by the atrocities, and some people like Fiennes’ Amon Göth thrive on committing them.

Neeson brings Schindler’s many complexities and contradictions to life in what stands as some of the actor’s finest work. Schindler is by no means a saint. He’s a ruthless businessman looking to expand his horizons out of the Jewish people’s dire fate in Poland. This makes his change of heart all the more fascinating to watch. He uses his talents of opportunism to save lives by employing them in his factories while diversifying his relationship and standing in the Nazi party.

Fiennes plays a different type of complex character as the evil commander that Schindler befriends. He’s charming but undoubtedly a psychopath. He’s good at his job and at terrorizing those under him. Fiennes’ eyes are so cold and calculating with hints of playfulness that you can’t look away from. His unpredictability and presence sends a chill up your spine whenever he’s onscreen. He’s the stuff of nightmares. He’s a man given the opportunity to act out his worst fantasies and it’s hard to imagine anyone else playing the role.

Arriving at a time when the age-old tradition and saying of “married people stay together” or “stay together for the kids” was changing, “Kramer vs. Kramer” struck a chord with couples and parents everywhere.

It flipped gender troupes on its head as the mother and housewife is the one who walks out on her husband and child instead of the usual deadbeat dad. If you’re unmarried and childless, these sorts of movies can make you roll your eyes with disinterest, but not here and not with performances like this.

Dustin Hoffman plays the workaholic husband who has to face responsibility and learn to be a single parent when his wife, played by Meryl Streep, is out the door. The beginning of the film has some cliché scenes where we watch Ted take care and try to reconnect with his son. It’s nothing new, but Hoffman’s performance is what sells it. We watch and grow with his character as he goes from just a father to a parent. Just watch the scene where he runs to the hospital and faces the worst fears any parent could have.

Streep, on the other hand, takes what was initially an unlikable character and makes her more sympathetic. Someone who walks out on their family is never going to win any hearts, yet the writing and Streep do a bit of that. When she comes back into the picture, we see the mother in her. The courtroom scenes are where the real drama comes in, giving both actors a chance to do some stellar work.

Much has been said on the conflict on set between Streep and Hoffman’s method acting. They were given free rein to rewrite their dialogue and improvise scenes, which gave their acting a natural feel. Although Streep isn’t in the picture as much as Hoffman, both actors are evenly matched performance wise.

“The Deer Hunter” is packed with so many amazing actors doing amazing work that it’s hard to single out just one or two performances. But for our money, Robert De Niro and Christopher Walken stick out, no matter how slight. It’s a 70’s classic that follows three Russian-American steelworkers whose lives are forever changed after they fight in Vietnam.

It’s a war drama of epic proportions that ushered in a rawer, more psychological and violent war film. An emotionally draining journey led by De Niro, who’s no stranger to fully immersing himself in his characters. He’s the burdened hero who holds the film together throughout its three-hour runtime. He is our main point of view in what at times feels like a thankless role. Numerous scenes contain some of the actor’s best work and most emotionally heavy scenes.

Christopher Walken perhaps has the hardest role and he pulls it off with style and grace. Rightfully earning an Academy Award for his work, Walken was the standout performance, which is no easy feat considering who his co-stars are. He plays the film’s most tragic character and his work, particularly in some hospital and the hostage scenes, is the stuff of legend, mixing toughness and vulnerability in what’s the film’s most heartbreaking and touching performance. 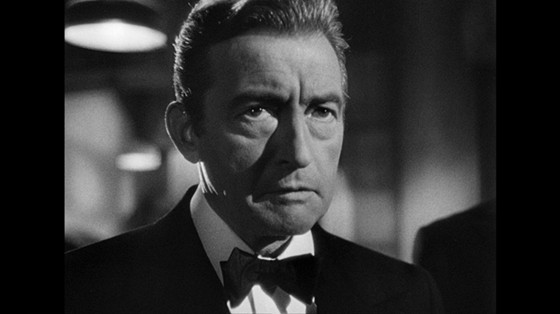 Alfred Hitchcock’s spy noir is a classic film that requires multiple views to truly appreciate. It plays on audience expectations by setting up the promise of certain thrills and delivering them in different and unexpected ways. The always brilliant Ingrid Bergman plays Alicia Huberman, the daughter of a convicted Nazi spy. In comes the dashing Cary Grant as T. R. Devlin to recruit her for a government mission. And her target is an old friend of her father’s, Alexander Sebastian, played by the impeccable Claude Rains.

“Notorious” isn’t as simple as it seems. Its suspense and tensions come from the psychology of its characters and their relationships and not necessarily from its plot. Cary Grant plays a bastard who’s also charming and hard to hate. He brings intensity to his role as a man of duty and honor who becomes conflicted when love comes into the equation. He can’t look past the job or people’s flaws, although he has some himself. It’s hard to completely figure him out and you can sense Grant having a good time playing his character and cards close to the chest.

Rains brings a lot of heart and human qualities to his villain. He’s just as respectable as Devlin, although he plays for the wrong side. While he does some terrible things, you can’t help but connect to him in some way. He’s completely sympathetic and charming and mirrors Grant as a gentleman of sorts. There’s a lot of backstabbing and betrayals going on, but it’s mostly Sebastian you fear and feel for. That’s all thanks to Rains’ performance, which was rightly rewarded with an Oscar nomination.

There are performances that, no matter how good they are, you can see the actor acting. Then there are performances, like the ones here, that feel so natural and real that you can’t tell where the fabrication starts and ends. Ryan Gosling and the criminally underrated Michelle Williams give heartfelt performances as a couple in ruin.

“Blue Valentine” seems like a film whose only calling card is watching a couple’s younger and happier days versus their older and bitter present. And it would’ve been just that if it wasn’t for the two actors and Derek Cianfrance’s smart direction.

Gosling gives us his most charming and repulsive sides as Dean, a house painter whose carefree spirit in his younger days woos Williams’ Cindy, only to frustrate her in years later. His lack of motivation mixed with his drinking, short temper, and destructive insecurities poisons his marriage. While “Blue Valentine” is far from a feel-good film, watching a drunken Gosling embarrass Williams at work is a devastating scene that can be hard to watch.

Williams plays the submissive wife who feels trapped in a marriage and life that she never saw coming. She effortlessly switches from the younger Cindy who laughs with joy and dances gracefully at Gosling playing the ukulele. Then when the sorrow comes she gives the same authenticity to the resentment, bitterness, and tiredness. Her subtlety and master class of acting will touch your heart, your nerve and whatever else.

People age and people change, but they also stay the same to a certain extent, and both actors bring those factors successfully in the film. They’re ordinary people who don’t come from a life of privilege, which makes their downfall all the more heartbreaking. This is love, this is marriage, this is life.