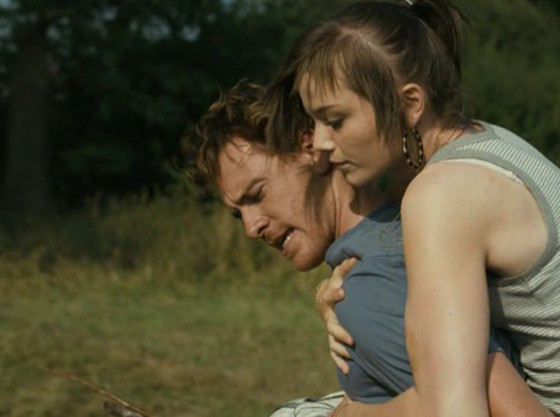 Coming of age story primarily focused on Katie Jarvis’ character of a super rebellious teen raised by an uninterested disgruntled mother. Her wayward ambitions are ignored and disrespected by everyone in Jarvis’ life, expect her mother’s boyfriend (played by Fassbender) who’s intrigued by the youth.

Fassbender is the only character in Fish Tank who has the patience for Jarvis, realizing that she is a maturing teen. His rugged charm is on full display here, yet on the flip side of the coin, when a grievous error is made, the narrative takes a surprising turn.

Although Fassbender is not the lead character in Fish Tank, he remains the driving force of the narrative, which again, as one of his earlier films before becoming Hollywood super-star status, it’s obviously a film that casting directors would notice the charisma he could convey on screen.

Prometheus is a more polished film with a slickness that the sequel replaces with fog, darkness, and a rustic gloom. Fassbender’s performance in Prometheus is a hard act to follow, so by the time of Alien: Covenant, he (David) ultimately becomes the central figure of the story, although not appearing until the halfway point.

For the sequel, Fassbender/David has developed the story into a man vs. machine conflict, slaughtering life for the sake of his experimentations. Additionally, playing duo characters validates Fassbender’s incredible acting range. By 2017 and an established movie-star, Fassbender is still pushing the limits of what he can accomplish. 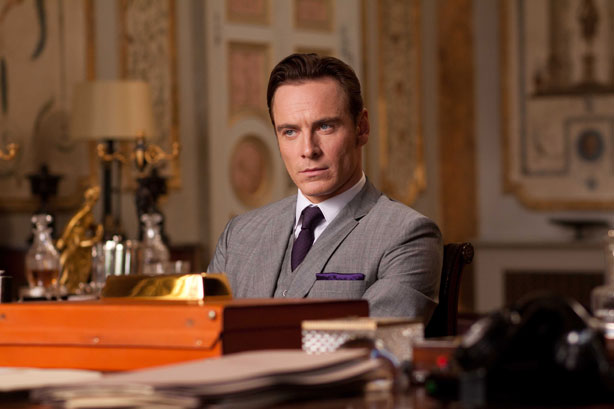 Fassbender’s third comic book film (following 300 and Jonah Hex), and the character he would become best known for. X-Men: First Class sets Fassbender in the European theatre again, pseudo-World War II genre as he was seen in previously with Inglourious Basterds and Blood Creek.

Additionally, prior to 2011, we’ve seen Fassbender work with directors such as Zack Snyder, Quentin Tarantino, and Steve McQueen; with Matthew Vaughn in a predetermined blockbuster, Fassbender seems fully prepared for this role to match the conviction that Ian McKellen brought to the role in the previous films.

Magnito/Erik Lehnsherr was a villain that Fox Studios were easily able to popularize, yet more than any of the other characters, specifically with First Class, the complexity of the character was something that an actor had to emotionally convey on screen, and Fassbender’s display of range becomes embedded in the character’s dynamic. 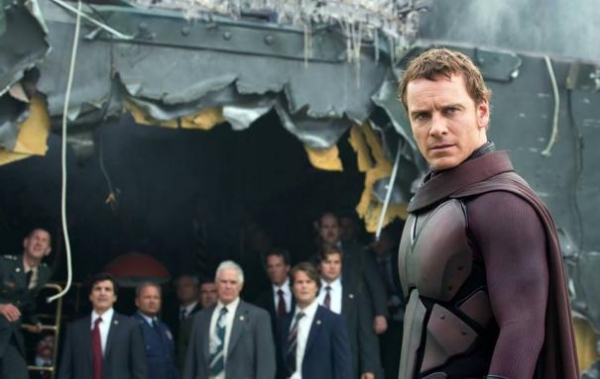 The rewarding second installment of the prequel X-Men trilogy ties in the 2000s films right away, and has a complicated, yet very interesting story. The main focus of the film is Mystique, as the film is riding off the Jennifer Lawrence phenomenon, primarily in credit to The Hunger Games (2012, Gary Ross) and Silver Linings Playbook (2012, David O. Russell) which turned her into box-office gold.

Fassbender’s Magnito gets a worthy re-entry via the J.F.K. assassination plot point, yet his best qualities are saved for a spectacular finale. The emotional seeds buried in First Class beautifully harvest in the sequel. 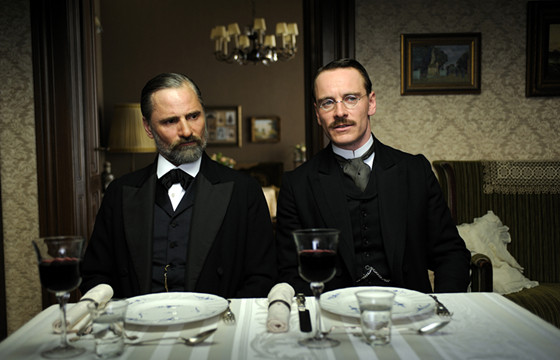 Eden Lake and Jonah Hex are examples of subpar movies where Fassbender’s screen presence and energy stands out. A Dangerous Method is the reverse, in that it’s a good movie where Fassbender in the leading role remains overshadowed by his co-stars. The audience fascination will remain on Viggo Mortensen as Sigmund Freud, as well as Keira Knightley’s and Vincent Cassel’s wildly eccentric sexual prowls – yet Fassbender remains restricted.

At the center of a complicated doctor/patient/colleague relationships – Fassbender remains the helpless figure trying to make sense of them with the psychology of the 1900s & 1910s. Although the film maybe too highfalutin for audience unfamiliar with the history of psychology and the historical figures portrayed, yet as of 2011, A Dangerous Method was easily one of the superior films Fassbender was featured in.

5. The Light Between Oceans (2016,Derek Cianfrance) 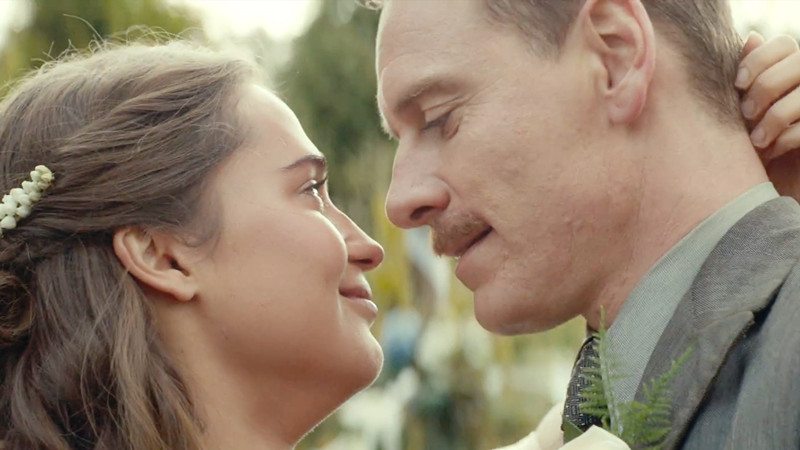 An emotionally brutal film that entraps the characters into a moral bind. As the story unfolds, the audience will debate parenthood, fairness, and justice through a conundrum of relationships.

Fassbender remains totally in control via his restrictiveness: the brilliance is that his PTSD is not “Hollywood-ized”. Fassbender is seen a quiet shell shock that carries him through the film until the ending.

The android “David 8” will be remembered as one of Fassbender’s best roles. Although the film is another predisposed blockbuster, Fassbender is not filling the shoes of Ian McKellen in the X-Men franchise, and Prometheus is removed just enough from the lore of the Alien movies that the film can function on its own.

As a very controlled and precise robot, Fassbender challenges the humans on a philosophical level, adding a level of maturity to what could have floundered in any other popcorn-horror-flick. “David 8” is programed to carry out a covert mission, yet because of his charm, the audience has unique empathy for the character. In the action and suspense of Prometheus, Fassbender remains a pinpoint of fascination because of his alternative motive(s).

The role of “Epps” will remain one of Fassbender’s greatest (infamous) accomplishments. Consider the trifecta of the three main antagonists: Benedict Cumberbatch as the traditional southern gentleman with a level of decency in his posture; Paul Dano the bully; yet Fassbender on a deeper level is arguably Satanic. He constantly quotes the Bible and is drunk so often that he’s never really himself, like a pseudo-possession. He proclaims that “the devil is among his niggers”, accusing those around him, making perversion of Christianity.

The scenes inside the house with the poorly assembled band slaves playing unappealing music, Fassbender’s cold relationship with Sarah Paulson is shown. The aggression towards Lupita Nyong’o has such a bizarre dynamic that its adds such an tension to the cotton plantation.

Not until the 27 minute mark of the film, the cage beast is released: Fassbender is intense, frightening, and manic. As his third Hollywood picture, Hunger is his breakout performance as he demands the attention of the audience with his energy, and validates his gravitas as an actor.

Fassbender’s performance conveys volumes of emotion through his facial reactions and his ghastly physical transformation in Hunger’s final act. Director Steve McQueen’s style is bold in his simplicity, giving Hunger an edge that transfixes the audience. 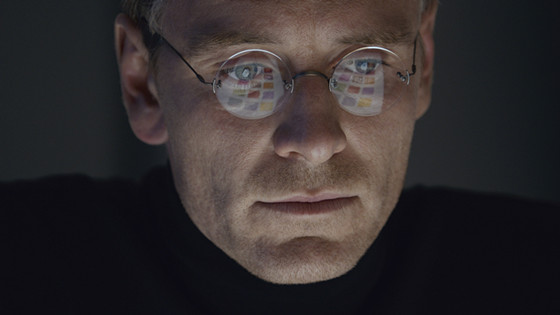 The biography of Steve Jobs is complicated, yet the brilliance of Aaron Sorkin’s screenplay is the separation of the story into three acts. Each “scene” takes place backstage before a product launch, indicating a pivotal career move which allows the story to respectively embellish.

The audience can accept the unavoidable historical inaccuracies without disrespecting the truth of Job’s biography. Director Danny Boyle’s hyper eccentric style is toned down compared to his other films (Trainspotting; 127 Hours), allowing Steve Jobs to function on a larger-than-life canvas for the opera-esque narrative carried by Fassbender.

As opposed to Jobs (2013, Joshua Michael Stern) in which Ashton Kutcher looked more the part, Fassbender’s not quite a paralleled look, yet this can quickly be dismissed via the energy he brings to the role – equally matched by a stellar supporting cast able to keep pace with his energy.

Although Hunger; 12 Years A Slave; and Prometheus are stronger performances on a cinematic level, Steve Jobs’s screenplay, cinematography, editing, and music is beautifully complimented by Fassbender’s incredible talent.

Author Bio: Michael Jolls is producer and director to dozens of various projects including 6 Rules; Cathedral of the North Shore; The Great Chicago Filmmaker; and Sell Me This Pen. He is the author of the books The Films of Sam Mendes and The Films of Steven Spielberg, as well as assistant editor on David Fincher: Interviews by Dr. Laurence F. Knapp.