We already established the flawed motivations of Killmonger, but it’s his followers, most notably W’Kabi (Daniel Kaluuya) who are the most frustrating upon reflection. W’Kabi becomes a devoted follower of Killmonger after he brought forth the body of a man called Klaue (Andy Serkis, who sadly departs the film far too early), one of Wakanda’s greatest foes, who Black Panther had failed to apprehend. While the film does set this up early on, it still fails to make sense and almost seems unnecessary, just there to add some more bloat to a film that already has enough going on.

It just doesn’t feel right. He would betray a trusted friend, show little to no remorse for his death, and then commence with mass genocide? Not to mention accepting the brutal slaying of faithful elder statesman Zuri (Forest Whitaker).

In the final climactic battle, we even see W’Kabi trying to kill Black Panther and when that fails, he’s willing to maim and murder the dissenters of Killmonger’s regime. He only changes his mind when he’s confronted by his beloved Okoye.

Why would any man, certainly someone as reasonable as W’Kabi, follow Killmonger, someone who obviously shows signs of mentally instability? I know some people are thinking about a current world leader right now, but regardless of how unstable that particular person might be, at least he didn’t try and murder one of your oldest friends.

The fact that so many would follow Killmonger, even the elder statesmen, makes little sense. But that brings me to my next point…

3. The Contradictory World Of Wakanda 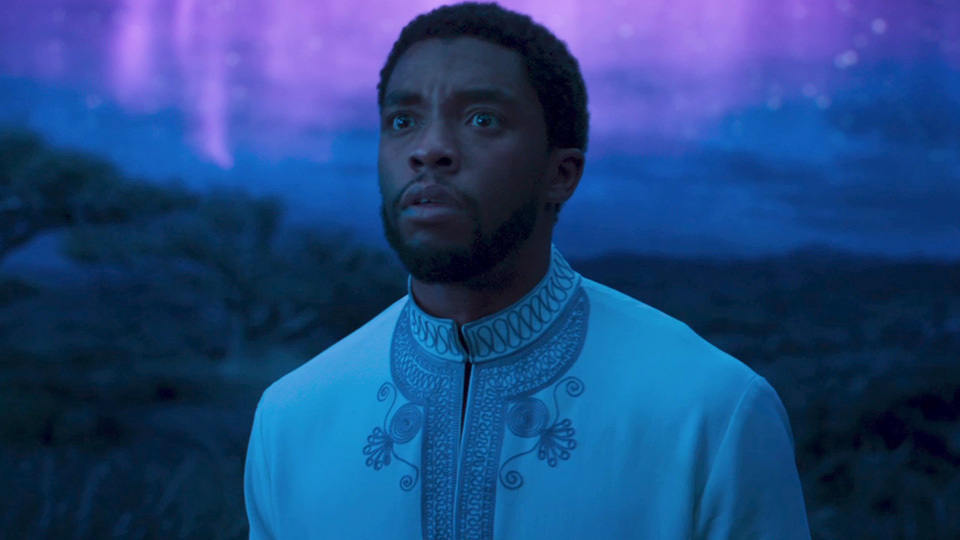 Many people perceive Wakanda as an imaginary part of Africa that has been untouched by the horrors of colonialism. Wakanda is supposedly Africa without the usual horrors associated to it, not to mention a continent that’s far more technologically advanced than the Western world.

A great premise to explore one day, but it’s not the story we see in “Black Panther.” The problem with this interpretation lies in the film’s opening, where it explains that Wakanda’s technological superiority came from a meteorite made out of the fictional resource of Vibranium, which crash-landed there centuries before. If the origins of Wakanda wasn’t fostered by interstellar magic, then this interpretation would have made some sense.

But even with the magic of vibranium, the tribalism at the center of Wakanda’s political ruling is a recipe for disaster. It’s supposed to be an advanced society but it’s a miracle it hasn’t collapsed in its early inception. In order to become the ruler of Wakanda, you have to fight to the death with one of the tribal leaders. This is exactly what happens when Killmonger shows up and challenges T’Challa to a duel.

This just seems contradictory to the peaceful and soulful world of Wakanda. The scriptwriters tried to make the world seem like a secret Eden, a place that all other Western nations should be encouraged to imitate. But the savagery inherent in Wakanda’s society doesn’t merge at all with the screenwriter’s original intent. This doesn’t mean that its society should work with the exact same democratic principles of Western society, but it would work in the film’s favor if becoming the political ruler of Wakanda means being good in civil discourse rather than mortal combat.

Once again, due to the limitations of the superhero genre and the Marvel formula, we never get to see this beautiful fantasy of Africa that is untouched by colonialism. We only get a little taste. And that’s all “Black Panther” gives us. A taste of something special, but it never really gets there.

2. The Limitations Of Being A Marvel Product 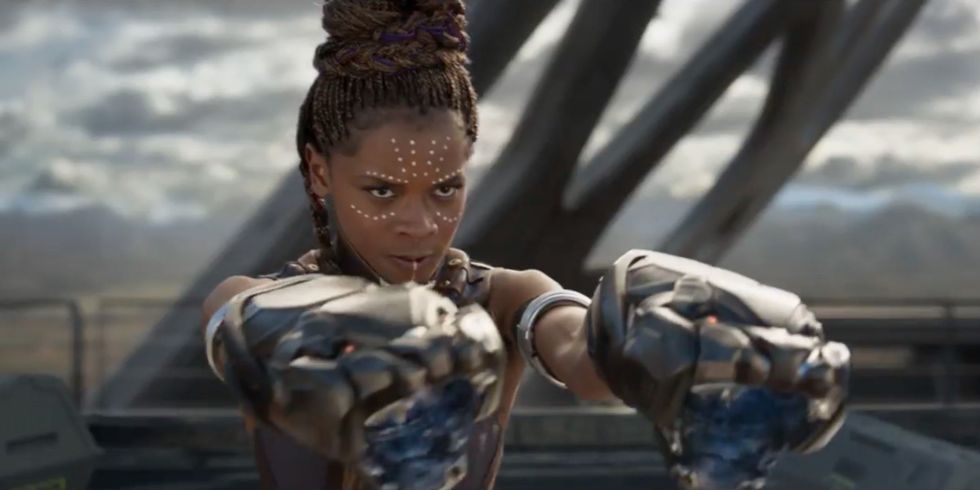 My main problem is that the film was ultimately just another Marvel product. This means that the filmmakers were allowed to stray only so far until they had to revert back to the comfortable formula. As I said previously, the viewer only gets a taste of something different, something that could have been very special to the genre. Having an almost all-black cast doesn’t make the story and its predictable outcomes necessarily riskier, it just makes it more bold on the surface while beneath everything stays the same.

The screenwriters were mostly inspired by the modern Black Panther comics by Ta-Nehisi Coates, and if they had been more faithful to his work, then we certainly would have gotten a more risqué and rewarding experience.

Unfortunately, the riskier traits of these comics, which included far more science fiction weirdness, gay characters, and a more in-depth look at the strange politics of Wakanda, cannot fit in a Marvel film. At the same time, one has to admit that a more faithful adaptation would have probably alienated most viewers and not make it as ludicrously profitable as it has been.

But I would have loved seeing this version of “Black Panther.” It might have been too out-there for its good, but it would have been certainly been more interesting. 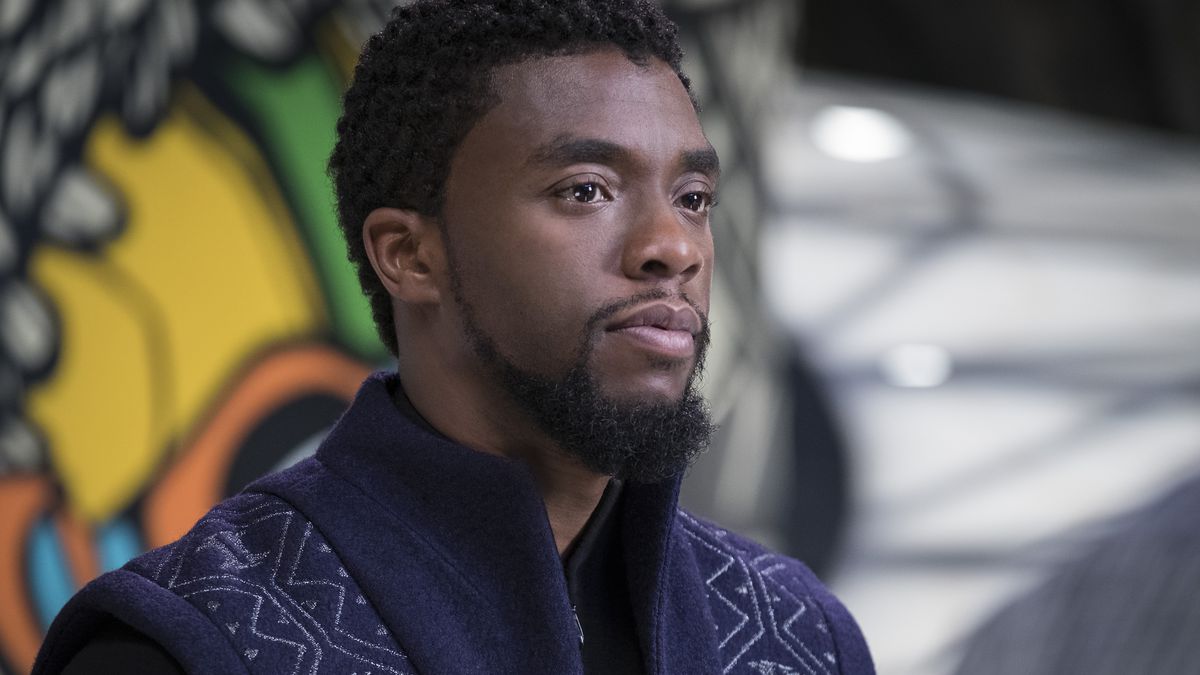 The adherents of identity politics needed “Black Panther” to be important, just as they needed “Wonder Woman” to be important. And while it’s certainly good to see modern superhero movies with an almost all-black cast or a female lead, the religious love for the mere concept of these films overshadows the truth about what these kind of films were and have always been: a corporate product. They are made by extremely wealthy people starring extremely wealthy people and the purpose of its existence is to gather more excessive wealth.

There is certainly some creative spark in the inception of both these films, but the end result, no matter how entertaining, is ultimately compromised by studio executives who want this film to appeal to as many countries as possible.

The sad thing is that there are plenty of independent films out there with a diverse cast that are often forgotten in the face of these big blockbusters. These films are made with tiny budgets, but they are made with immense passion, and in the end they have so much more to say than any Marvel film.

Film journalism has become tainted with identity politics, some of it rather cynically. “Black Panther” and “Wonder Woman” were seemingly universally praised, and though though I’m not suggesting it was solely due to the culture of identity politics, it was undoubtedly a factor for many reviewers. Taking a nuanced stance has rarely been profitable.

There’s the case of clickbait articles, the manufacturing of moral outrage. A film can be outright condemned from its inception, simply by not casting a diverse enough lead or cast. Films are constantly dissected through the lens of identity politics and sometimes the point of the film gets lost – one of the most frustrating examples of this was imaginary misogynistic subtext of “Blade Runner 2049” or the imaginary racist subtext in “Three Billboards in Ebbing, Missouri.”

Suddenly these bloated and expensive superhero movies are staples of civil rights. They are not. They are made for profit. The money doesn’t go to a righteous cause, the money goes to the moneymakers. The excessive amount of money these filmmakers and performers get is more problematic than any whitewashing. If people really care about inequality in Hollywood culture, then perhaps the focus should be less on diversity and more on wealth inequality.

They should come from the heroes of history, real people who fought for civil rights and gender equality and were scorned and sometimes even murdered for their righteous mission. Not fictional characters with superhuman strength whose adventures always seem to follow a neat three-act structure.

And while history might not be as entertaining or comforting as these superhero films, at least it’s real life. Perhaps that’s the place we really should be looking at.