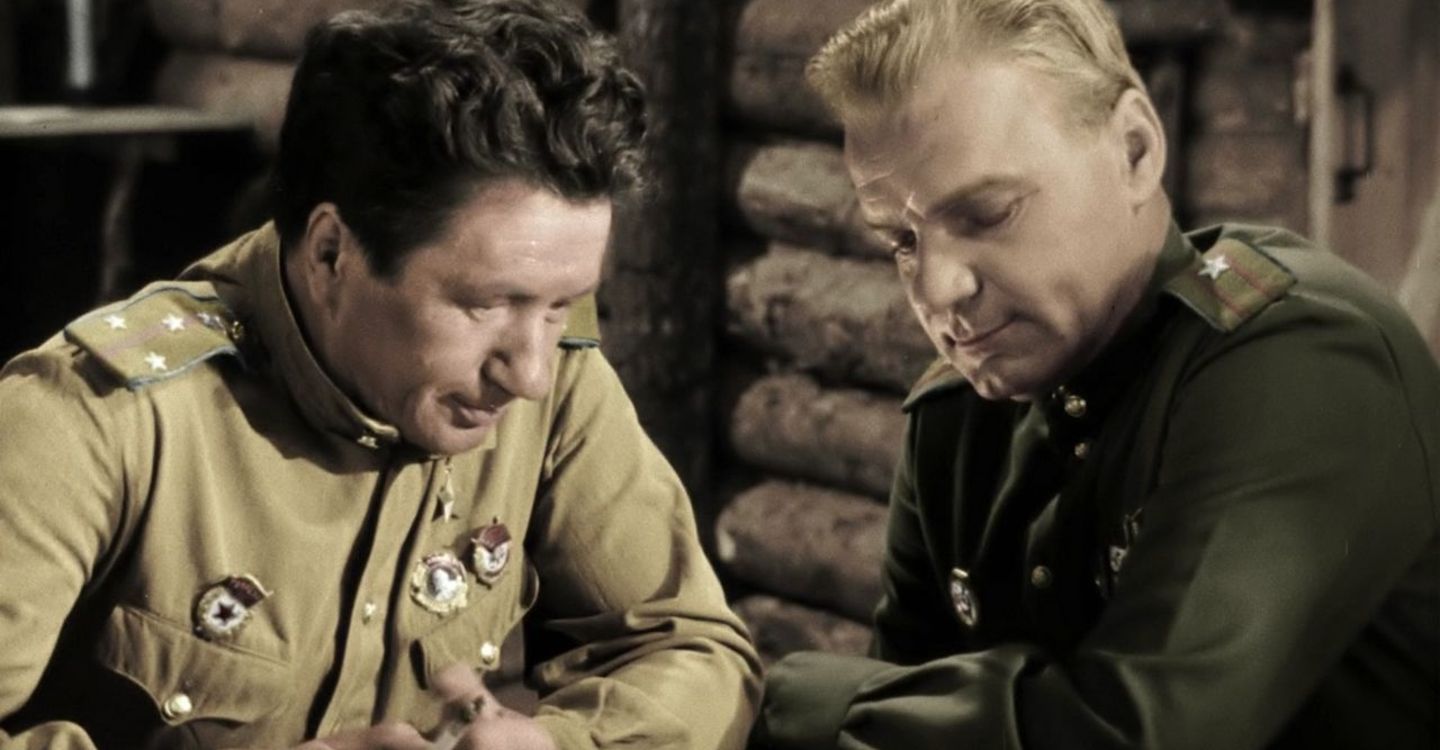 Another great example of Russian cinema. They are arguably the best in the world at making films. This is a more light-hearted war movie, but it’s simple and effective. The flying sequences are fantastic.

Based on the memoirs of Vitaly Popkov who was a Soviet fighter ace and was part of a singing squadron. Leonid Bykov is a fucking stud and pulled off being the writer, director, and the leading role. This film is pretty accessible. You can watch it on YouTube or Amazon Prime. 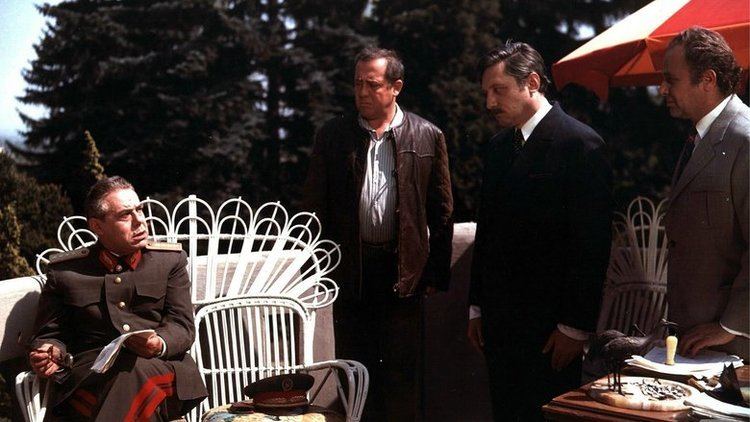 A remarkable satire about communism that was banned for over a decade due to the post-WWII communist regime in Hungary. Peter Bacso was a fucking nobody with a set of enormous balls. He had directed other features before, but none as big of a fuck you to his government than The Witness.

It has become a cult classic in other parts of the world, but is still almost completely unknown to the film community in the States. With the protagonist stumbling throughout the film like Detective Clouseau would come across clues in the Pink Panther movies, he makes his way up to a very high position, where he has to rat out his best friend. Tough to find, but worth the effort. 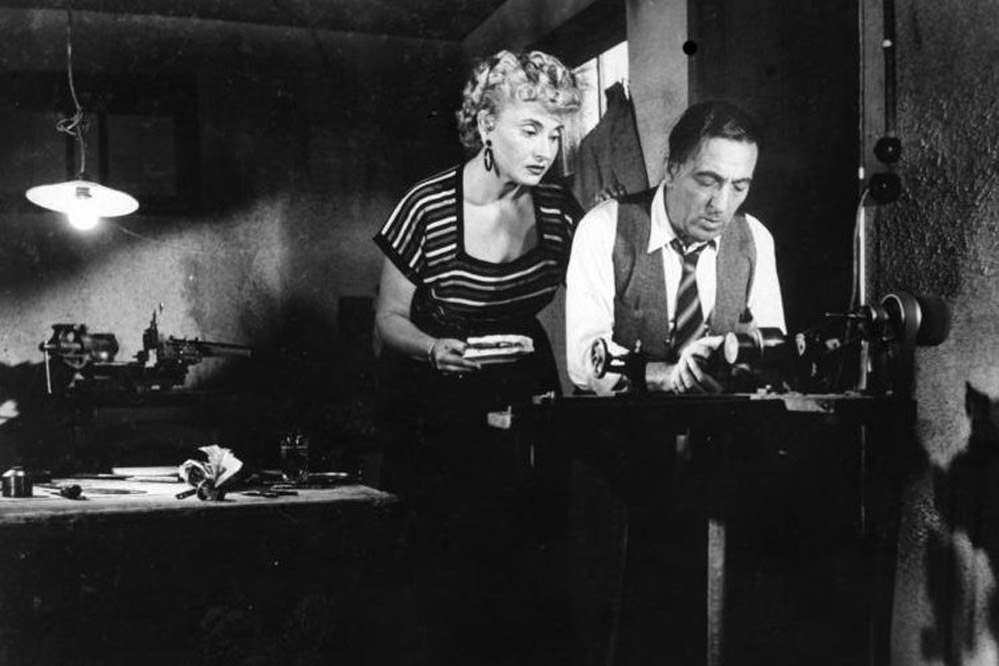 A fun film that is unfortunately overlooked. Some of the scenes feel like an I Love Lucy episode with the scratchy overly dramatic music and transitions. Vasilis Logothetidis is a true actor and delivers his emotions in such an effortless way. Unlike American films where they try to make the characters as true to life as possible, the cinema was still meant to be showcased like a stage play in the 1950’s.

Vasilis totally sells this film. It is probably the greatest film to ever come out of Greece. Criterion needs to throw this great film a life preserver and bring it back out into the world. You should be able to find this film in PAL. Good luck. 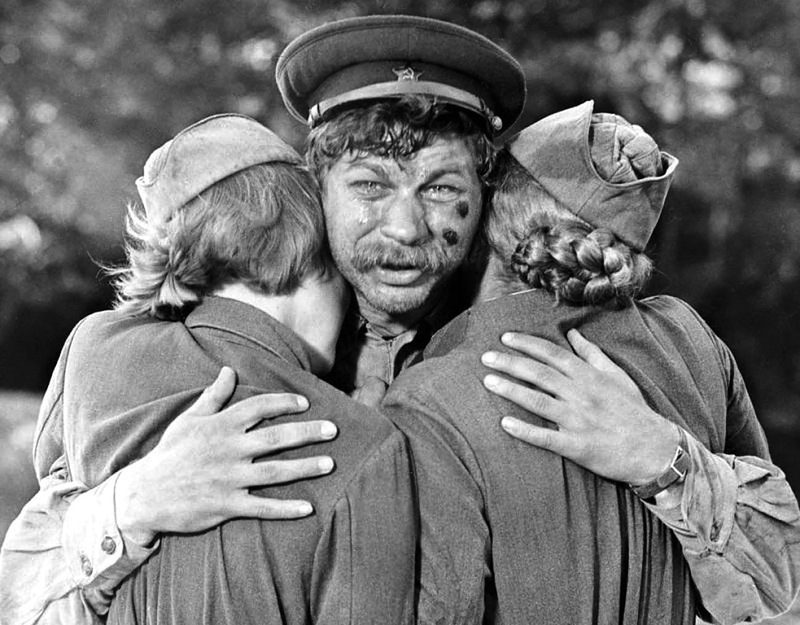 A film that needs to be seen by any lover of film. It’s impeccable. Totally ahead of its time. Everything is so well defined and executed, it would be difficult to critique anything about this film. The acting from Andrey Martynov and all of the other characters is perfection.

Stanislav Rostotskiy made other films that are highly reviewed. White Brim Black Ear is also on Amazon Prime with an 8.4 rating, which may make an appearance on another list. The filming and editing techniques used in some scenes is unrivaled. Stop what you are doing and watch this film. Watch it on Amazon Prime or find any source you can.

Intense. Interrogation will make you sit in a puddle of your own liquid anxiety. It was banned by the Polish government for 7 years. Poor Tonia does a little boozin’ and wakes up in prison. She is tortured to confess to a crime. There are a handful of films like Interrogation, but nothing seems to compare.

Ryszard Bugajski worked with Andrzej Wajda and was pressured to be an informant at the Studio. This turned his the other way and he filmed Interrogation to bring down the Communist regime. If this film played a small role in making that happen, it should be worth your time. This film can purchased on Amazon or streamed. 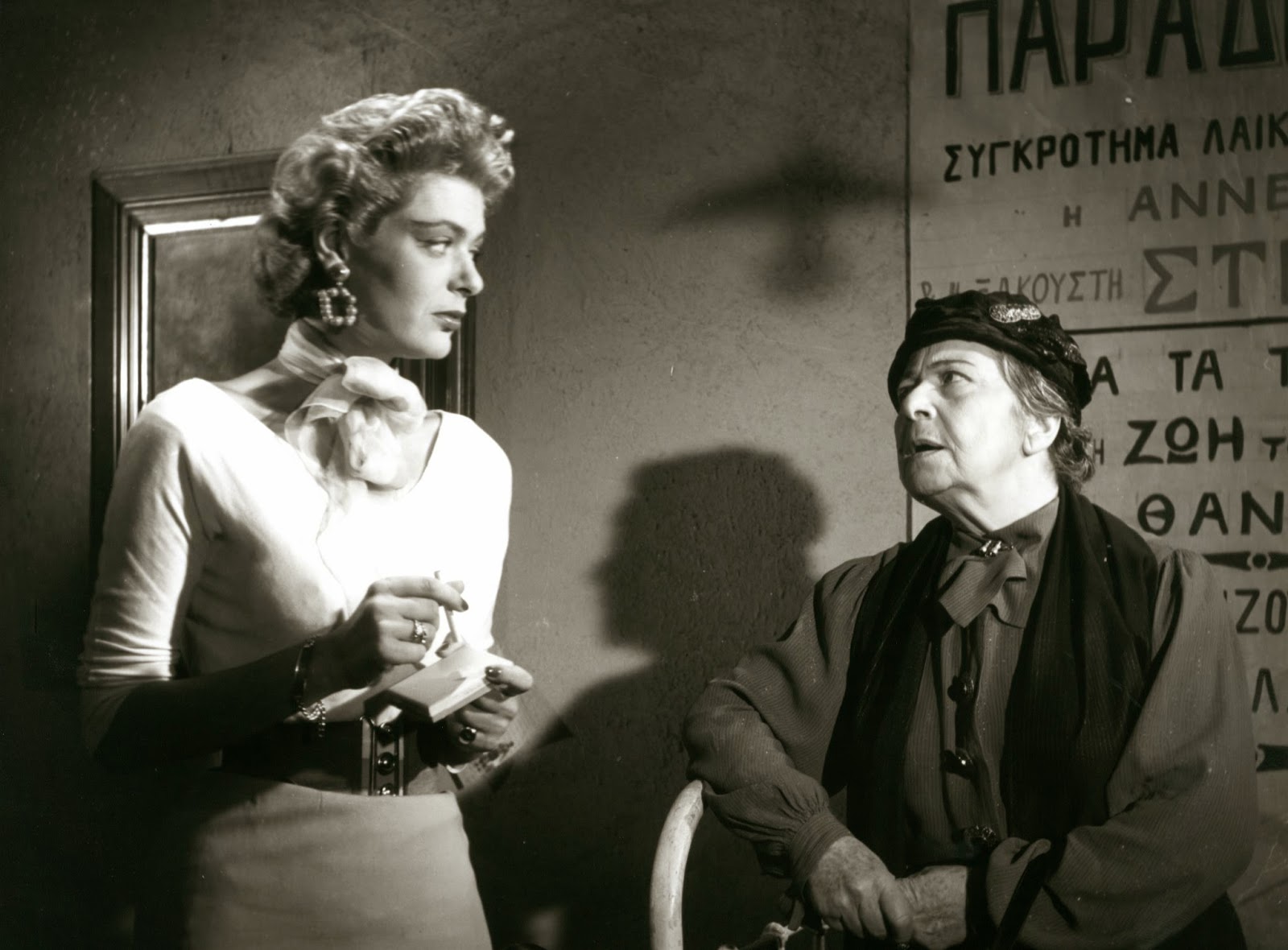 An amazing film from such an underrated filmmaker. Michael Cacoyannis (or Mihalis Kakogiannis) directed several unknown films, but Zorba the Greek was his big hit. Melina Mercouri plays Stella in her acting debut and smolders the screen. This film captures an important time in Greek history. The dancing, the music, and the essence of the culture is wonderful to watch.

You will be hard pressed to find a better film to come out of Greece. A few others would be Rembetiko, The Ogre of Athens, and Landscape in the Mist. However, Stella was favored to win the Golden Palm at Cannes and Mercouri impressed the hell out of the judges. Stella won the Golden Globe for Best Foreign Film in 1956. This film is somewhat difficult to find, but you can snag a DVD from South Korea for a few bucks on ebay. 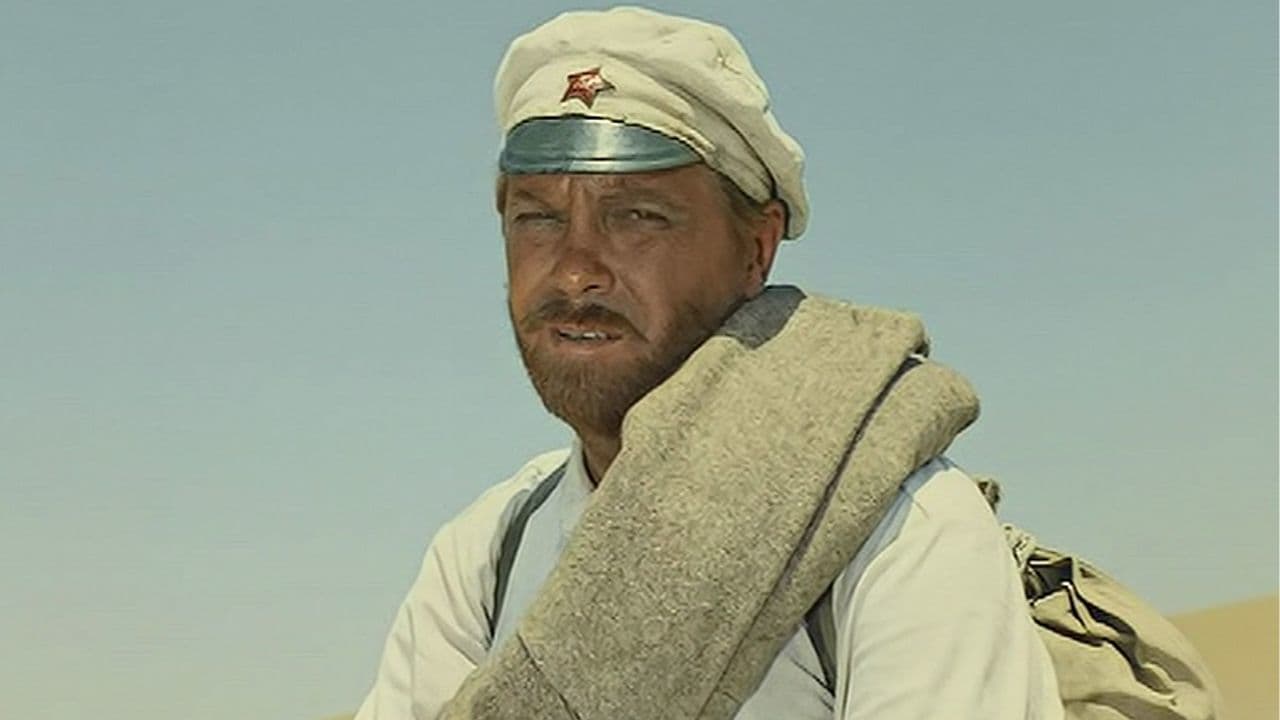 A diamond in the rough. For Russian film lovers, this one is essential. The landscapes are unforgettable and were most likely incredibly grueling and difficult to work with. Only a Russian filmmaker would take on such a project.

It is an “unbreakable tradition” for Russian cosmonauts to watch this film the day before blast off. White Sun of the Desert is treated like a western, trading in a cowboy hat for an officers. With such a simple story of a soldier guarding a harem, it is still a great film to watch. Don’t be too critical of the special effects and you’ll be fine. Check it out on Amazon Prime or other streaming services.

With some powerful narratives and accompanying poetic imagery, Witchhammer delivers some great cinematic moments you won’t soon forget. This film is about the medieval persecution of witches during the 17th century.

The cinematography won’t go unnoticed while you view this film. Everything is laid out perfectly to pull out the best emotional response. For a story we have seen several times in recent memory, nothing really compares to the raw power of Witchhammer. It feels like stolen pieces of other important films from Kubrick, Tarkovsky, or Bergman. Witchhammer! Fuck yeah. Can buy the DVD or watch on some main streaming services.

With some exaggerated piano and eerie music like a film 50 years prior would have, Welcome, Or No Trespassing is a playful Russian comedy. The kids are fantastic with high praise going to Elem Klimov, who was a kid himself when he directed this at the age of 30.

The technical elements in this film are all top notch and masterful. It’s fundamental filmmaking. Lots of little tricks to add to the end result. There are some laugh out loud moments that will catch you by surprise. Can be streamed on various services. Great quality.

There is something fucking sexy about this film that is difficult to describe. The narrator’s voice is perfect for the tone of this…cromedy (crime/comedy). Yeah, cromedy. The jazz music is fantastic and plays along so well with the visuals.

The Soviet Robin Hood for Grand Theft Auto. He steals the vehicles from the corrupt and donates the money to charity, until his best friend tries to catch him. The tone in this film is what you need to pay attention to. There isn’t anything that takes you out of the movie. Make sure you watch this in one sitting. Can be streamed.