Perhaps forgotten when remembering the best of 20th century European cinema, Jiri Menzel’s Oscar winning ‘Closely Observed Trains’ is a hugely enjoyable, unique gem of a film, and the pinnacle of the Czech new wave. Full of eccentric characters and whimsical moments, its quiet, humble tone and attention to trivial detail belies the genius of its composition, and the power of its moving narrative.

Set at the business end of the Second World War, ‘Closely Observed Trains’ opens with the narration of our young protagonist – Milos (Vaclac Neckar)- as he details the history of his oddball ancestors. Macabre-yet-hilarious, this sets the tone for what is to follow, as he tells of his hypnotist Grandfather’s fatally unsuccessful attempt to stop a Nazi tank with his mind.

Milos is happy to begin a role as a train conductor, seeing it as an opportunity for an easy life, but is keen to achieve that most teenage of hangups, the loss of his virginity. His initial failures cause him to question his masculinity, but his quest leads him on a path of self-discovery, and he winds up falling in love with fellow conductor Masa (Jitka Bendová).

Milos seems entirely oblivious to the war taking place, and we are only reminded of it sporadically at first with the amusingly futile attempts of a Nazi controller to spread propaganda, and then in more grimly tragic circumstances. But the uplifting achievement of ‘Closely Observed Trains’ is to proudly show the humble trivialities and everyday happenings of human life, persisting in all their glory alongside the horrific wider events taking place at the time. It’s a tender, charming message, and a perfect way to remind us that life always goes on. 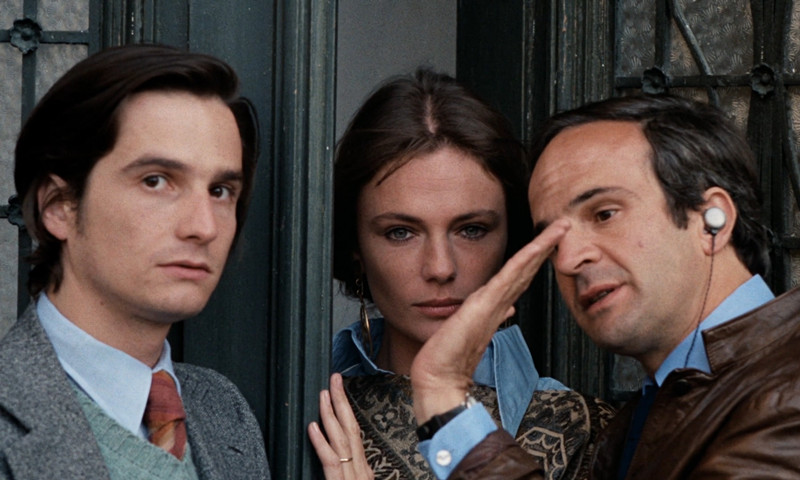 ‘Day for Night’, Truffaut’s Oscar winning mid-career masterpiece, is an exhilarating love letter to the cinematic artform, lovingly exploring the difficult process behind the creation of the finished product. As with Fellini’s ‘8 ½’, Truffaut puts himself at the heart of the action, playing Ferrand, the hard-of-hearing director at the helm of an ill-fated international blockbuster called Meet Pamela.

The shoot is inevitably plagued with problems, including the diva behaviour of an over-the-hill alcoholic actress, the volatile neuroses of the female lead, and the affairs and arguments that break out between the rest of the crew. There are also plenty of humorous observations about the minutiae of challenges that must be solved, such as the hilarious scene where a cat won’t perform a task on camera as required, so an indignant-looking “studio cat” is brought as a replacement.

Ferrand never seems particularly pre-occupied with worrying about how mediocre Meet Pamela is clearly turning out to be, despite his recurring obsession with Citizen Kane. It is as if he (and Truffaut himself by extension) is more concerned with the process of making the film, operating in this strange world between reality and fantasy, and coexisting with his own people, than the actual finished work of art.

What makes ‘Day for Night’ such a delight however, is not just the representation of the chaos of moviemaking- where stuntmen can perform incredible feats before instantly being rushed off the set unceremoniously- but of the parallels Truffaut draws with real life. Discussing the difficulties of her work, one of the actresses says “As soon as we grasp things, they’re gone.” Truffaut is perhaps suggesting that this is equally true of life itself.

It is no surprise to learn that Truffaut used to be a film critic – as his cinema fandom is easy to spot. There is a particular scene where Ferrand receives a parcel in the mail, and proceeds to open a series of books on some of the greatest directors in cinema history. The exuberance with which Truffaut depicts the work that goes into making cinema is a clear indication of his great affection for it, and it is a delight to bask in that love with him. 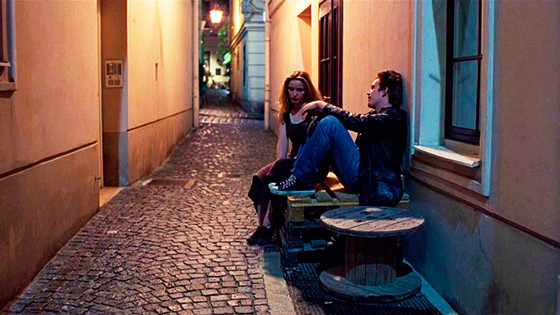 Beyond the confines of cinematic achievement, Richard Linklater’s films demonstrate the keenest understanding of humanity, and how we connect and communicate with one another. He shines a light on our innermost feelings and our complex relationships in all their messiness and sheer joy, and he is at best with ‘Before Sunrise’, a flawless film examining two travellers who cross paths in Vienna for a 24-hour whirlwind romance.

His understanding of people is best demonstrated in his appreciation for the art of the conversation, and just how thrilling it can be to connect with another person in that most basic of ways. Linklater’s films spend much of their runtime letting the camera linger, strolling alongside their characters as they ponder all of life’s questions, from the shallow and personal to the philosophical and pretentious. Despite the utter relatability of the conversations he depicts – indeed they could be the closest cinema has produced to the real thing – they compel in a way that elevates our lives from the hum-drum to something grander.

Linklater’s gentle, inquisitive sensibility is also perfect for exploring a burgeoning romance, and all of this comes together beautifully in the ‘Before Trilogy’. The films have such an evident love for their protagonists (Jesse and Celine), as strong as the love the characters share themselves, and Linklater’s unhurried direction allows their idiosyncrasies and imperfections to come to the surface. Yet despite the unassuming and naturalistic manner in which their first encounter in ‘Before Sunrise’ is depicted, their interactions sparkle with piercing emotion and sexual chemistry.

They wander around the city, drinking wine, meeting strangers and sharing their philosophies on life. Whilst this might not sound like the most cinematic set of events, it is its truthfulness to real life that makes it so engaging. Watching their day-to-remember in Vienna unfurl before us is an exhilarating delight, and one of those feelings in cinema that can only be described as movie magic. 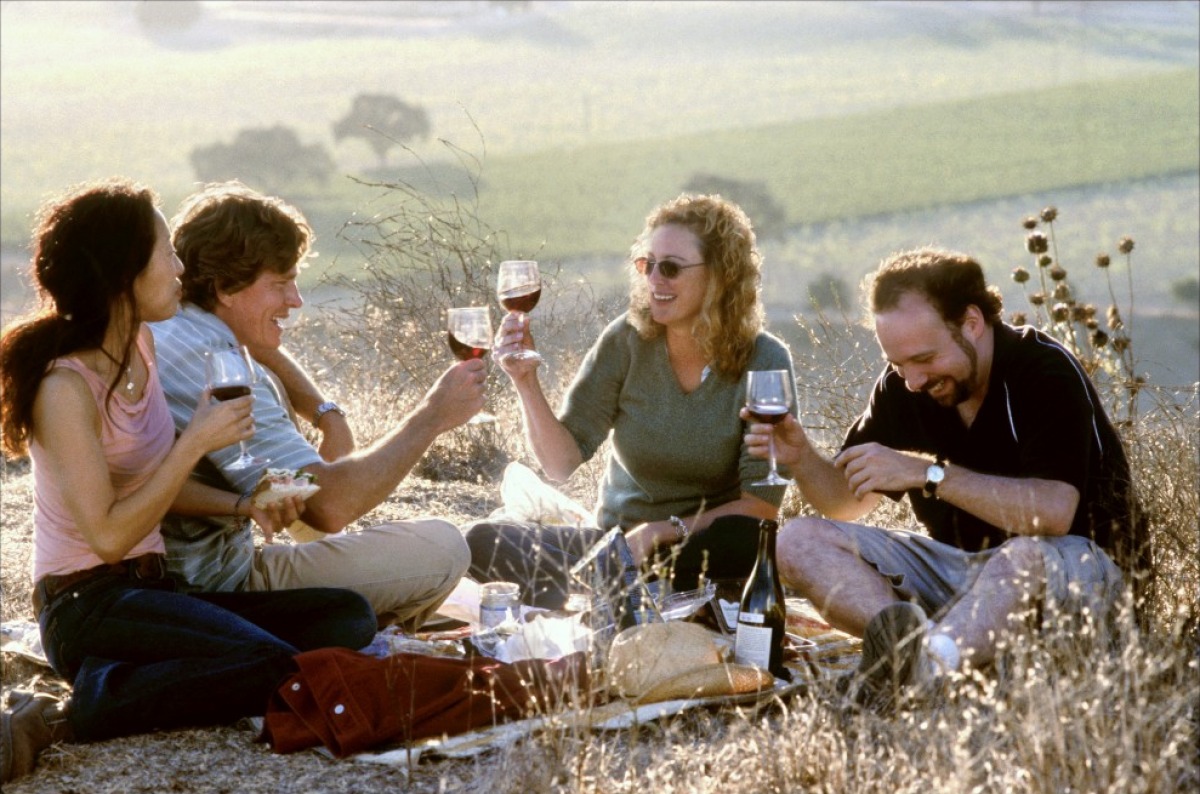 Alexander Payne’s bittersweet, sometimes melancholic exploration of midlife crisis, self-preservational denial, dysfunctional friendships and the painful acceptance of unfulfilled ambitions is not necessarily an obvious choice for a feel-good film. However, ‘Sideways’ is a warmly emotional, charming delight, full of genuine and sensitive moments, richly realised characters and considerable poignancy in its observations on the disappointments of life.

Paul Giamattti’s Miles and Thomas Hayden Church’s Jack embark on a road trip to the wine valleys of California in celebration of the latter’s impending wedding, and it is immediately clear that these are two men thrust into friendship by circumstance (former college roommates) rather than any shared interests.

Miles is a dedicated Oenophile, keen to play the role of self-appointed expert as he attempts to teach Jack the ropes of the wine world, but Jack is rather more concerned with the local women they encounter. Indeed, there is much comedy to be found in contrasting Miles’ critical, pompous reviews of the wines they sample (“quaffable, but far from transcendent”) with Jack’s breezy indifference (“tastes pretty good to me”).

Both men are in deep denial about the disappointment festering in them at the paths their lives have taken. Miles wants to share his passion with Jack, perhaps not simply because of the joy it brings him, but as a means of validation of his knowledge and intellect, as he is failing to achieve this with his efforts to become a published writer. Similarly, Jack’s desire to sleep around before his marriage is played for laughs at first, but we gradually learn that a deeper vulnerability and insecurity is driving this impulse.

Potential redemption comes when they meet two local wine pourers (Sandra Oh and a brilliant Virginia Madsen), and Miles manages to establish a real connection with Madsen’s Maya, as they bond over their shared love of wine. There is a particularly beautiful conversation they share where they expand upon what it is that they love about it so much, and how it resonates with them personally.

Whilst all four acting leads are strong, it is Giamatti that stands out, with a tender, brilliantly observed portrayal of a middle-aged man facing up to the regrets he has accumulated in his life. His is a performance full of pathos, humour, insecure resentment and untapped passion, and is an integral part of what makes ‘Sideways’ one of the most moving comedies of recent memory.

The crown jewel in Jacques Tati’s glittering film career, ‘Playtime’ is a masterpiece of visual comedy, and a life-affirming look at the bewildering effect of technological advancement on contemporary society. It’s an exceptionally well-choreographed film, with a loving attention to detail that ensures every shot is perfectly framed, every inch of the screen resourcefully used to bring us joy, and so it is no surprise to hear that Wes Anderson considers Tati an inspiration.

‘Playtime’ lives up to its name, crafting a massive studio-built set of Paris, and letting its inhabitants playfully explore the absurdist metropolis before them. Reprising his role as the beloved Monsieur Huliot, Jacques Tati begins the film on the hunt for a colleague he is having a meeting with, but quickly becomes lost within the labyrinth of identical rooms and disorientating mirrors and reflections of urban designed Parisian office buildings.

In the first half of the film, the characters struggle amusingly with this modern design, being in a constant state of perplexment as they attempt to exert some semblance of control over their environment.

Later on, as Huliot stumbles through this metropolis, always one misstep away from disaster, we find ourselves at the doomed opening of a new restaurant. As the buildings and structures around them begin to unravel and collapse, it is here that our characters begin to express themselves, finding joy in the chaos, and satisfaction in the breaking down of their rigidly-ordered world. There are also some particularly inspired sight gags, such as the doorman who is forced to improvise after his glass door is shattered, continuing to move the handle back and forth in a desperate bid to maintain a sense of order.

It is a marvel to watch the world Tati has crafted develop before our eyes, each frame often containing more than one visual gag at once, making the film feel like a live three-dimensional experience, worthy of repeat viewings to discover new hidden gems.

Author Bio: Benjamin Butcher is an Advertising Analyst and occasional film critic from London. He can often be found at the BFI Southbank, catching a film or getting drunk at the bar. Follow him on twitter @BenjaminButcher.

646
SHARES
FacebookTwitterSubscribe
Subscribe via Email or RSS Feed
Pages: 1 2
Comments (19)
Movies That Will Put You In a Great Mood