Maybe the most complex film of themes and visual storytelling on this list, it’s Robert Weine’s 1920 film that evokes to what most critics and film lovers consider the high point of German Expressionism. It’s how Weine unifies considerable narrative techniques, genre elements, and mise en scene for arguably a masterpiece of cinema.

Take any frame from this film and hang it on the wall of a museum and a viewer would consider it a work of art. This being a silent film, one can simply surrender to the visual composition and mise en scene of the black and white contrast; the production design of streets, rooftops and slanted rooms; or painterly crafted walls to add to the emotion of watching this film.

However, it’s not just how Weine explores the finest use of the German Expressionism movement, it’s how he tells the story that even at almost 100 years hold, an audience member is still moved and surprised by the twists and turns on this film.

Without going into specifics, this film was most noticeably the first to use horror elements to shock the viewer in shrieking moments of madness and add the twist and turn elements of narrative filmmaking in the finale. Whether you want to call it a German Expressionist, cult, arthouse, horror or film masterpiece, all is done in 80 minutes. 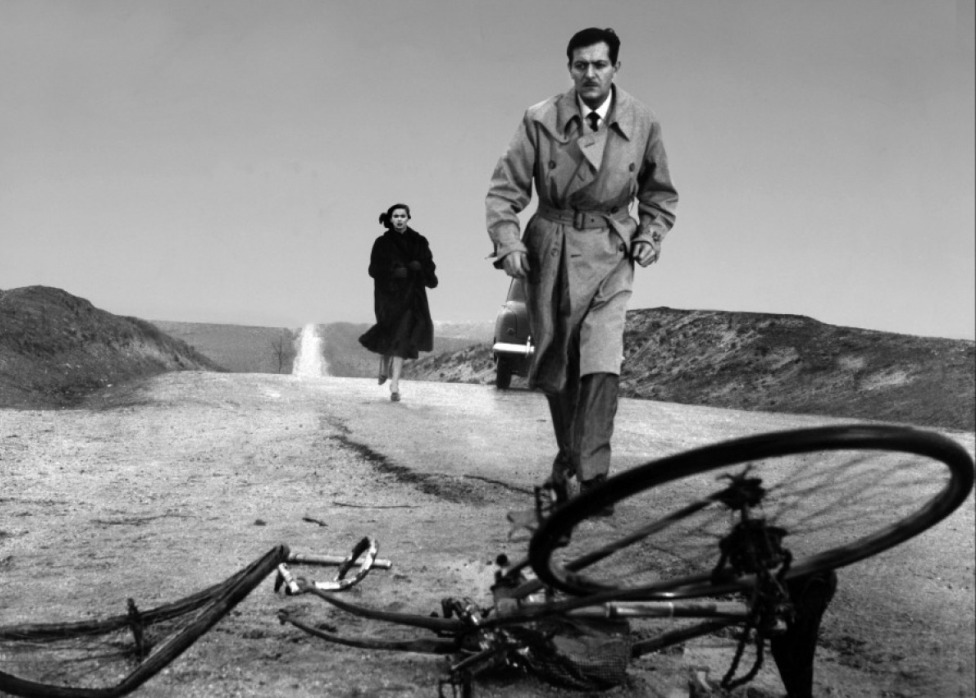 Coming out during Franco’s rule certainly played a part in the making, release, and most importantly to us now, the depiction of the film riveting to this day. Director Juan Antonio Bardem (yes, Uncle of Javier Bardem) explores multiple class systems under a dictatorship, mixing of filmic tones, and an exploration of a extramarital coverup romance in one stunningly shot film.

The films deals with a hit and run which results in the death of a cyclist, you guessed it. Our leads the extramarital lovers, Maria and Juan, are coming back from a weekend getaway where they accidentally kill a person and decide not to report it. What follows is a film that jumps tone in mood and atmosphere so fluidly and effortlessly as any film before it could.

For example, take a dinner party scene halfway through the film where one discovers something is up, it’s a cat and mouse thriller played in delightful murder mystery who dun it fashion, this is polar opposite of the bleak, cold opening to the melodramatic dealing of the couple’s decision.

Bardem does this where we must go along for the ride because we are so gripped to the story and characters, it’s impossible not too. But the way Bardem tells the story in each carefully composed shot for this film. Shot in the typical ratio of 1:33 in the 1950s, every human, object, or structure is perfectly balanced within the frame. As the viewer, we become the editor and peer between what to look at in a perfect film coming out of repressed cinematic time in Spain.

Coming from another country that still experiences restrictions in artistic expression, didn’t hold back Mohsen Makhmalbaf from creating a masterpiece. This shortest film on this list blends use of narrative, documentary and semi-autobiographical story into one spectacle like no other.

Iranian directors have found creative ways to explore themes in their country with groundbreaking results. In this film, Makhmalbaf recounts, re-creates, and re-stages the stabbing of a police officer by a teenager at a political rally. Makhmalbaf was sentenced to prison for the crime but here he tracks down the actual police officer and directs non-actors to re-create a similar scene.

The overall story can be thrown into a difficult comprehension of understanding of what actually happened and what Makhmalbaf is trying to do here. But it’s through his very observant and patient camera we see how the blurriness of past memories and feelings of an unrestful political nation can bleed to present day captured on celluloid.

Despite, clocking in at 78 minutes, one ought have patience as we witness the actual police officer thinking about doing the film, the young woman trying to figure out what the situation means to the director, played by Makhmalbaf himself, but it’s at the end of film, in one of the greatest use of freeze frame in history can we start to truly ask ourselves these questions of certainty. Makhmalbaf managed to created and evoke a lasting immersion on a viewer’s mind in only 78 minutes.

The middle film of the ‘Before’ Series is the most recent film on this list. Premiering 14 years ago, with another film being released in 2013, can we truly appreciate this masterwork written by Ethan Hawke, Julie Delpy, and Richard Linklater, the director as well.

Playing out in real time, the camera follows the engaging, thought provoking and humane conversation between Jesse and Celine in Paris. The dialogue here is so precise yet flows so naturally off the tongues of the two leads, Ethan’s Jesse and Delpy’s Celine, we can do nothing but marvel and be completely engrossed in the storytelling.

Linklater captures almost an entire lifetime of feelings of the past, present, and future between two individuals, we feel as a film goer, that we experienced ‘Before Sunrise’ and the nine absent years between these two characters. Anything and everything, far too many quotes and monologues and most importantly moments between Jesse and Celine can be talked about. It’s a film that is pure feeling and so effortlessly performed and told.

Despite its simplicity in nature, it is quite revolutionary, it’s not a play that was adapted, it’s an original work strictly based on dialogue and how it drives every thing the two characters do, act, and feel. Linklater’s middle film here, despite being the shortest of the ‘Before’ Series, is certainly a stunning connection film and masterpiece of modern day cinema.

Somewhat under appreciated in Hitchcock’s reservoir is his 1948 film Rope. Similar to the previous listing, this film plays out in real time. It was based off a Patrick Hamilton’s 1929 play inspired by true events. yet it’s Hitchcock’s directorial choices, pacing, and tone that make for this final inclusion for a masterpiece.

The film tells the story of two classmates, played by John All and Farley Granger, who strangle their classmate and hide him in a trunk in their apartment, only to have a party to prove they committed the perfect crime. In Hitchcock fashion, one man, played the one and only James Stewart, discovers something his up.

It’s how Hitchcock tells the presents and tells the story that stands out. Making his color debut, Hitchcock uses the color of the Manhattan apartment to evoke certain moods and feeling that are explored in future classics. Yes, he uses his dry humor and Macguffin for the plot but to tell a story in 1948 in an attempted one take before the digital revolution was unheard of.

A canister of film can shoot for 11 minutes so every 11th minute an actor would block, lean or simply stand in front of the camera before the story continued. By this decision, the film is told in one continuous narrative and flows beautifully as Hitchcock goes from light sense of humor to shock and suspense awe to down right bone chilling tension amongst Dall, Granger and Stewart. Even today the film stands firmly because instead of just going for a technical and creative decision, Hitchcock never forgot the tell the story in pure blend of film emotion and entertainment.