In this 2002 Gaspar Noé film, the events of one tragic night in Paris are told backwards, in Memento fashion. The rape scene alone, where the camera just sits down forcing the viewer to watch Alex (Monica Belluci) being raped and beaten to death, makes Irreversible hard to recommend.

But there are many more reasons as to why Irreversible is not an easy film to recommend, the violence in the movie is nearly unwatchable, the opening scene is also unbearable, and absolutely everything in the film is made in order to make the viewer feel as uncomfortable as humanly possible.

From the colour scheme to the score, from the characters to the horrific violence portrayed in the film. There is not a single thing in the film that is enjoyable, but given its examination of the human soul, Irreversible somehow works as a great piece of art, despite being one of the least enjoyable movie you will ever watch.

The whole point of the film is to make the viewer uncomfortable, it does not have any other redeeming quality then a strong message against violence that could make it an easy film to recommend someone.

One of David Lynch’s hardest movie to recommend, and that is saying something, Eraserhead tells the tale of Harry Spencer (Jack Nance), his angry girlfriend (Charlotte Stewart) and their newly born mutant child. The film is beyond weird, even by Lynch’s standards, putting the atmosphere of Eraserhead is quite hard, it has that eerie quality that David Lynch is known for, but it feels like it has been dialed up to eleven.

The atmosphere is bizarre and some of the imagery is quite distressing (notably in the last scene). Perhaps the best way to describe Eraserhead is by saying it is basically what nightmares would look like if they were directed by David Lynch. This film is not hard to recommend solely because of what is in it, but also, just like Dogtooth, because of how hard it is to explain such a bizarre film. 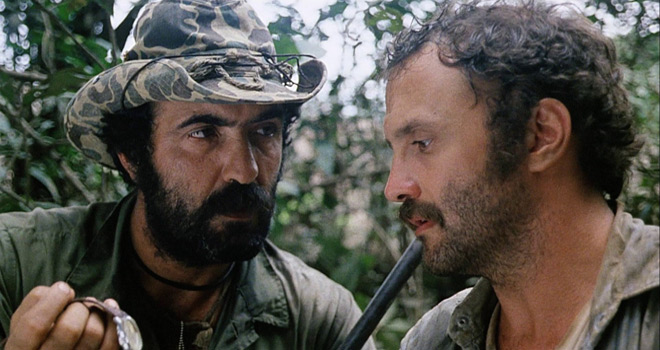 Cannibal Holocaust is widely considered by many to be one of, if not the, most disturbing film ever made, and rightly so, recommending this movie a nearly impossible task. The film is about a rescue team sent to South America to investigate the disappearance of a crew that was there to making a documentary on cannibals. Everything in Cannibal Holocaust is perturbingly realistic, so much so that Ruggero Deodato was famously arrested for it.

The fact the Cannibal Holocaust is one of the very first (or maybe even the first ever) found footage film adds to the gruesomely realistic violence portrayed in the film. As if the disturbing imagery of violence on humans was not enough, real animals were killed on camera (although these scenes were removed from most versions of the film), which adds to the list of distressing imagery in the film that makes it hard to recommend. Cannibal Holocaust is a powerful film critiquing man’s cruelty, however it is an horrifying film to watch. 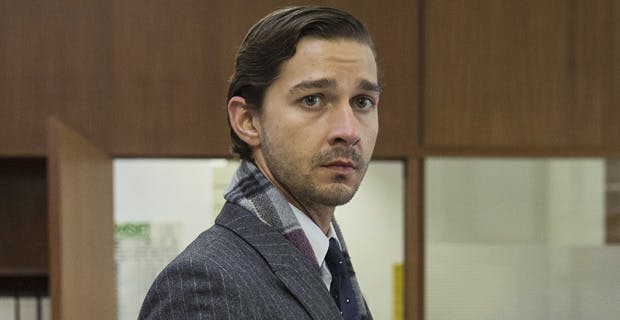 Lars Von Trier’s magnum opus Nymphomaniac is, simply put, a five hour and half long film about sex addiction. Given its subject there is obviously a lot of sex in the film, that alone could render the film as a hard one to recommend, however, Nymphomaniac does not only have a lot of sex scenes, but the film does not shy away from showing every single sex acts explicitly.

Perhaps it’s the ability of the film of being both funny yet serious at the same time, perhaps it is the immensely interesting discussion about sex, but there is something about Nymphomaniac that makes it more that just a glorified pornographic movie, but this aspect is there, and it does not shy away from it, making any recommendation of the film relatively awkward.

Nine teenagers are kidnapped by four fascists libertines, and then subjected to physical, mental and sexual torture for one-hundred and twenty-two days. The plot of Salò alone makes it a hard recommendation.

Salò earned along with Cannibal Holocaust, the distinction of being widely recognized as one of the most disturbing movie to watch. Salò earns that distinction for showing the aforementioned torture of nine teenagers in extremely graphic fashion, but that is only one aspect of the movie that makes it hard to recommend.

The film is also making an enormous effort to put the viewer in a depressive mindset, doing so by being shot on faded film stock, and by having a mostly camera that shows very long shots are long. Salò shows a clear disgust towards the human race, it is a critique, and a very confrontational one at that, on society, simply think of the feces eating banquet as a direct attack on fast food consumption.

It is not enjoyable film, however, that does not take away from its quality, but rather adds to it, as it makes the critique on society much more unnerving. Through its plot, and how everything is depicted in the film, Salò is without a doubt one of the hardest movie to recommend to anyone.

Author Bio: Max M. LeBlanc is a Canadian film studies student. His field of studies is focused on how far-reaching the influence of early cinema, mainly of German expressionism, is, wondering if this influence can be found in today’s films.