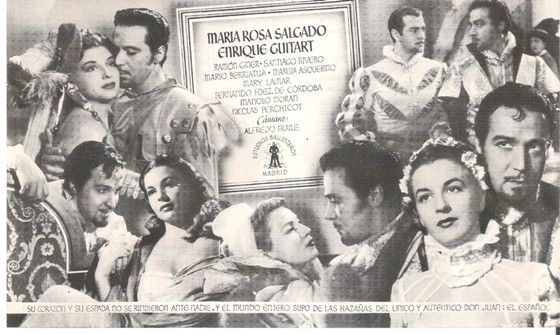 The film starts one year after the several bets made between two Spanish gentlemen, Don Juan and Don Luis Mejía. The bets had involved the winning of more duels and the seduction of more women within a given year and in the present time, the two men must compare their achievements.

Curiously, while living together in the student’s residence in Madrid, Dalí and Buñuel collaborated in the theatrical adaptation of “Don Juan Tenorio” in 1924, alongside other future Spanish artists like García Lorca, Moreno Villa and Emilio Prados. 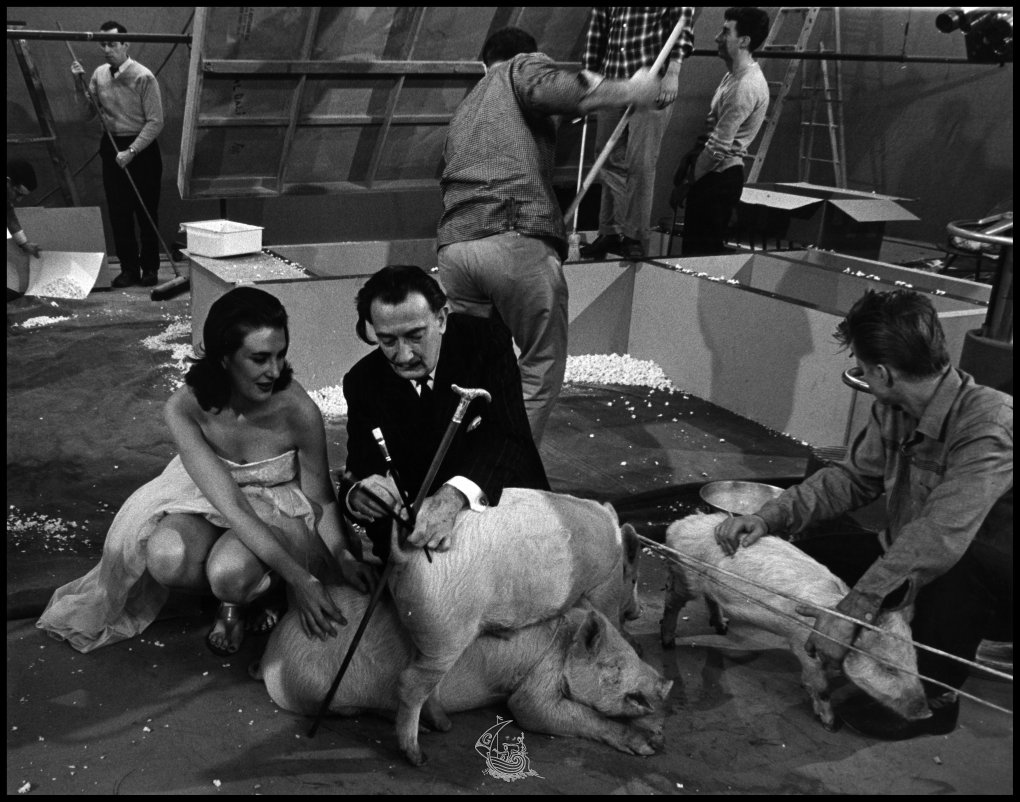 Created to be showed at the Fifth Annual Convention on Visual Communications (New York, 1960), this semi-lecture documentary follows the development and completion of a performance centered in Dalí’s paranoiac-critical method.

Throughout the film the Spanish artist exposes his ideas on rationality in the contemporary art of his time, as well as, his thoughts on how chaos leads to creation, citing abstract painting as a case of it. This film is also an interesting piece because it shows Dalí during his later artistic periods and the curiosity and excitement he developed for science and his close relationship with religion. 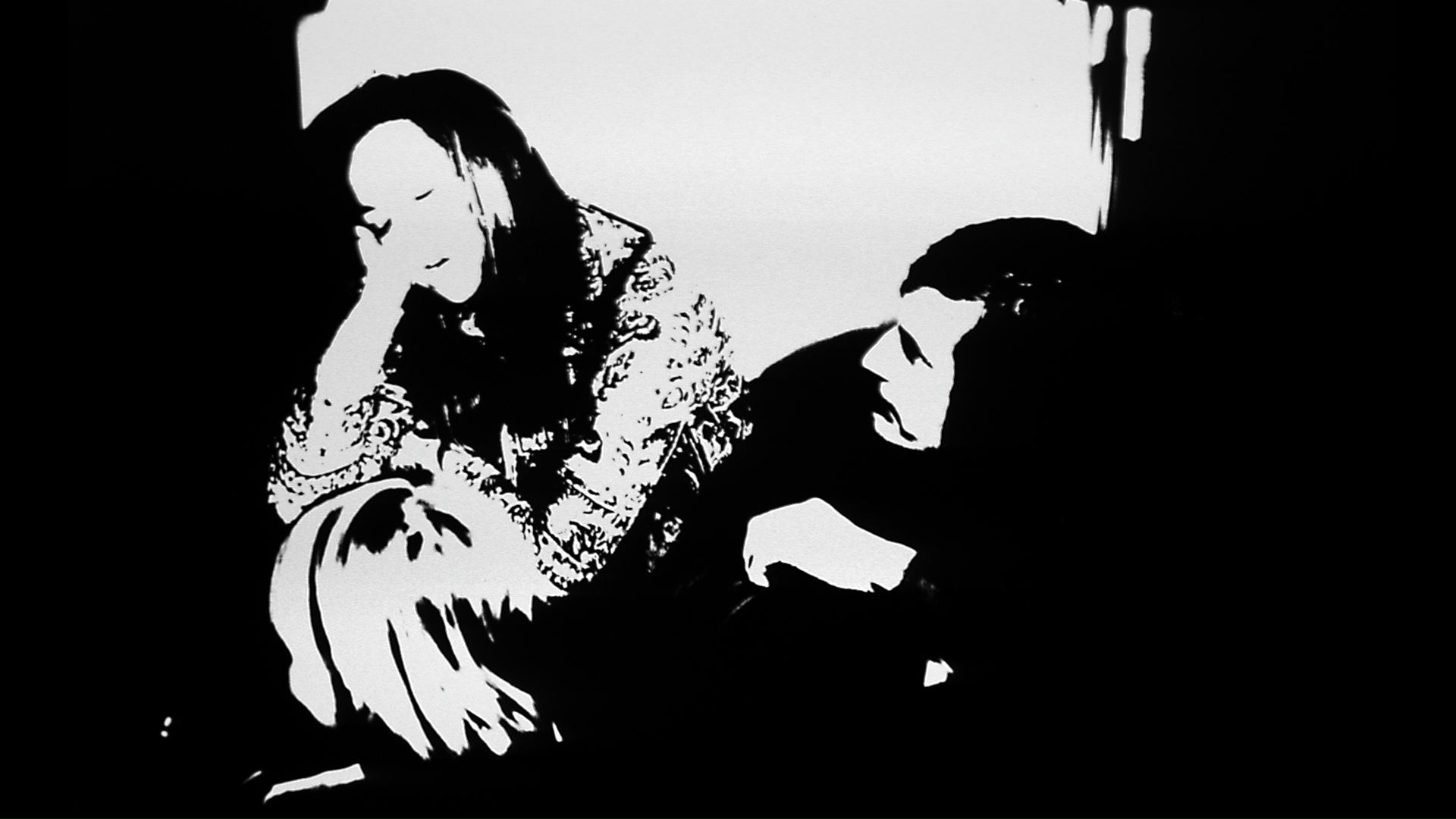 About this film, Andréa Picard wrote in Cinema Scope: “One of the major revelations to emerge from the resurgence of the Zanzibar films is Bard’s Fun and Games for everyone, a velveteen, chiaroscuro boogie-woogie chess match of a film, which documents a vernissage for an Olivier Mosset exhibition.

The new print practically drips inky blacks and blinding whites as art circle dandies dissolve in and out of view, as if melting into the background and morphing into a Mosset diachromatic tableau.”

The film is an improvisation made during an exhibition of Olivier Mosset’s works and it features different people – from artists like Dalí, to bourgeois art patrons and young enthusiasts – and their impressions and conversations on the exhibition. 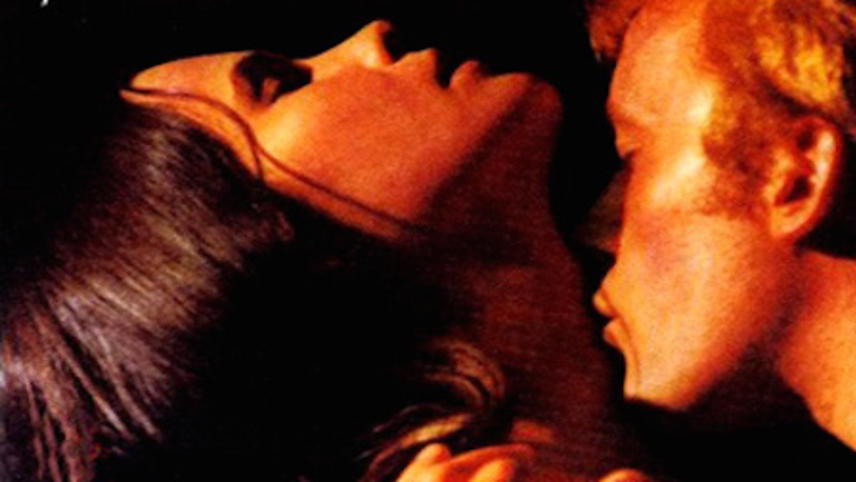 Dalí participated alongside Claude Chabrol, Marcel Dalio, Madeleine Robinson and other sonant names in Frédéric Rossif’s film about Isabelle (portrayed by Francine Racette) who tries to cope with her boyfriend’s death while running around Paris.

Eventually, she decides to change her life and in order to do that she travels towards the coast, a place where she thinks her pain and misery will be put at ease. 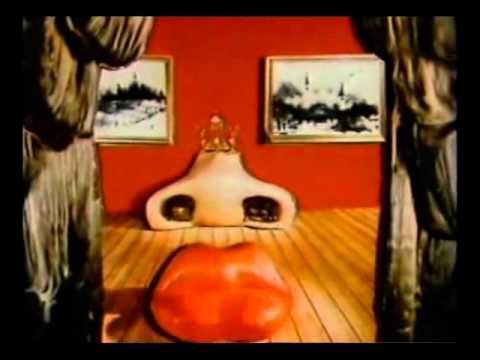 In 1975, took yet another card of his sleeve and collaborated in a documentary with José Montes-Baquer that served as a tribute to Raymond Roussel. Roussel, a poet much influenced by the surrealist movement and much admired by both Dalí and Montes-Baquer, was seen as a sort of pioneer in Dalí’s preferred paranoiac-critical method.

For that reason, this film develops its experimental character as a fantastic imaginary journey through the Upper Mongolia regions unfolds. The film contains a sequence of images that derive from a fountain pen, an original fable created by Dalí and a poetic yet experimental sounds. 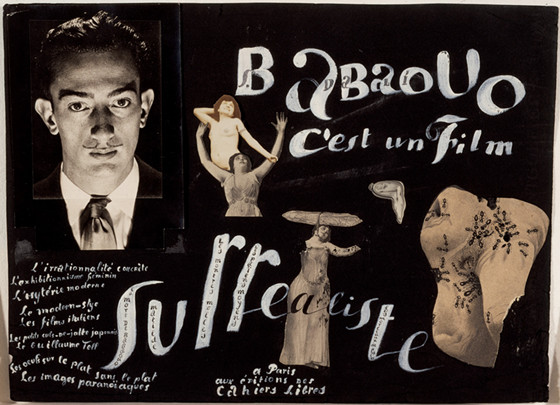 In 1998 the adaptation of an original screenplay written by Salvador Dalí in 1932 started and the project’s title is shortened from Dalí’s original title for his screenplay “Babaouo: Unpublished scenario preceded by an abridgment of a critical history of cinema and followed by Guillaume Tell”.

“Babaouo” can be translated (approximately) as the Innocent and this title serves the story of Babaouo on his quest to find his beloved Matilde who wrote him from a castle in Portugal asking for her lover’s help since she is in danger.

Somehow and after a troubled journey Babaouo is able to find Matilde and both escape in his car only to suffer an accident that eventually kills Matilde and leaves Babaouo blind. In pain, the man travels to Brittany and becomes an artist, however, unknown circumstances lead to his death. 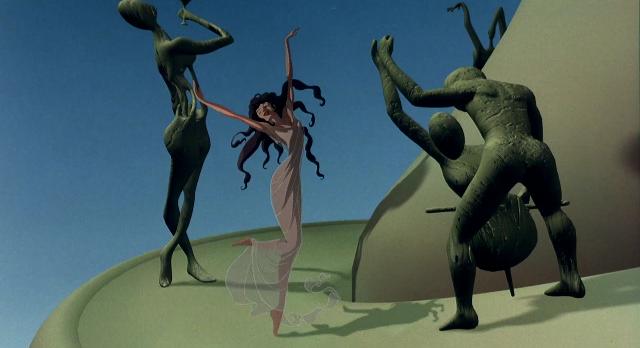 Salvador Dalí and Walt Disney started collaborating in a short film around the time of Dalí’s staying in Hollywood. However, financial difficulties and rumored artistic conflicts lead to the collaboration’s end. In “Disney Animation: The Illusion of Life”, Frank Thomas and Ollie Johnston stated about “Destino” that: ““The picture was not becoming quite what either of them hoped when they started”. And so this may have led to the project’s abandonment.

58 years and some days later upon the re-release of “Fantasia”, Roy E. Disney, Walt Disney’s nephew and the senior executive of The Walt Disney Company at this period, assembled a team of animators to recreate “Destino” from the original 135 storyboards and 22 paintings Dalí had done for the project, as well as, Walt Disney’s ideas for it. The result is a stunning visual ode to loss and rediscovery of love by a woman who experiences surreal transformations.